Over quarter of voters support infrastructure improvements, but only without tax hikes 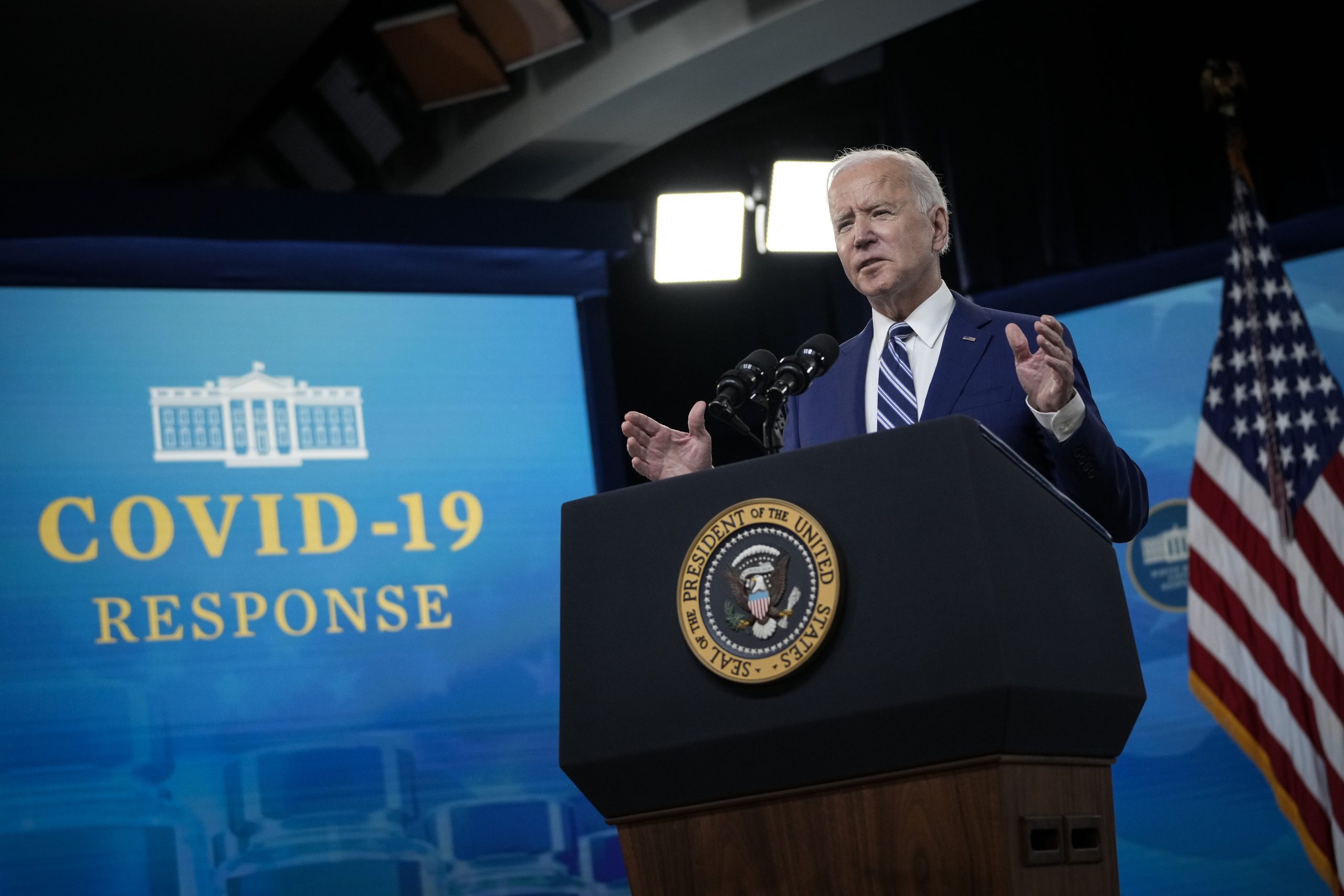 A new Morning Consult/Politico poll found that the $3 trillion infrastructure plan being put together by President Joe Biden, pictured on March 29, 2021, in Washington, D.C., is supported by 54 percent of voters if it is funded by taxes on Americans making over $400,000 and raising the corporate tax rate. (Drew Angerer/Getty Images)
By Claire Williams

President Joe Biden is expected to unveil his proposal Wednesday for $3 trillion in infrastructure spending, a plan that will reportedly be funded by tax increases on corporations and wealthy Americans.

There’s always risk involved, from a popularity standpoint, when it comes to raising taxes; it’s something that Republican lawmakers have promised they won’t do. Coming off a slate of economic policy measures that enjoyed backing from both parties’ voters, it appears that the tax increases being pitched to fund Biden’s infrastructure plan aren’t as popular, but still have support from a majority of registered voters. 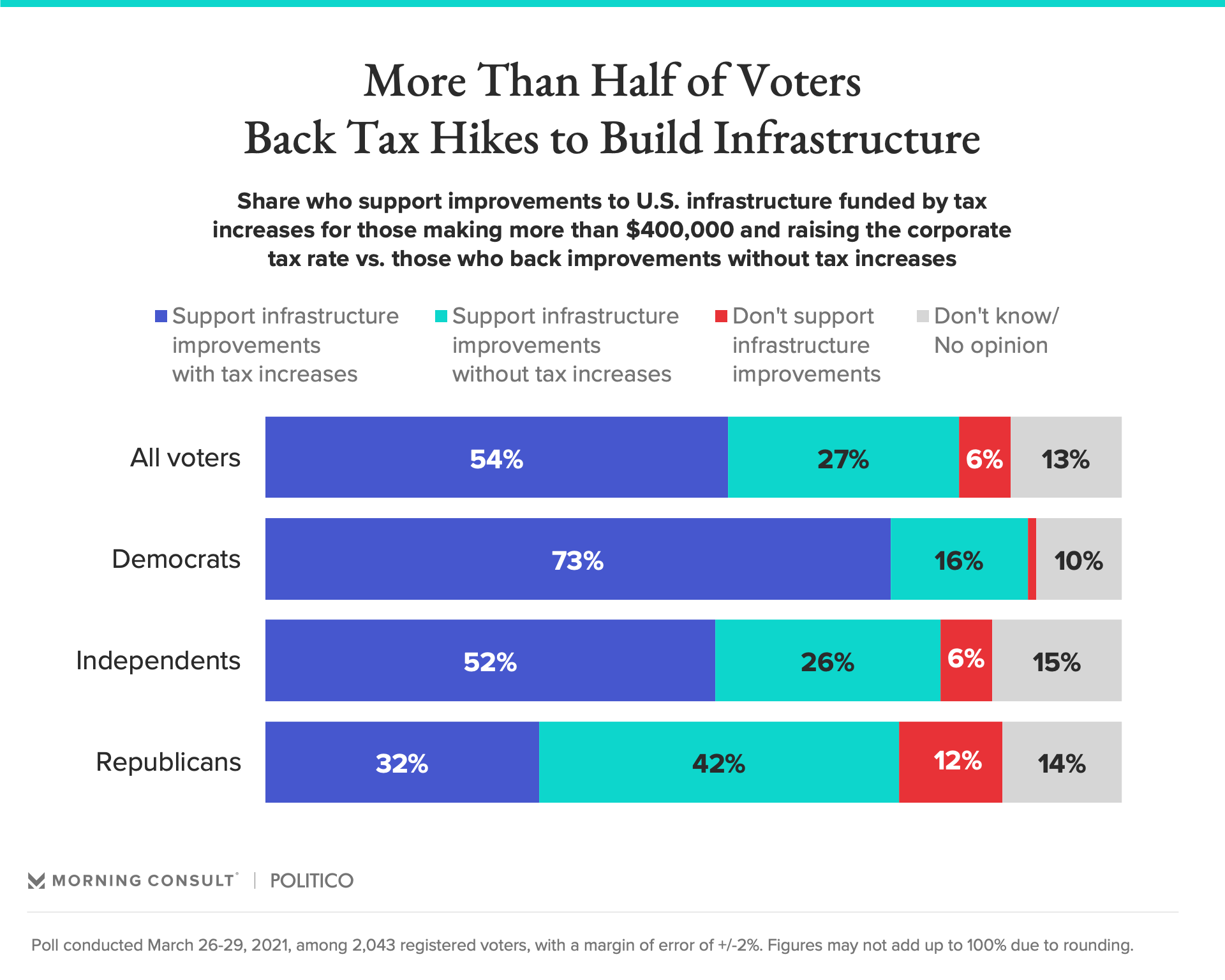 Democrats were far more likely than Republicans to say they support the tax increases to fund the Biden administration’s infrastructure projects: 73 percent to 32 percent, respectively. And 52 percent of independents said the same.

When considering tax hikes on high-earners or raising corporate tax rates separately, voters appear to prefer the former option as a means to fund the $3 trillion plan. 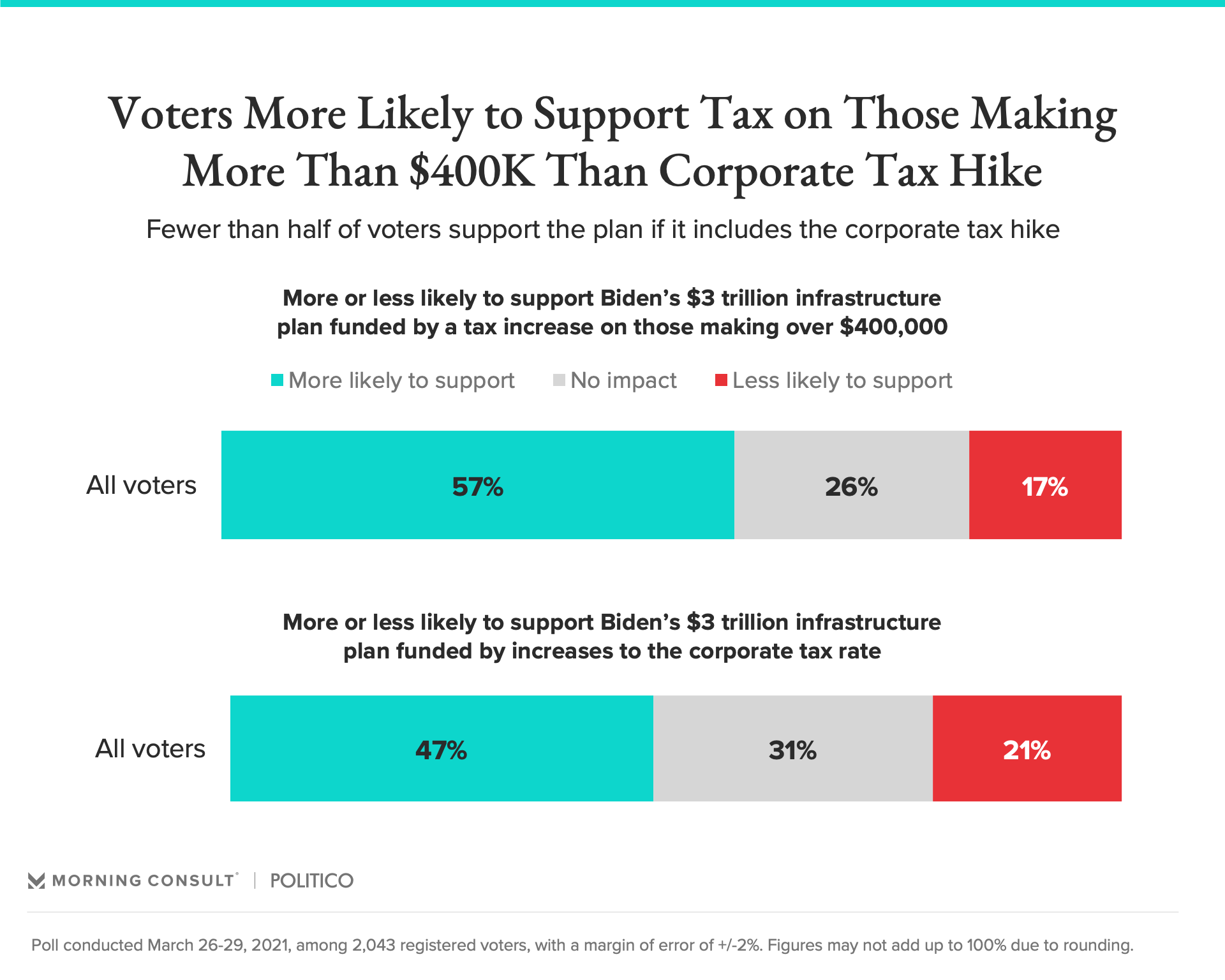 Fifty-seven percent of voters said they would be more likely to support Biden’s plan if it includes taxes on those high-earners, compared to 17 percent who said it would make them less likely.

There was a 10-percentage-point drop, to 47 percent, among voters who said that higher corporate taxes would make them more likely to support Biden’s infrastructure plan, while 21 percent said the increased tax would make them less likely to back it.

The survey was conducted March 26-29 among 2,043 registered voters and has a margin of error of 2 points.