Another Mass Shooting Leads to Calls for Gun Control. This Time, More GOP Voters Are Opposed

59% of Republicans are against stricter gun control laws, up 13 points from 2019 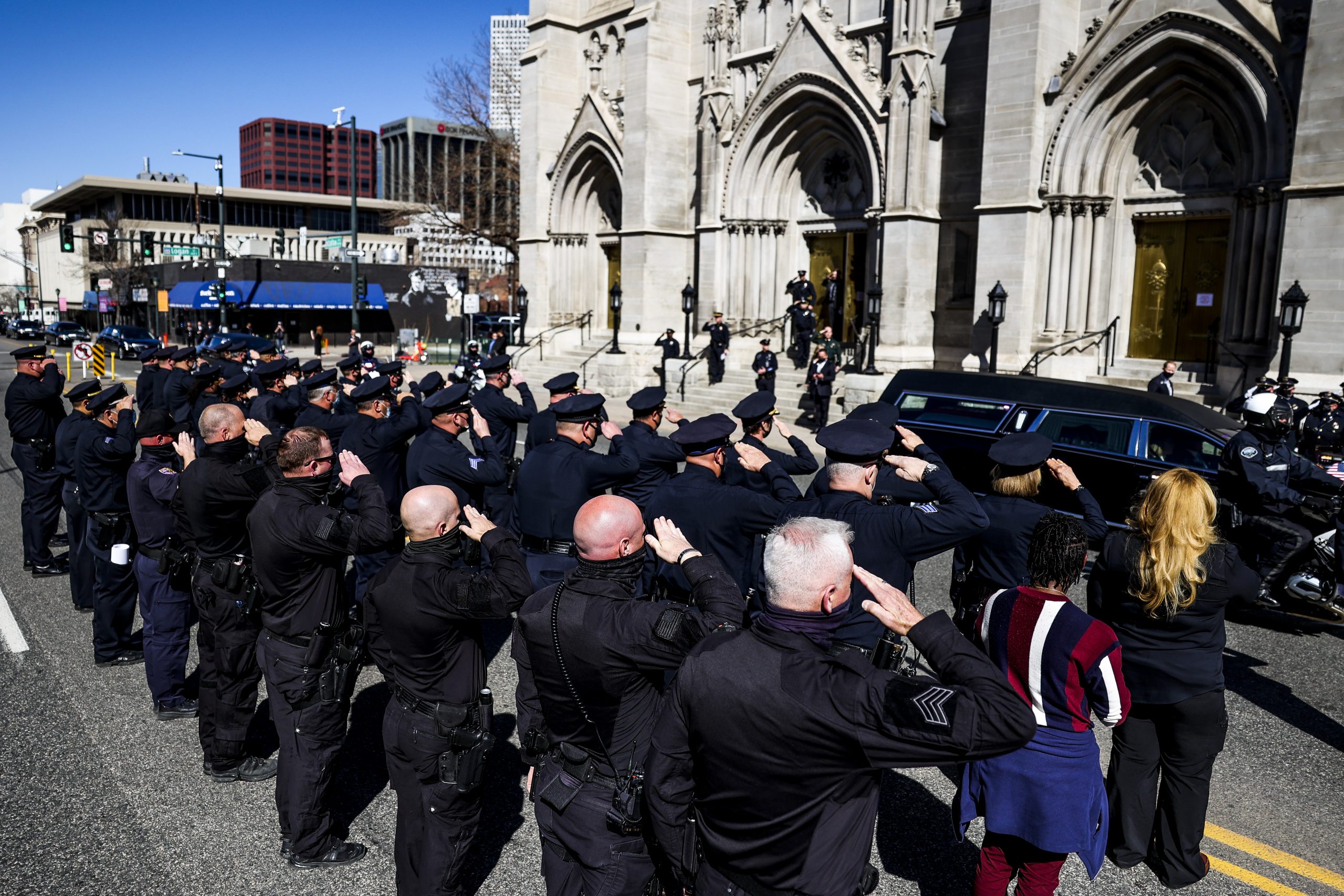 Police officers salute as the body of slain Boulder Police officer Eric Talley arrives at the Cathedral Basilica of the Immaculate Conception for a funeral mass on March 29, 2021, in Denver. Following mass shootings in Colorado and Atlanta, 59% of GOP voters oppose stricter gun control laws, up 13 points from August 2019. (Michael Ciaglo/Getty Images)
By Cameron Easley

Recent mass shootings in Georgia and Colorado have prompted gun-control advocates to once again demand action after the issue largely fell out of the public consciousness amid coronavirus-induced lockdowns. But new polling is likely to frustrate those advocates, with hardening Republican opposition moving public opinion in the other direction.

In the latest Morning Consult/Politico survey, which was conducted after gunmen left a combined 18 people dead at Atlanta-area massage parlors and a Boulder grocery store this month, 59 percent of GOP voters said they opposed stricter gun control laws in the United States. That’s up 13 percentage points from polling conducted after August 2019’s deadly attacks in El Paso, Texas, and Dayton, Ohio. 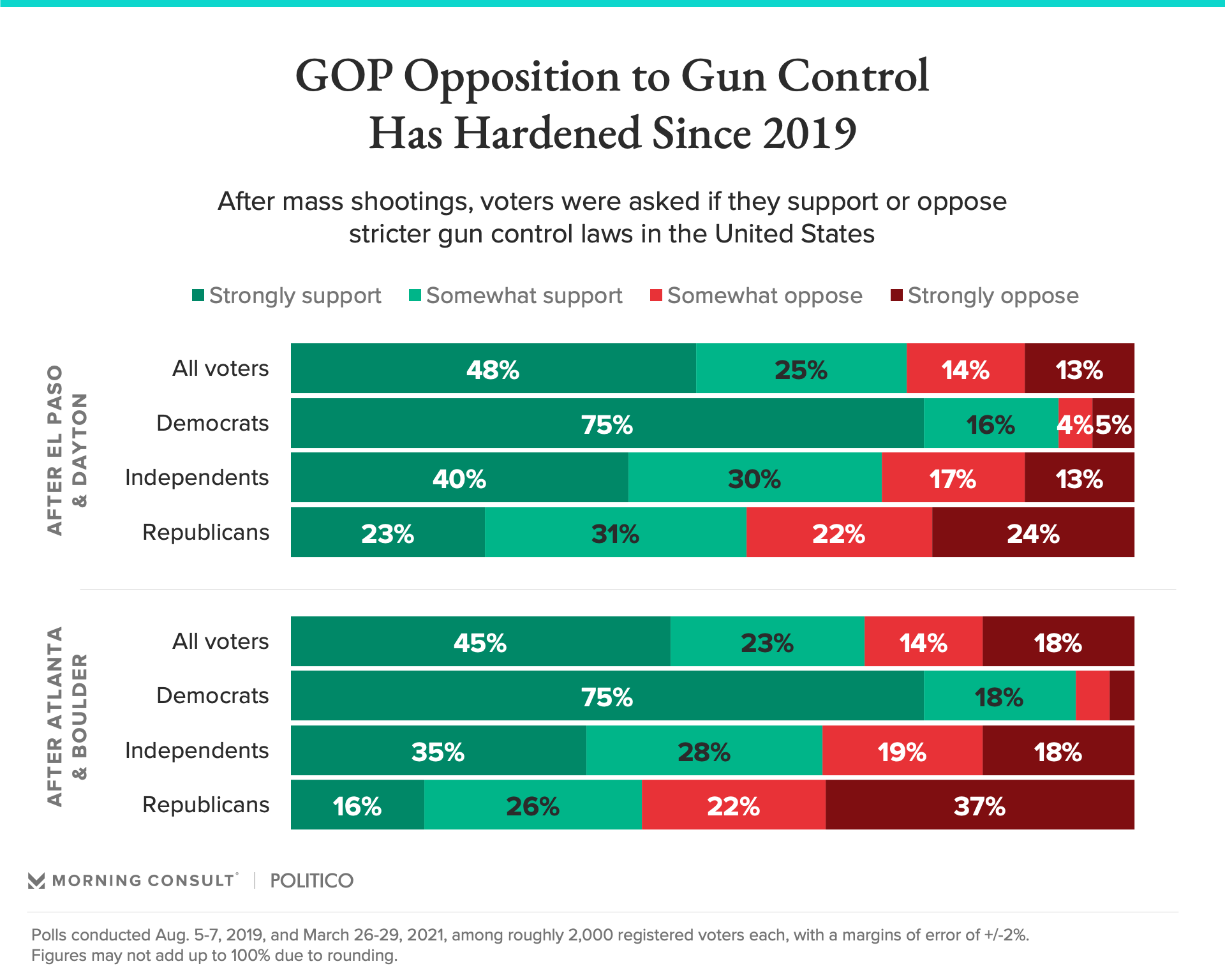 The new poll also shows that Americans are increasingly prioritizing Second Amendment rights over limits to gun ownership: A 48 percent plurality of voters now say protecting the rights of Americans to own guns is more important than limiting gun ownership, up 5 points from the poll conducted after the El Paso and Dayton shootings, while the share who prioritize limiting gun ownership dropped from 47 percent to 43 percent during the same time.

The trendlines suggest an uphill climb for those seeking overhauls to gun laws in the United States, despite backing from nearly 7 in 10 registered voters overall. While the prospect of a compromise on Capitol Hill isn’t necessarily unfathomable, congressional Republicans tend to govern and message with an eye on their right flank, and backing a bill that is much more likely to be strongly opposed by GOP voters than it is to be strongly supported could make conservatives susceptible to a primary challenge.

Guns are also tepid political ground for President Joe Biden, who began office with a low approval rating on gun policy, which Republicans will likely use to animate their base as the party tries to deprive Democrats of their threadbare House and Senate majorities in next year’s midterm elections.

In the latest poll, 43 percent of voters approved of Biden’s handling of gun policy, up 3 points from earlier this year, but the topic, along with immigration, is still one of the weakest issue areas for the Democratic president.