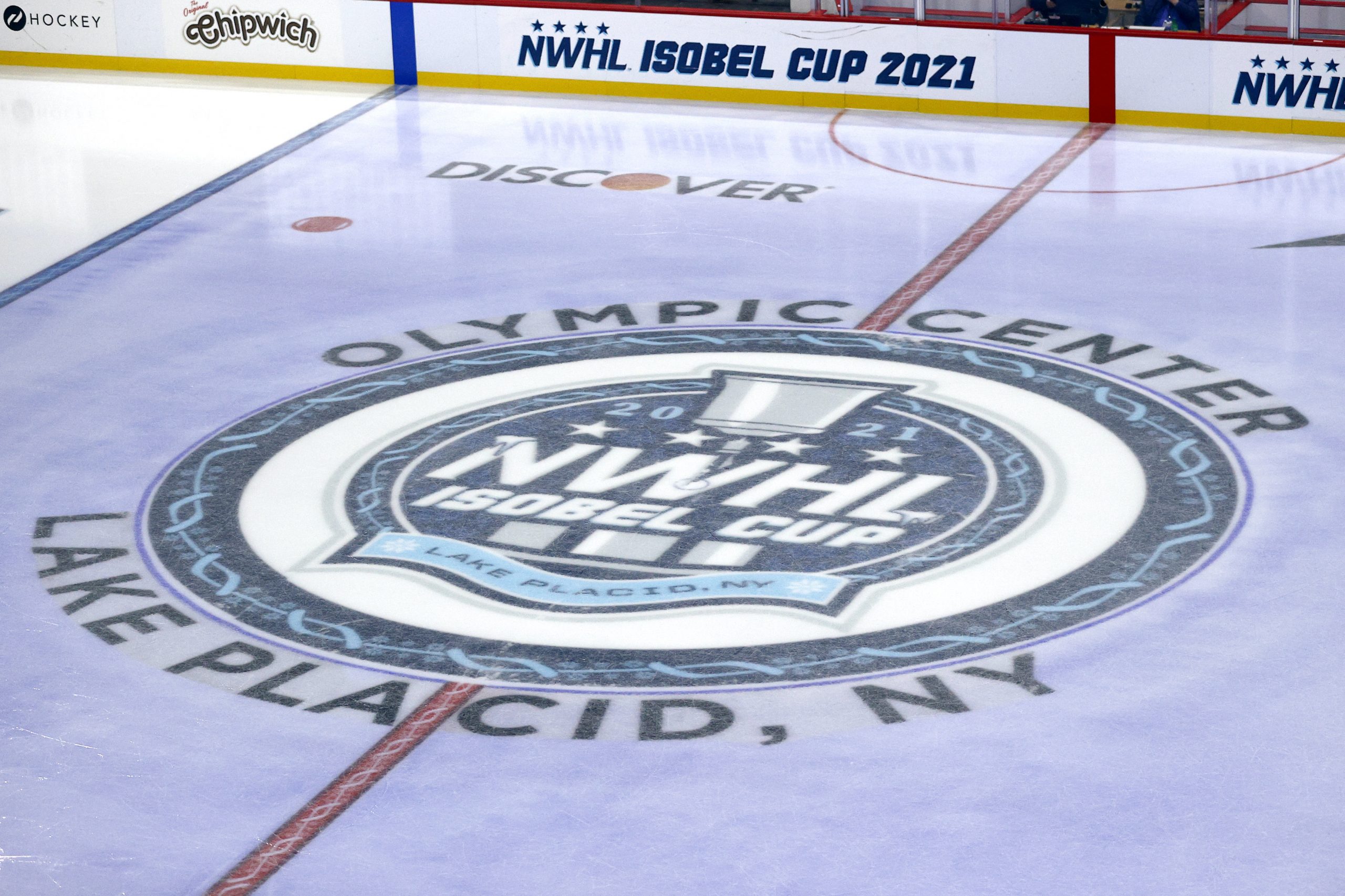 The NWHL canceled plans to conclude its season in Lake Placid, N.Y., after a COVID-19 outbreak among teams. The operator of the N.Y. venue blamed the league's inability to "comply with its COVID-19 obligations," according to a letter obtained by Morning Consult. (Maddie Meyer / Getty Images)
By Alex Silverman

Two days after the National Women’s Hockey League suspended its 2021 season in Lake Placid, N.Y., due to a COVID-19 outbreak among participants, the operator of the New York State rink housing the competition put the blame squarely on the league, according to records obtained by Morning Consult, telling its commissioner the NWHL would have to pay a six-figure fee and find another place to finish the season.

In a Feb. 5 letter to NWHL interim Commissioner Tyler Tumminia obtained via a Freedom of Information Law request, New York State State Olympic Regional Development Authority Assistant Counsel Adam Powers said the league “materially breached its obligations to comply with its COVID-19 obligations” under their venue use agreement, and that the violations of the agreement were “solely attributable to the acts and omissions of the NWHL.”

Powers also demanded in the letter that the league pay the full $225,000 fee specified in the contract despite the event not being completed as planned. The contract called for the NWHL to pay half of that fee as an initial deposit, so the most the league would presumably owe ORDA is $112,500.

Neither ORDA nor the NWHL responded to requests for comment on whether the league had paid the fee in full.

The incident underlines the challenges sports properties and venues have had to grapple with in holding events safely amid the coronavirus pandemic.

The demand for payment shows that in addition to suffering a reputational setback, the suspension of the season had some financial ramification for the league, as well. While the six-figure sum wouldn’t be much to high-revenue sports leagues, it’s significant for a league in which the salary cap for an entire team’s roster in 2020 was reportedly $150,000.

The letter didn’t offer specifics about how the league violated the protocols, but media reports throughout the tournament documented several examples of the NWHL not strictly maintaining its so-called bubble environment, including players walking around town instead of remaining confined to their hotel rooms, and teams bringing in outside players after games had already started.

Teams were in Lake Placid for a two-week competition that was supposed to culminate in the crowning of a league champion on national TV for the first time.

In the contract, the two sides agreed that if a COVID-19 outbreak among participants in the tournament caused the event to end prematurely, they would both “work in good faith to reschedule and hold the event as soon as possible at a mutually agreeable time.” In his termination letter, however, Powers wrote that it was “not practical under the circumstances to provide the NWHL with any further opportunity to remedy its breach” given the risks to the participants, staff members and the local community.

The league did eventually finish its season with a four-team event last month at the Warrior Ice Arena in Boston, where the hometown Pride lifted the Isobel Cup after defeating the Minnesota Whitecaps. NBC Sports Network aired the final three matches, marking the first time professional women’s hockey aired on a major cable network and giving the league the stage it sought prior to the suspension of the initial season.

It’s unclear how much additional expense the league incurred by relocating the championship competition.

The NWHL first announced plans to play a two-week “bubble season” in October 2020, months after it was forced to cancel its 2020 Isobel Cup title game at the onset of the pandemic in March. It chose the 1980 Rink-Herb Brooks Arena in Lake Placid, which ORDA has operated since 1981, as the site for the games and scheduled play to run from Jan. 23-Feb. 5, 2021.

The NWHL’s sixth season got off to a promising start, with the league achieving record-breaking viewership for games streaming on Twitch and major brands such as Discover Financial Services and Dick’s Sporting Goods Inc. signing on as league sponsors.

There were signs, however, that the so-called bubble wasn’t as tight as the league initially described. Things began to unravel when several players on the Metropolitan Riveters tested positive for the novel coronavirus, forcing the team to withdraw, and got worse when the Connecticut Whale bowed out due to concerns about the virus. It was later reported that members of both the Whale and Pride had also tested positive.

Tumminia said in a Feb. 3 press conference that the league conferred with ORDA in its decision to suspend play and thanked the authority’s staff for helping to facilitate the event up to that point. Meanwhile, a spokesperson for ORDA told The New York Times it was working to “evaluate the cases as well as the league’s compliance with the required health and safety protocols.”