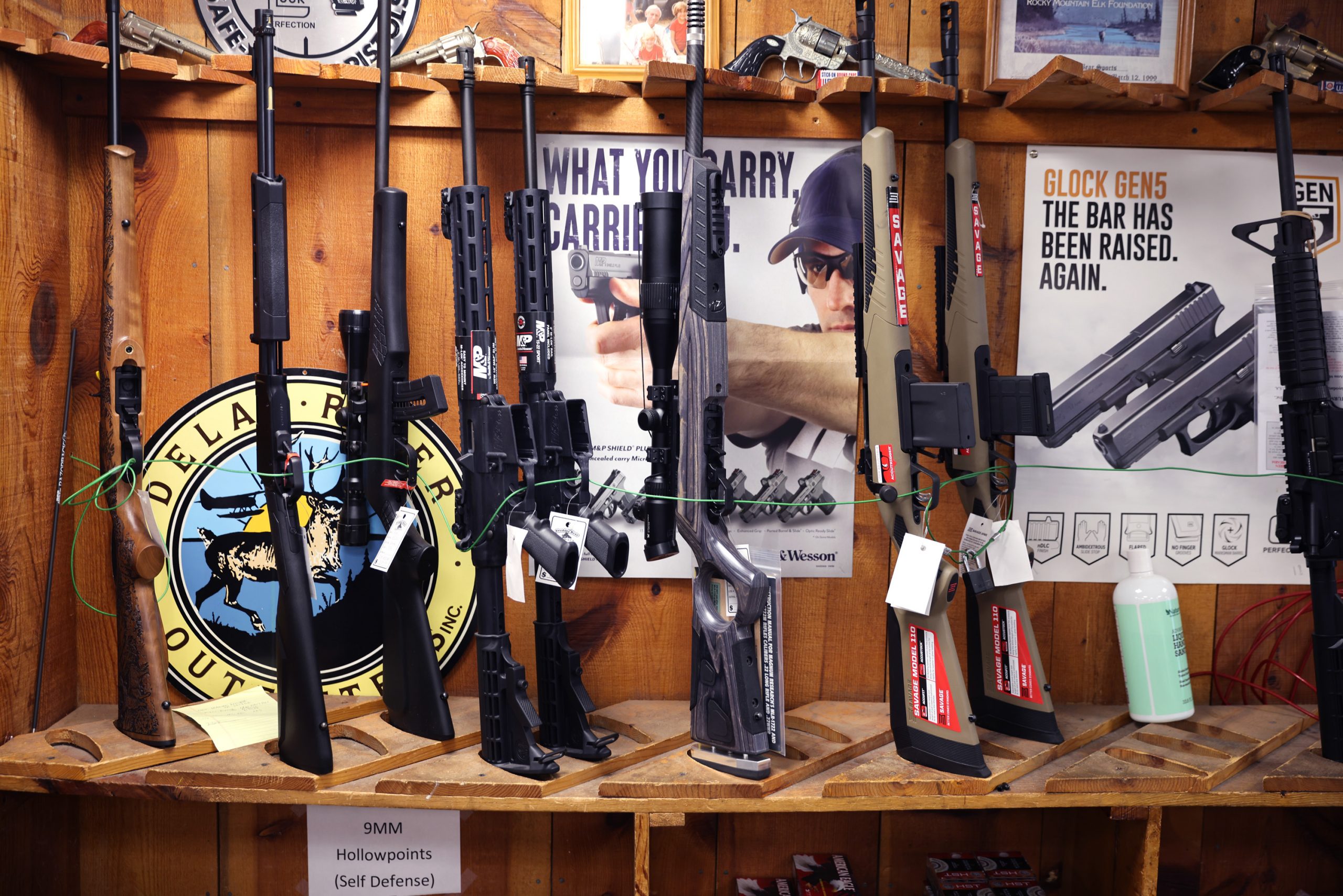 In the April 9-12 poll, 63 percent of voters said they supported an executive order announced by Biden on April 8 that seeks to limit the proliferation of so-called “ghost guns,” firearms that can be assembled from kits and consequently skirt background checks.

Nearly half of voters also said they supported Biden’s move to more stringently regulate access to stabilizing braces, a device that enhances the accuracy of pistols and was used in the March 22 shooting that left 10 people dead at a grocery store in Boulder, Colo.

The poll was conducted among 1,992 registered voters with a margin of error of 2 percentage points. 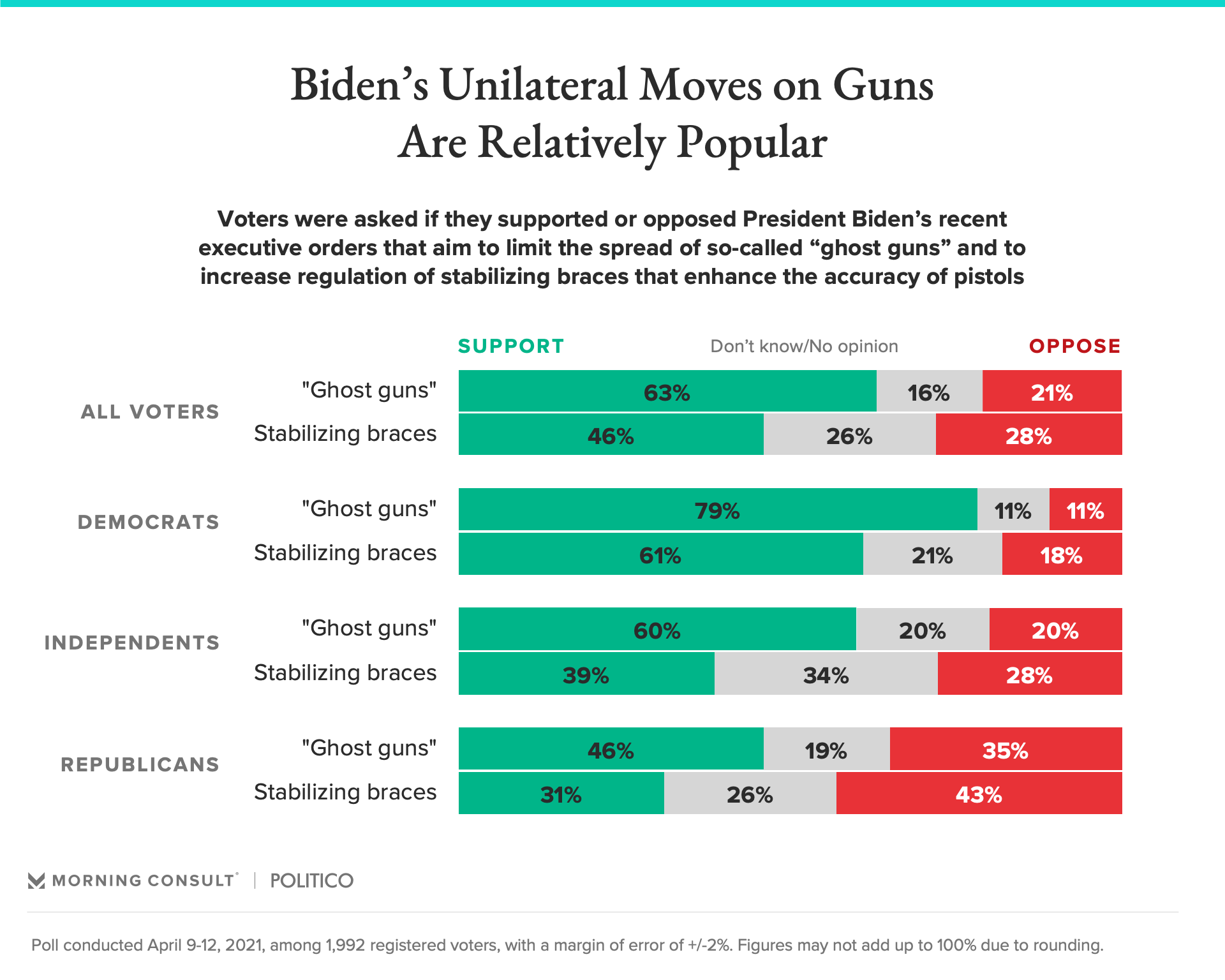 Opposition to enhanced regulation of stabilizing braces was slightly higher than it was for ghost guns, driven largely by dissent among GOP voters: While GOP voters favored steps to limit the spread of ghost guns by an 11-point margin, they were 12 points more likely to oppose than support action on stabilizing braces.

Most Democrats supported both courses of action, while 2 in 5 independents favored the crackdown on stabilizing braces and 3 in 5 supported limiting ghost guns.

Putting the moves into broader context, Biden’s order on ghost guns ranks as the 11th-most popular action he’s taken since his inauguration, according to Morning Consult tracking of 39 executive orders, while the stabilizing-brace regulation ranks at No. 32.

The 46th president entered office facing something of a trust deficit on gun issues. A Morning Consult/Politico poll conducted nine days after his inauguration found that just 40 percent of voters approved of his handling of the topic, ranking it last in a list of 14 issues. That share increased by 7 points in the latest poll, though his disapproval rating on the topic also ticked up by 4 points, from 35 percent to 39 percent.

Related: GOP Governors Could Be Star Recruits to Win Back the Senate Majority. But How They Look on Paper Doesn’t Tell the Whole Story

The findings suggest that Biden’s early posture toward guns doesn’t pose a dire political threat ahead of next year’s midterm elections — though the Democrats’ slim majorities in both chambers mean Republicans may not need to rely on a glaringly unforced error in order to ride traditional midterm dynamics back to power.

And while the recent shootings in Boulder and Atlanta have gun control advocates once again pressing for federal action, the polling continues to show an uphill climb. With cooperation from at least nine Senate Republicans necessary to advance legislation in a chamber where the filibuster remains intact, the latest poll finds 54 percent of GOP voters opposed to stricter gun measures, with 37 percent strongly opposed.

Given congressional Republicans’ refusal to support Democratic initiatives — even ones that boast majority support among their own base, such as the COVID-19 relief package — the prospects of a grand bargain on gun ownership appear dead on arrival.