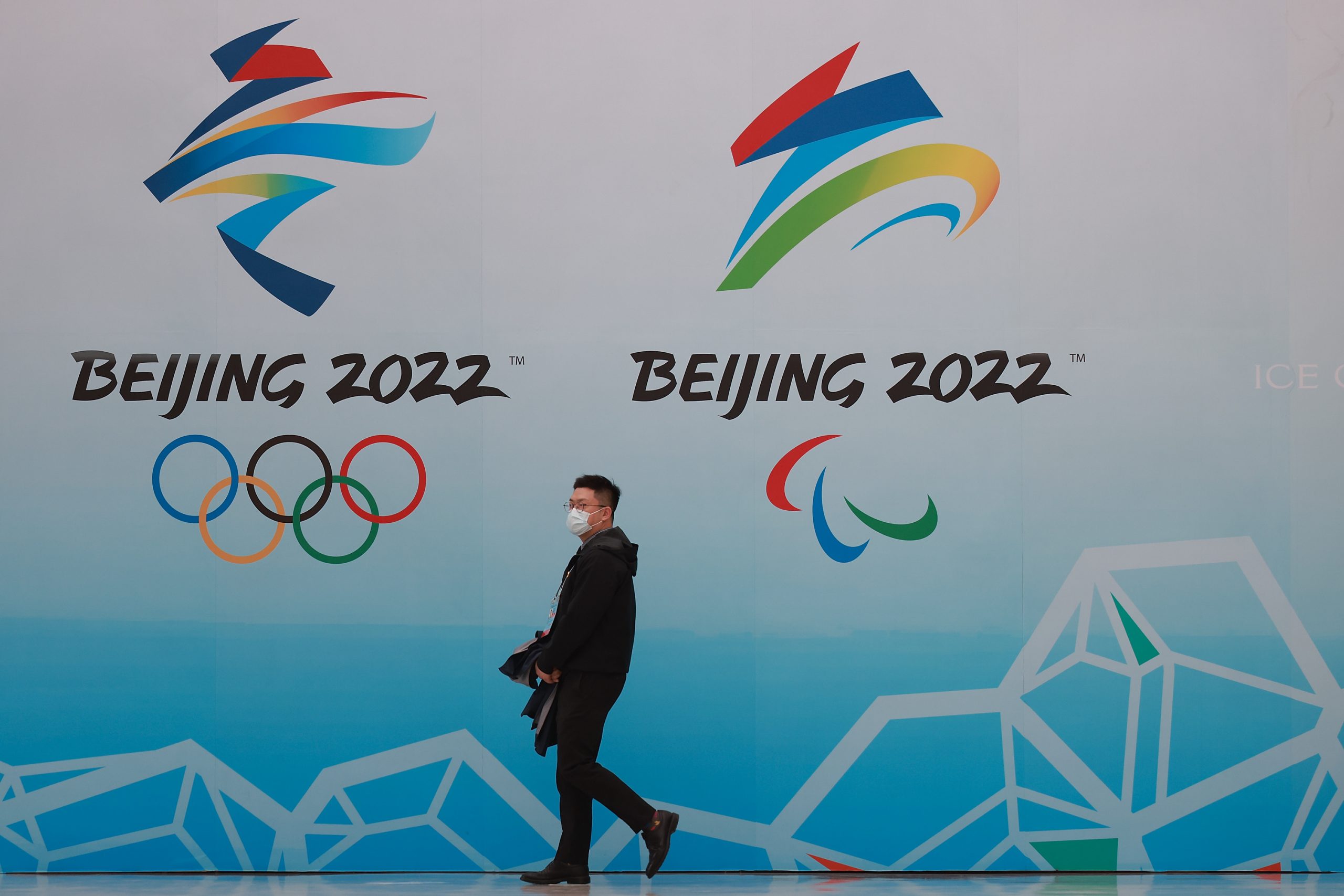 Sixty-four percent of U.S. adults said they did not support calls to skip next year's Winter Games in Beijing, according to new Morning Consult polling. (Lintao Zhang / Getty Images)
By Alex Silverman

The two biggest sporting events of 2022 — the Winter Olympics in China and the FIFA World Cup in Qatar — have become political lightning rods due to their host countries’ checkered human rights records. And while calls to boycott both events have intensified in many Western nations, the majority of Americans and Britons have not yet thrown their support behind calls to sit out. 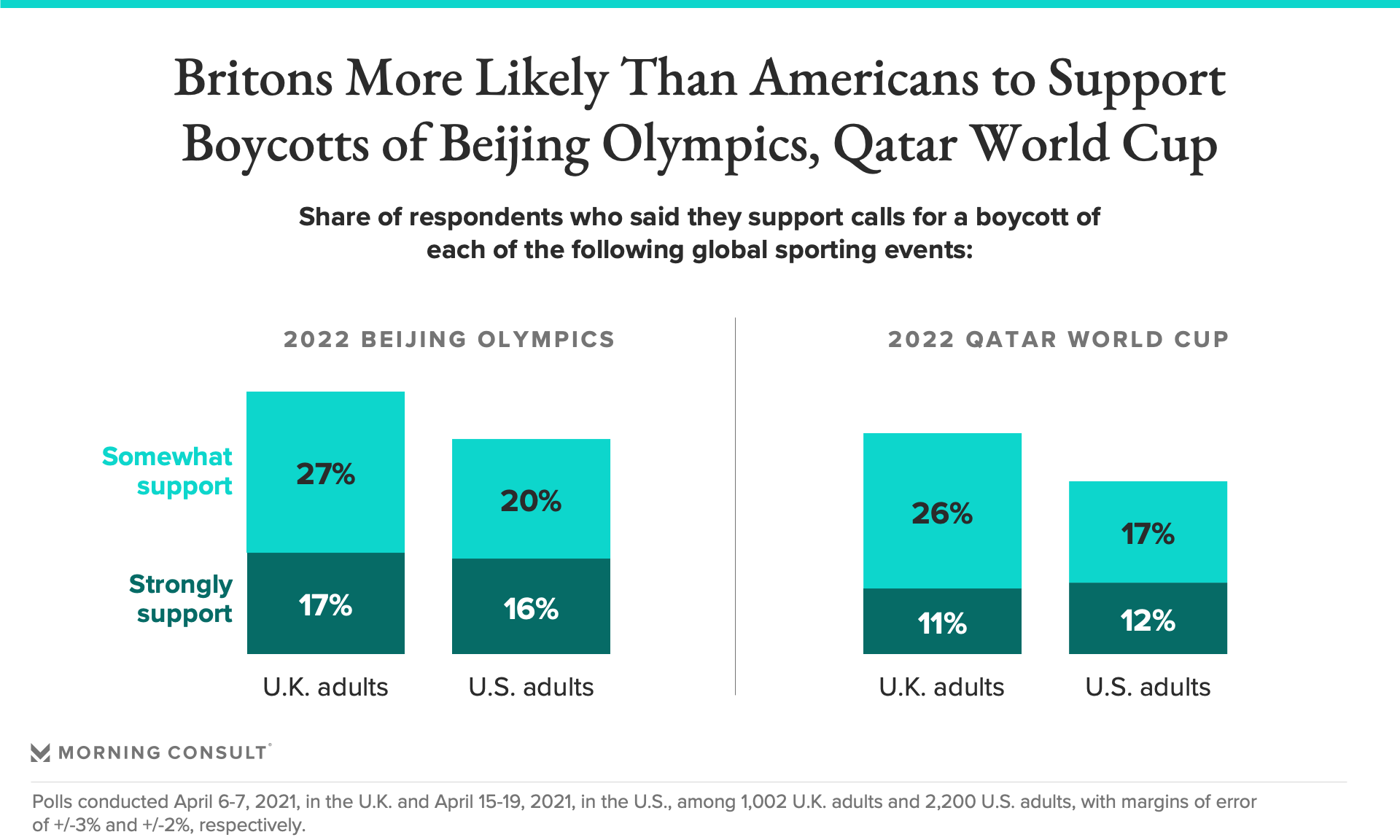 The polls of 1,002 U.K. adults and 2,200 U.S. adults were conducted April 6-7 and April 15-19, respectively. Responses among Americans carry a margin of error of 2 percentage points, while British responses have a 3-point margin of error.

The Chinese government has faced strong condemnation for human rights violations against ethnic minorities in the country, including Uyghurs, the Turkic ethnic group native to China’s northwest Xinjiang region, the majority of which identify as Muslims. The Biden administration sanctioned two Chinese officials for human rights abuses against Uyghurs last month, while Beijing has rejected U.S. allegations of genocide against the group. The human rights violations were not mentioned in the prompt prior to asking respondents their opinion about a potential boycott. 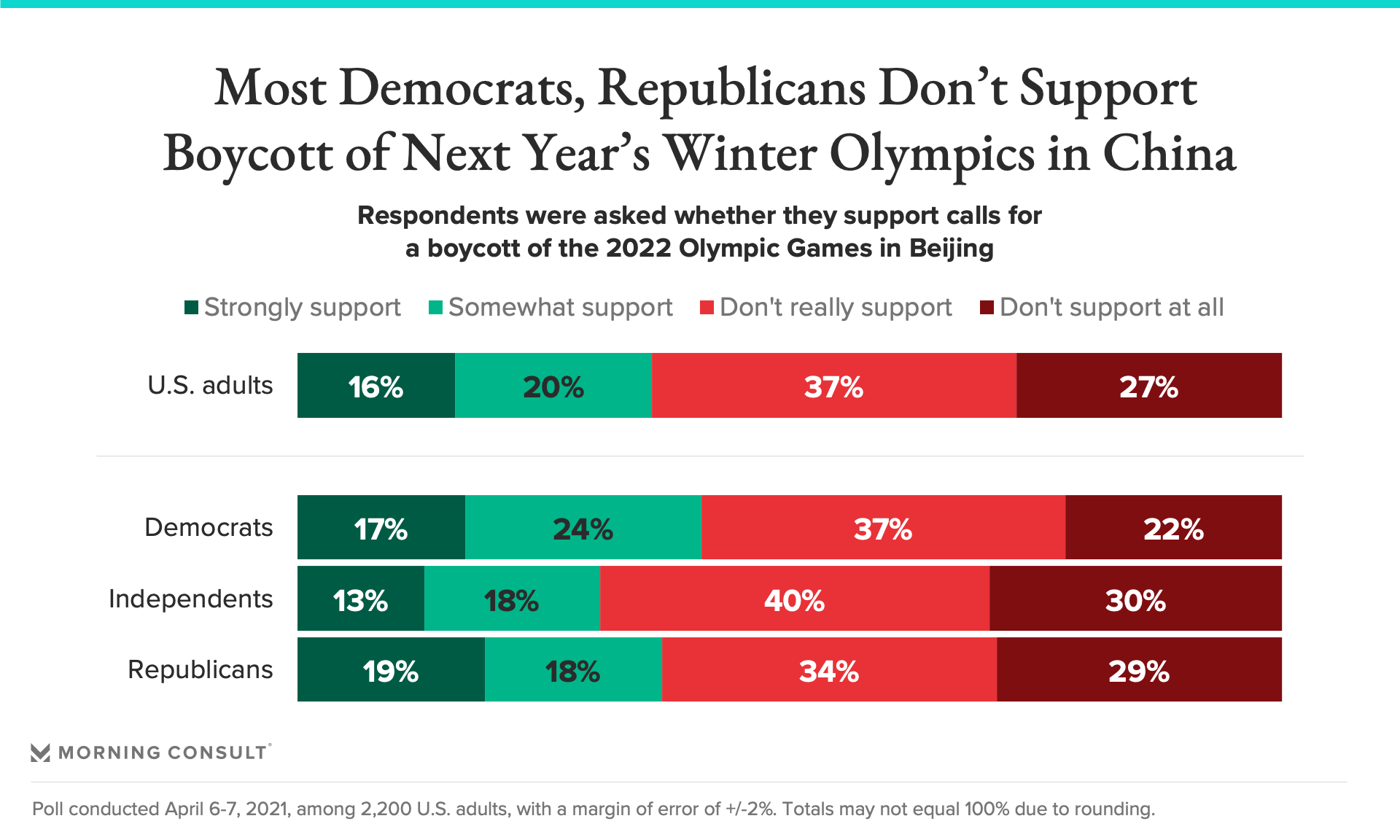 While Republican politicians have spearheaded calls for boycotts of China’s Winter Games in the United States, Democrats were about as likely as Republicans to support such a move. Independents were significantly less likely than partisans on either side to back the calls for a boycott.

The Qatari government has been condemned for human rights issues on its soil, which include alleged abuse of migrant workers hired to build the infrastructure for the World Cup. Last month, players for Norway’s national team protested against holding the tournament in Qatar, sporting T-shirts on the pitch that read, “Human rights on and off the pitch.”