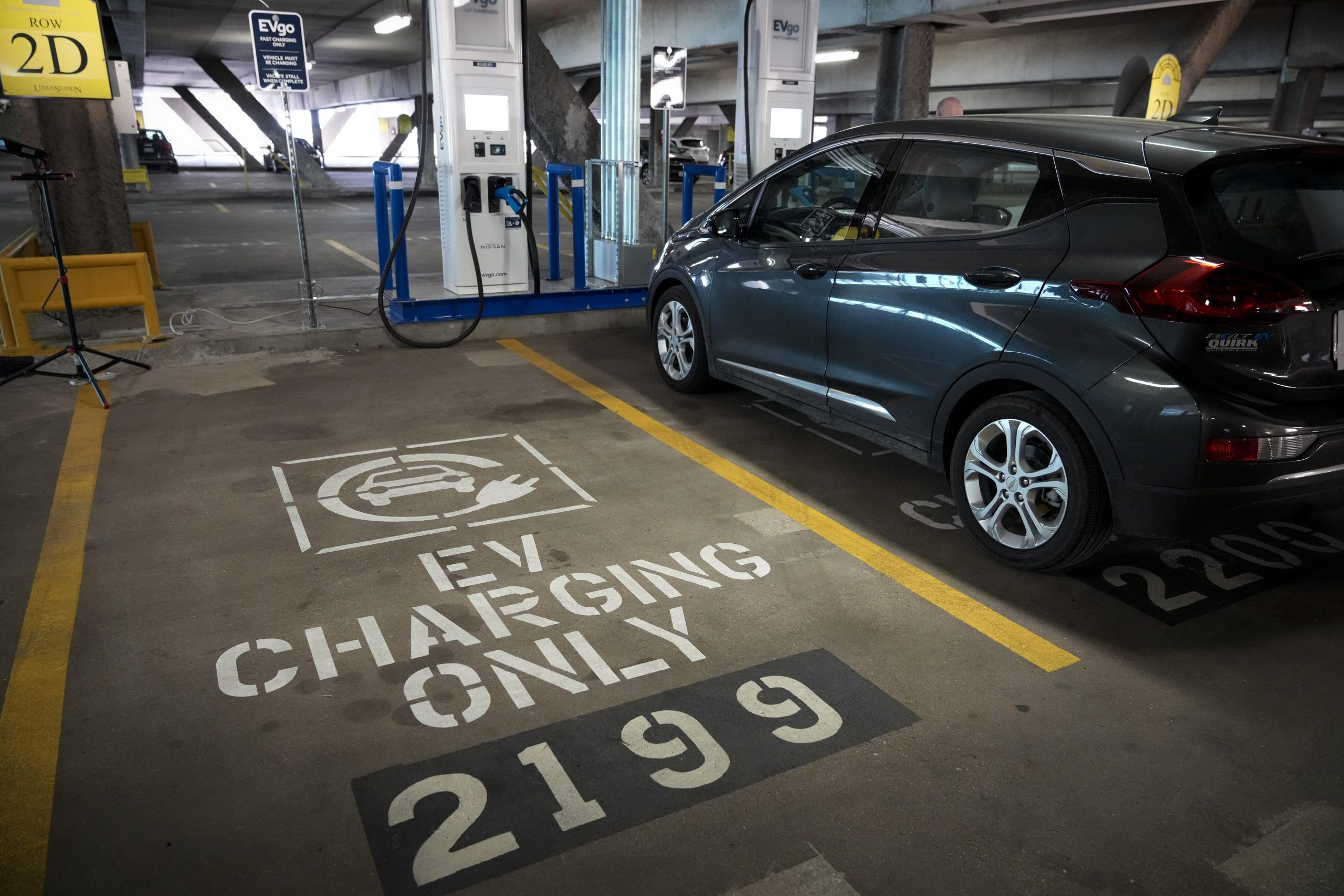 The coming decades will require a balancing act for electric utilities, as they juggle the occasionally competing priorities of decarbonization, climate resilience and power reliability in an increasingly electrified world.

And for many of these priorities, a deadline looms: 2035. Among his campaign plans, President Joe Biden set an objective of a carbon pollution-free power sector by 2035, and both policymakers and certain car manufacturers are increasingly pushing to make all new vehicle sales zero-emissions by that date, as well (with a recent report saying the latter target is doable).

However, making this dramatic potential shift in less than 15 years cannot occur in a vacuum. According to a new data analysis from Atlas Public Policy provided exclusively to Morning Consult, if the 2035 EV new adoption goal comes to fruition, the power demanded by these vehicles is projected to take off starting in the middle of this decade. 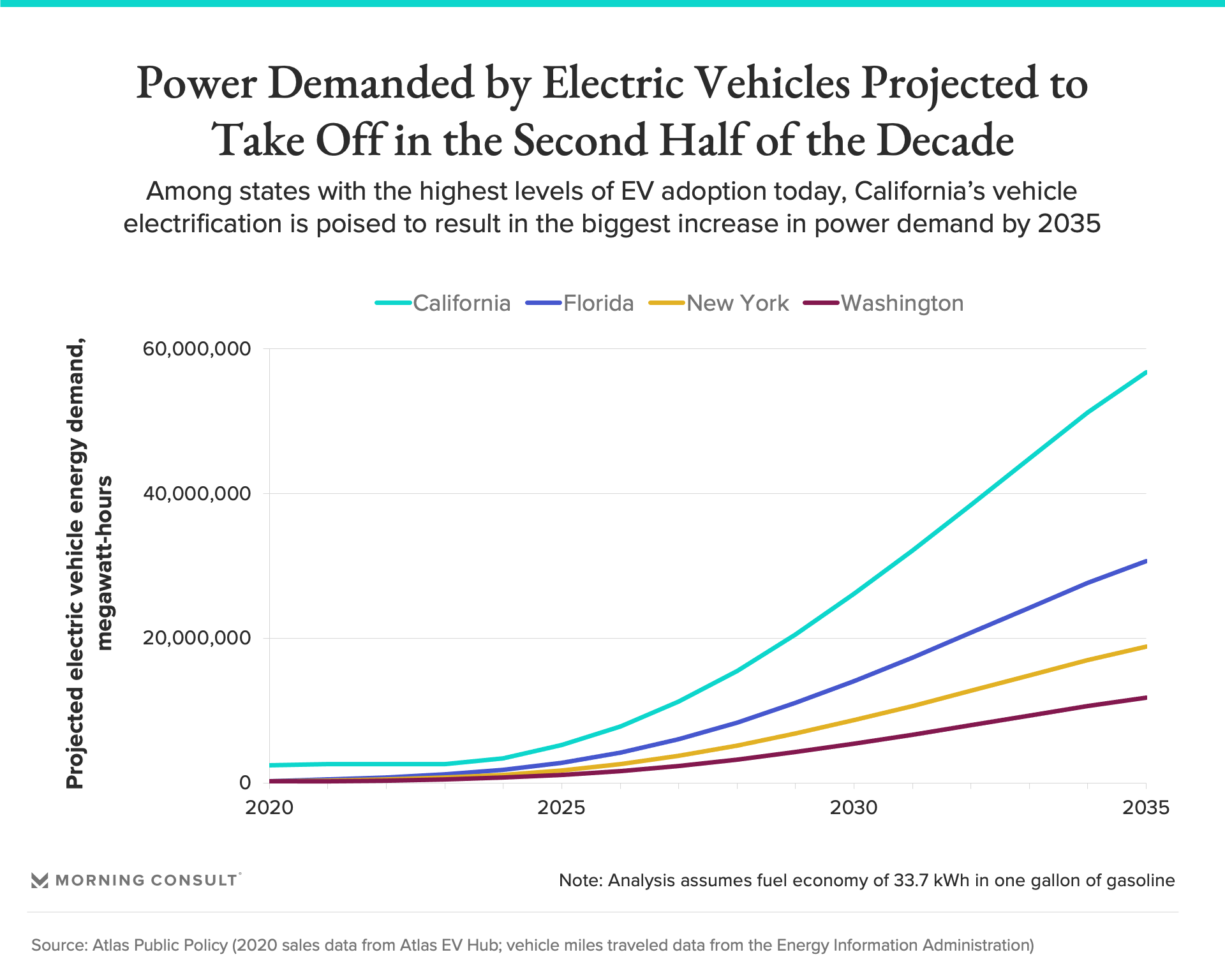 While California, Florida, New York and Washington in particular have already seen relatively high levels of EV adoption compared to the rest of the country with its roughly 2 percent overall adoption rate, their current numbers still represent shares in the low single-digits of overall automobile usage. As such, the question of how much energy demand an electrified transportation sector will add to the grid has remained a question mark.

But Atlas’ analysis of those four states has found that to meet the 2035 electrification timeline, the projected energy demanded by EVs will likely remain relatively low in the next five years, only taking off around 2025. By 2035, EVs in California alone are projected to demand over 55 million megawatt-hours annually. Of the four, Washington EV drivers will demand the lowest energy from the state’s grid, at roughly 12 million Mwh.

While some have fretted about the overall impact of EVs on power demand, the total projected increase in demand in these four states is small compared to their overall power generation; for instance, in Florida, even at 100 percent EV adoption in 2035, the vehicles will demand in the neighborhood of 31 million Mwh annually; this represents 12.5 percent of the more than 245 million Mwh the state generated in 2019. 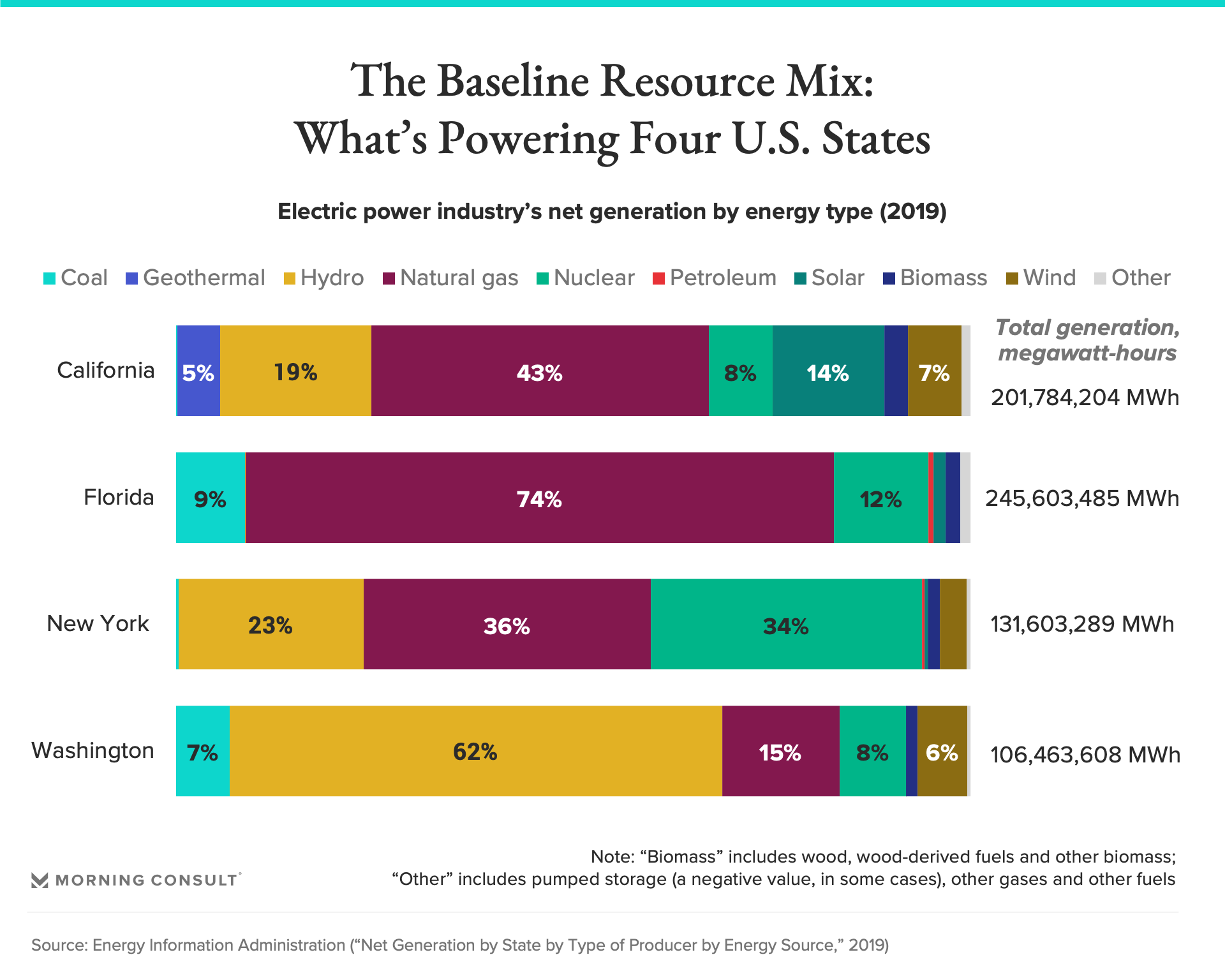 With their relatively high levels of EV adoption already, the trajectories of these states can serve as case studies for the market transformation that the country as a whole is soon to undertake, assuming all goes as planned for the Biden administration.

This rapid potential EV adoption and accompanying increase in power demand, however, could be seen to complicate the process of decarbonization that utilities are also attempting to negotiate, but Lucy McKenzie, a director at Atlas, believes that the tasks can be handled simultaneously.

“The addition of this load will be incremental as we move forward, and electric utilities are very good at adding load incrementally,” she said, adding that the country has weathered more dramatic shifts in energy demand in the past.

Though EV adoption is “definitely an inflection point for our grid,” McKenzie said, she cites as a point of comparison “the addition of air conditioning to the electric grid, which is — I bet if you ran the numbers — a much bigger impact than these.”

Related: Electrifying All New Vehicles Sales by 2035 Can Be Done, Would Save U.S. Consumers $2.7 Trillion by 2050, Report Finds

Considering the fact that utilities have figured out the puzzle of how to account for the seasonal pattern of AC demand, McKenzie said she “has confidence we can do the same here.”

The four states differ in their resource mixes as of 2019, when the Energy Information Administration last published complete power generation data, but are broadly dominated by a combination of hydro, natural gas and nuclear. California is the only one with more than 20 percent of its generation coming from wind and solar — power sources that the Biden administration has made a point of prioritizing so far in its policy discussions.

Asked what has made these four states especially successful in facilitating the transition to EVs so far, McKenzie said they have been proactive in getting drivers behind the wheel by targeting multiple potential consumer concerns in tandem; upfront incentives to purchase a new EV are not effective if the charging infrastructure in a given community is not in place, and charging infrastructure investments will not pay dividends if manufacturers are not distributing EVs where they are demanded, she said.

And as utilities and policymakers weigh how to ease the country’s steady march toward a transformed 2035 energy system, McKenzie said debates over specific EV policies are “less valuable than thinking about the ecosystem or the combination of policies that have to really intertwine and work together to get us there.”

Correction: A previous version of this story reflected an error in the data provided by Atlas; the electricity demanded in EVs was initially provided in gigawatt-hours, but mislabeled as megawatt-hours. The numbers and charts have been updated upon receiving the correct data, and as such, if Florida hits the 100 percent new EVs target by 2035, the vehicles are projected to demand 12.5 percent of the state’s 2019 power generation, not 1.27 percent