Curbing Drug Costs Should Be a Top Priority for Congress, 1 in 2 Voters Say 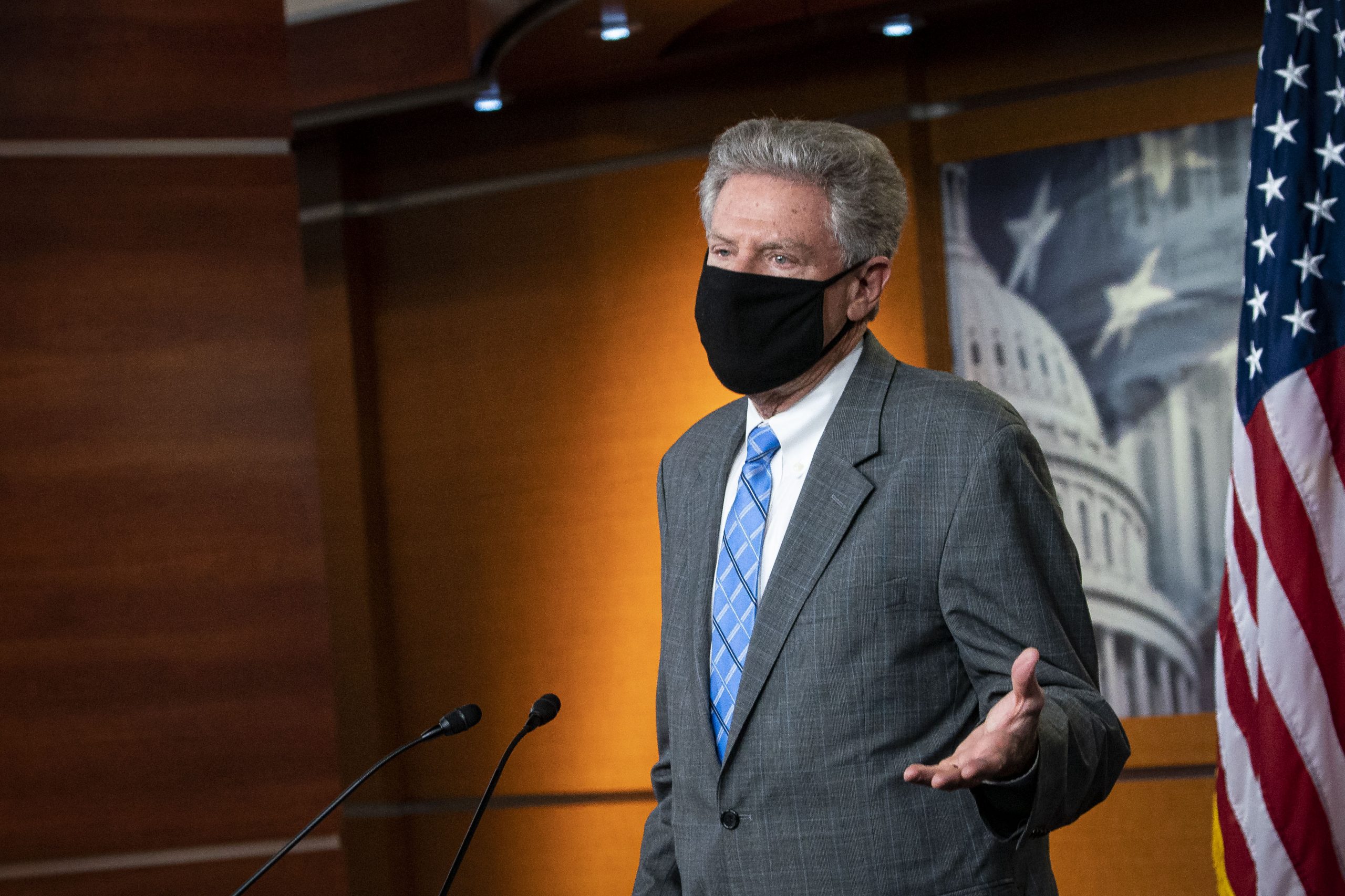 House Energy and Commerce Committee Chairman Frank Pallone (D-N.J.), pictured at the U.S. Capitol on Nov. 6, 2020, in Washington, D.C., told reporters on May 4, 2021, that he will “use whatever vehicle I can” to pass H.R. 3, House Democrats’ drug pricing bill. (Al Drago/Getty Images)
By Gaby Galvin

As the debate over drug pricing reform heats up in Congress once again, half of voters say passing legislation to lower drug costs should be a top priority for lawmakers, according to new Morning Consult/Politico polling.

House Democrats are pushing forward on their signature drug pricing bill, H.R. 3, which would allow the federal government to directly negotiate the prices of some medications through Medicare — but the path forward is narrow. Republicans oppose the measure; it’s not clear where some Senate Democrats stand, and pharmaceutical companies and their allies will be on the offensive.

On Tuesday, for example, as lawmakers debated drug pricing legislation during a House Energy and Commerce Committee hearing, the conservative advocacy group Americans for Prosperity said it rolled out a six-figure ad campaign opposing the bill, claiming it would lead to drug shortages and stifle innovation. 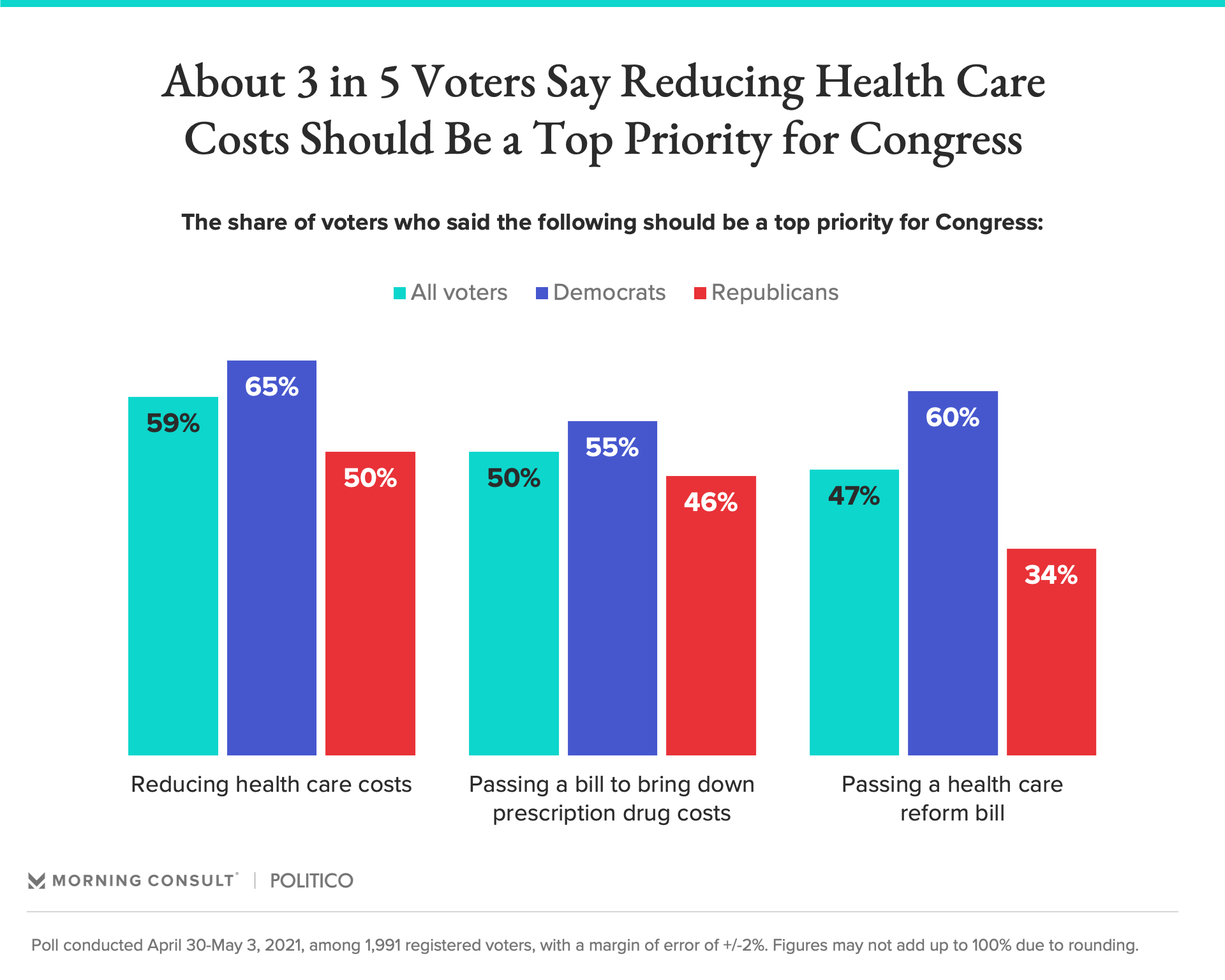 “The public is still in a place where, even recognizing the contributions that the pharma companies have made on COVID, they want lower prices,” said Margarida Jorge, the campaign director for Lower Drug Prices Now, an advocacy group pushing for H.R. 3 to be included in a legislative package this year.

Another 59 percent of voters, meanwhile, said bringing down health care costs should be a top priority for Congress, while 47 percent said the same of passing a health care reform bill. The survey of 1,991 registered voters was conducted April 30-May 3 and carries a margin of error of 2 percentage points.

Lawmakers have been itching to show constituents they’ve made progress on the issue. Last year, negotiations between Sens. Ron Wyden (D-Ore.) and Chuck Grassley (R-Iowa) stalled out on a bipartisan drug pricing proposal that would have, among other measures, capped seniors’ out-of-pocket drug costs through Medicare. Now, with Democrats controlling both the House and the Senate, Wyden is instead betting on the more ambitious H.R. 3.

Working with Wyden is Rep. Frank Pallone (D-N.J.), chair of the House Energy and Commerce Committee, who told reporters Tuesday he would “use whatever vehicle I can” to pass H.R. 3, including tucking the measure in a legislative package focused on infrastructure or jobs.

“We don’t think we’re going to get multiple bites at the apple here,” Jorge said. “We waited a long time just to get to this point.”