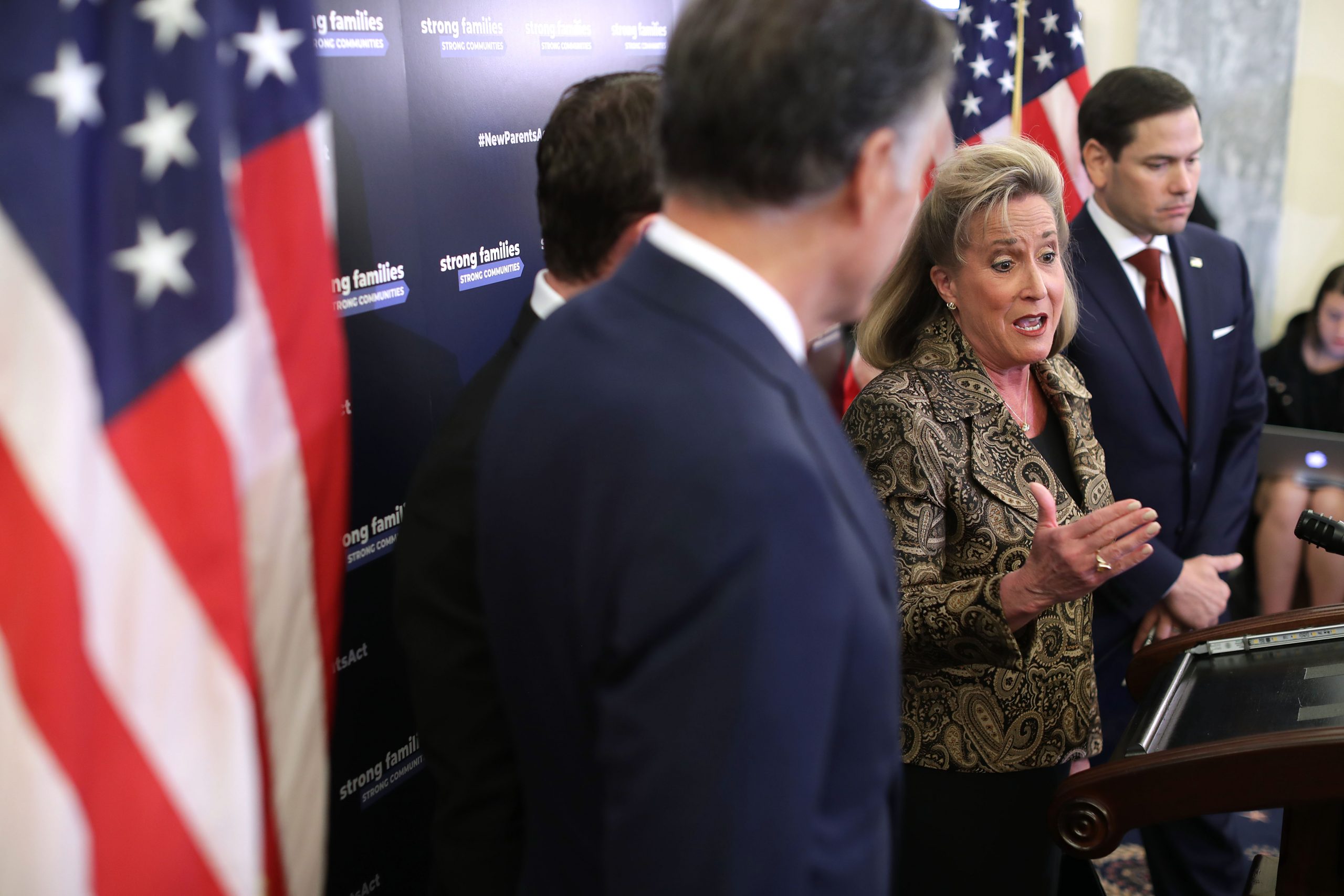 JEFFERSON CITY, Mo. – Reps. Ann Wagner and Jason Smith are ramping up their political operations as they consider campaigning for the Republican nomination for Missouri’s open Senate seat next year.

And Smith, the top Republican on the House Budget Committee who has hewed closely to former President Donald Trump, told Morning Consult he hired Bill Stepien, Trump’s 2020 campaign manager, to work for his campaign.

“Only the best team,” Smith said Wednesday in response to a text message inquiring about the hire.

Wagner did not comment on the upcoming Senate contest, but Smith said he is “strongly considering” entering the race and sees “no urgency to make a decision or announcement” in a state that holds primary elections in August 2022.

“I would put my conservative credentials and record fighting for the working class up against anyone in the race or considering a run,” Smith said. “Whoever gets in the race will not impact my decision to run or not to run.”

Whoever gets into the race will, however, have the potential to impact the seriousness with which Republicans in Washington approach the contest, especially if Democrats settle on a formidable candidate. There are concerns that former Missouri Gov. Eric Greitens, who resigned amid scandal in 2018, could put the seat into play for Democrats if he were to advance from the primary, potentially giving Senate Republicans one more thing to worry about as they try to regain the majority in a midterm cycle that sports little room for error for either party.

A poll conducted earlier this year by the Republican firm Remington Research Group found the GOP electorate evenly split in a two-way contest between Greitens and the other prominent declared candidate, state Attorney General Eric Schmitt.

But the survey – conducted at the very beginning of a campaign that will almost certainly remind voters of the lurid allegations of sexual misconduct that helped to force Greitens out of the governor’s mansion – suggested that the addition of more candidates would likely benefit the former governor, at least at the outset, in a state where primaries can be won with plurality support.

Some Republicans here have raised concerns about Blunt’s own lack of intervention as the candidate field appears certain to grow. Along with Smith and Wagner, two other Republicans in Missouri’s congressional delegation – Reps. Vicky Hartzler and Billy Long – are also considering campaigns.

Hartzler, a staunch social conservative, is likely to declare her candidacy soon, according to two Republican strategists.

Long is also serious about a bid: He made his pitch to Trump during a recent visit to Florida, armed with a packet of information comparing his pro-Trump advocacy to what he highlighted as wobbly support from other potential candidates, according to one Republican with knowledge of the meeting. Long was at Mar-a-Lago in Palm Beach late last month for a fundraising dinner, per Facebook posts from the event.

Trump’s endorsement could prove decisive in the primary here, where he remains popular among the Republican faithful.

Like Long, other current and potential candidates are going out of their way to court the former president’s support: Along with Smith’s hiring of Stepien, Greitens has brought in a host of characters from Trump’s orbit to support his bid, such as his endorsement from embattled former Trump lawyer Rudy Giuliani and his elevation of Kimberly Guilfoyle, a fundraiser for Trump’s 2020 campaign and Donald Trump Jr.’s girlfriend, as the national chair of his campaign.

Republican strategists don’t believe Trump will be boxed in by the moves of some of his associates who have aligned with the disgraced ex-governor, but the issue has nonetheless prompted a push among some here in the Show Me State to enlist Sen. Josh Hawley (R-Mo.) in an effort to convince Trump to refrain from endorsing Greitens, according to one Republican source. A spokesperson for Hawley did not comment.