The Jobs Numbers Were Disappointing. Here’s Why 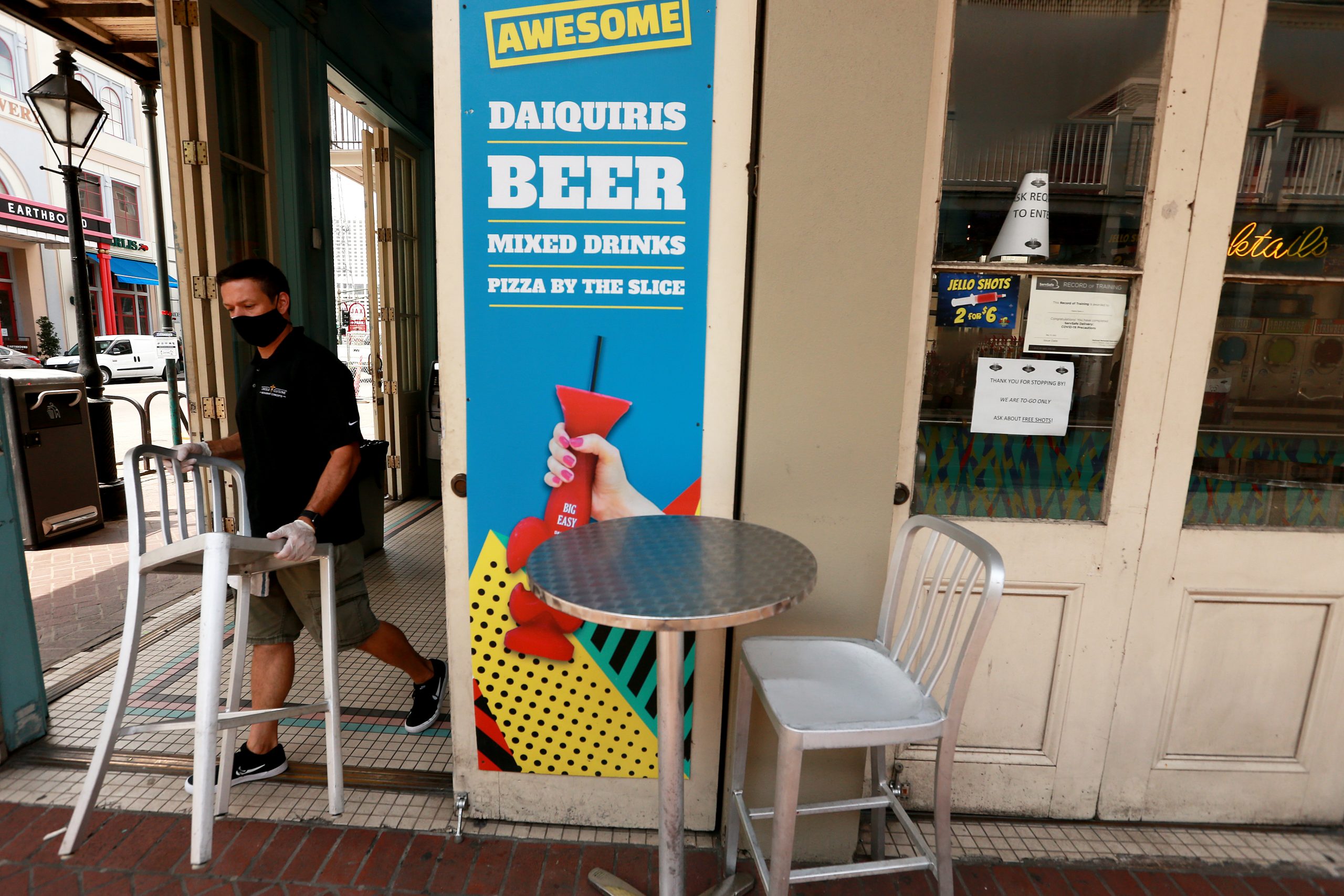 A waiter sets up outdoor seating in front of a daiquiri shop in the French Quarter on July 14, 2020 in New Orleans, Louisiana. (Sean Gardner/Getty Images)
By John Leer

The following analysis is based off of Morning Consult’s high frequency economic indicator data. Read more from our April 2021 U.S. Consumer Outlook report.

Employers only added 266,000 jobs in April, down from over one million in March, and the unemployment rate actually ticked up one percentage point to 6.1%. 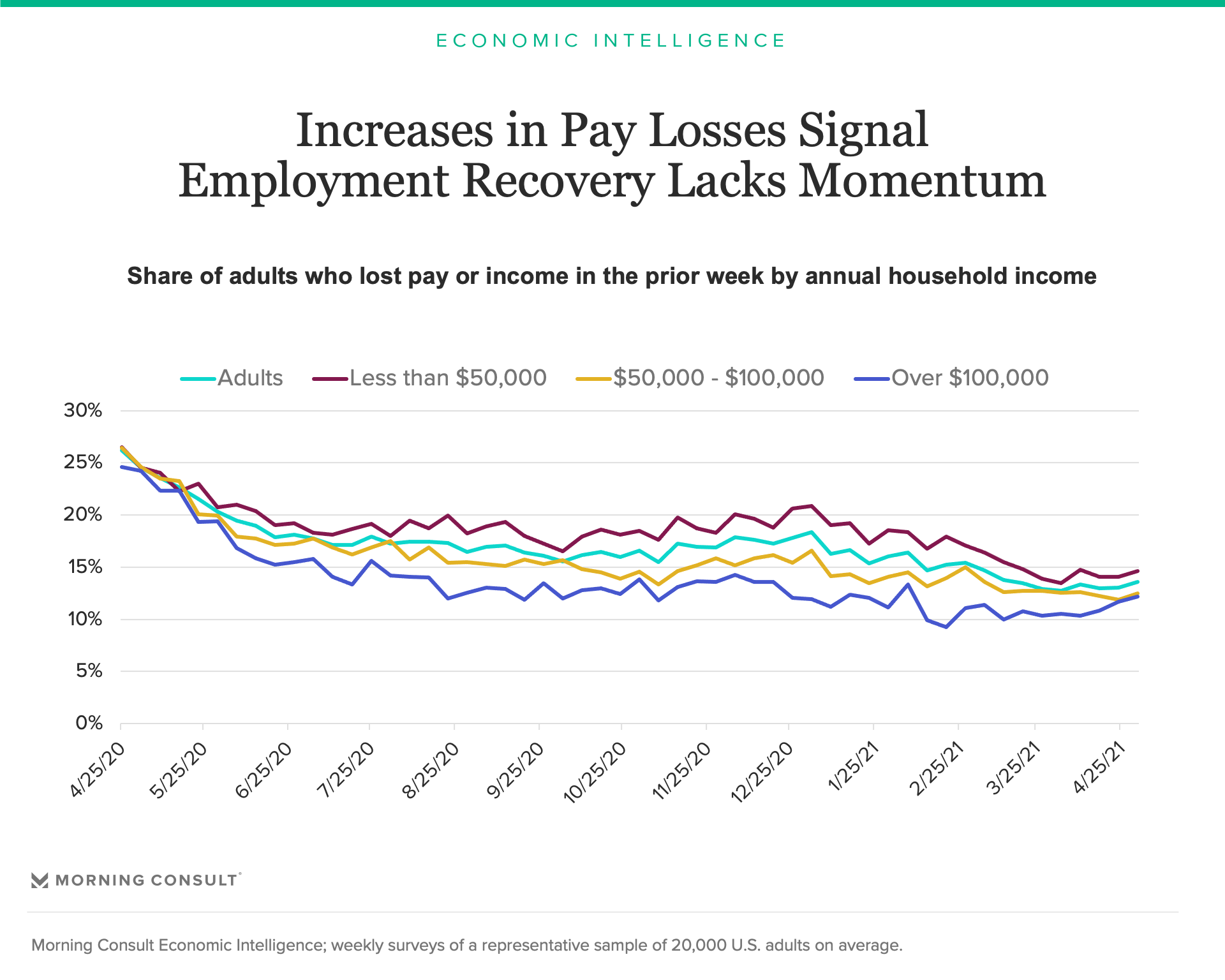 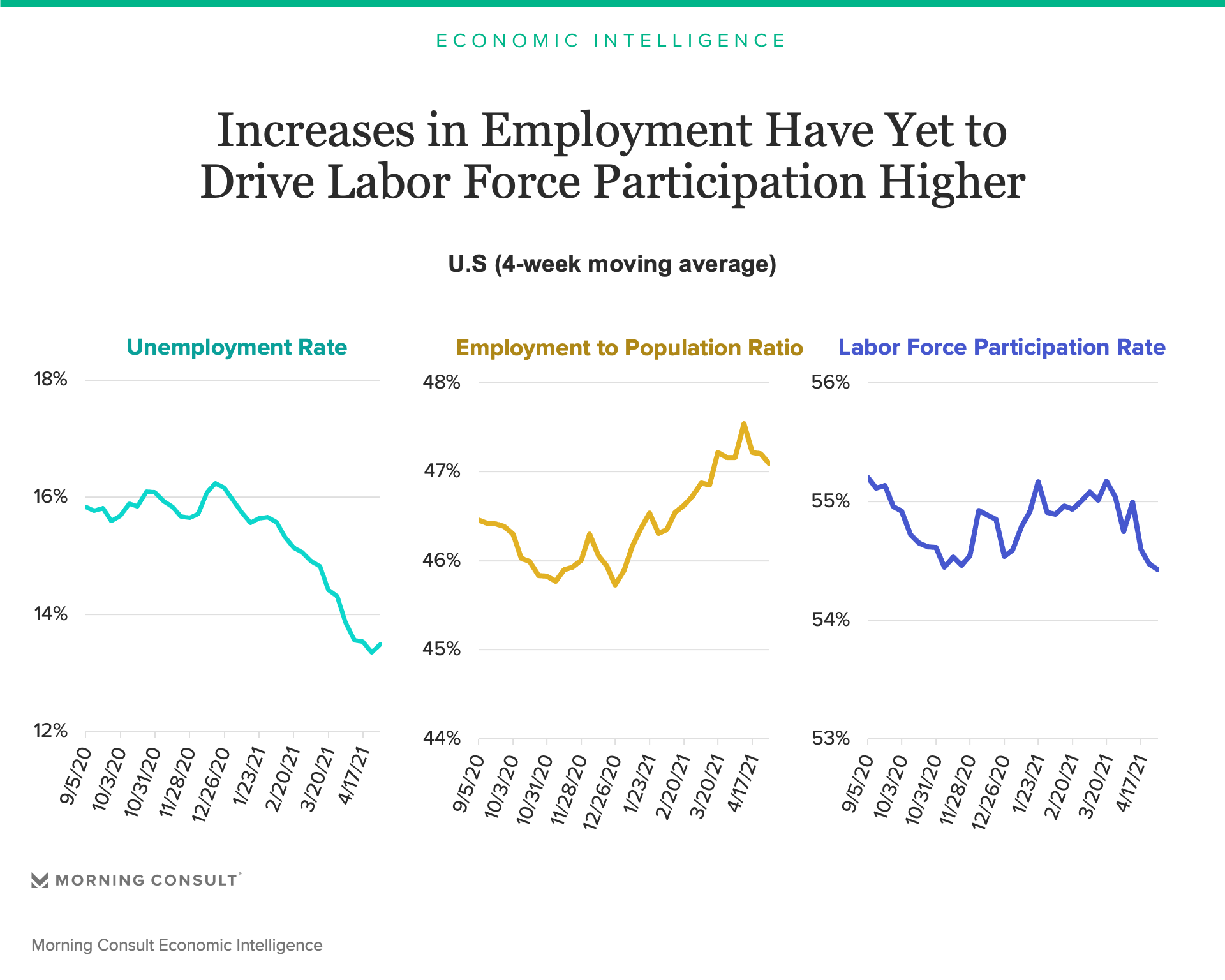 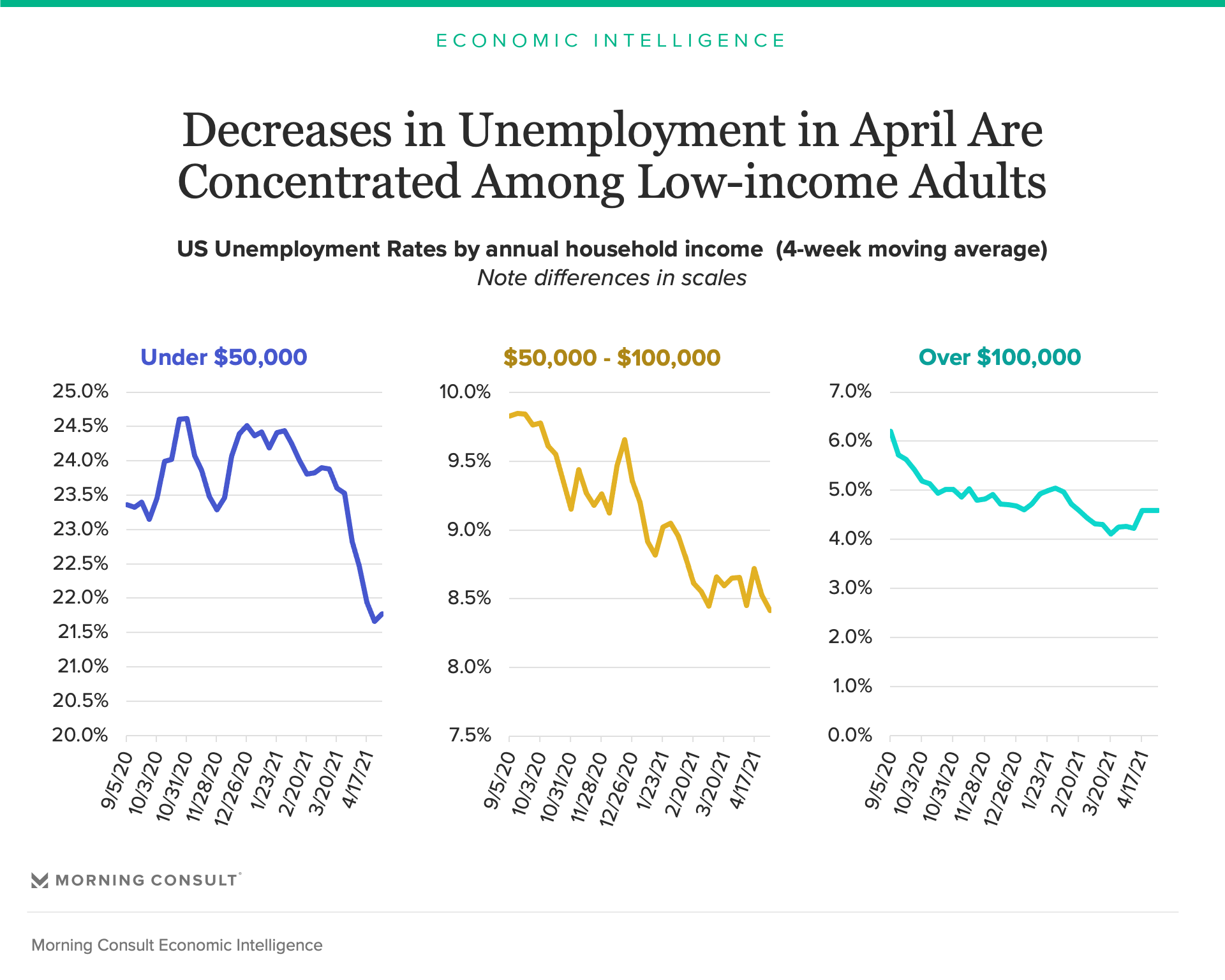 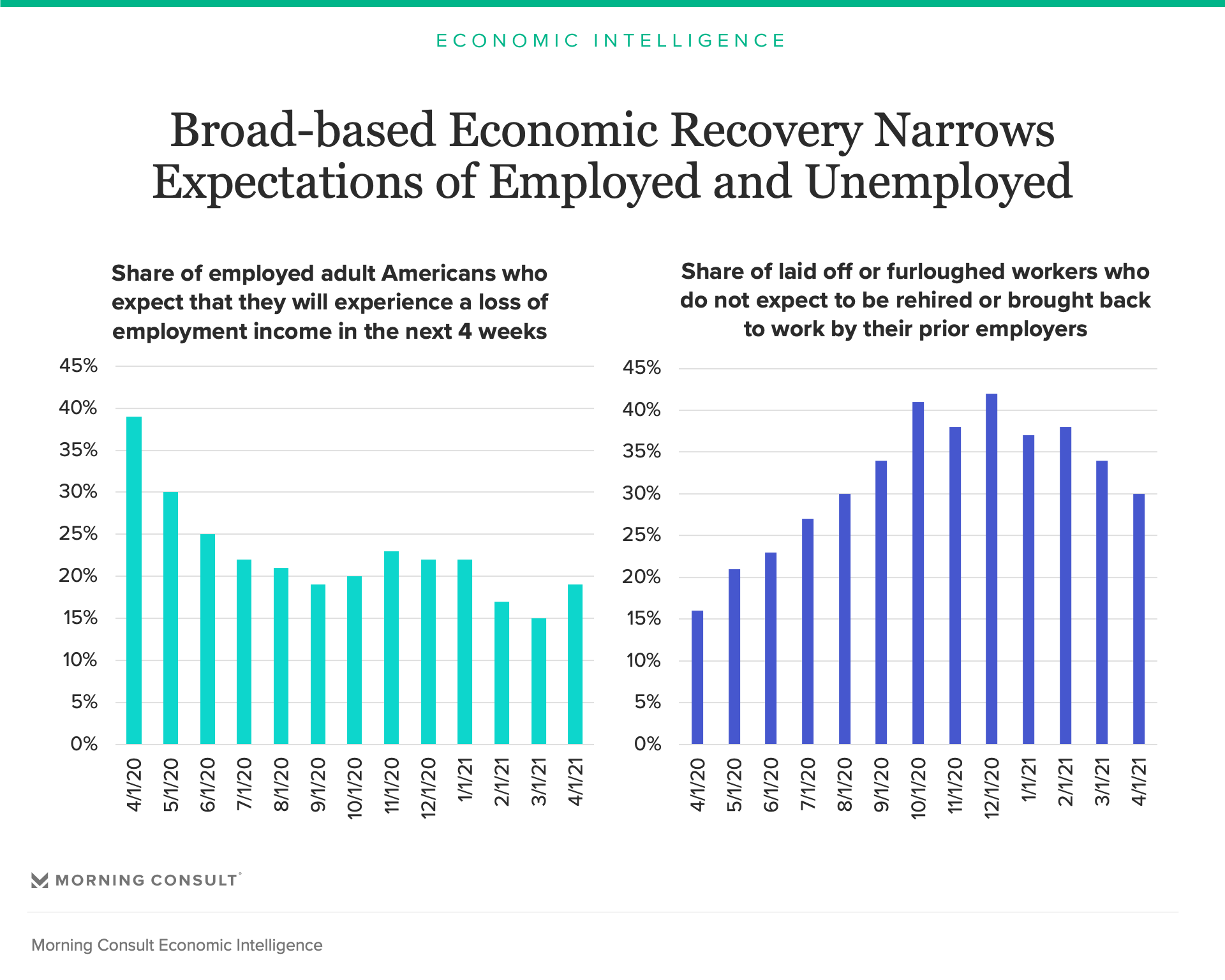 Additionally, even if demand for workers were to increase, childcare responsibilities, health concerns and commuting obstacles all pose serious barriers to unlocking the full potential of the workforce.

What should we expect next?

Read more from our April report on the U.S. consumer outlook.