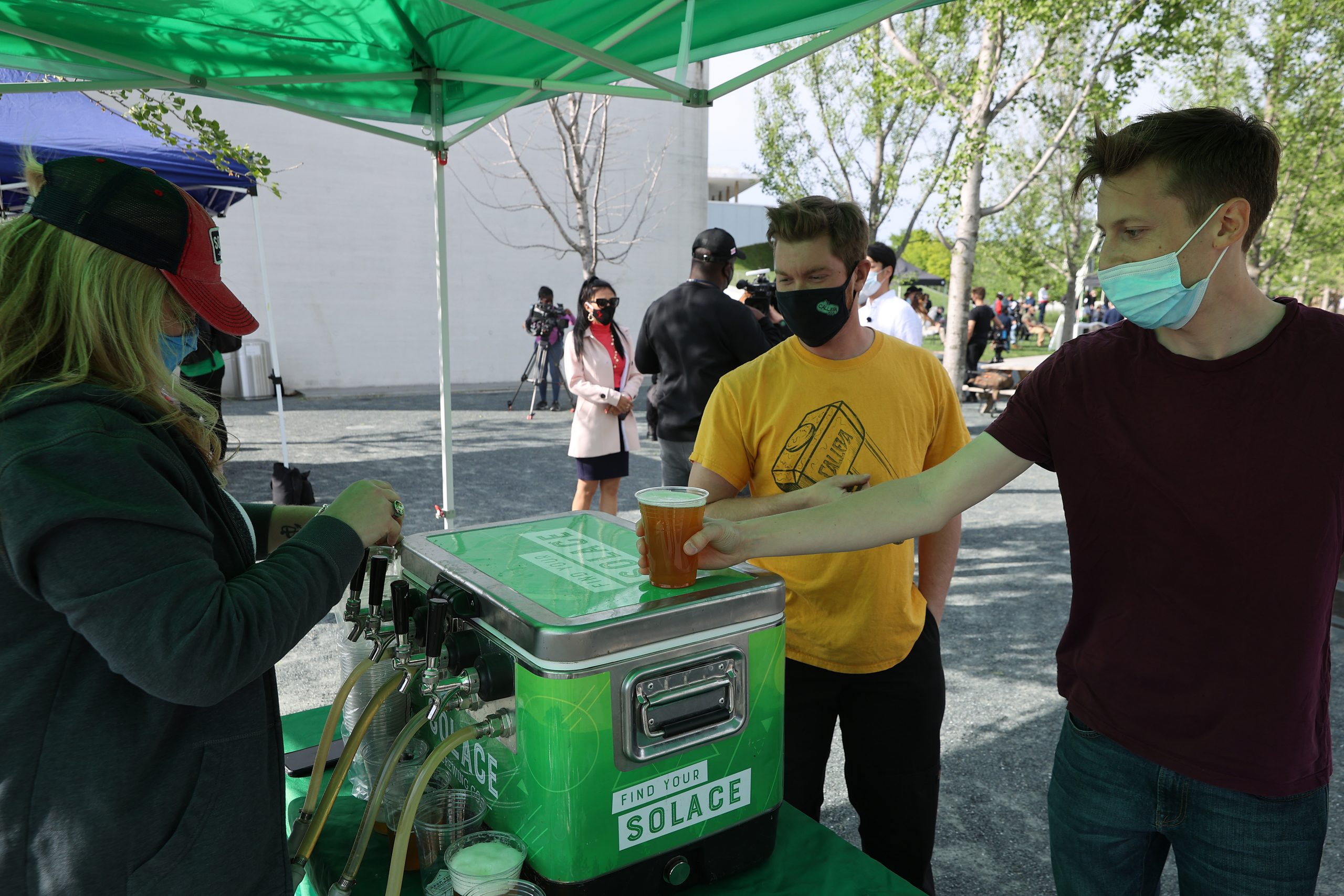 Newly vaccinated people enjoy a free beer after getting their coronavirus shots at a walk-up clinic at the Kennedy Center on May 6, 2021, in Washington, D.C. A Morning Consult poll found that 57% of unvaccinated adults said a $1,000 savings bond would sway them to get a COVID-19 shot, while 43% said the same about a smaller $50 reward. (Chip Somodevilla/Getty Images)
By Gaby Galvin

The state of West Virginia is offering young people a $100 savings bond to get the COVID-19 vaccine. In New Jersey and Connecticut, vaccinated adults can get a free beer. The governor of Ohio announced a million-dollar lottery drawing for vaccinated state voters. And Maryland will pay state employees who get vaccinated — and take the money back if they don’t get booster shots that could be recommended in the future.

But as states and communities attempt to entice unvaccinated Americans to get a COVID-19 shot, new Morning Consult polling indicates some vaccination incentives and requirements could be more effective than others.

When it comes to incentives, for example, 57 percent of unvaccinated adults said a big cash payment, such as a $1,000 savings bond, would sway them, while 43 percent said they’d probably or definitely get vaccinated if they were offered a smaller reward, such as a $50 bond. Adults under age 45 were more likely to say a big financial incentive would make them more willing to get a vaccine. 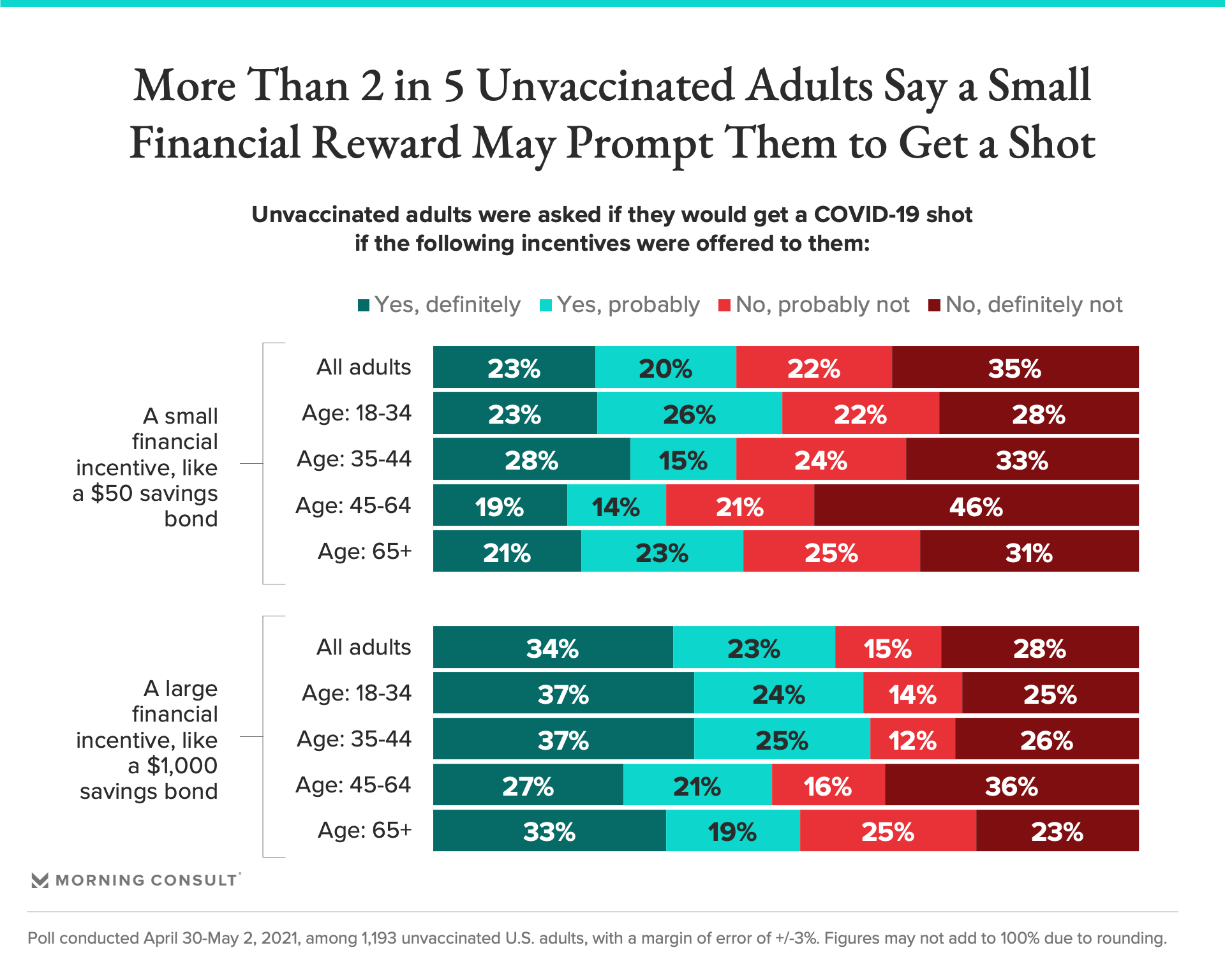 Proponents of the incentives have billed them as a way to improve vaccination uptake among younger adults who may not have reservations about the shot but rather feel less urgency about getting it. Brands have touted freebies for vaccinated people, and a growing number of governments and universities are considering their own rewards.

“My guess is that’s probably going to work,” President Joe Biden said of vaccine incentives during a call with governors Tuesday. 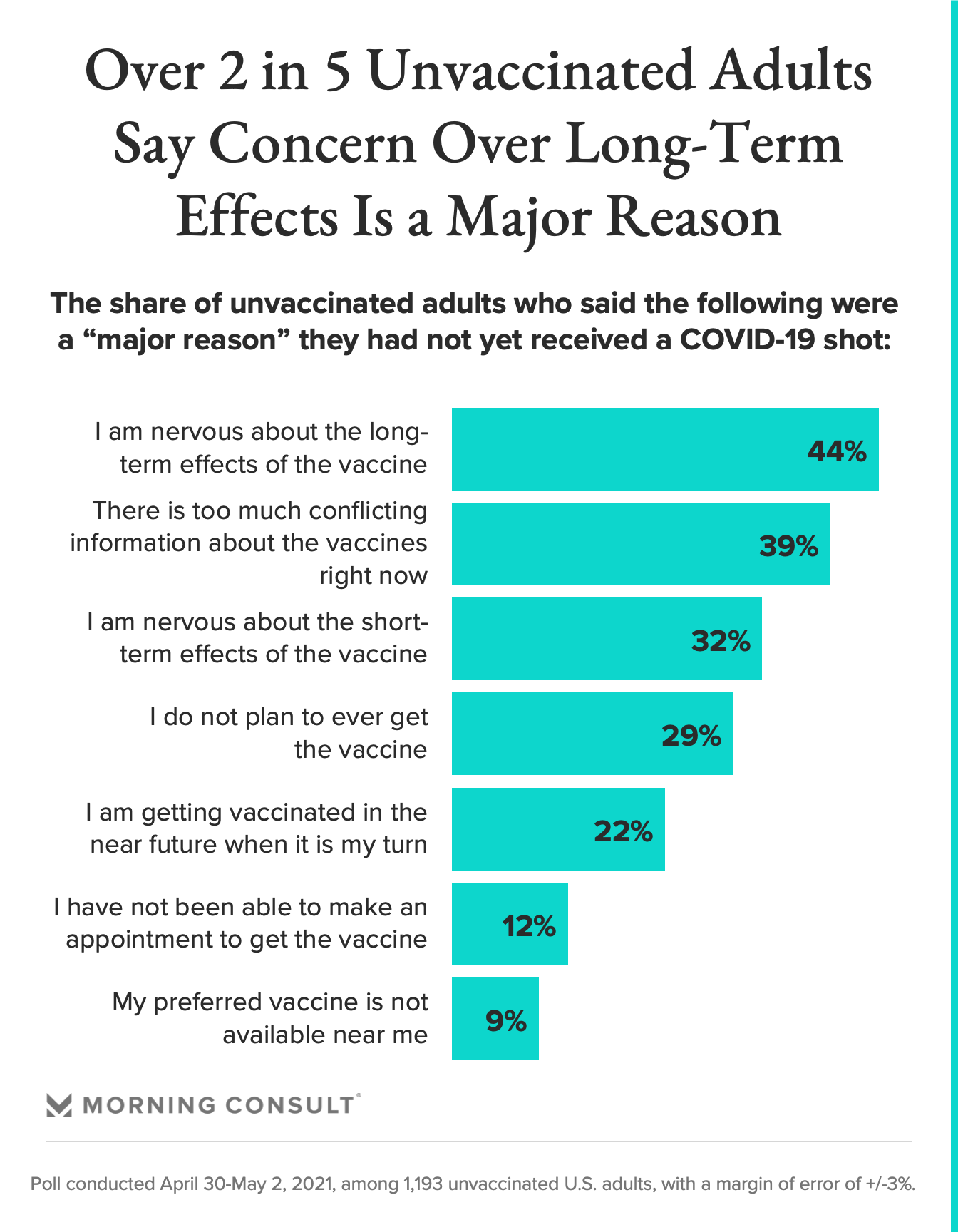 They were slightly less likely to say a walk-up site near home would affect their decision, with 42 percent saying they’d likely or definitely get vaccinated if that were the case. 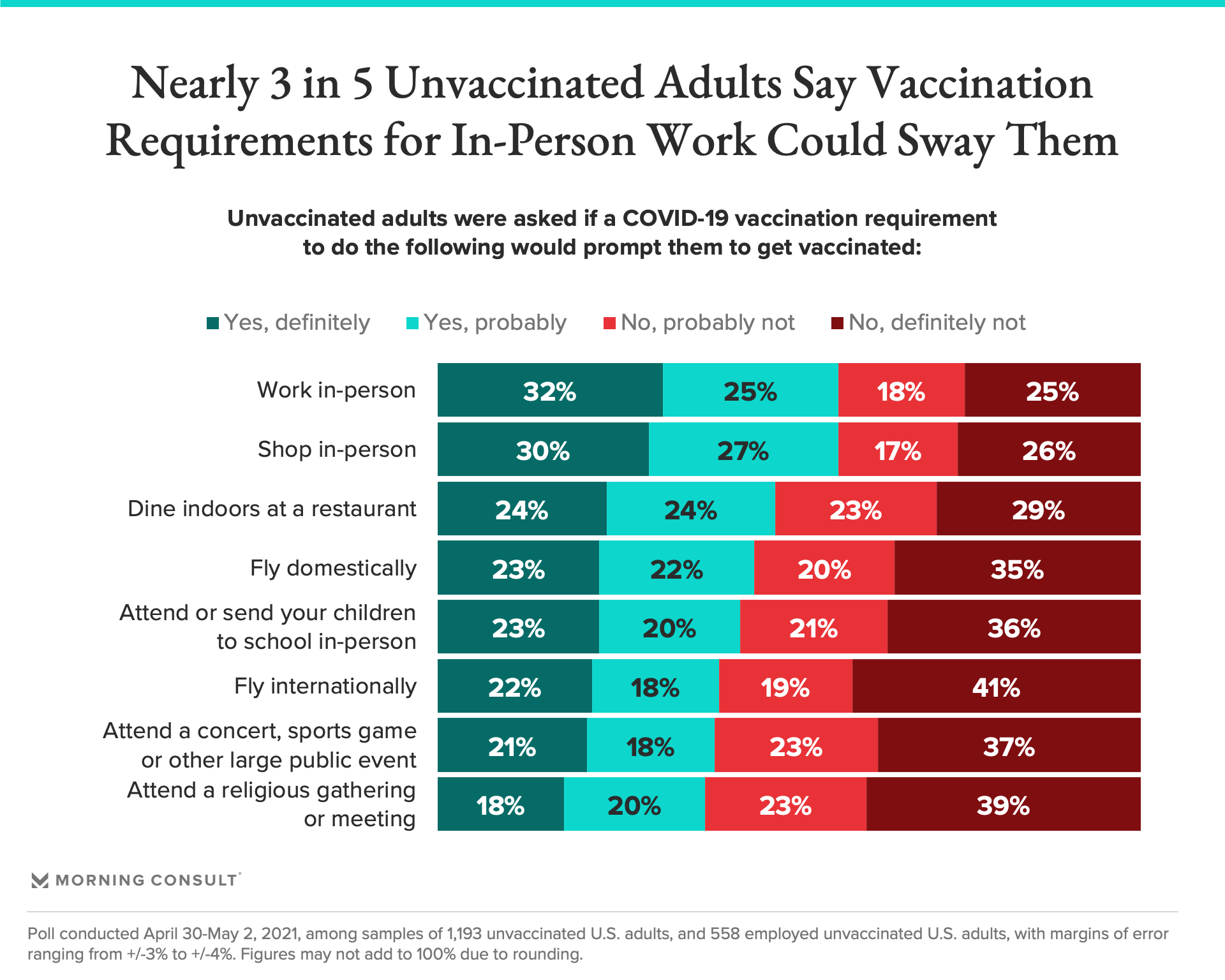 The prospect of paid time off from work to get vaccinated, which the Biden administration called on all employers to offer last month, could also move the needle for some people. Unvaccinated adults were roughly split down the middle on whether paid time off for vaccine appointments or related sick days would sway them to get a shot.

Word of mouth continues to play an important role in the vaccine rollout, too.

In the survey, 45 percent of unvaccinated adults said they’d get vaccinated if someone they trusted recommended it. Another 23 percent said there was one person who could encourage them to get vaccinated, with most listing family members such as their parents or their romantic partners in an open-ended question.