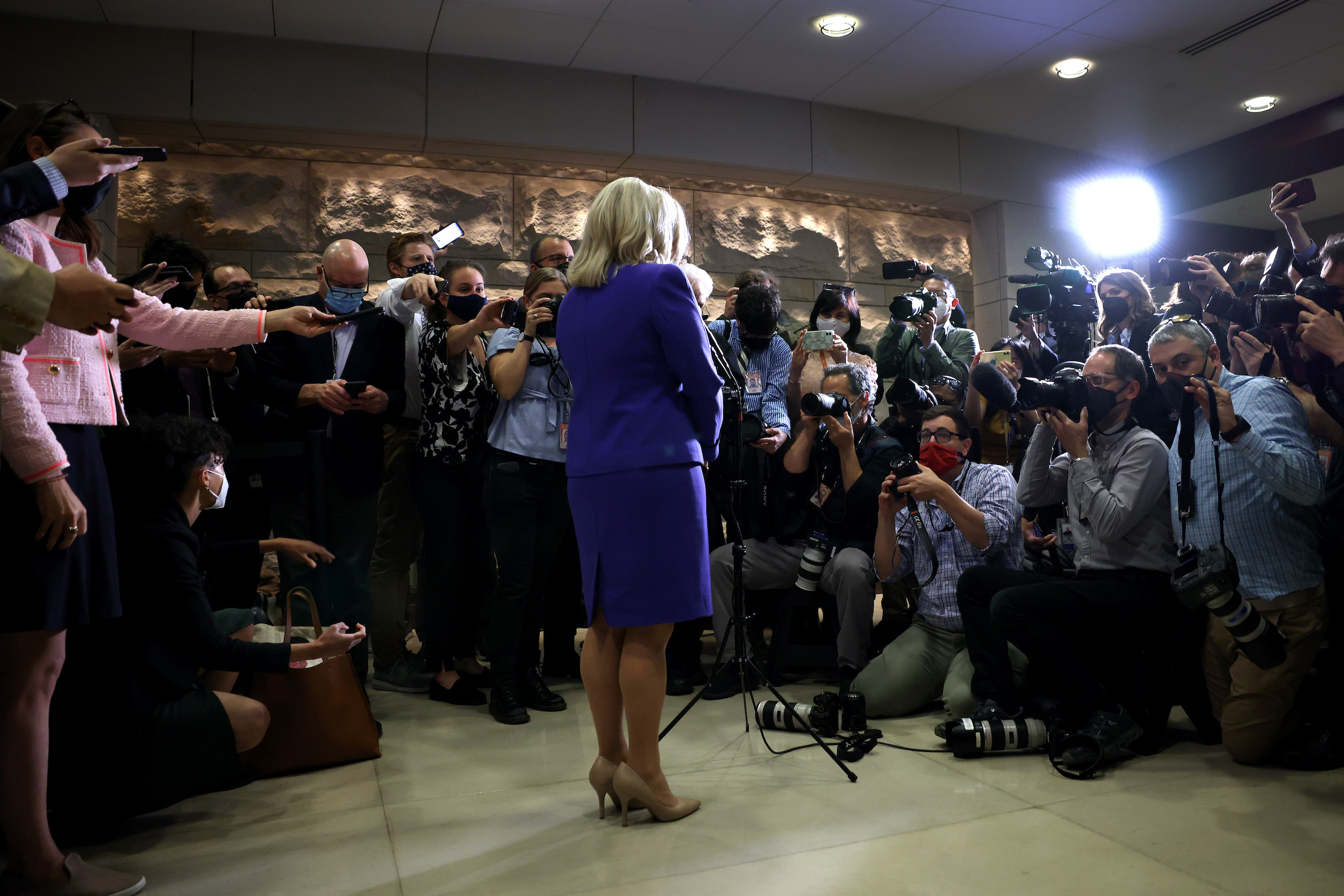 Rep. Liz Cheney (R-Wyo.) speaks to the media at the U.S. Capitol on May 12. The average credibility rating for nine leading media outlets fell by 1 percentage point between 2020 and 2021, compared with a 10-point drop between 2017 and 2020, Morning Consult trend data shows. (Kevin Dietsch/Getty Images)
By Sarah Shevenock

American media institutions took a beating during former President Donald Trump’s tenure in office, but new polling of media credibility suggests some cause for optimism, with overall trust in nine leading media outlets holding relatively steady over the past year.

A Morning Consult/The Hollywood Reporter survey conducted May 6-9 among 2,200 U.S. adults found that, on average, half viewed a cohort of television news outlets and newspapers as “very” or “somewhat” credible, down 1 percentage point from an April 2020 survey, both of which had a margin of error of 2 points. 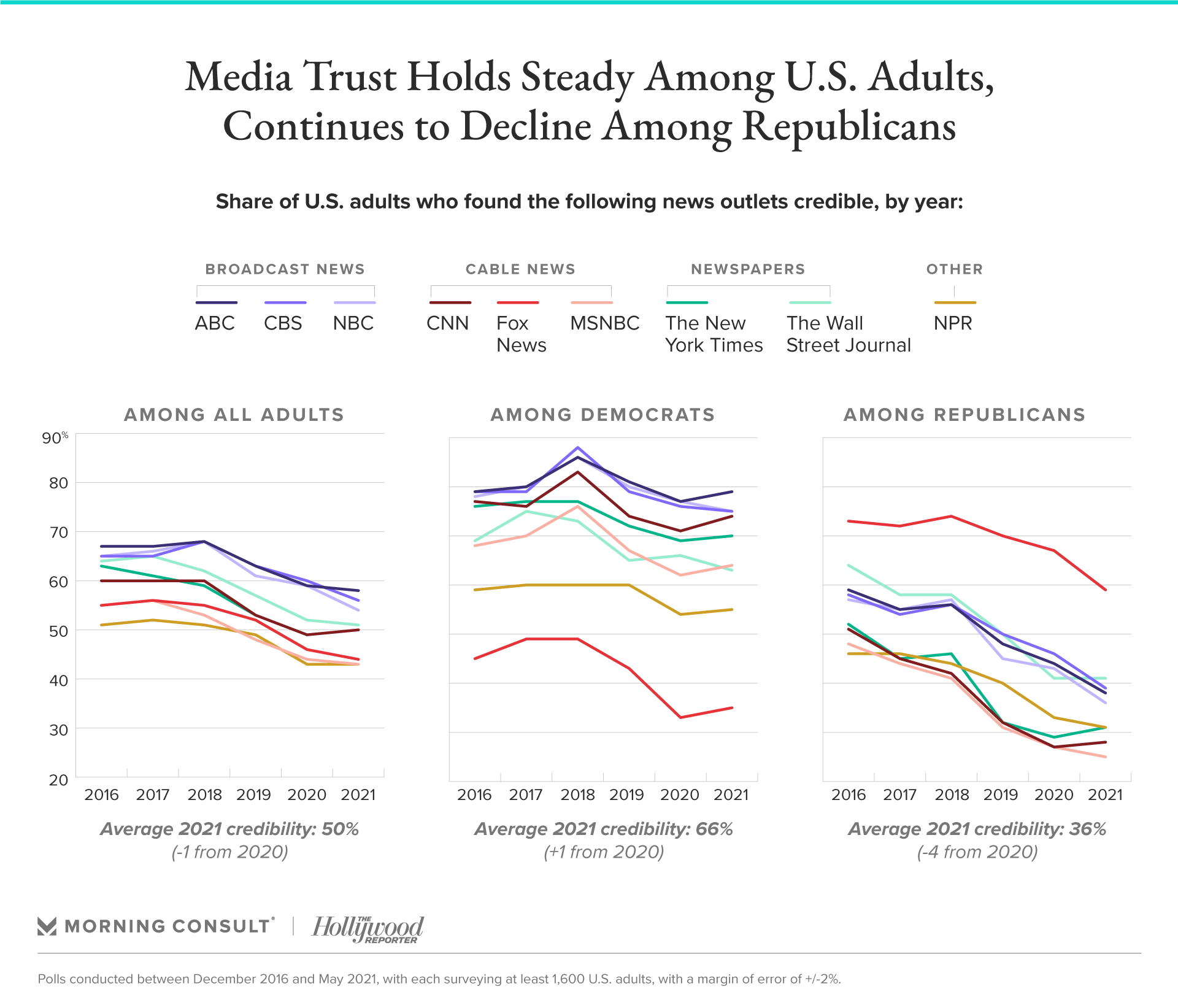 Morning Consult trend data shows an erosion of media credibility during the past few years: Average trust declined by 11 points since 2017, with the aforementioned print, broadcast, cable and radio outlets all seeing between 9- and 14-point drops. Among Democrats, Fox News and The Wall Street Journal saw the sharpest declines of 14 and 12 points, respectively, while Republicans’ views of every outlet declined by double digits, led by 19-point plunges for NBC and MSNBC and 17-point drops for CNN, ABC and the Journal.

CBS and NBC saw the biggest declines — of 4 and 5 points, respectively — among all Americans over the past year, while Fox News took the biggest hit among Republicans, falling to 59 percent, an 8-point drop.

Fox News’ declining credibility with Republicans follows sustained criticism from Trump around his Nov. 3 loss to President Joe Biden. Morning Consult Brand Intelligence data captured a decrease in popularity among Republicans at the time that stabilized a month later.

Respondents’ views on prime-time cable news personalities were in line with their views on the credibility of the outlets they worked for. Ranking the figures by their net favorability rating — the share with a favorable opinion of each host minus the share with an unfavorable view — CNN’s Anderson Cooper was comfortably the most popular among all adults and Democrats. 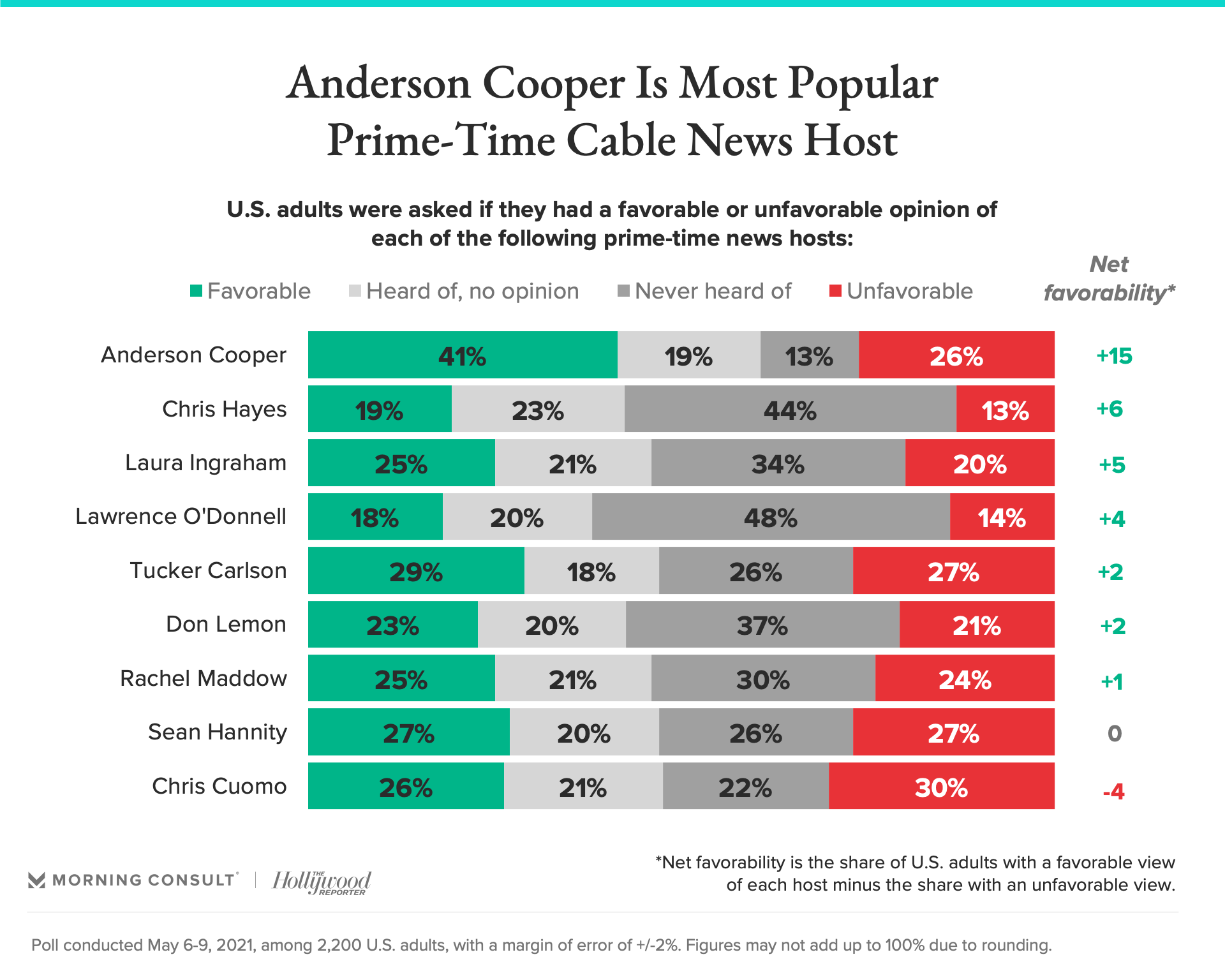