Expanding Access to Biosimilars Has Bipartisan Support. But Movement on Legislation Hangs in the Balance of the Drug Pricing Debate

Advocates fear three bipartisan bills on lower-cost versions of biologic drugs will get caught up in H.R. 3 negotiations 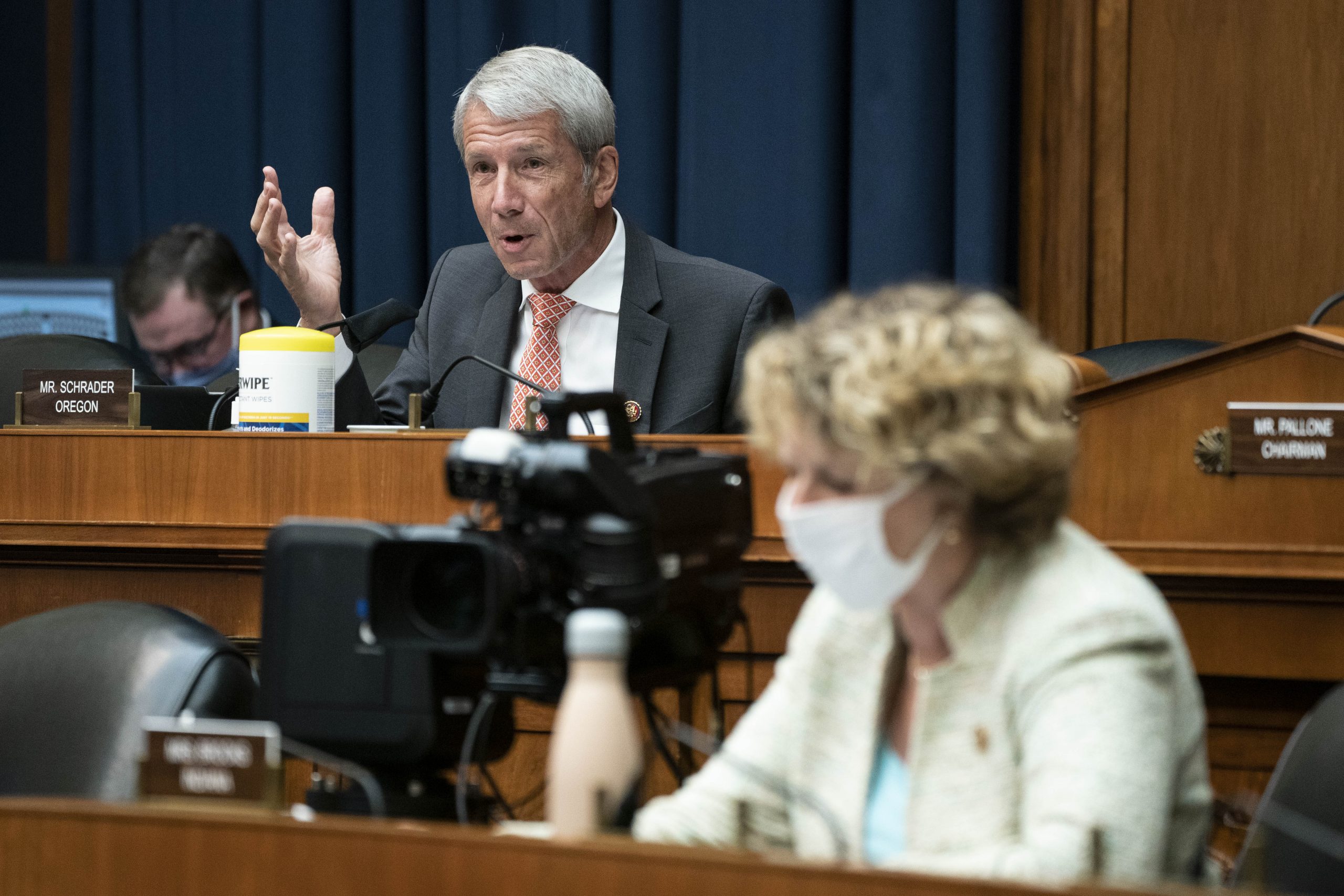 As the prescription drug pricing debate heats up once more on Capitol Hill, advocates and policymakers say a bipartisan push to expand access to biosimilars could either sneak through Congress this year or get caught in the crosshairs of the highly partisan drug pricing negotiations.

Industry opposition to biosimilars has been scattershot, and policymakers from both parties support the increased access and competition. Lawmakers have reintroduced multiple bipartisan bills to promote their use in recent weeks, while President Joe Biden signed a bill to educate patients and providers about biosimilars, which have seen increased adoption in recent years but remain poorly understood in the medical community and typically don’t bring in as much money for providers as their brand-name counterparts.

“I don’t think there’s been a real concerted effort” in Congress to promote biosimilar adoption in the past, said Rep. Kurt Schrader (D-Ore.), whose bill with Rep. Adam Kinzinger (R-Ill.) would seek to incentivize clinicians to prescribe biosimilars through a temporary reimbursement increase.

Related: Curbing Drug Costs Should Be a Top Priority for Congress, 1 in 2 Voters Say

“We’re trying to sweeten the pot a little bit to encourage doctors and hospitals to pick up the biosimilars,” Schrader said, adding that addressing biosimilars and other issues unrelated to direct price negotiation “may not be the holy grail, but it’s a huge, huge win if we get it across the finish line.”

Schrader said he’s open to any legislative route for the bill, whether it’s passed on its own — a “no-brainer” — or rolled into a larger drug pricing package. A similar proposal previously passed the House as part of H.R. 3 and was also included in a narrower drug pricing plan from Sens. Chuck Grassley (R-Iowa) and Ron Wyden (D-Ore.) that never made it to the Senate floor last year.

Other recently introduced legislation from Sens. Michael Bennet (D-Colo.) and John Cornyn (R-Texas) would direct the Department of Health and Human Services to launch a pilot program with increased Medicare payments for providers who use biosimilars.

“All options should be on the table” to lower prescription drug costs, including improving access to biosimilars, Bennet, who sits on the Senate Finance Committee, said in an email. Cornyn’s office declined to comment on the bill.

And a third bipartisan bill in the House would push Medicare Advantage plans to increase biosimilar access by creating a star-rating system based on their availability in health plans.

Despite the bipartisan support to expand access to biosimilars, actually sending legislation to Biden’s desk may not be so simple given the contentious dynamics of the drug pricing debate. Democratic leadership has indicated it plans to go big on prescription drug reform this year, including pushing for direct price negotiation, but H.R. 3’s prospects are less clear than when it first passed the House in 2019 and are even murkier in the Senate.

Schrader said that while he supports direct price negotiation, he’s undecided about whether he’d vote for H.R. 3 again because he wants the House to pass a bill that could also clear the Senate.

Congressional Republicans oppose direct price negotiation, saying it would stifle pharmaceutical innovation and amount to the government setting price controls. A Kinzinger aide said any discussions on drug pricing legislation should “include policies that increase the utilization of biosimilars.”

Lawmakers are keen to show voters they’re taking steps to curb high drug prices. Meaghan Rose Smith, executive director of the advocacy group the Biosimilars Forum, said that given the uncertainty around H.R. 3, taking steps to expand access to biosimilars could put a dent in patients’ medication costs and hand lawmakers a bipartisan political win ahead of the 2022 midterm elections.

“I think the window is narrowing” to pass meaningful drug pricing legislation this year, Smith said. “If we want to do something about lowering the cost of health care and controlling drug spending, these are pretty obvious solutions.”

Related: Doctors’ Office Is Still the Top Choice for Most of the Public Seeking Health Care

Unlike with other drug reform proposals, efforts on biosimilars are also less likely to face uniform opposition from industry groups, largely because some of their members now make biosimilars. But individual companies have taken steps against them. This week, for example, a House committee report accused AbbVie Inc. of engaging in “a series of anticompetitive strategies” to block the introduction of biosimilars for its blockbuster drug Humira.

The Biotechnology Innovation Organization did not respond to a request for comment about the trade group’s position on legislation to expand access to biosimilars.

Overall, the lack of concerted industry backlash means these bills could pass relatively under the radar. But consumer advocates also aren’t as focused on biosimilars, which could lessen the urgency for lawmakers to pass the legislation, said Sean Dickson, director of health policy at the West Health Policy Center.

“The public understands the need to address drug prices directly,” Dickson said, “but the idea of moving people over to a less expensive but still expensive drug doesn’t have the same kind of push behind it.”