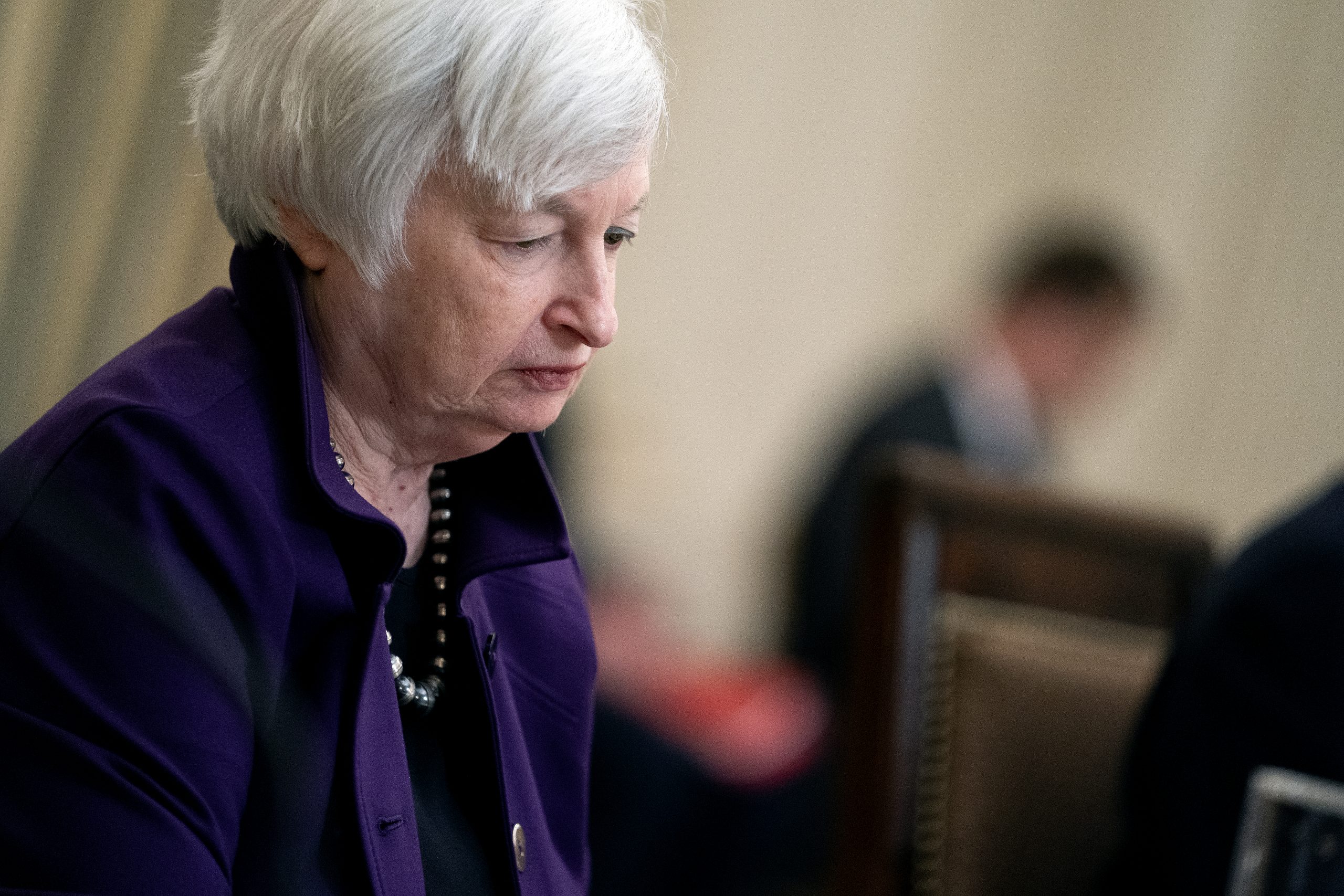 Treasury Secretary Janet Yellen listens as President Joe Biden and President Moon Jae-in of the Republic of Korea participate in an expanded bilateral meeting in the State Dining Room of the White House on May 21, 2021. Republicans members of the House Small Business Committee sent a letter to Yellen, obtained exclusively by Morning Consult, that criticized her for not testifying before the committee within the 120-day window in which the COVID-19 bill from December was enacted. (Stefani Reynolds/Getty Images)
By Claire Williams

House Republicans on the Small Business Committee are pushing Treasury Secretary Janet Yellen to schedule a hearing in June with the panel as part of oversight efforts on the $900 billion COVID-19 relief bill that Congress passed in December.

In a letter to Yellen obtained exclusively by Morning Consult, Republicans on the committee led by ranking member Blaine Luetkemeyer (R-Mo.) said that Yellen has ignored “similar scheduling requests” this year. The lawmakers asked Yellen to provide her availability for June by no later than Friday.

Lawmakers on both sides of the aisle sharply criticized Yellen during a hearing Wednesday morning for failing to appear alongside Small Business Administrator Isabel Guzman at an oversight hearing for the SBA’s COVID-19 relief programs.

“Without her at the table, this committee cannot properly fulfill our oversight responsibilities to American taxpayers, nor the nation’s entrepreneurial community,” said House Small Business Committee Chairwoman Nydia Velázquez (D-N.Y.) at the hearing.

According to the relief bill that Congress approved in December, both the Treasury secretary and head of the SBA are required to appear before the committee no later than 120 days after the enactment of the legislation. The GOP lawmakers said in the letter that the deadline expired nearly a month ago.

Related: The Paycheck Protection Program Has Run Dry, and Voter Support for Government Aid to Many Industries Is Fading

“It is severely troubling that you would rather defy the law than appear before our Committee to discuss these important small business recovery programs,” the lawmakers wrote. “The programs and your legal obligations to this Committee should be of the highest priority to you and your Department, but sadly to date, we have seen no such evidence that you take these responsibilities seriously.”

In a statement, a Treasury Department spokesperson noted that Yellen is scheduled to appear before Congress on Thursday, alluding to a House Appropriations Committee hearing, and “several times within the next month.”

“We will continue to work with Congress to coordinate the scheduling of as many hearings as possible,” the spokesperson said.

According to a Treasury Department official, the agency previously said Deputy Treasury Secretary Wally Adeyemo could be made available to testify, an offer the official claims the committee initially accepted and then later declined. According to a report from Politico, the committee disputed this account.

Velázquez’s office did not immediately respond to a request for comment.