There’s no such thing as “bad press” for Bitcoin 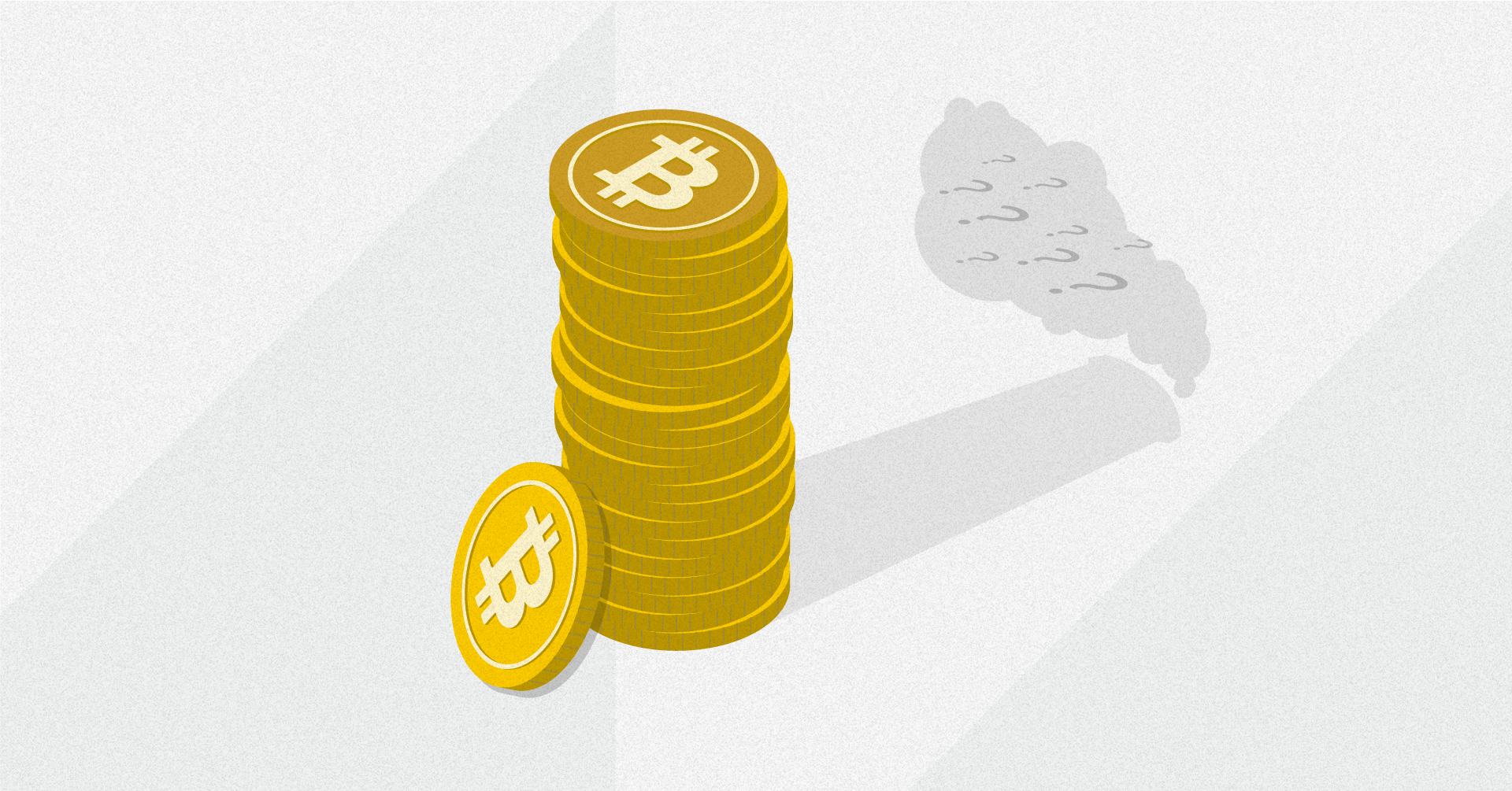 Elon Musk’s recent criticism of Bitcoin’s negative impact on the environment may have depressed the cryptocurrency’s outlook, but financial institutions who read too much into the bad buzz are missing out on a promising trend, according to a new analysis which shows that interest in the distributed ledger technology as an asset is actually on the rise. 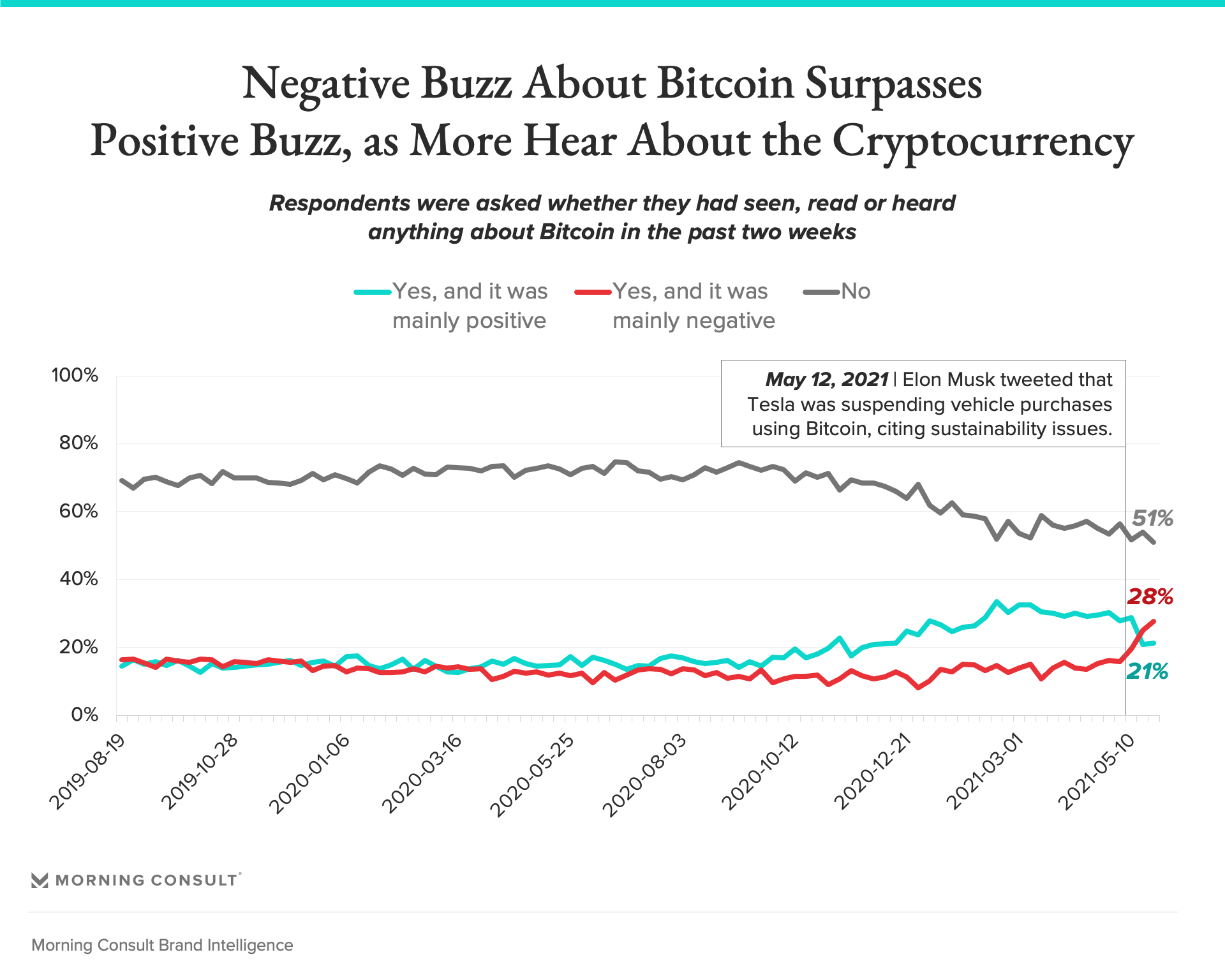 2021 was a big year for Bitcoin. Its news penetration deepened after months of quiet and, until recently, it was primarily interpreted positively by U.S. adults. But for the first time since March 2020, the share of U.S. adults who say they have heard something negative about Bitcoin overtook the share that say they have heard something positive. That directly lines up with Musk’s May 12 tweet, which announced Bitcoin would no longer be a payment option for Tesla vehicles.

But negative buzz about Bitcoin — which 9 out of 10 U.S. adults say they’ve heard of, matching the share who have heard of Bank of America — shouldn’t scare off financial institutions looking to roll out cryptocurrency services or offerings to consumers. Here’s three reasons why:

Reason 1: While Bitcoin’s volatility and rise in negative buzz has led to a slight decrease in purchase consideration for Bitcoin, it’s actually led to a sharp increase in the share of U.S. adults considering using Coinbase, among those aware of the brand, presumably to invest in other types of cryptocurrency. 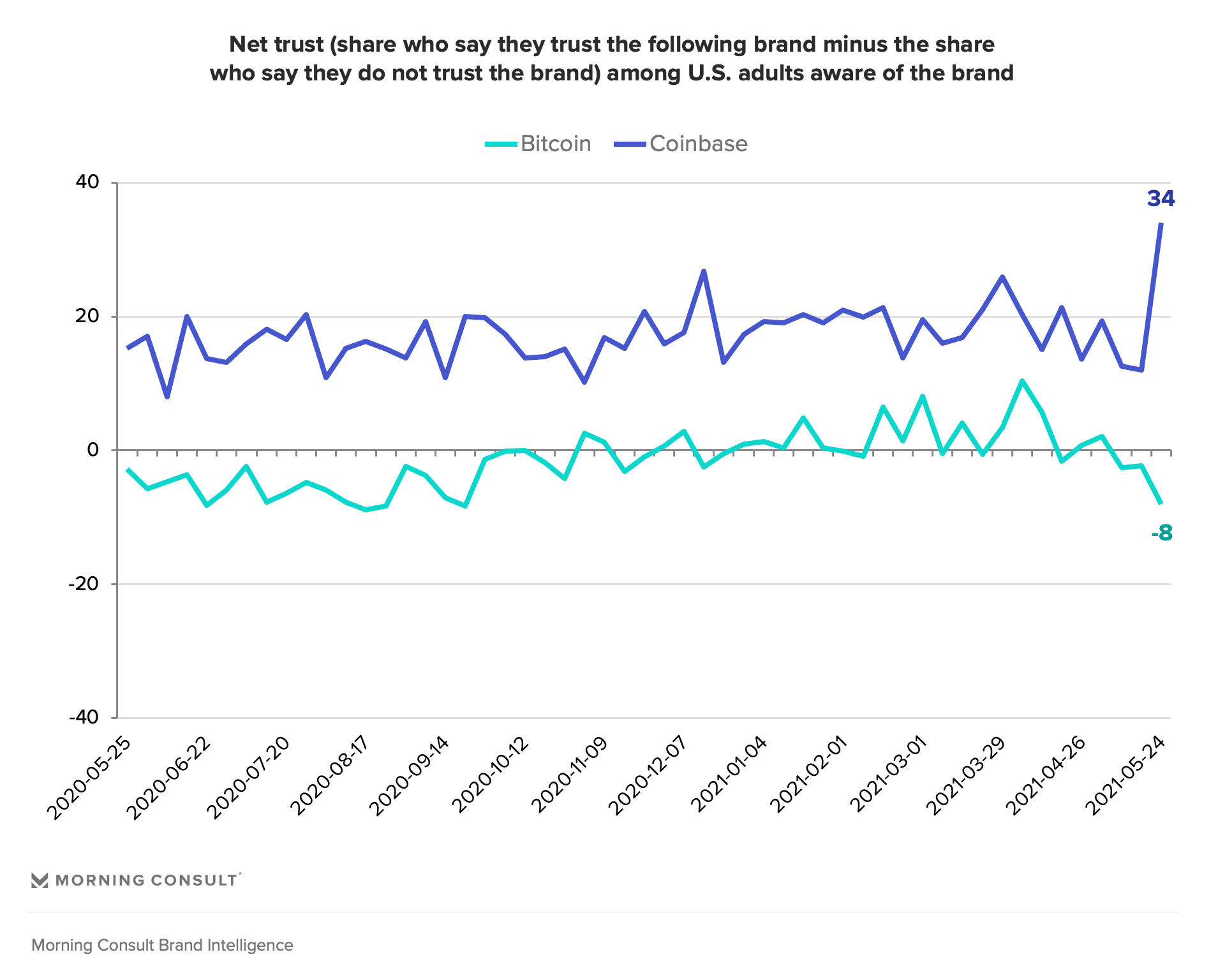 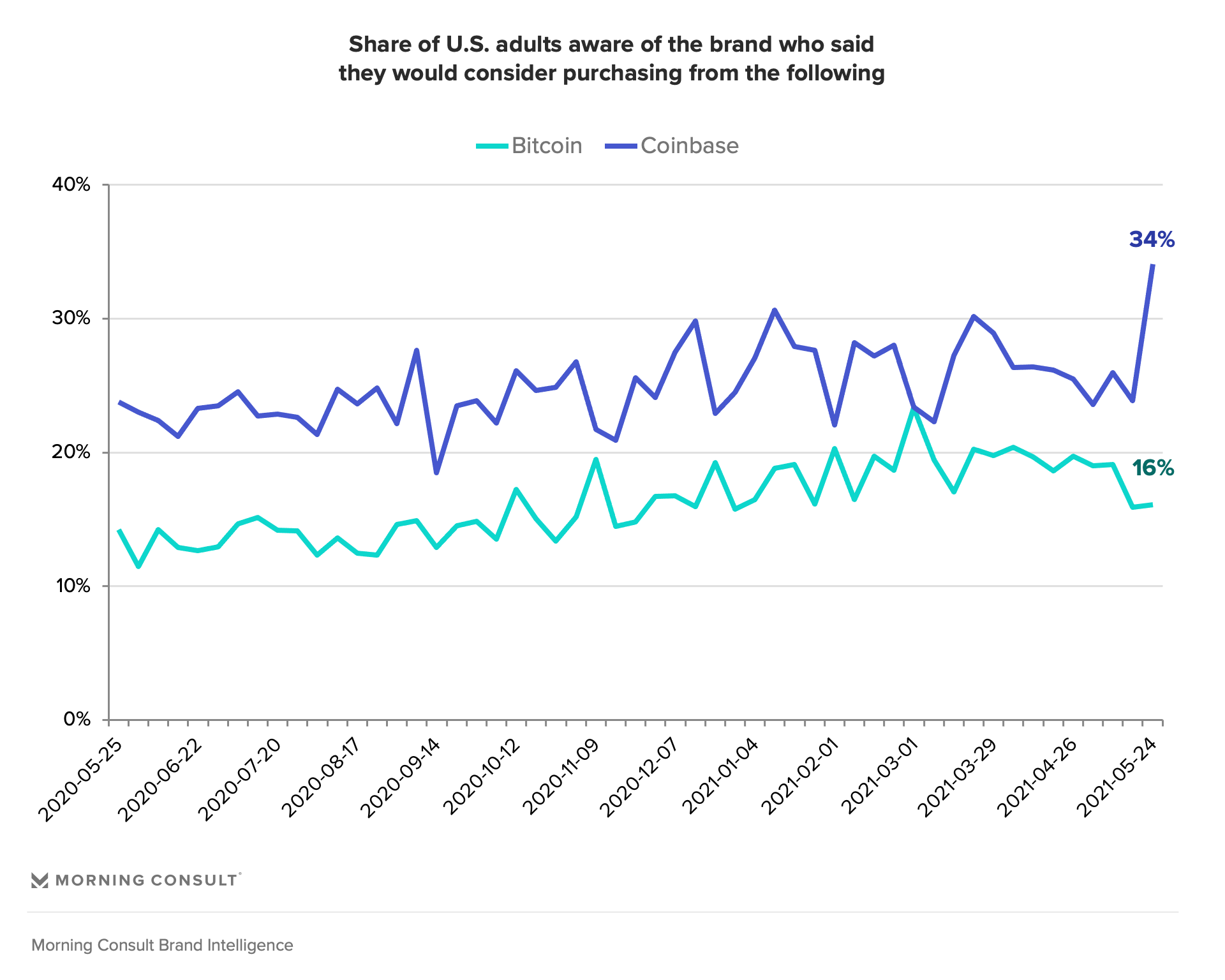 And as trust in Bitcoin has tanked, that of Coinbase, the country’s largest cryptocurrency exchange platform by volume, has reached new heights.

Large financial institutions shouldn’t expect the same kind of impact if they find themselves tied to Bitcoin’s volatility, as the cryptocurrency will never represent a large part of their business or brand, but should be encouraged that Coinbase has not taken a reputational hit.

Reason 2: The negative buzz is coming from the peanut gallery, and it doesn’t seem to be reaching or impacting Bitcoin holders enough to be of concern. Bitcoin owners either aren’t hearing the bad news or they are interpreting the news differently than the general population, and the same is true for those considering purchasing it. 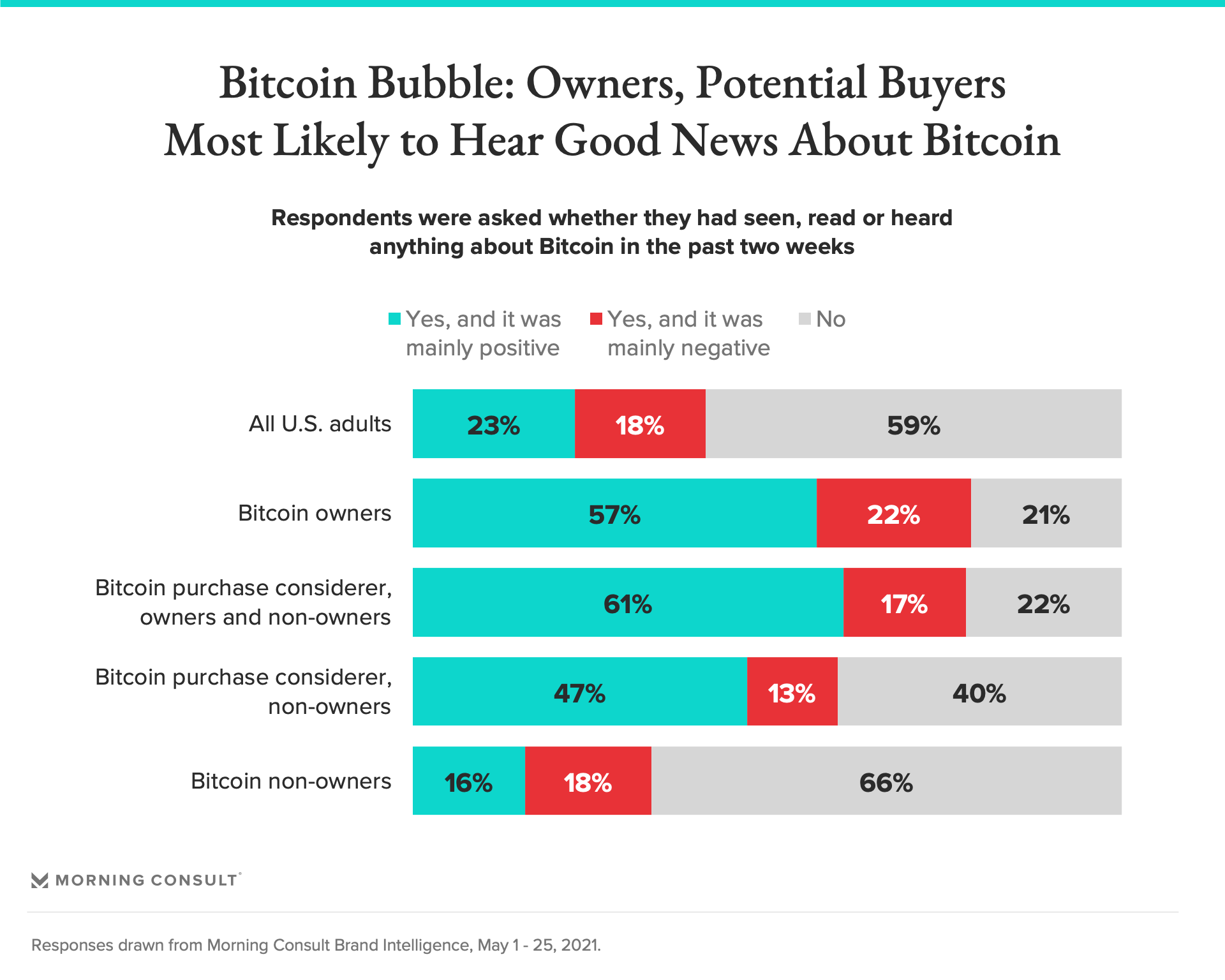 Reason 3: Interest in, and ownership of, Bitcoin is already high within the customer bases of many financial institutions. Major brands — including Wells Fargo and Fidelity, whose leaders have both announced that they will offer crypto investments to their clients — have healthy shares of Bitcoin users among their current customer base. 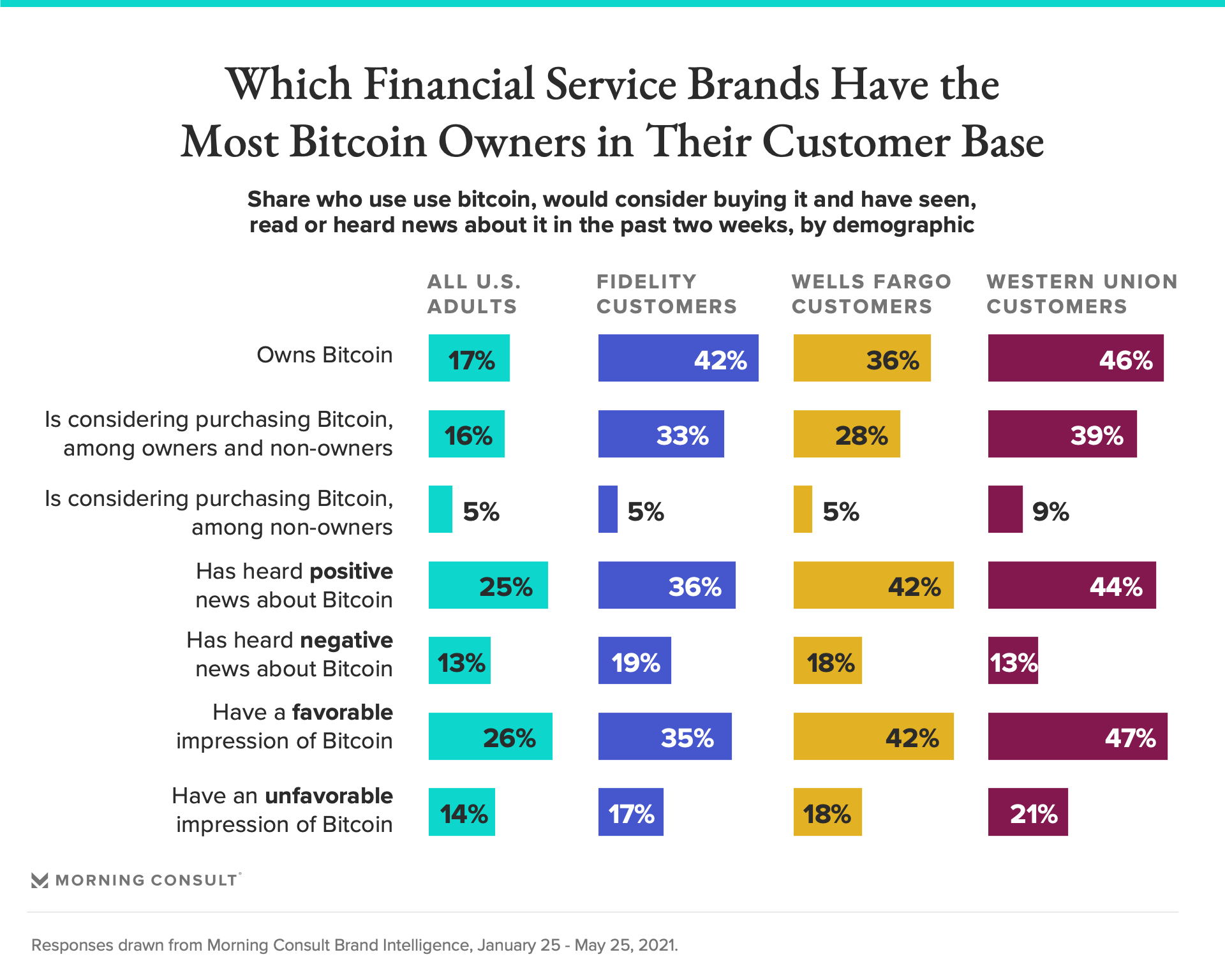 That Western Union has the largest share of Bitcoin users of the above financial institutions is also remarkable. Consumers who regularly use remittance services such as Western Union may be holding Bitcoin in the hopes that they can use it to send or receive money with lower fees than traditional providers.

It is very much a question of “if,” not “when,” the pendulum will swing for Bitcoin back unit of exchange that businesses or users can accept as payment, as opposed to a store of value. But, Bitcoin’s original use case, and that of all cryptocurrencies, as a peer-to-peer payment grows with increased adoption. The more “peers” you have to send or receive payments with, the more attractive it is to use. 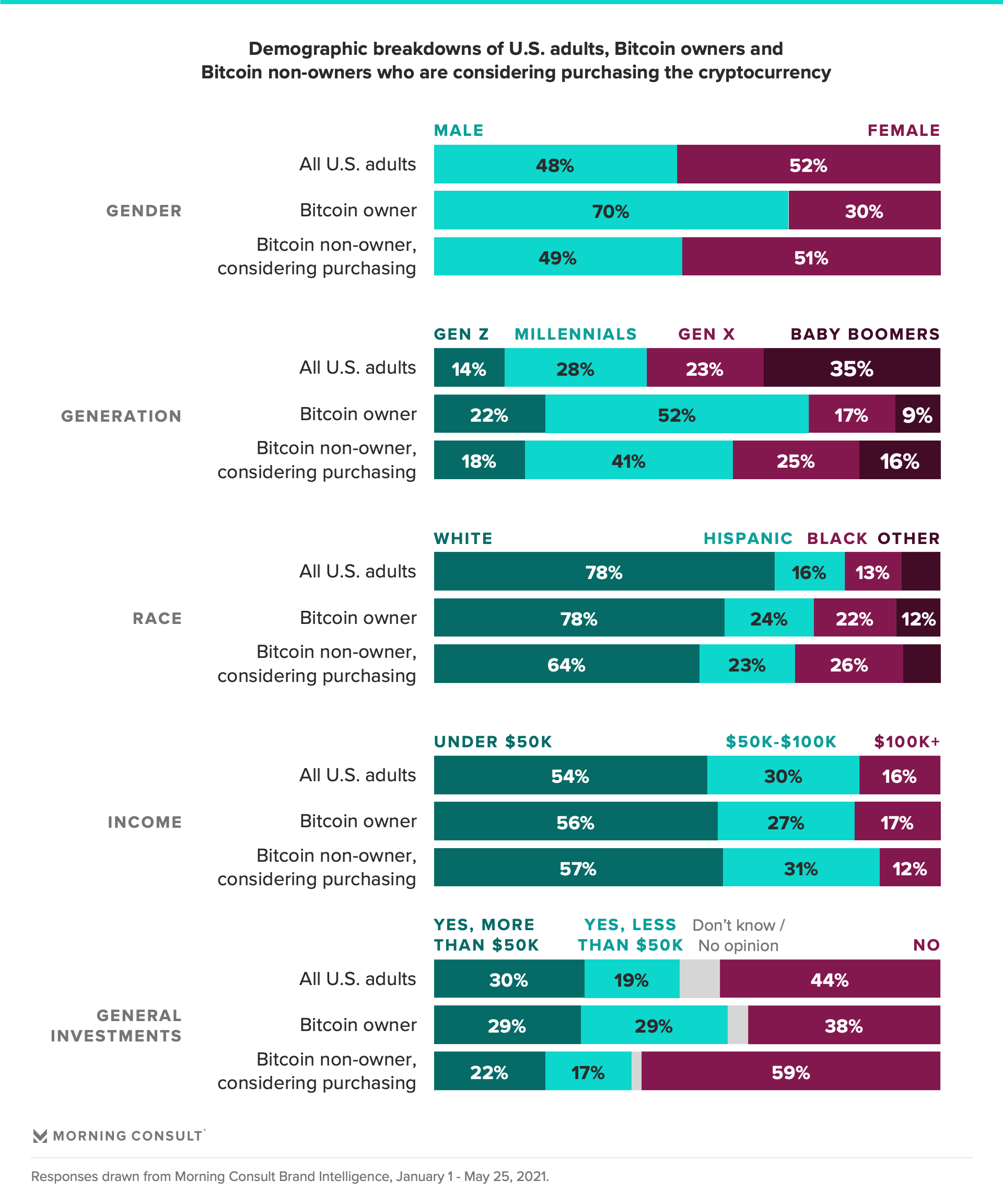 Remember: Bitcoin has had many lives since its creation in 2009. What started as a decentralized, stable form of peer-to-peer currency — accessible by anyone with a smartphone, and eschewed by top bankers such as Jamie Dimon as ripe for fraud — has become a volatile, expensive asset increasingly controlled by Musk’s 280-character messages. And will soon become “mainstream,” as a more solid lineup of brick-and-mortar financial institutions offer it to their business and retail investors.

What financial services leaders should keep an eye on: Traditional financial institutions pursuing crypto offerings should keep an eye on Bitcoin volatility, but more closely watch actual Bitcoin ownership and purchase consideration among their existing customer bases. Even financial services leaders who aren’t considering entering the crypto space should take note of their customers’ ownership of Bitcoin or usage of crypto trading platforms. After all, Bitcoin is now a household name and rivals the biggest banks in awareness among the general population — the same banks that wrote off the currency just a few years prior.