Employment Growth Stalls in May (Again)

Additional delays in job growth will slow the pace of the economic recovery and erode the strength of households’ finances as federal support for workers, homeowners and renters winds down, writes Morning Consult economist John Leer. 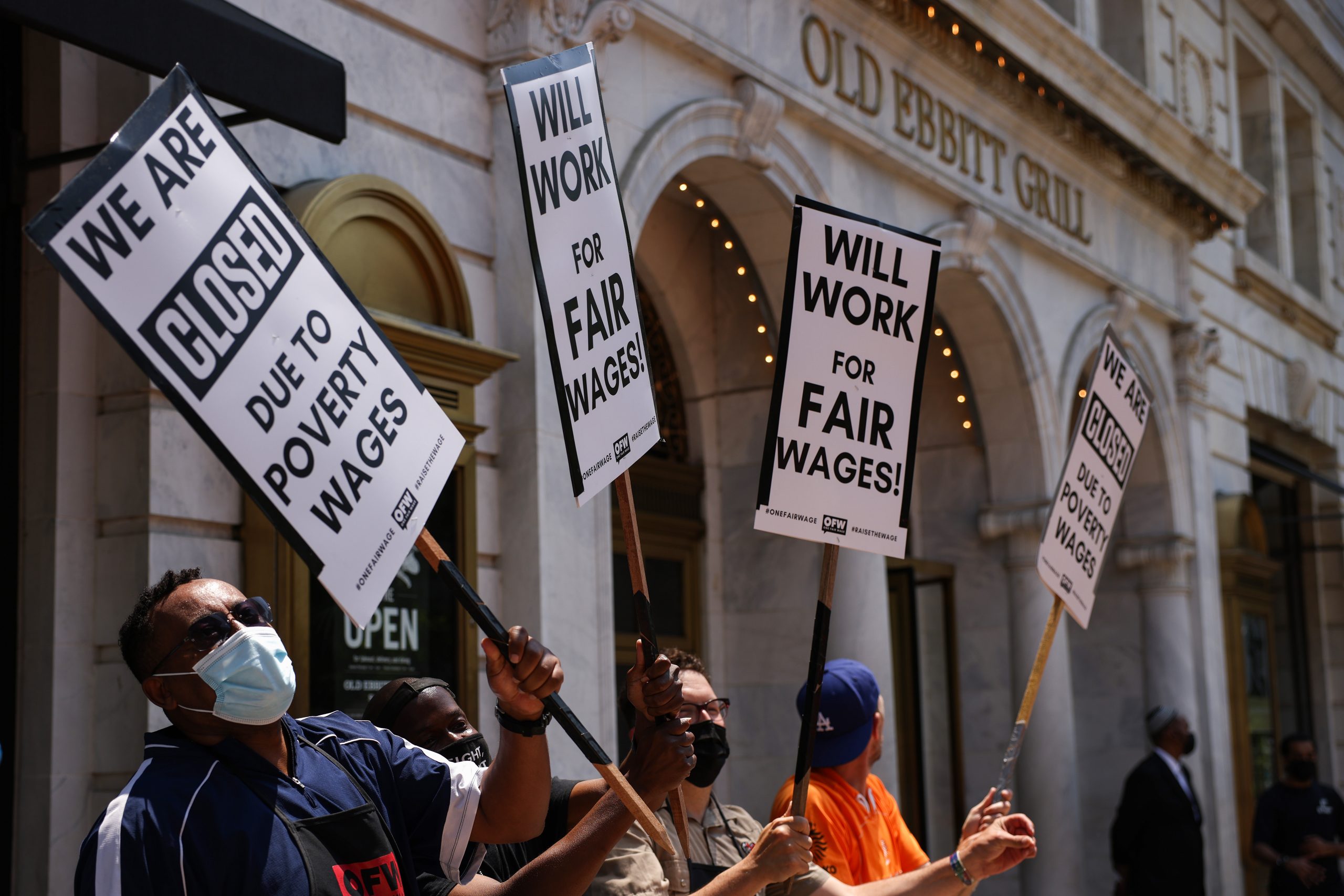 Activists with One Fair Wage participate in a “Wage Strike" demonstration outside of the Old Ebbitt Grill restaurant on May 26, 2021, in Washington, D.C. Restaurant owners say they are having a difficult time hiring back staff, but restaurant workers, wary of pandemic-related health and safety concerns, demand guaranteed full minimum wage plus tips before they can return to the workforce. (Anna Moneymaker/Getty Images)
By John Leer

The following analysis is based off of Morning Consult’s high frequency economic indicator data. Read more from our June 2021 U.S. Economic Outlook report.

Fortunately, households’ finances remained strong enough through the end of April to withstand the slowdown in job creation, but the clock is ticking. Federal unemployment benefits are winding down, missed rent and mortgage payments are coming due, and prices of basic goods like gasoline and groceries are rising. Without additional income from jobs, millions of Americans will begin cutting back on spending and eating into their savings in June, leaving the consumer-driven economy more vulnerable in the months ahead.

Pay and income losses remained elevated across the income spectrum at the end of May, indicating persistent weaknesses in the demand for labor. For the week ending May 22, 12.8 percent of the U.S. adult population experienced a loss of pay or income at some point during the prior week, essentially unchanged from the last full week of April.

The rate of pay and income losses has to fall further for workers who dropped out of the labor force to start looking for work. It is difficult for discouraged workers who stopped looking for work to justify spending the time to apply for jobs when they see their spouses, neighbors and friends continuing to lose pay or income. 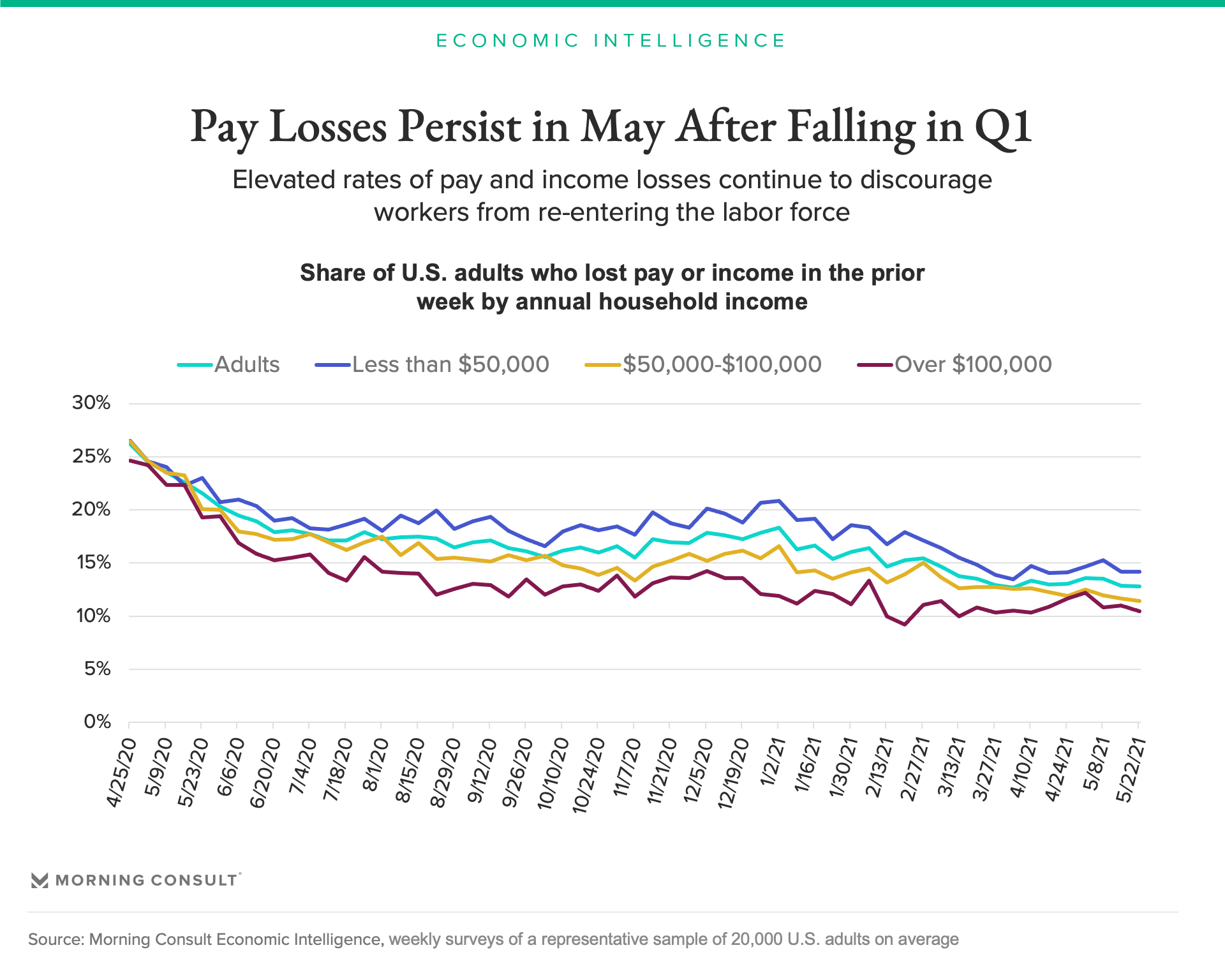 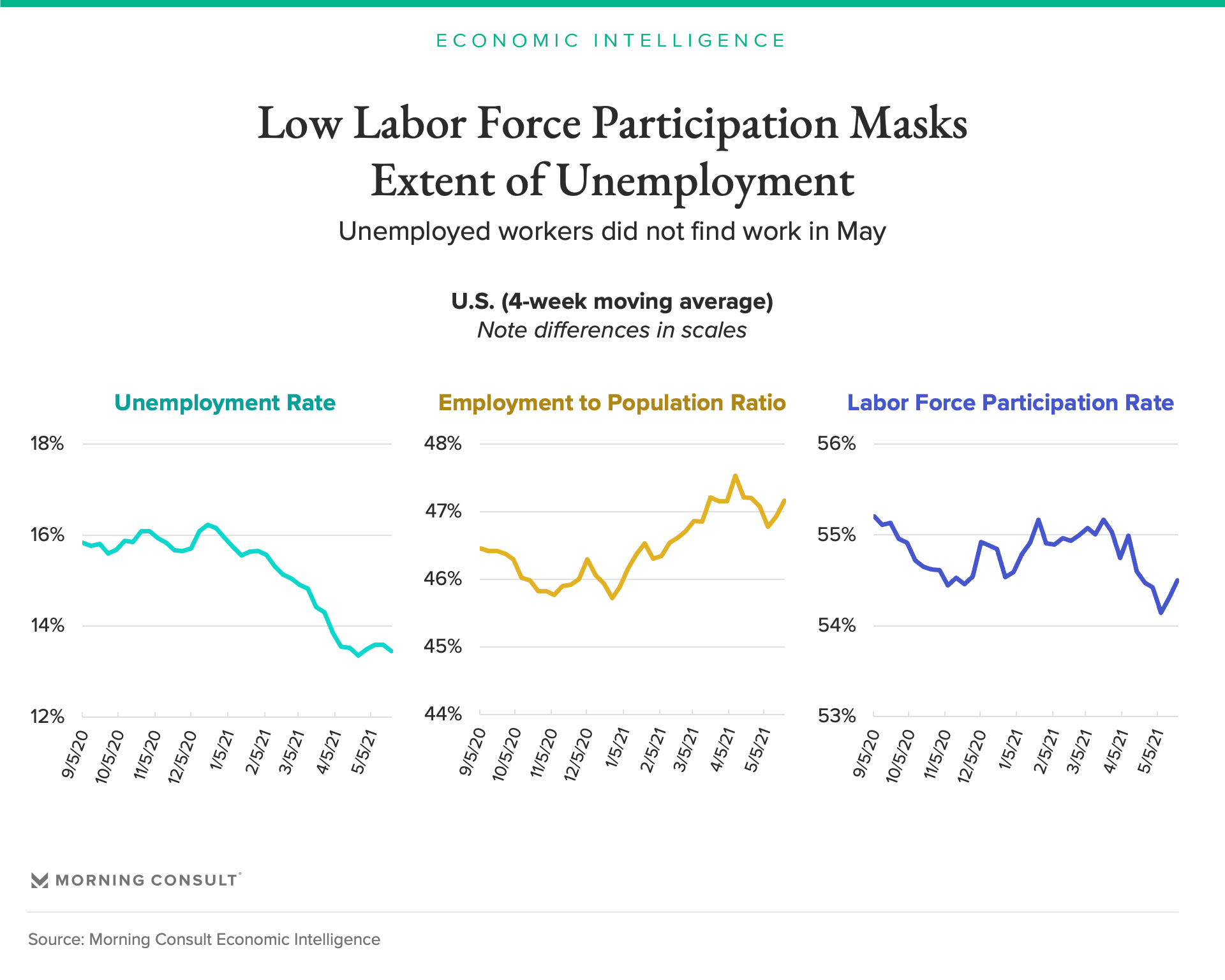 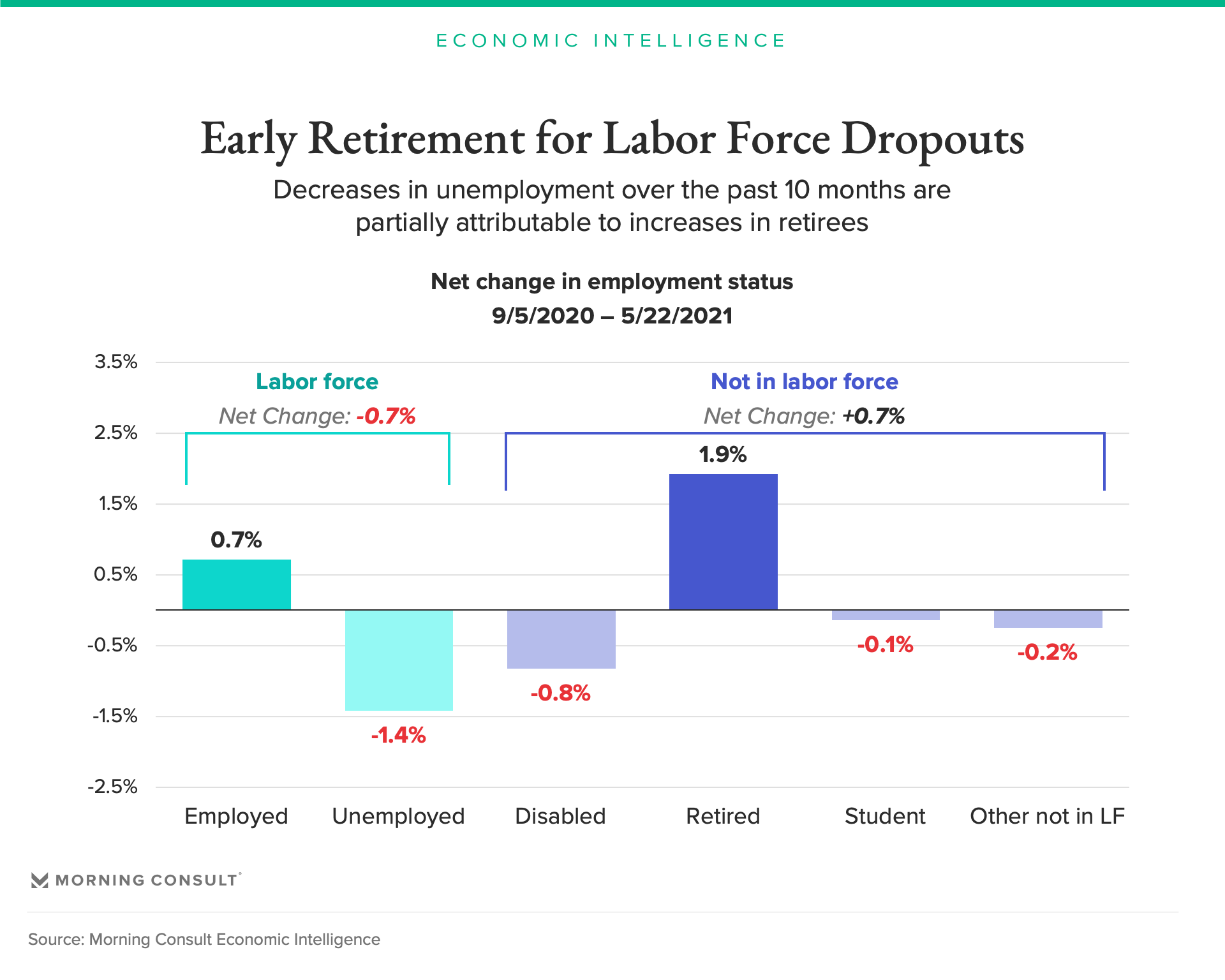 The standstill in the employment recovery occurs against the backdrop of additional demands on workers’ wallets. Federal unemployment benefits are being phased out in some states as early as June 12, and the benefits expire across the country on Sept. 6. Homeowners and renters who have been in forbearance for the past 12 months are also on the hook to start repaying rent and mortgage payments they have not been making. Finally, rising gasoline prices are leaving households with less to spend on discretionary purchases.

Read more from our June report on the U.S. economic outlook.