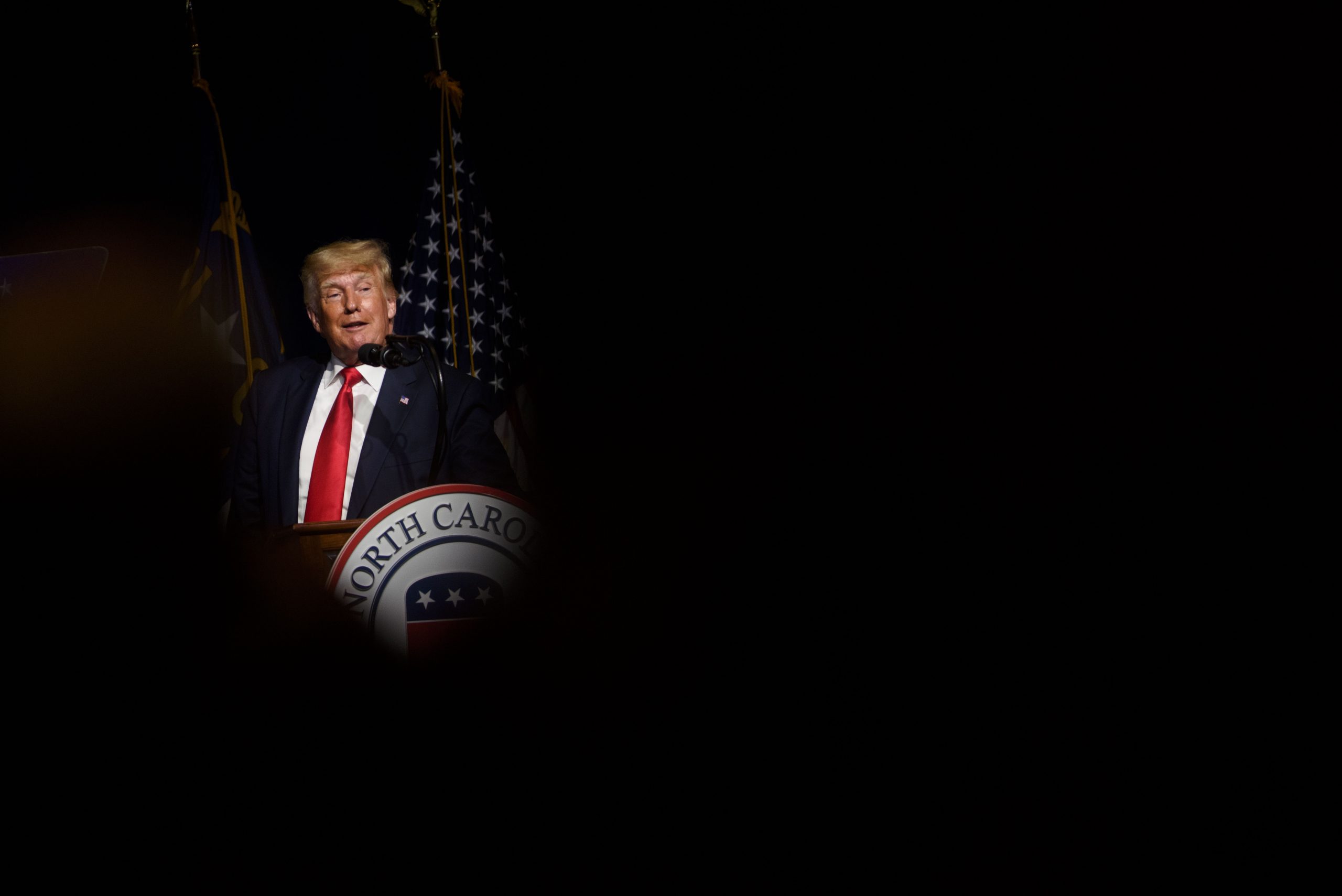 Former President Donald Trump addresses the North Carolina Republican Party's state convention on Saturday in Greenville, N.C. Trump's speech was his first high-profile public event since he left office in January, and came as a slim majority of Americans said they supported Facebook Inc.'s decision to keep him off its platform for the next two years, at least. (Melissa Sue Gerrits/Getty Images)
By Matt Bracken

Facebook Inc.’s decision to suspend former President Donald Trump from its platform for at least two years is backed by a slim majority of the electorate, new Morning Consult/Politico polling shows.

Just over half (51 percent) of registered voters in the June 4-7 poll said they supported the social media giant’s choice to keep Trump’s suspension intact through January 2023, at which point he would be eligible for reinstatement if Facebook concludes that “the risk to public safety” his presence poses “has receded.”

Forty percent of voters, meanwhile, said they oppose the move, including 32 percent who “strongly” disagree with the ruling. 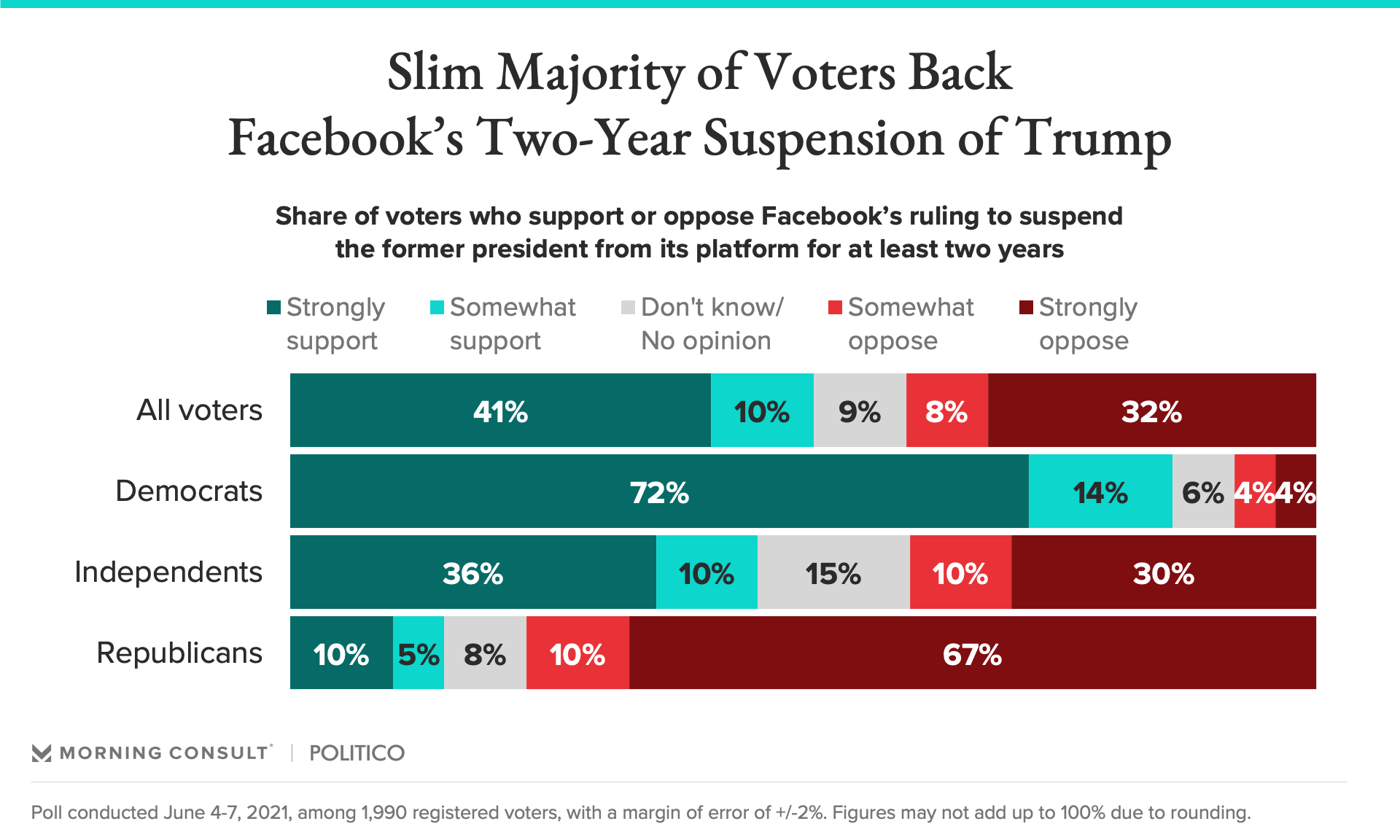 The poll was conducted among 1,990 registered voters, with a margin of error of 2 percentage points. And for the first time in the Morning Consult/Politico poll, the responses were weighted on 2020 presidential vote in addition to the typical weighting variables of age, gender, race and ethnicity, educational attainment and region.

Facebook’s announcement, which came just days after Trump shut down his blog after less than a month, means the former president will be unable to directly share his views on a leading social platform during the 2022 midterm elections, having been permanently banned from Twitter. The move also follows the Facebook oversight board’s decision last month to uphold the company’s initial suspension of Trump in the aftermath of the Jan. 6 insurrection — a ruling supported by 56 percent of voters in a May 7-9 Morning Consult/Politico poll.

Predictably, Democrats, at 86 percent, heavily backed Facebook’s choice to sideline Trump for the next two years, including 72 percent who “strongly” supported the decision. Just 8 percent of Democrats said they opposed Facebook’s resolution.

On the other side of the aisle, 77 percent of Republicans opposed the move — including two-thirds who “strongly” did so — and 15 percent were in support.

Though news of Facebook’s decision broke Friday afternoon, the announcement successfully penetrated the pre-weekend news cycle for most voters: Thirty-four percent said they had seen, read or heard “a lot” about Trump’s suspension, while another 37 percent said they saw “some” coverage of it.

Four in 5 Democrats reported seeing, reading or hearing at least something about Facebook’s ruling, compared to two-thirds of GOP and independent voters.