Why Fintech Brands Have the Trust of Consumers, Even if ‘Fintech’ Doesn’t

Jamie Dimon is right to be scared 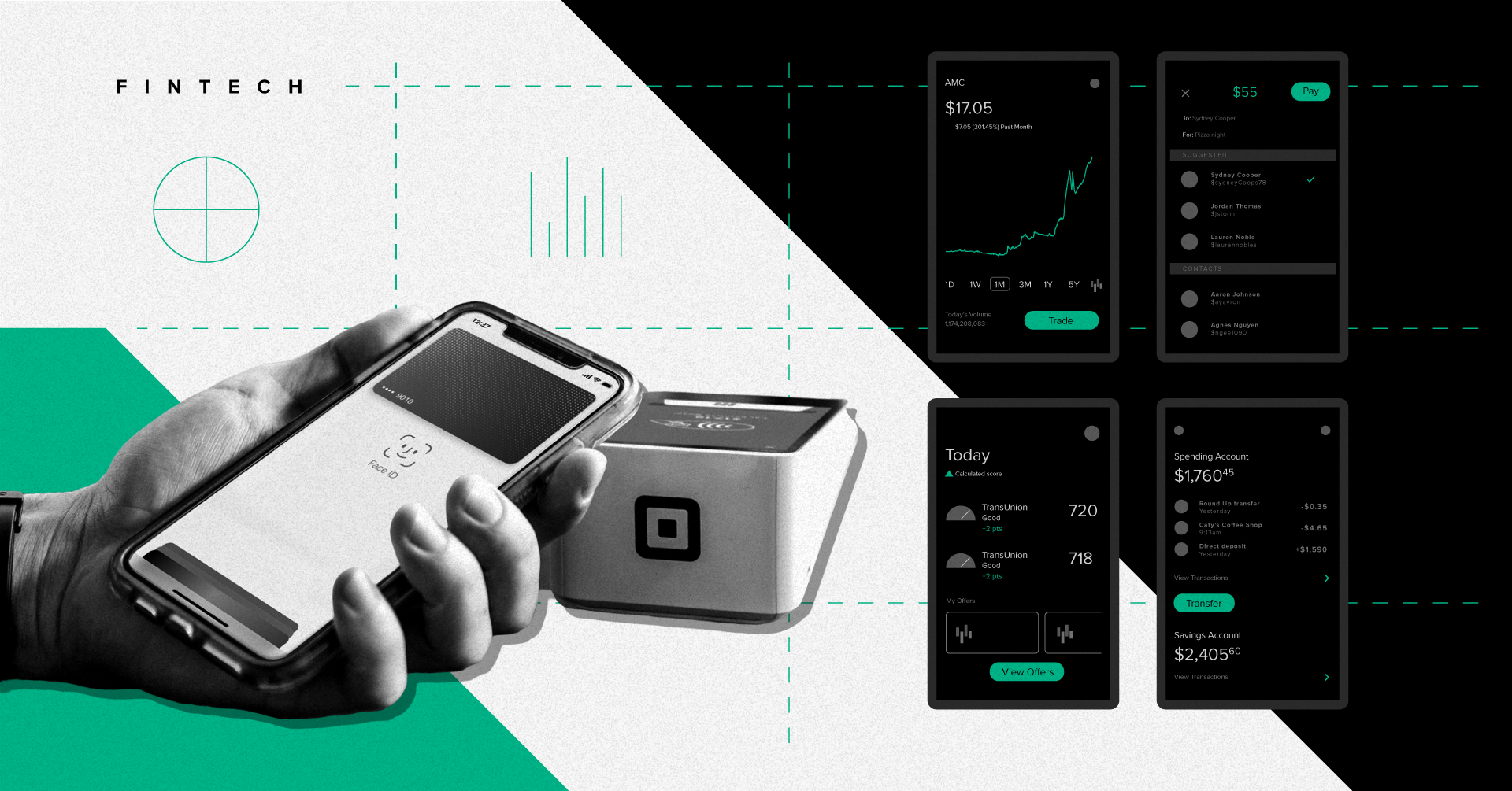 Jamie Dimon is not alone in being afraid of fintech. Leaders at many traditional financial services institutions see their biggest competitive threats not in their brick-and-mortar peers, but in small, nimble tintechs, a category consisting of start-ups and other new entrants with digital-first, technology-enabled products and services in the financial services industry.

And while these leaders may soothe their fears with reminders that Robinhood or Affirm will never have the unshakeable trust and loyalty they’ve established over decades — or even centuries — of service, they are missing the point: Fintech’s don’t have a trust problem, they have an awareness problem. And as their consumer awareness grows, so does trust. 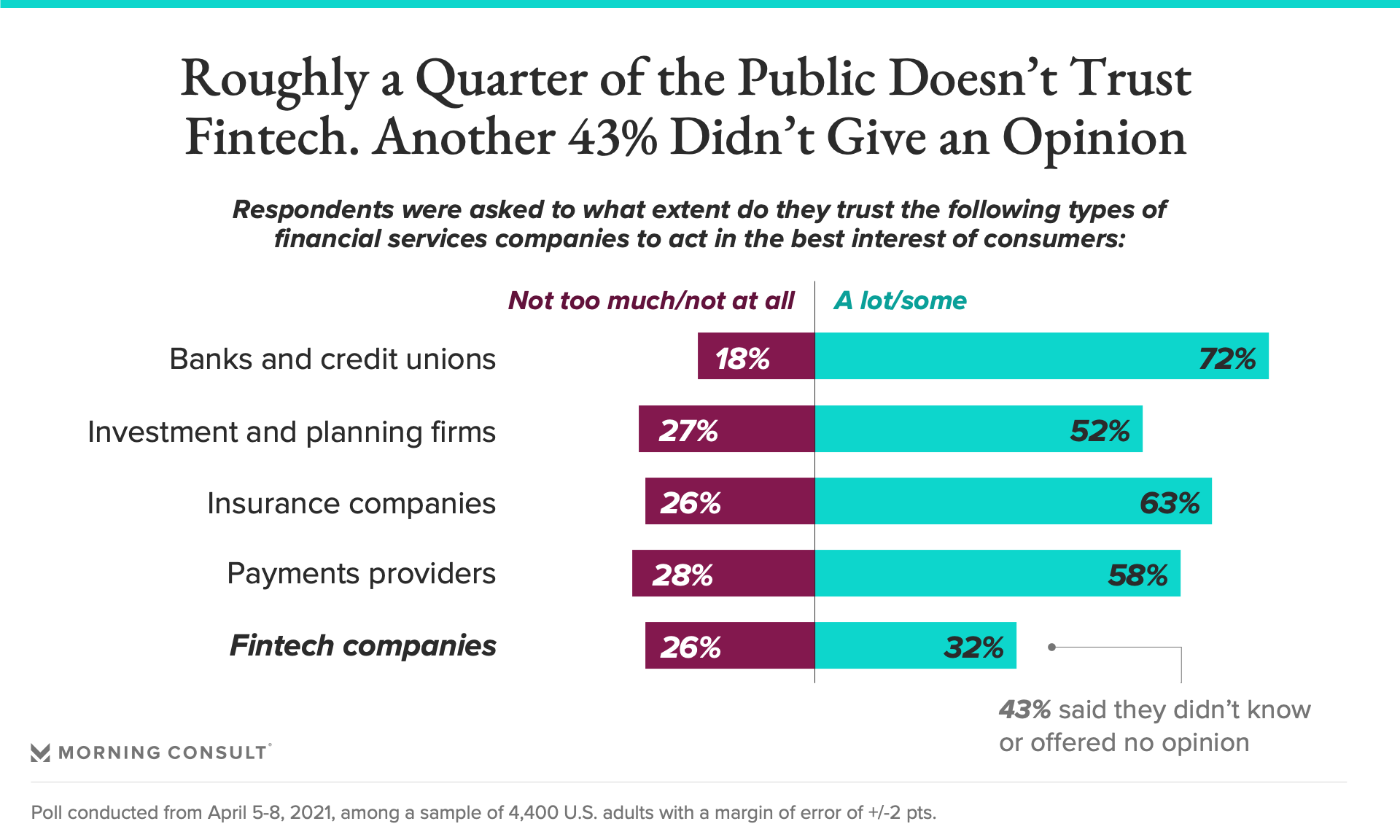 As a category, fintech is not yet getting the benefit of the doubt from consumers when it comes to trust, especially when compared to traditional providers such as banks and credit unions. Roughly one-quarter said they do not trust fintech companies to act in the best interest of consumers. Forty-three percent offered no opinion. 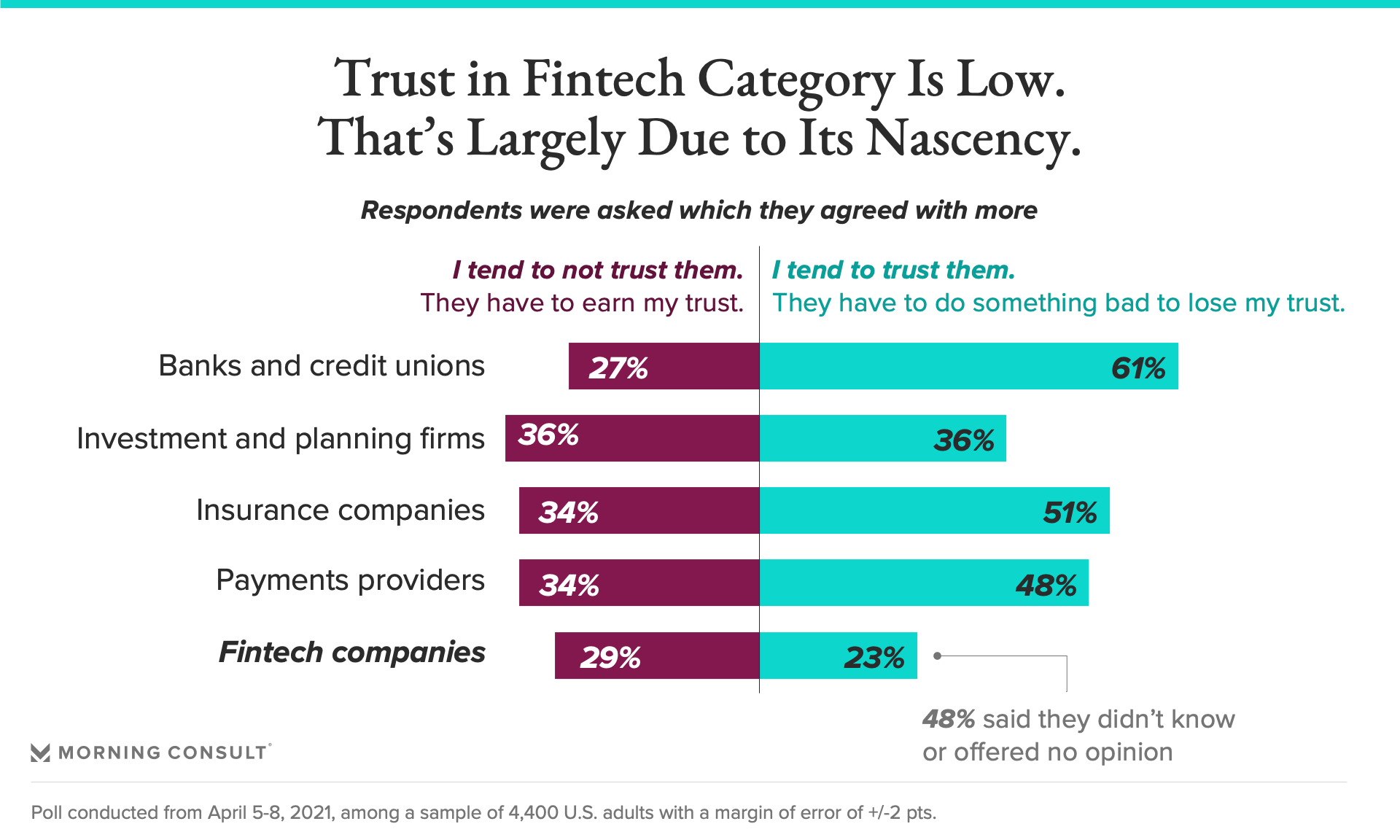 It’s important to focus on that lack of opinion: This ambivalence is largely due to fintech’s newcomer status. They haven’t had centuries to establish brand recognition, let alone build trust. Lower awareness, some fintech leaders may argue, isn’t even a problem that they feel they need to solve, since they were founded to serve niche needs or audiences that larger institutions have neglected, and do not need the same type of scale as traditional FIs in order to succeed. 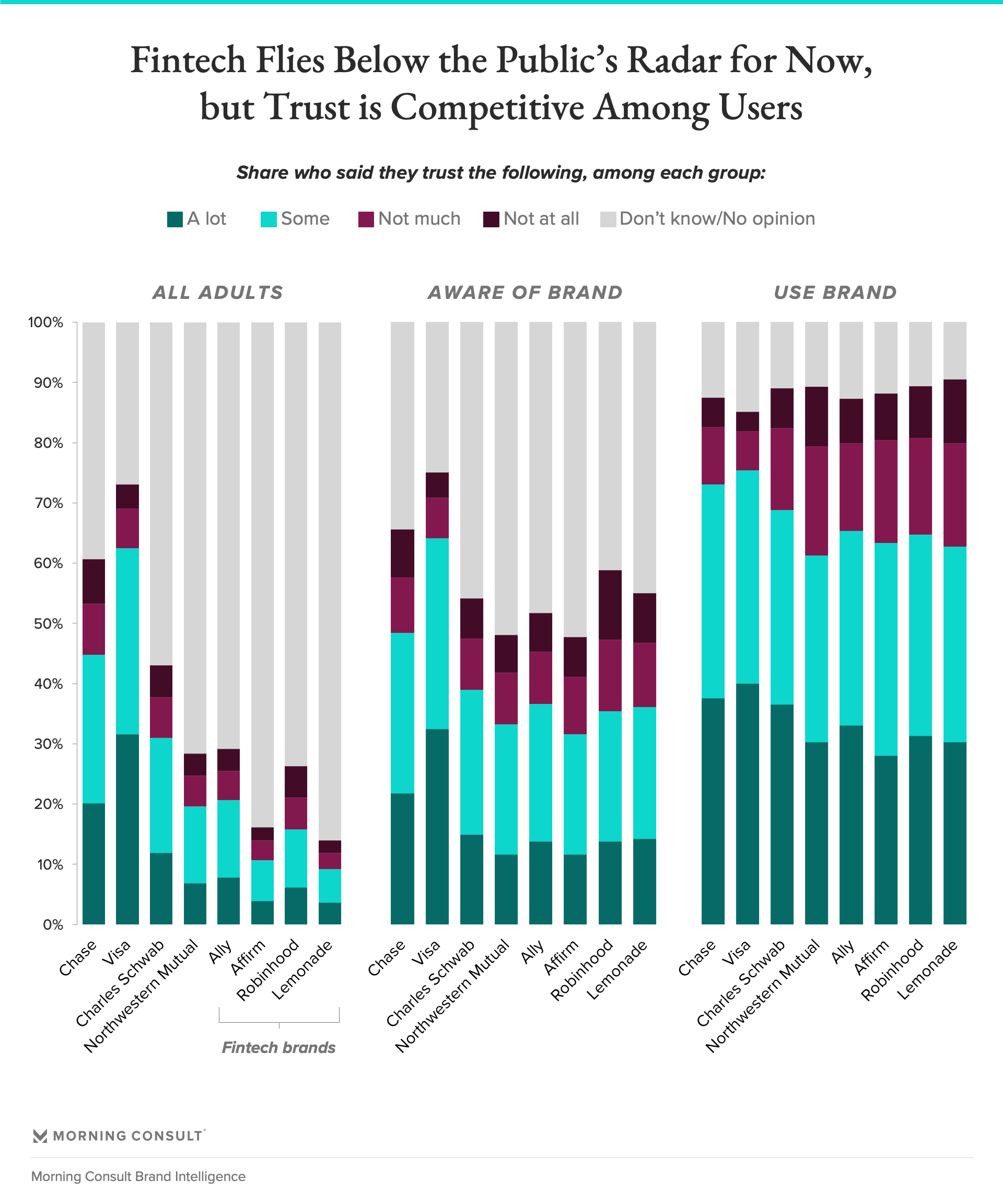 Analysis at the brand name level, using Morning Consult Brand Intelligence, reveals a similar pattern as our Research Intelligence data: a large portion of adults have no opinions on fintechs, which translates to less overall trust compared to traditional financial services brands.

But something interesting happens when we refine the lens for viewing trust. Among those aware of the respective brands, trust of fintechs versus traditional providers is competitive, and distrust is low. Among users of fintech brands, trust grows, although some distrust does creep in, as well.

This should scare traditional financial services leaders. fintechs have gained commendable amounts of trust among users in their short lifetimes. Even those that have had high profile stumbles, such as Robinhood, show strong trust among consumers.

A look at trust in other financial services categories gives clues as to why this is happening, and what it means for the future of fintech trust.

This is almost the inverse of the trend we saw for trust in established institutions such as banks, in our Most Trusted Brands: Financial Services report, and bears repeating: Although consumers were more likely to say they trusted banks and credit unions as a category, only one brand made the list of most trusted brands in financial services.

Related: Here’s Where the Youngest Generation of Investors is Getting Their Financial Advice

While banks and credit unions get the benefit of the doubt as institutions from consumers, individual brands do not. Payments providers, however, whose transactional, digital-first relationships most closely mirror those that many fintechs are attempting to create with customers, don’t have as much of the benefit of the doubt (such as with fintechs) but are trusted more at the brand level.

If the same pattern holds true for fintechs as they gain awareness, traditional financial institutions, including payments providers, will be in trouble.

What’s more, there are signs that the lower bar for trust of fintechs is actually making it easier to impress consumers and build more trust.

The Robinhood brand has shown impressive resilience in trust throughout 2021, despite the stock trading app’s central role in the GameStop trading rollercoaster. The brand has almost completely recovered its net trust since January, making the same gains in a matter of months that Wells Fargo has struggled to rebuild following its — albeit, more scandalous — account fraud controversies.

The entire fiasco even boosted Robinhood’s awareness among the general population — giving it a wider audience with which to establish trust. 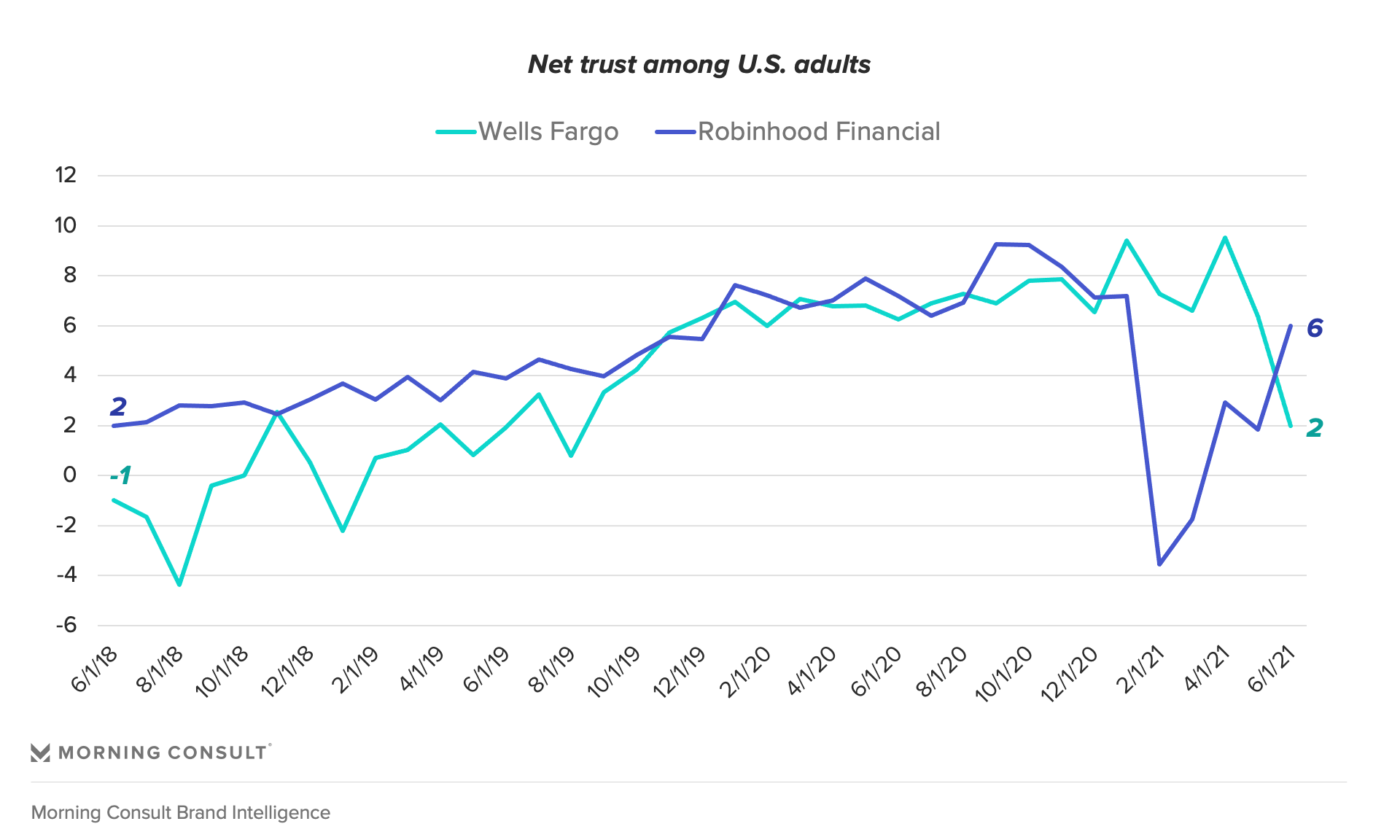 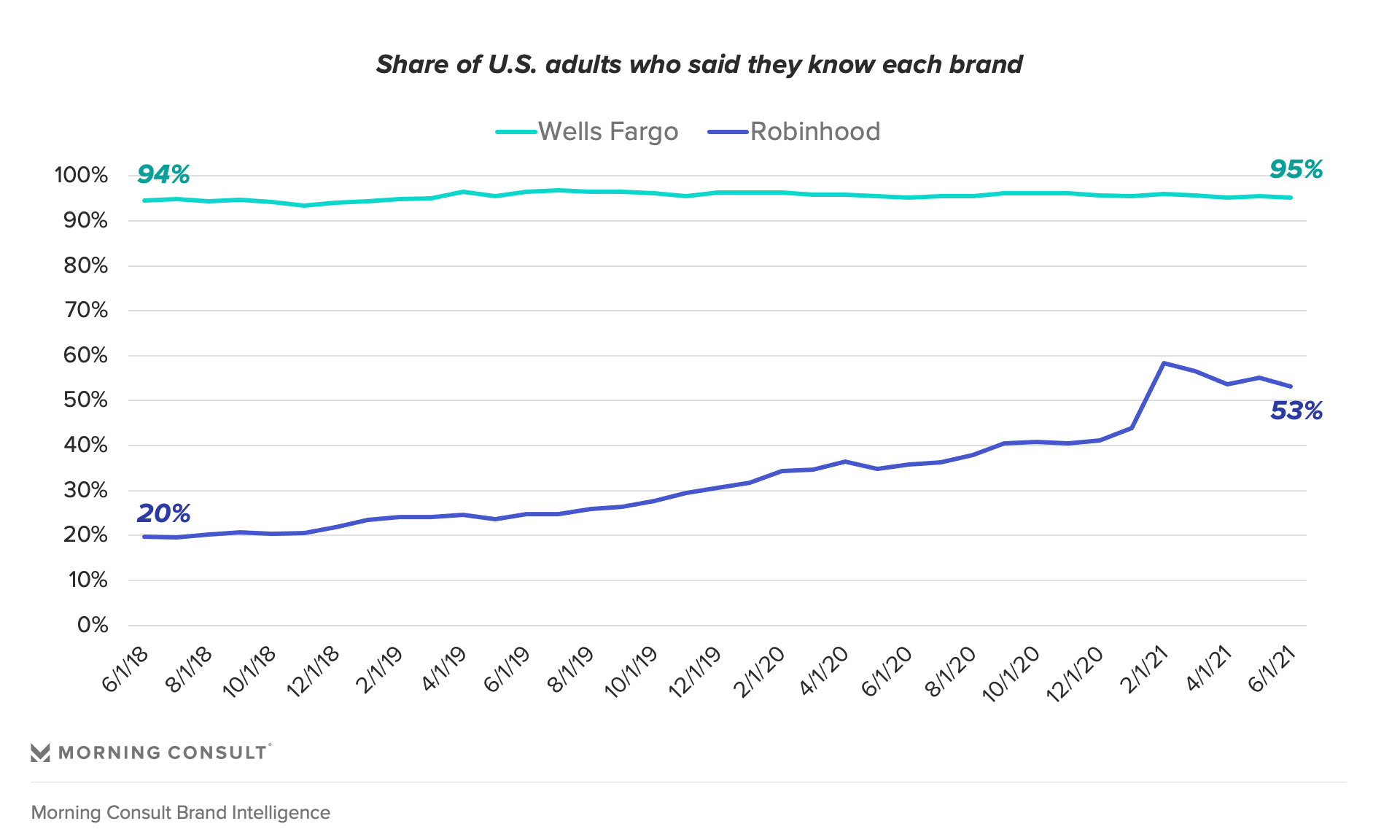 Leaders at traditional financial institutions must remember: Fintechs aren’t trying to replace traditional providers — but they are trying to compete with them in offering consumers specific services. As they monitor the threat of fintechs, leaders should be mindful that with increased awareness of the brands will come increased trust — formed differently, more rapidly and with more resilience than their own.