As COVID-19 Origins Get Another Look, Nearly Half of the Public Backs Wuhan Lab Leak Theory

About a quarter of U.S. adults believe the virus moved naturally from animals to humans 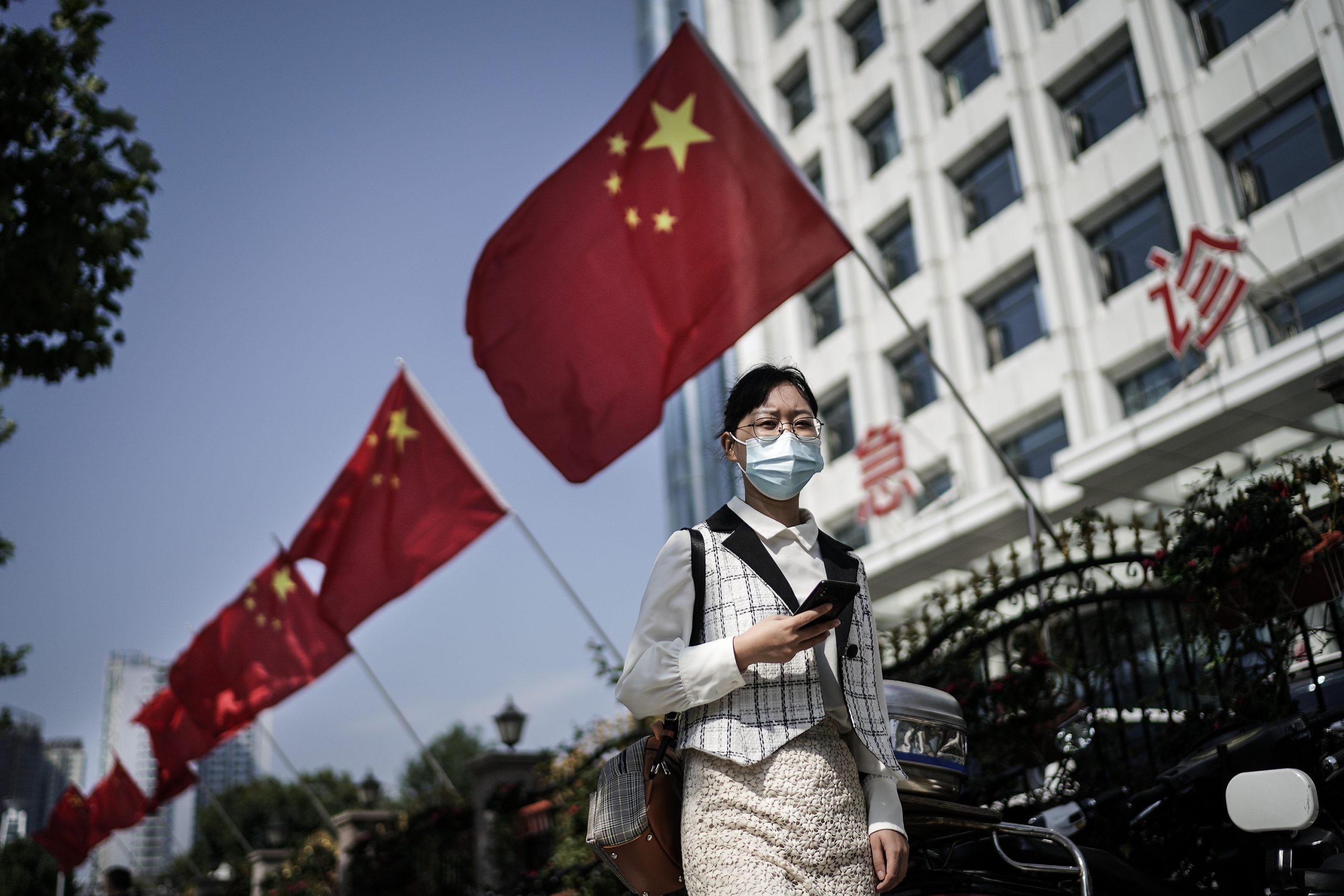 A woman passes the hospital gate in Wuhan, China, during the national holiday on Oct. 1, 2020. A Morning Consult poll found that 46 percent of U.S. adults think the coronavirus spilled from a virology laboratory in Wuhan compared with 26 percent who agree more that the coronavirus moved naturally from animals, possibly originating with bats, to humans. (Getty Images)
By Gaby Galvin

As pressure builds for a deeper probe into the origins of the COVID-19 pandemic, new Morning Consult polling indicates U.S. adults are more likely to think the coronavirus spilled from a laboratory than that it moved naturally from animals to humans.

More than 173 million infections have been recorded around the globe since the coronavirus began circulating, but exactly how the pandemic started remains a mystery. The World Health Organization has said it’s “extremely unlikely” the virus began spreading after a lab accident, but last month, President Joe Biden called for a 90-day investigation into the pandemic’s origins, and recent reporting on illnesses among workers from the Wuhan Institute of Virology reinvigorated bipartisan interest in the lab leak theory.

Even so, public perception of the pandemic’s origins is highly polarized. The new survey, conducted June 4-7, found that 70 percent of Republicans believe the virus spilled from a lab in Wuhan, China, while just 11 percent think it transferred naturally from animals to humans. Among Democrats, 32 percent back the lab leak idea and 40 percent say they think the virus spread from animals. 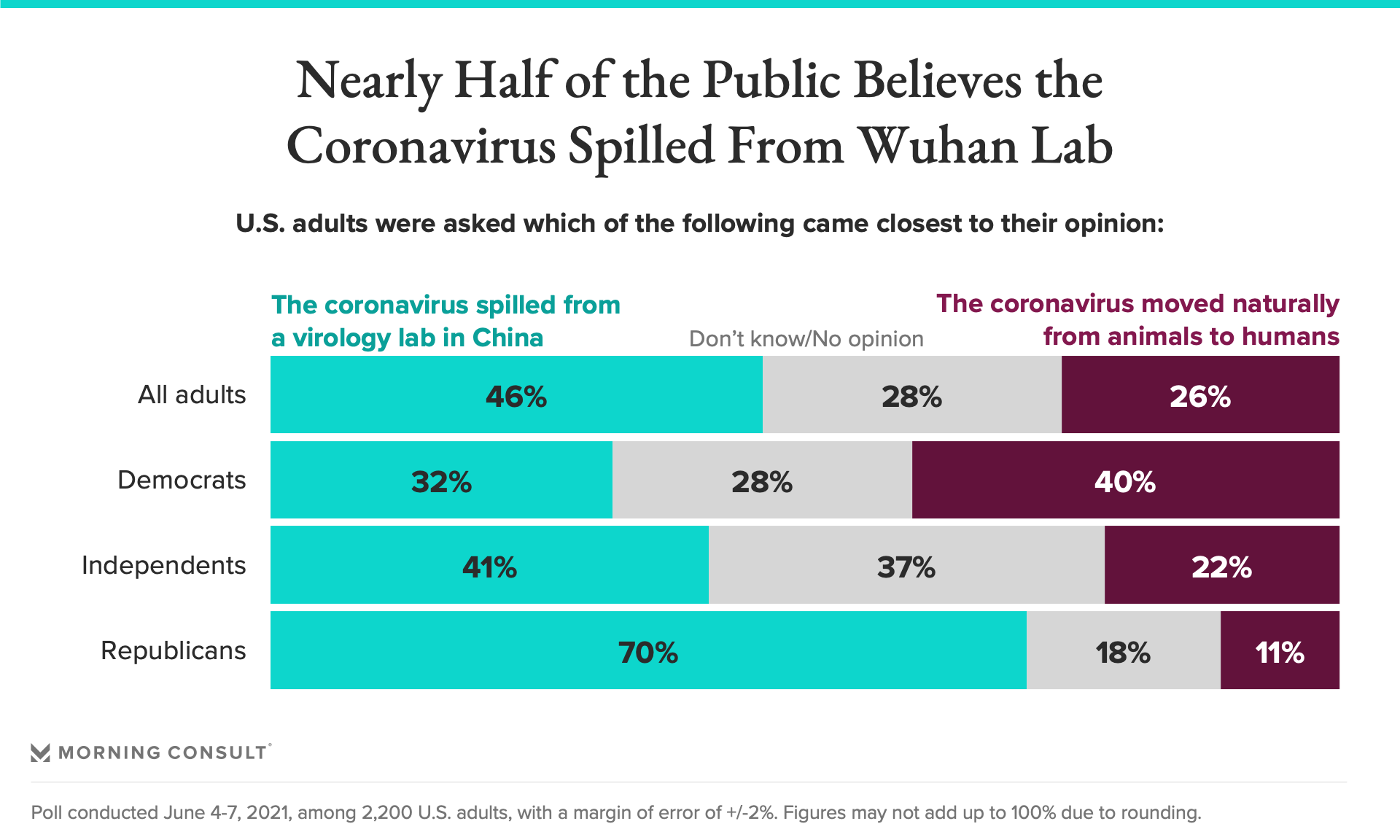 Overall, 46 percent of U.S. adults believe the COVID-19 pandemic originated with a lab accident, while 26 percent think the virus began spreading naturally and 28 percent said they don’t know or have no opinion.

The sheer number of reports about the lab leak hypothesis may be shaping the public’s opinion. Republicans were twice as likely to have heard “a lot” about the theory that the virus came from a lab than the idea that it moved from animals to people (46 percent to 23 percent), while about a third of Democrats said they’d heard a lot about both theories.

Conservatives have seized on the lab leak theory, once dismissed by scientists and championed by former President Donald Trump. And last week, Dr. Anthony Fauci was the target of an online smear campaign after news outlets released his emails from early 2020, when much was still unknown about the virus, with detractors accusing him of lying about the pandemic’s origins.

Now the lab leak theory is getting another look. Fauci, director of the National Institute of Allergy and Infectious Diseases, said Friday that it’s “extremely legitimate” to investigate the pandemic’s origins “so that we can make sure it doesn’t happen again,” and called the personal attacks “fabricated” and “misleading.” 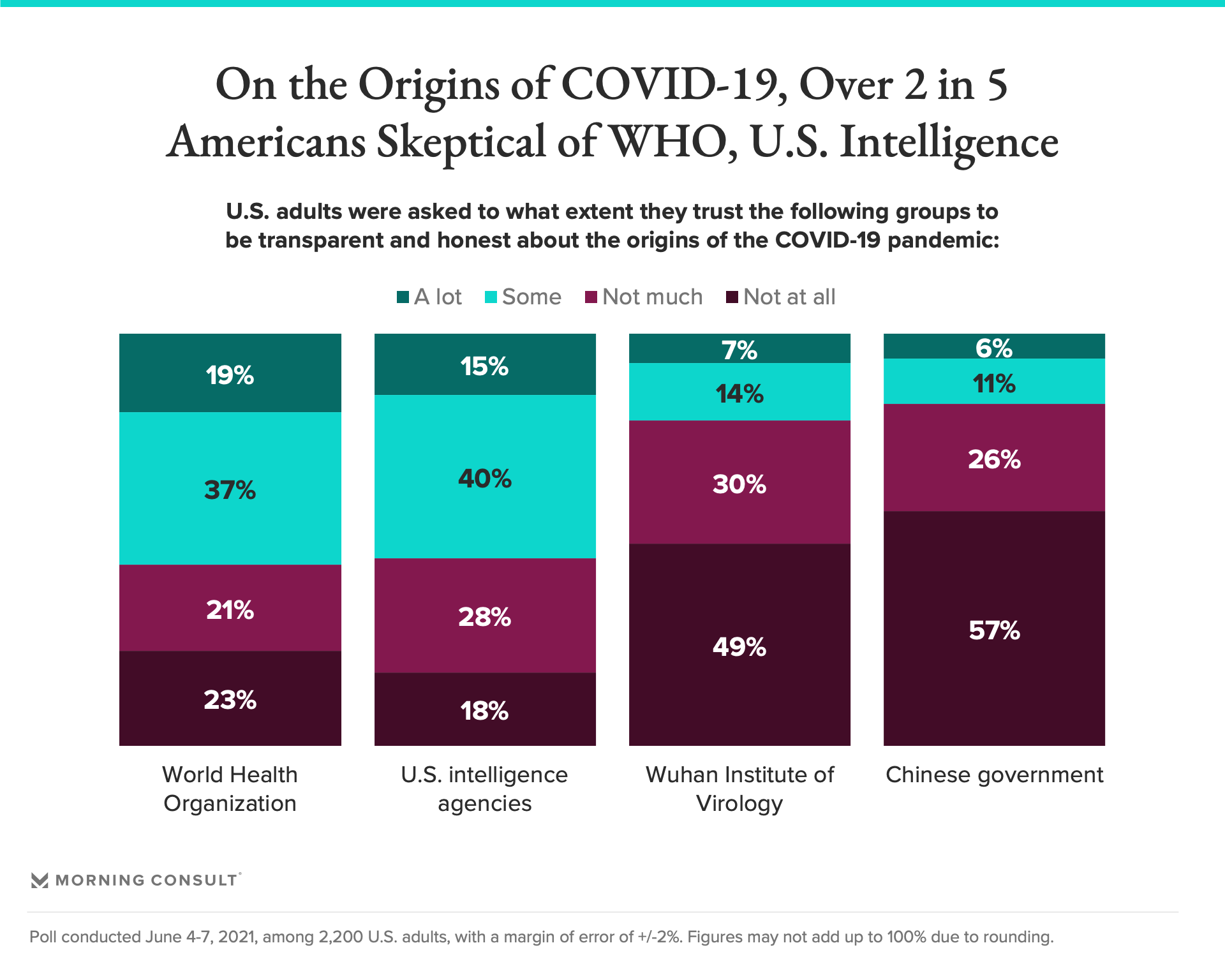 Much of the public is wary of the institutions probing the coronavirus. Just over half of adults trust U.S. intelligence agencies or the World Health Organization “a lot” or “some” to be transparent and honest about how the pandemic started, while roughly 1 in 5 said the same for the Wuhan Institute of Virology and the Chinese government.

Regardless, most adults support a U.S. investigation into the pandemic’s origins, at 79 percent, while just 8 percent think the federal government should not probe the issue. Republicans were slightly more likely to favor an investigation than Democrats, 85 percent to 80 percent.

The survey was conducted among 2,200 U.S. adults and has a margin of error of 2 percentage points.