Among Voters, Biden’s Infrastructure Package Has a Slight Edge Over GOP Proposal 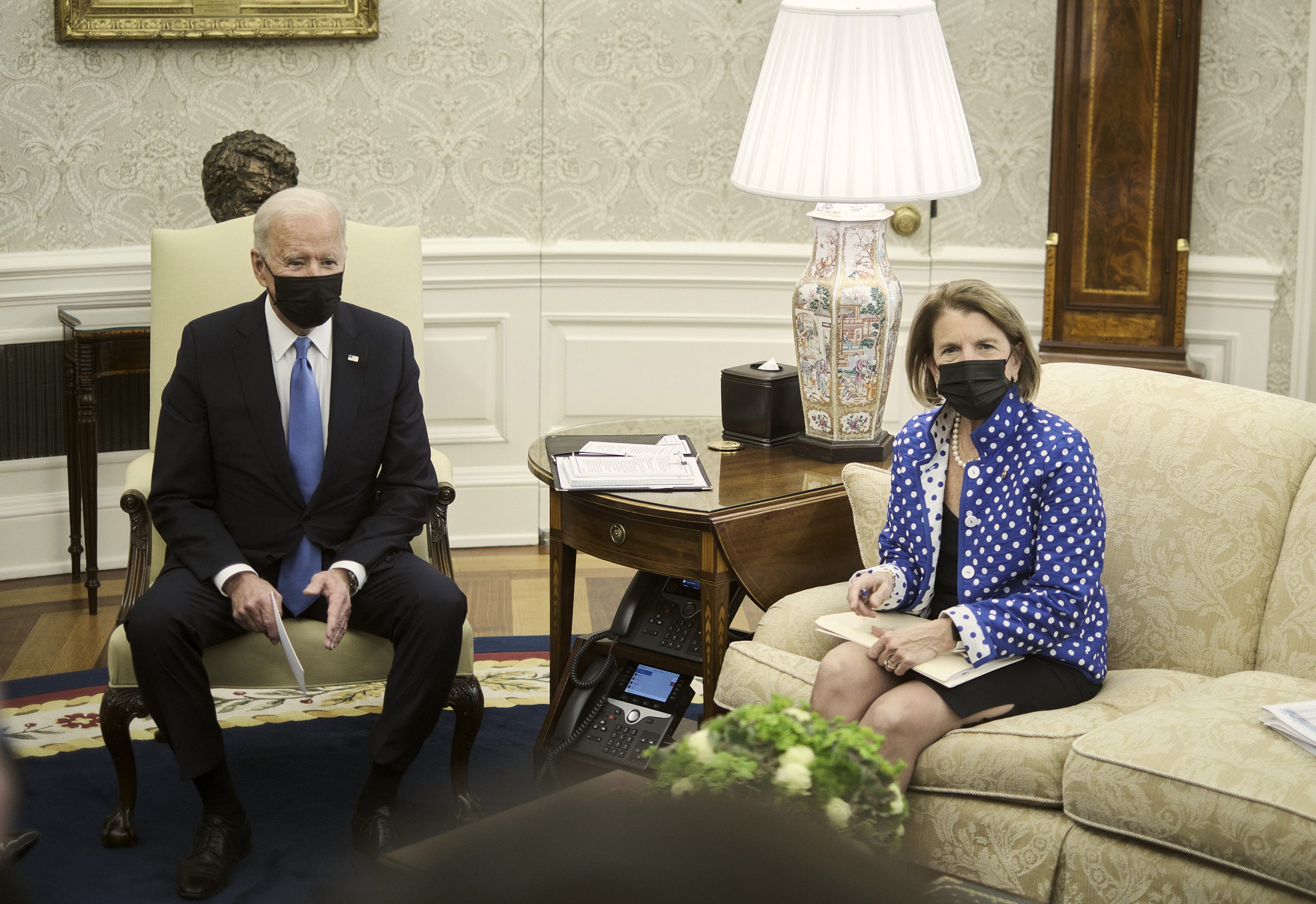 President Joe Biden makes a statement to the press as Sen. Shelley Capito (R-W.Va.) listens during a meeting with a group of Republican senators to discuss the administration’s infrastructure plan in the Oval Office at the White House on May 13, 2021, in Washington, D.C. (T.J. Kirkpatrick/Pool/Getty Images)
By Claire Williams

While infrastructure negotiations have started and stalled in recent weeks, support for some kind of package resonates with about half of U.S. voters, new polling shows.

The White House and Senate Republicans have gone back and forth on offers that include options to pay for a plan via corporate tax increases to bargaining over the price tag of the proposal. President Joe Biden is now turning the page on negotiations with Sen. Shelley Moore Capito (R-W.Va.) and will instead move forward on talks with a bipartisan group of senators, and he’ll do so at a position of moderate strength in terms of voter support. 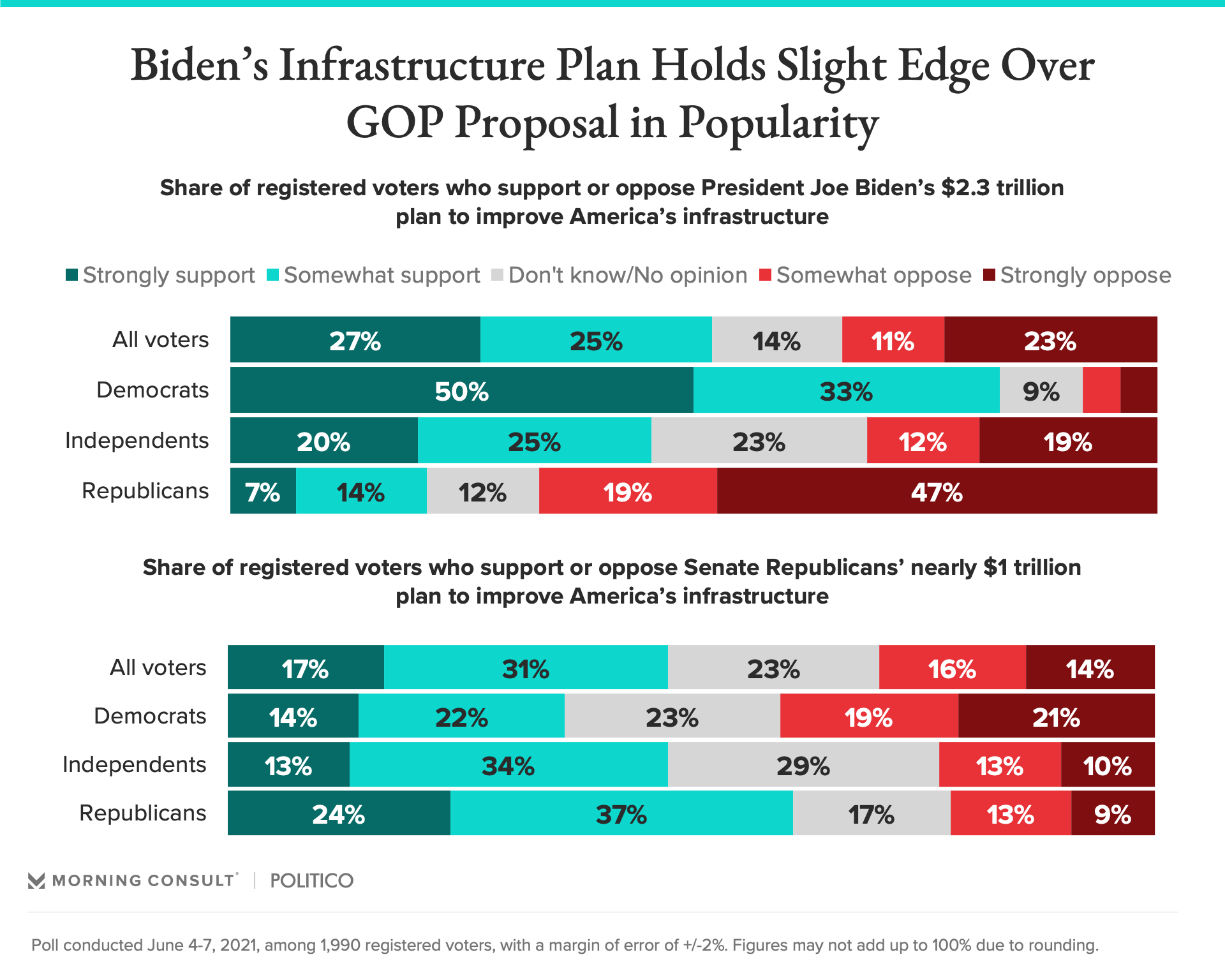 Unsurprisingly, Biden’s infrastructure plan received its highest level of support from Democratic voters at 83 percent, compared to 45 percent of independents and 21 percent of Republicans.

The Senate Republicans’ plan, similarly, was primarily backed by GOP voters, but enthusiasm was more tepid. Sixty-one percent of Republicans support the plan, while 36 percent of Democrats and 47 percent of independents said the same.

Throughout negotiations, one of the major sticking points between the White House and GOP lawmakers has been how to fund the large spending proposals, with Biden wanting to raise taxes on corporations, which Republicans have said is a nonstarter. Recently, the White House reportedly offered Republicans a potential concession — a 15 percent corporate tax minimum, aimed at very profitable U.S. companies that pay the federal government very little or nothing in taxes every year.

That 15 percent minimum tax rate is the most popular of the potential payment methods, according to the poll. 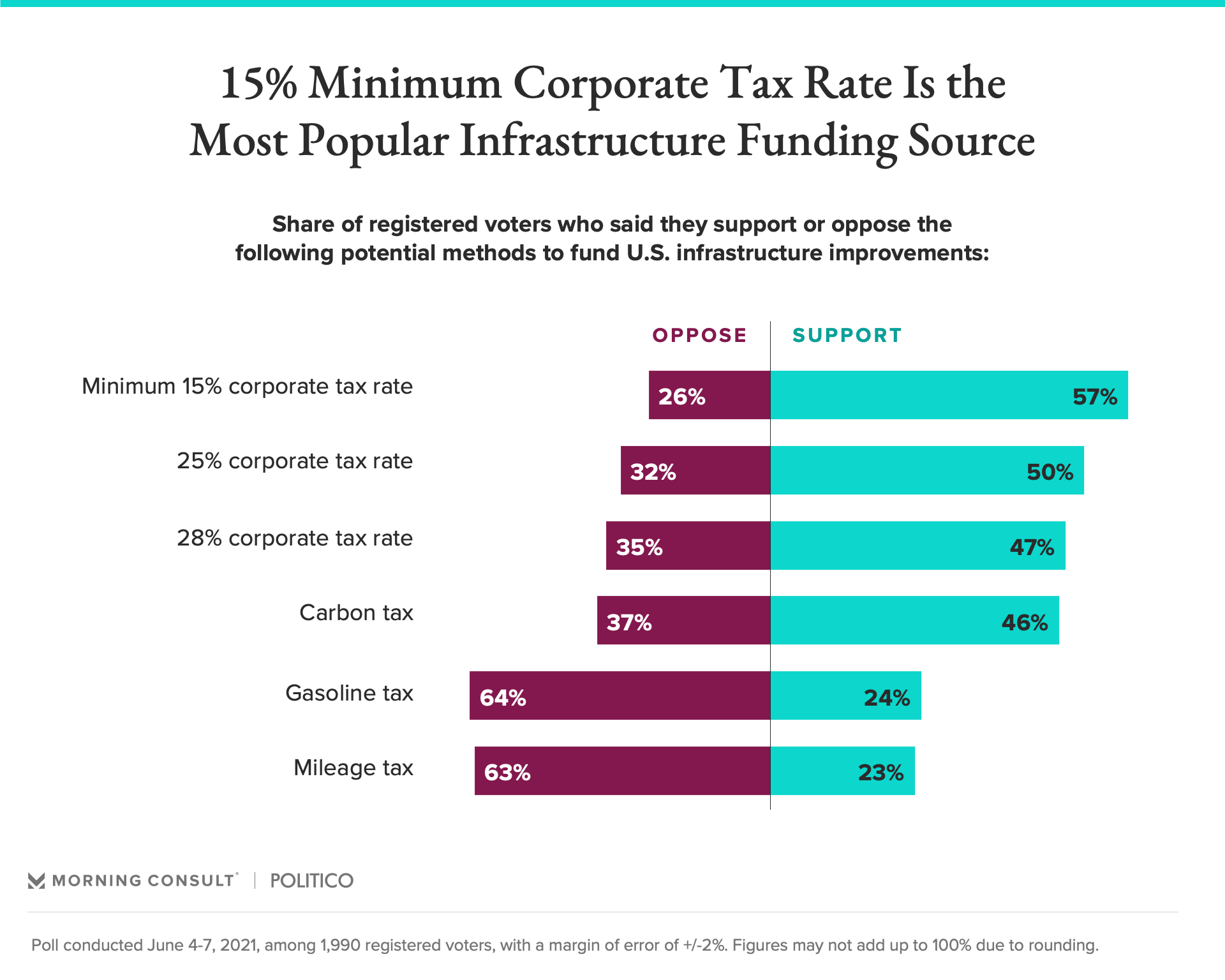