Over half of voters say the U.S. should continue to allow major new fossil fuel infrastructure projects 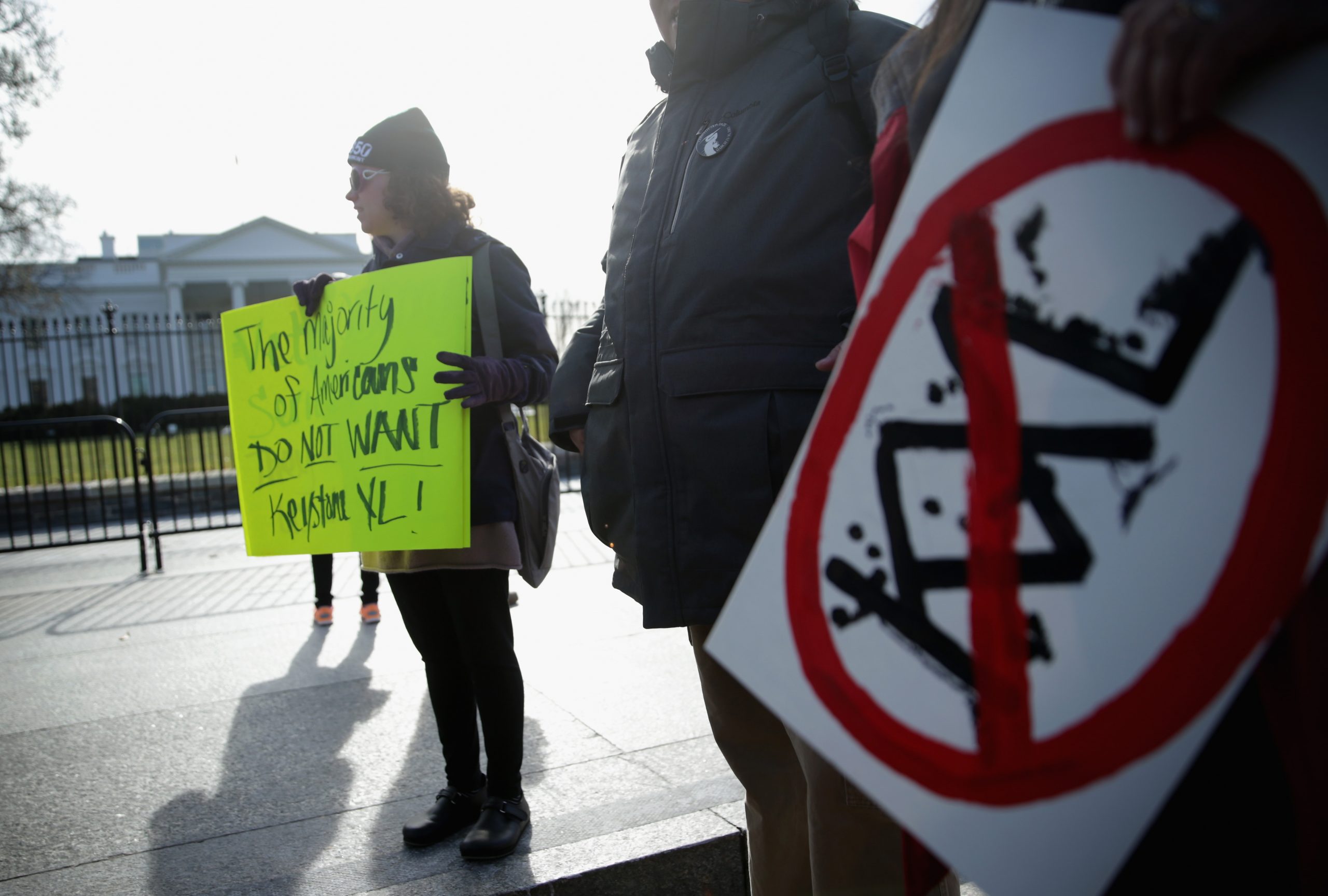 Activists protest in front of the White House against the Keystone XL pipeline on Jan. 13, 2015. A Morning Consult/Politico poll found that 42 percent of registered voters opposed a developer’s decision to abandon the project. (Alex Wong/Getty Images)
By Lisa Martine Jenkins

For roughly a decade, the proposed Keystone XL pipeline, which would have brought crude oil from the Alberta oil sands in Canada to refineries in the Gulf of Mexico, has been the focus of protest from those arguing that constructing major new fossil fuel infrastructure runs counter to the goal of limiting greenhouse gas emissions.

But while environmental and Indigenous activists cheered the cancellation of the pipeline project by its Canadian developer last week, new polling from Morning Consult and Politico found that voters were more ambivalent about the decision.

Thirty-two percent of voters said they support TC Energy Corp.’s decision to abandon the project, while 42 percent said they oppose it. 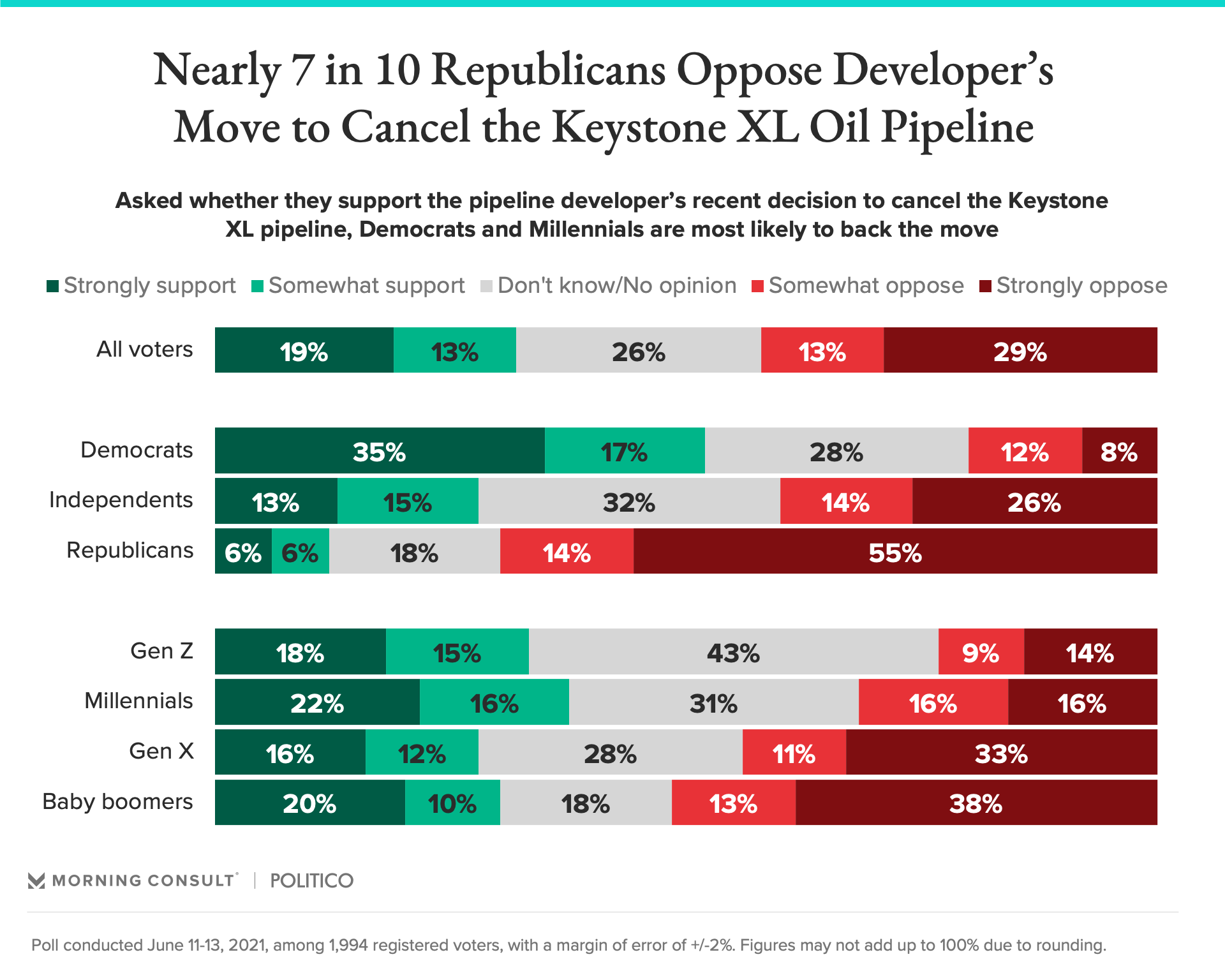 Democrats were most strongly in support of TC Energy’s decision (52 percent) while Republicans opposed it in large numbers (69 percent). Republicans were also most likely to take a stance on the subject, with only 18 percent saying they did not know or had no opinion compared to 26 percent of all voters who said the same.

And the older generations of voters were more likely than their younger counterparts to oppose the project’s cancellation: 51 percent of baby boomers did so, compared with 23 percent of Gen Z voters. (It should be noted that the poll’s margins of error by generation vary from 8 percentage points for Gen Z voters to 4 points for the other groups.) 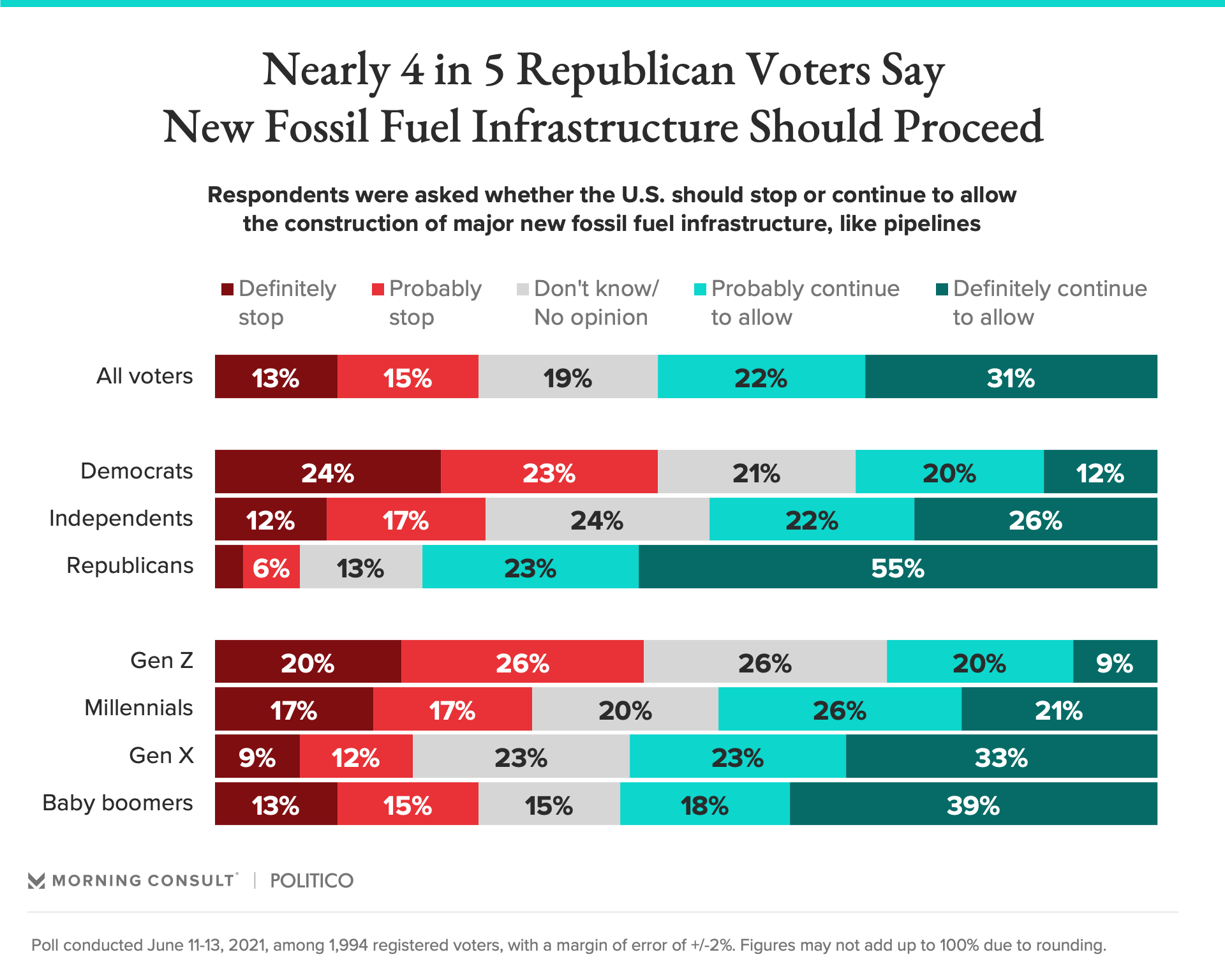 But a generational divide persists. Nearly half of Gen Z voters — the group that will be living with significant infrastructure decisions the longest — said the country should stop allowing major new fossil fuel projects. In contrast, just 21 percent of Gen X voters said the same.

This comes mere months after half of the country’s voters said climate change is a “critical threat,” a share that has increased steadily in recent years.