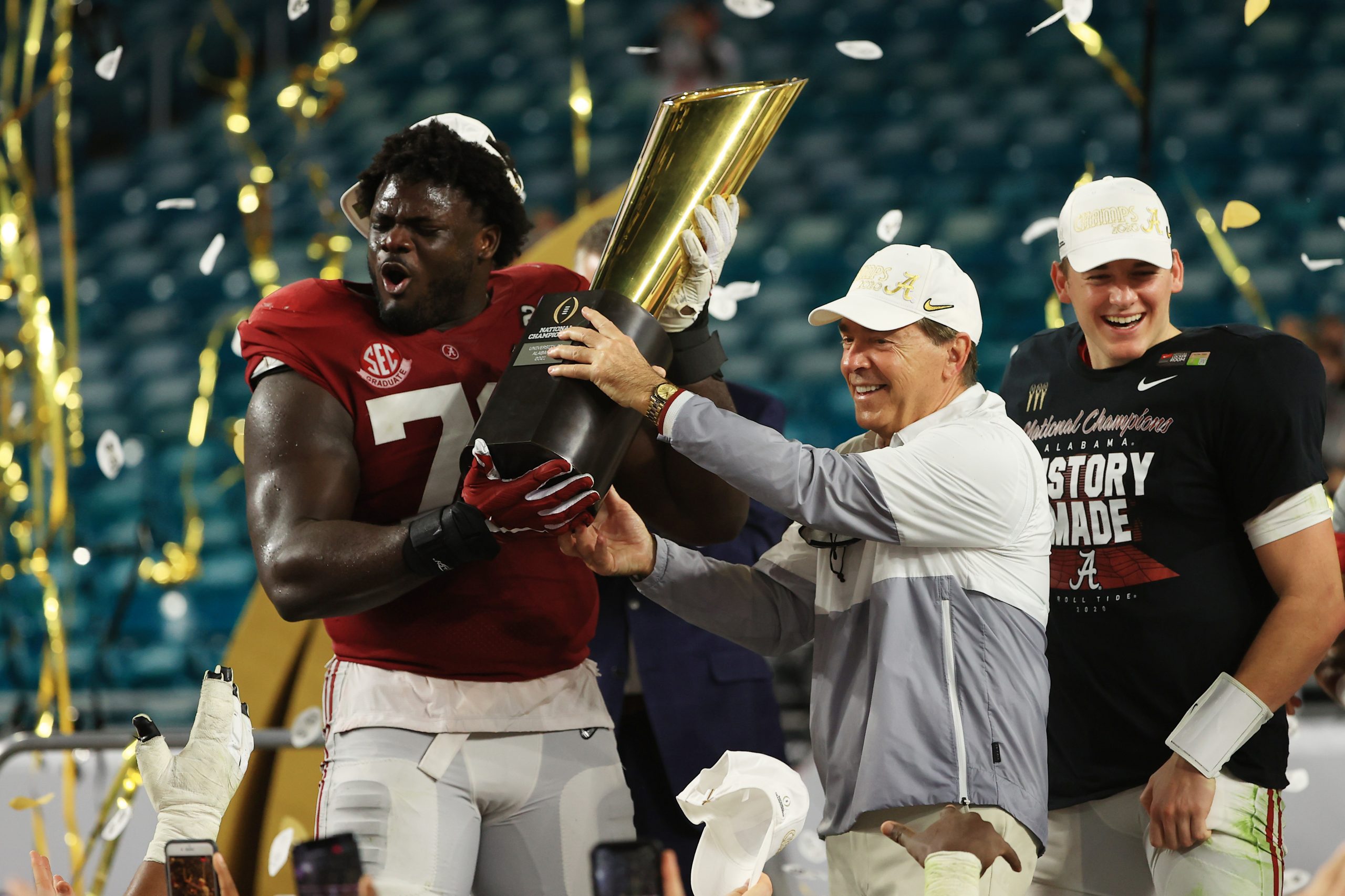 The majority of college football fans support expanding the College Football Playoff beyond its four-team field, but opinions differ about the ideal number of teams that should compete for the national championship each year. In fact, new polling indicates that fans are nearly twice as likely to prefer a field of eight teams over the 12-team format under consideration by the sport’s leadership.

In a Morning Consult poll conducted June 15-19, 70 percent of college football fans said they would support the proposal currently being discussed by the sport’s leadership, which would increase the number of teams in the CFP field from four to 12. Support was even stronger among those who identified as “avid” fans of the sport, 80 percent of whom said they were in favor of the potential move to a 12-team format. 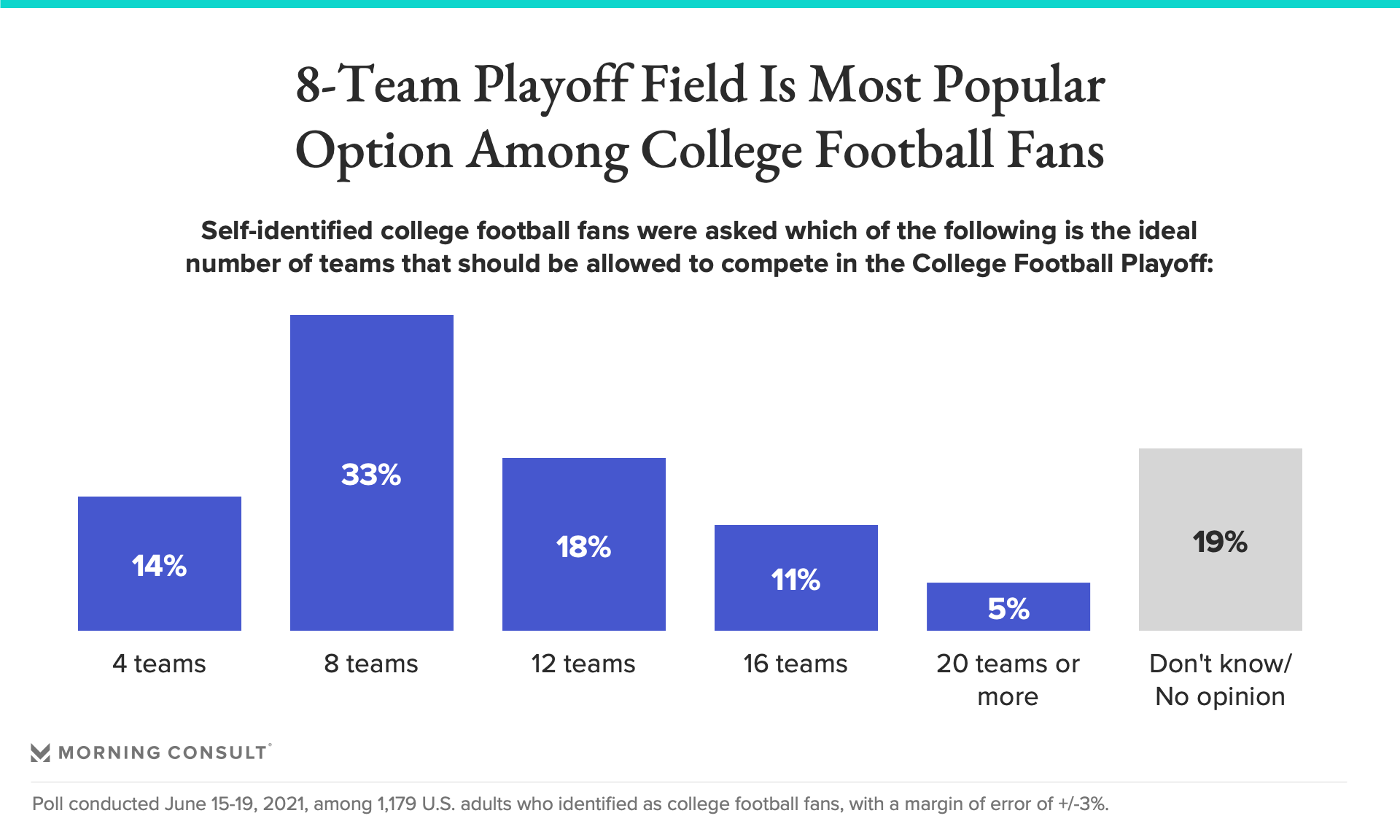 The 11 university presidents and chancellors who make up the College Football Playoff’s top decision-making body will meet today in Dallas to consider the 12-team expansion proposal to the postseason tournament. The board’s backing would signal support for the competition’s Management Committee, which includes the commissioners of the 10 Football Bowl Subdivision conferences and Notre Dame athletic director Jack Swarbrick, to seek out feedback on the plan from various stakeholders and to assess its feasibility before reportedly reconvening to determine next steps in September.

The 12-team plan being considered by CFP leadership would include the six highest-ranked conference champions, plus the six highest-ranked other teams, all as determined by the selection committee. The plan would not grant automatic qualification to any particular conference’s champion. Outgoing Pac-12 Commissioner Larry Scott lobbied for the Power Five conference champions to receive automatic bids, an idea that American Athletic Conference Commissioner Mike Aresco denounced.

If approved, the earliest the new 12-team format would take effect is the 2023 season, according to Bill Hancock, the competition’s executive director. The current four-team CFP format has been in place since the competition’s inception in 2014, when it replaced the Bowl Championship Series system, which relied on a combination of polls and computer selection methods to determine which two teams would play for the national title. 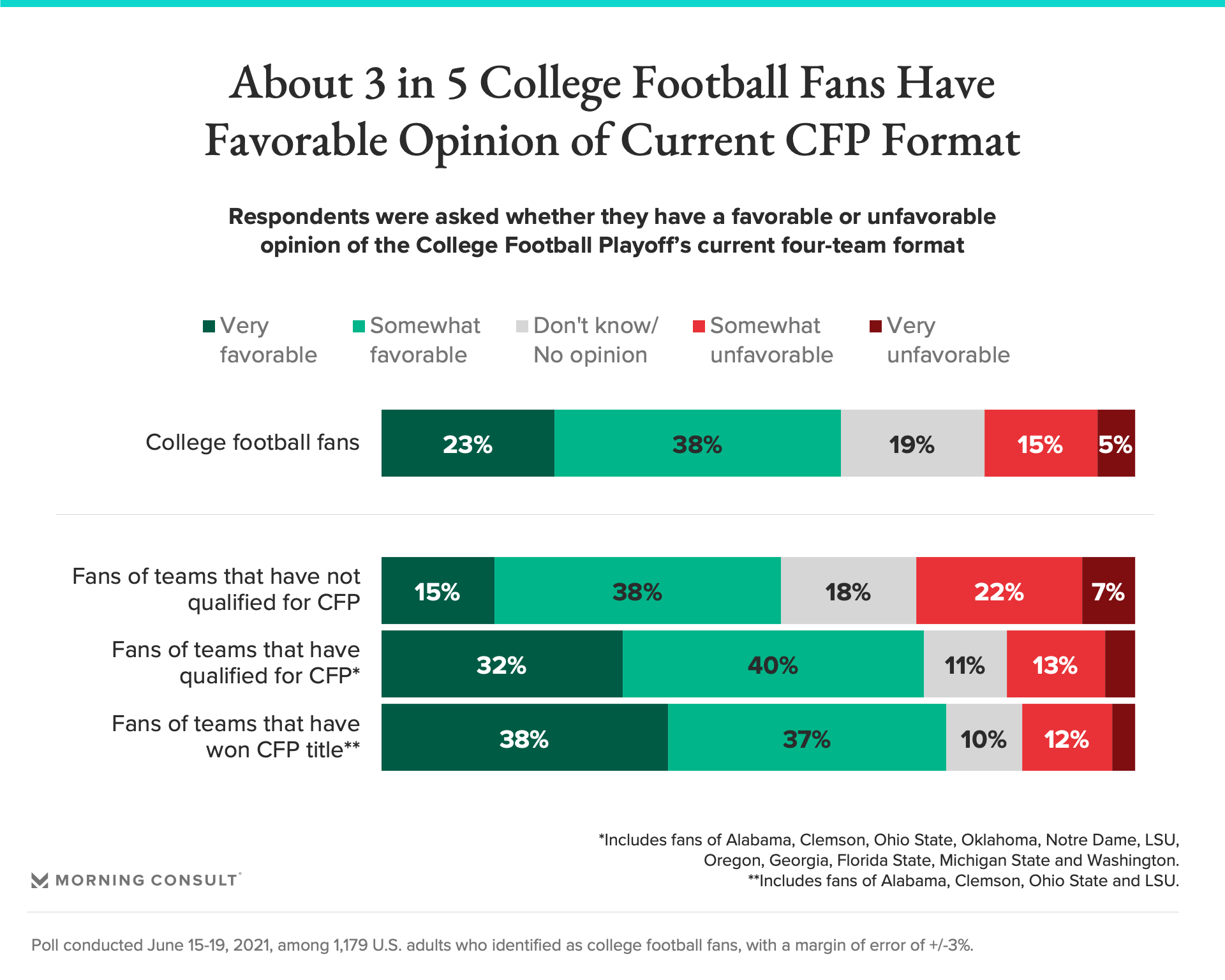 While college football fans largely support expanding the CFP field, 61 percent said they have a favorable opinion of the current format. Fans of teams that have qualified for the CFP at least once were more likely to view the current format favorably (72 percent) than fans of teams who have never qualified for the postseason tournament (53 percent).

The poll of 1,179 U.S. adults who identified as college football fans carries a margin of error of 3 percentage points.