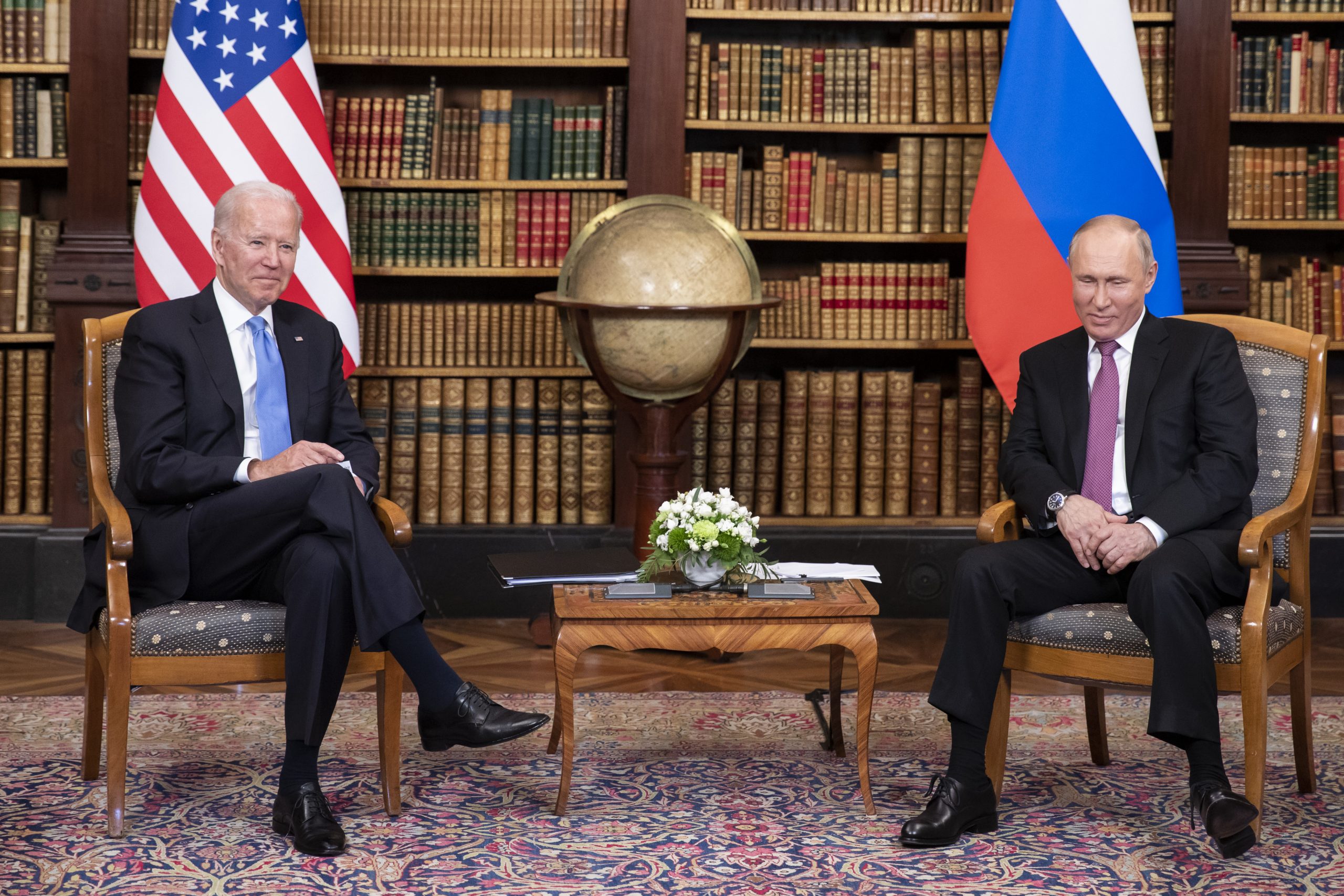 U.S. President Joe Biden (L) and Russian President Vladimir Putin meet during the U.S.-Russia summit at Villa La Grange on June 16, 2021, in Geneva, Switzerland. According to a new Morning Consult/Politico poll, voters were as likely to view this meeting as successful as they were former President Donald Trump's Helsinki summit with Putin in 2018. (Peter Klaunzer - Pool/Keystone via Getty Images)
By Cameron Easley

When then-President Donald Trump blamed the United States for tensions with Russia during a joint news conference with Russian President Vladimir Putin in Helsinki nearly three years ago, leaders in Congress — including Republicans — unloaded on the commander-in-chief.

Republican Paul Ryan of Wisconsin, who was House speaker at the time, said in a statement that the “president must appreciate that Russia is not our ally.” Republican Bob Corker of Tennessee, who helmed the Senate Foreign Relations Committee, said Putin “gained a tremendous amount.” And former Sen. Chuck Hagel (R-Neb.), also a former defense secretary, said that Trump “failed America, our interests, in every way.”

By comparison, the reaction in Congress and in the media to President Joe Biden’s meeting with Putin in Geneva last week was fairly sedate. However, when it comes to the success of those respective meetings, voters saw little difference between the two, new Morning Consult/Politico polling shows. 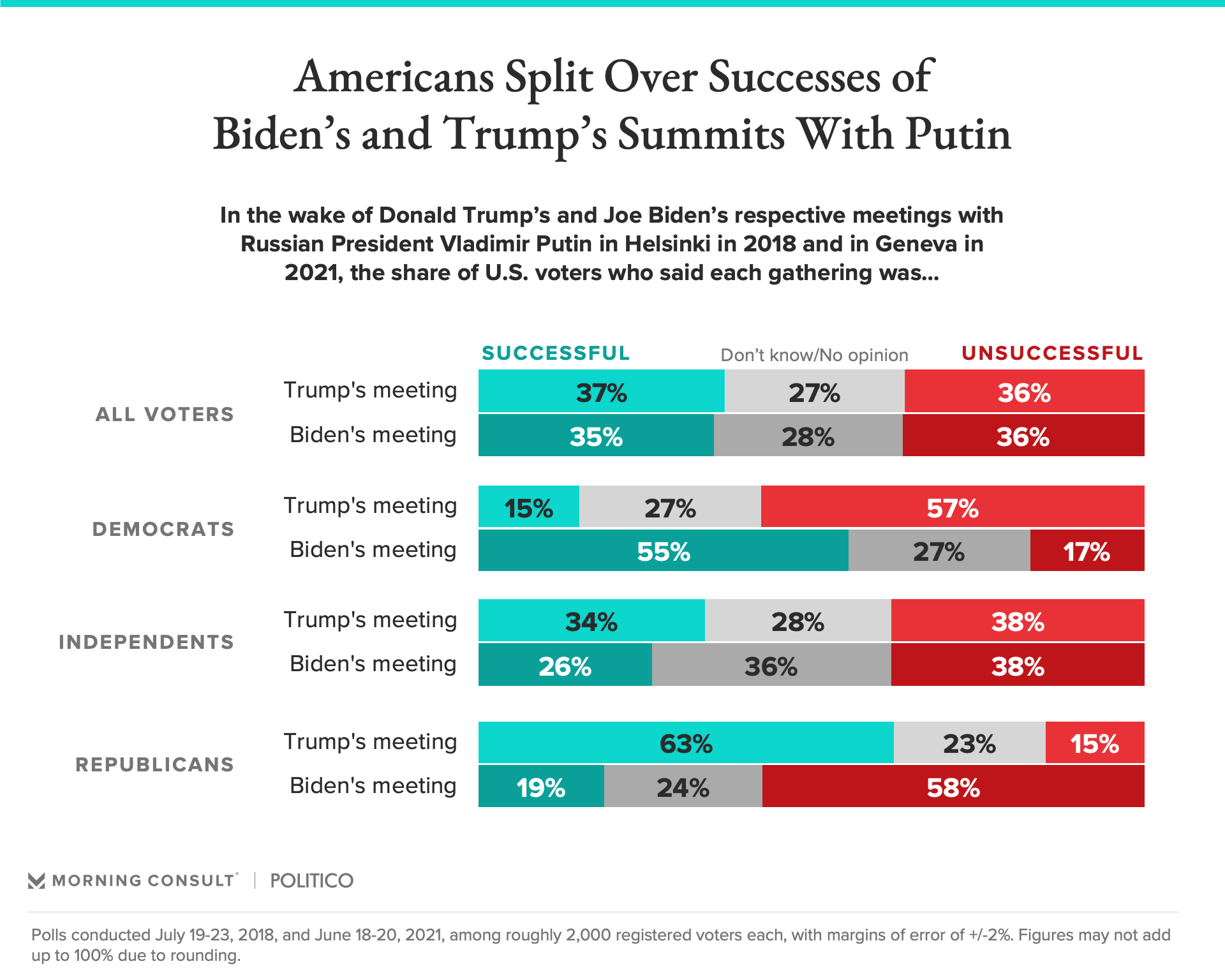 Thirty-five percent of voters in the June 18-20 survey described the June 16 meeting between Biden and Putin as successful, compared with 37 percent who said the same following the Helsinki summit in a poll conducted in 2018. The exact same share of voters — 36 percent — said either meeting was not successful.

But Trump’s meeting with Putin certainly made a bigger splash than Biden’s: Half of voters contemporaneously reported hearing a lot about it, 15 percentage points higher than the share who said the same of the Biden-Putin meeting. Each poll surveyed roughly 2,000 registered voters, with 2-point margins of error.

Further underscoring the partisan divide in America is how Democrats and Republicans view Putin in the context of U.S. leadership. In the latest poll, 84 percent of GOP voters have an unfavorable view of Biden, while only 70 percent dislike Putin. That finding dovetails with the post-Helsinki poll from three years ago, when 78 percent of Democratic voters had an unfavorable view of Putin and 86 percent had a sour view of Trump.