56% of voters support enhanced IRS enforcement to pay for infrastructure 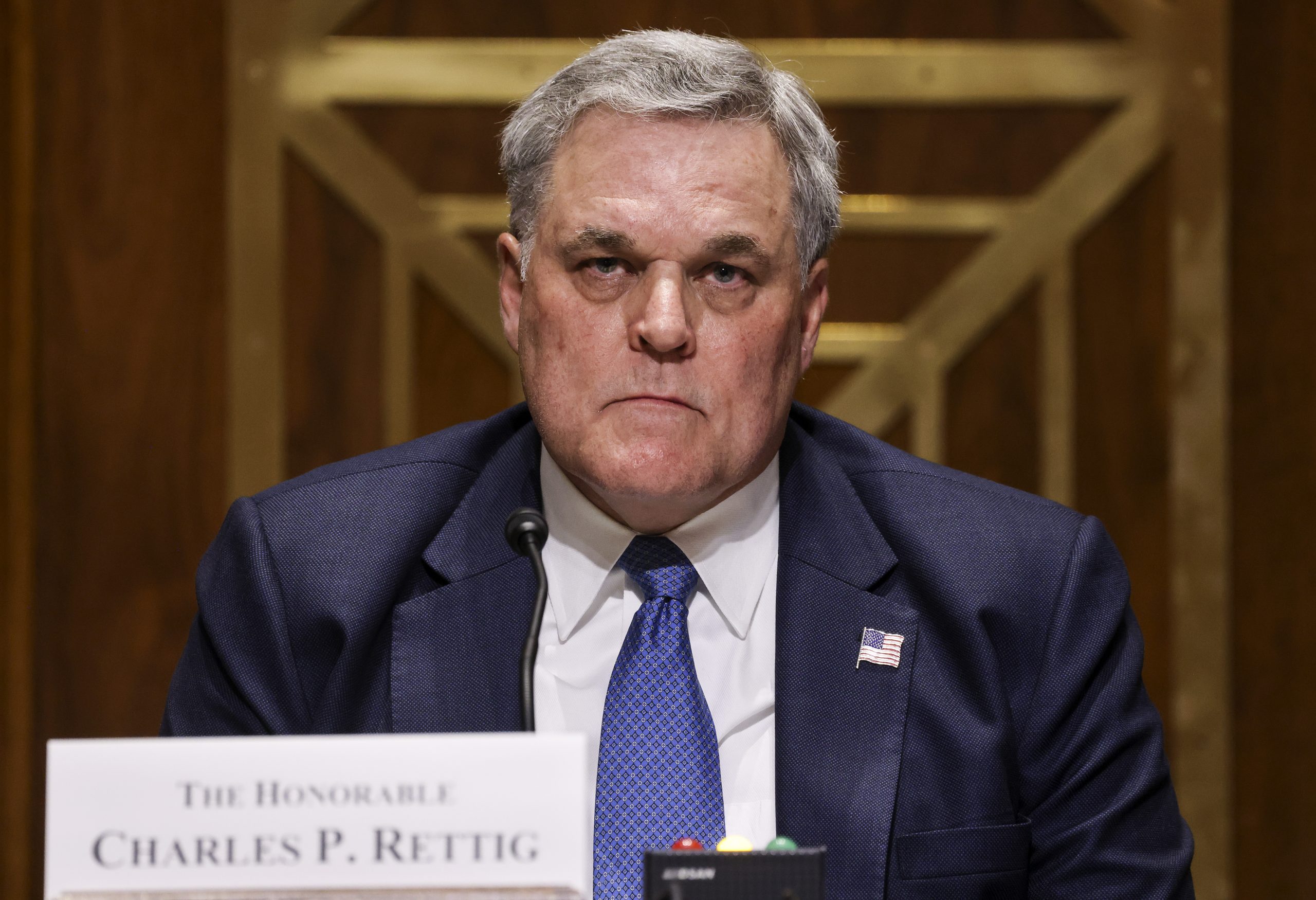 As President Joe Biden pitches his infrastructure package across the country and in Washington, among the trickiest elements of the plan politically — how to pay for the investments — is largely an easy sell with voters, new Morning Consult/Politico polling shows.

The infrastructure deal struck between a bipartisan group of senators and Biden doesn’t include the tax hikes on high-earning corporations that the president included in his early proposals, which also featured what he calls “human infrastructure” investments such as child care and community college tuition.

Instead, the proposal that focuses on more traditional infrastructure includes a $40 billion boost to the Internal Revenue Service, geared toward enforcement that would aim to close the “tax gap,” or the difference between what taxpayers owe and what they’ve paid, among wealthy Americans and corporations.

There’s some degree of skepticism among Republican lawmakers toward the IRS and the increased funding, but nearly half (47 percent) of the party’s voters support Biden’s IRS measure, according to the poll, which was conducted June 25-28 among 1,989 registered voters and has a margin of error of 2 percentage points. 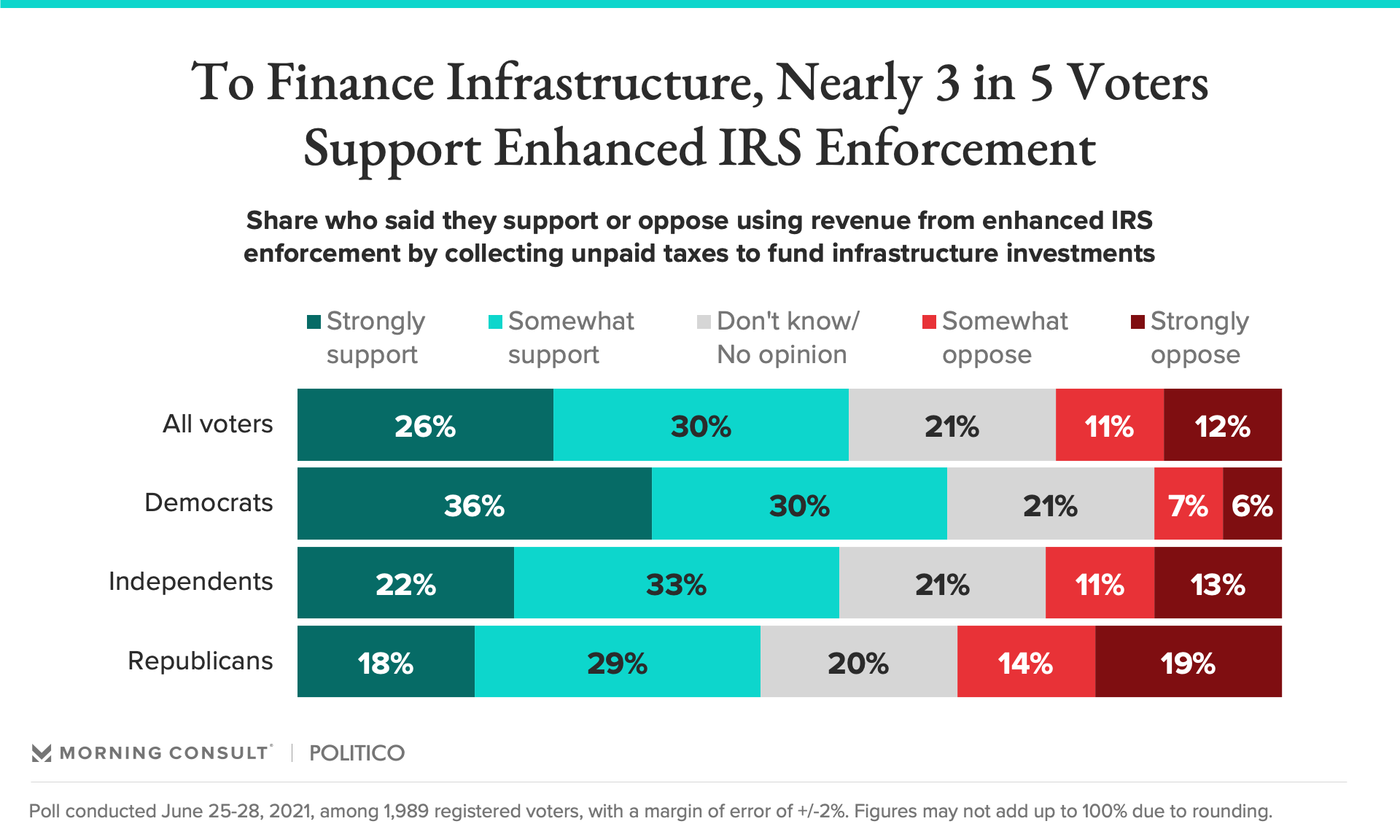 Fifty-six percent of voters back the measure overall, including 66 percent of Democrats and 55 percent of independents.

The share of voters who back the IRS collection measure is comparable to the share that supports increased taxes on corporations and on the wealthy — an idea that will likely continue coming up in negotiations as lawmakers suss out the particulars of that proposal, although Republicans have said raising taxes is a nonstarter.

The party breakdowns show a bit more polarization, with backing from 76 percent of Democrats, 56 percent of independents and 40 percent of Republicans on taxing the affluent and corporations. 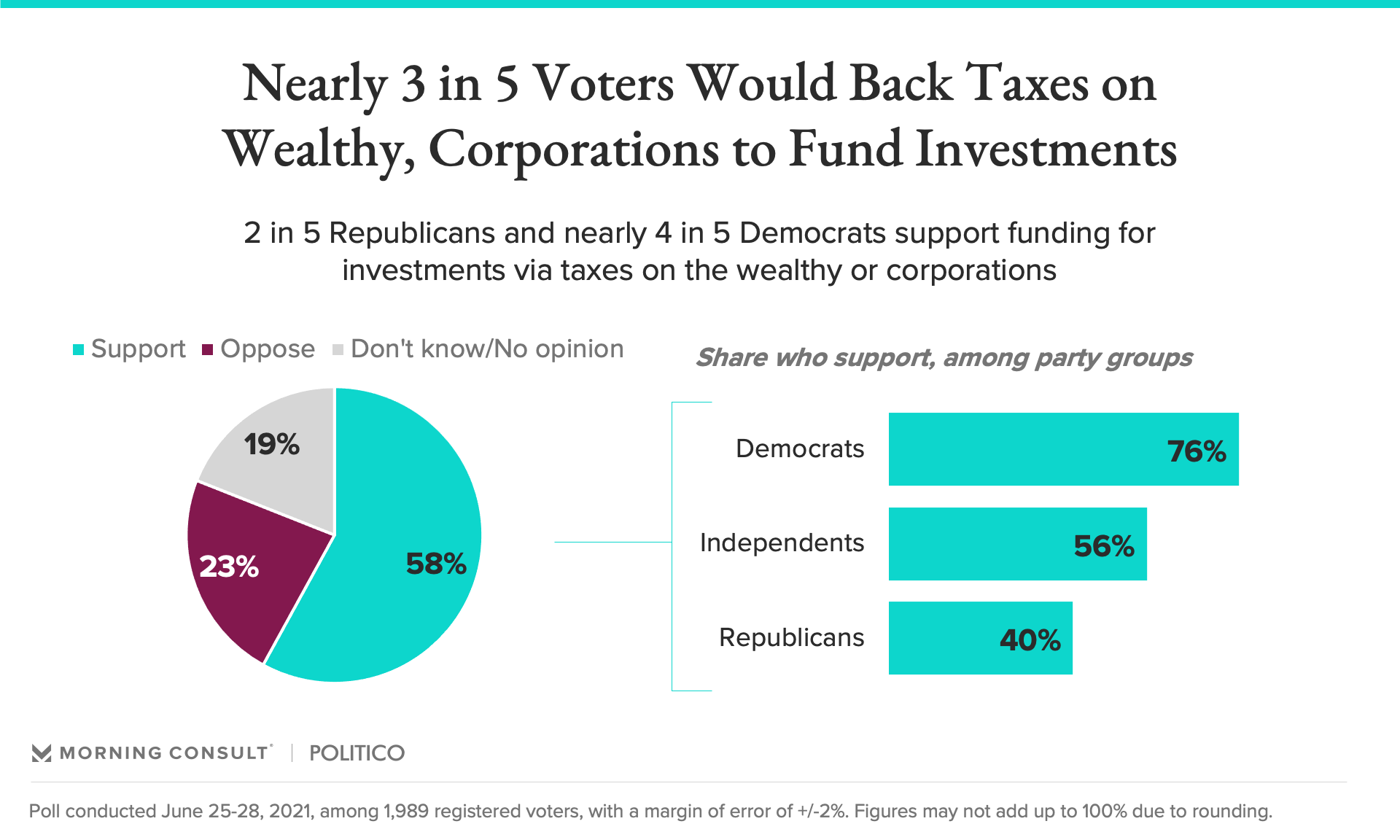 Underpinning the discussion is continued sentiment among voters that the wealthy and corporations don’t pay enough in taxes.

Seventy-seven percent of voters say the feeling that some corporations don’t pay their fair share in taxes bothers them “a lot” or “some,” compared to 15 percent who said it bothered them “not too much” or “not at all.” While worry was higher among Democrats (87 percent), 68 percent of 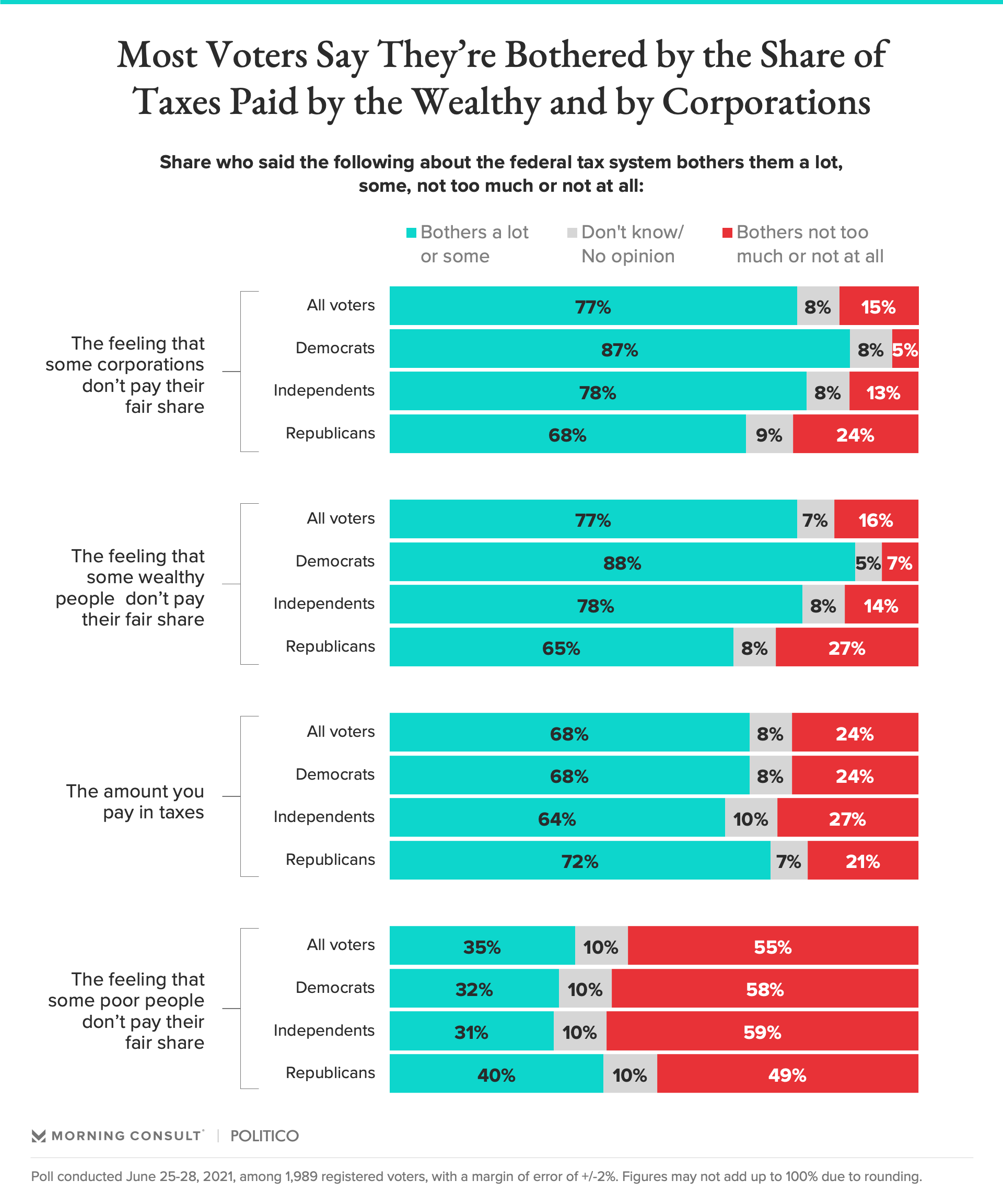 Those feelings were largely the same about wealthy people: 77 percent of all voters said that some affluent people don’t pay their fair share of taxes, along with 88 percent of Democrats and 65 percent of Republicans.

When considering their own taxes, Republican voters were slightly more likely than other voters to say that the amount they pay in taxes bothers them a lot or some, at 72 percent compared to 68 percent overall.  The party’s voters were also the most likely to say they’re bothered by the feeling that some poor people don’t pay their fair share in taxes, at 40 percent, while 35 percent of voters overall said the same.