Out of 9 Countries, Germany Is the Only One Where Interest in EVs Exceeds That of Hybrids 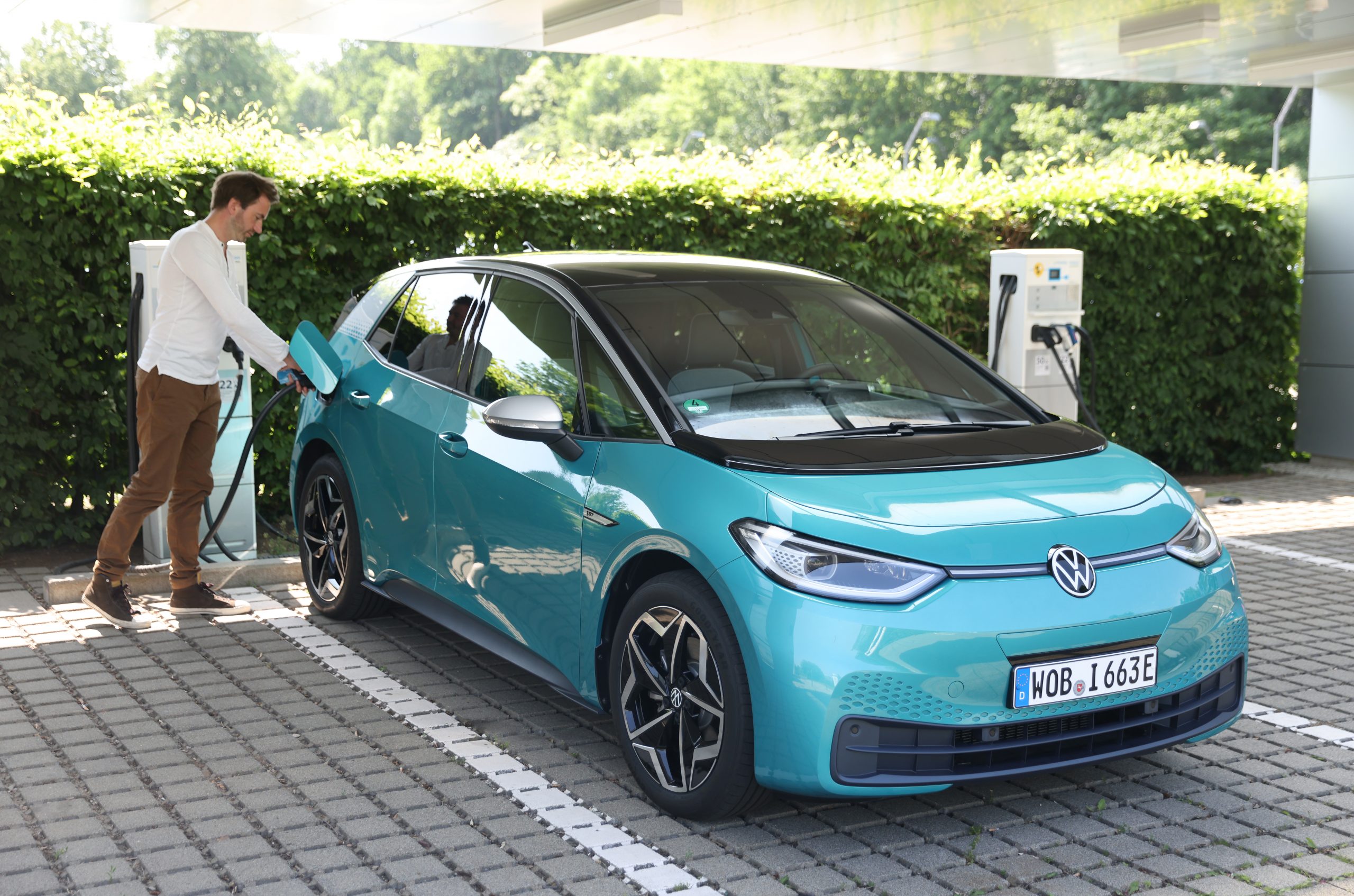 As the world moves toward electric vehicle adoption, different countries are undergoing the process at different rates, depending on the preferences of their populations and the particulars of their markets. But recent international polling indicates that while there is some EV interest among potential car buyers, gas-powered or hybrid vehicles still hold more sway in most markets. 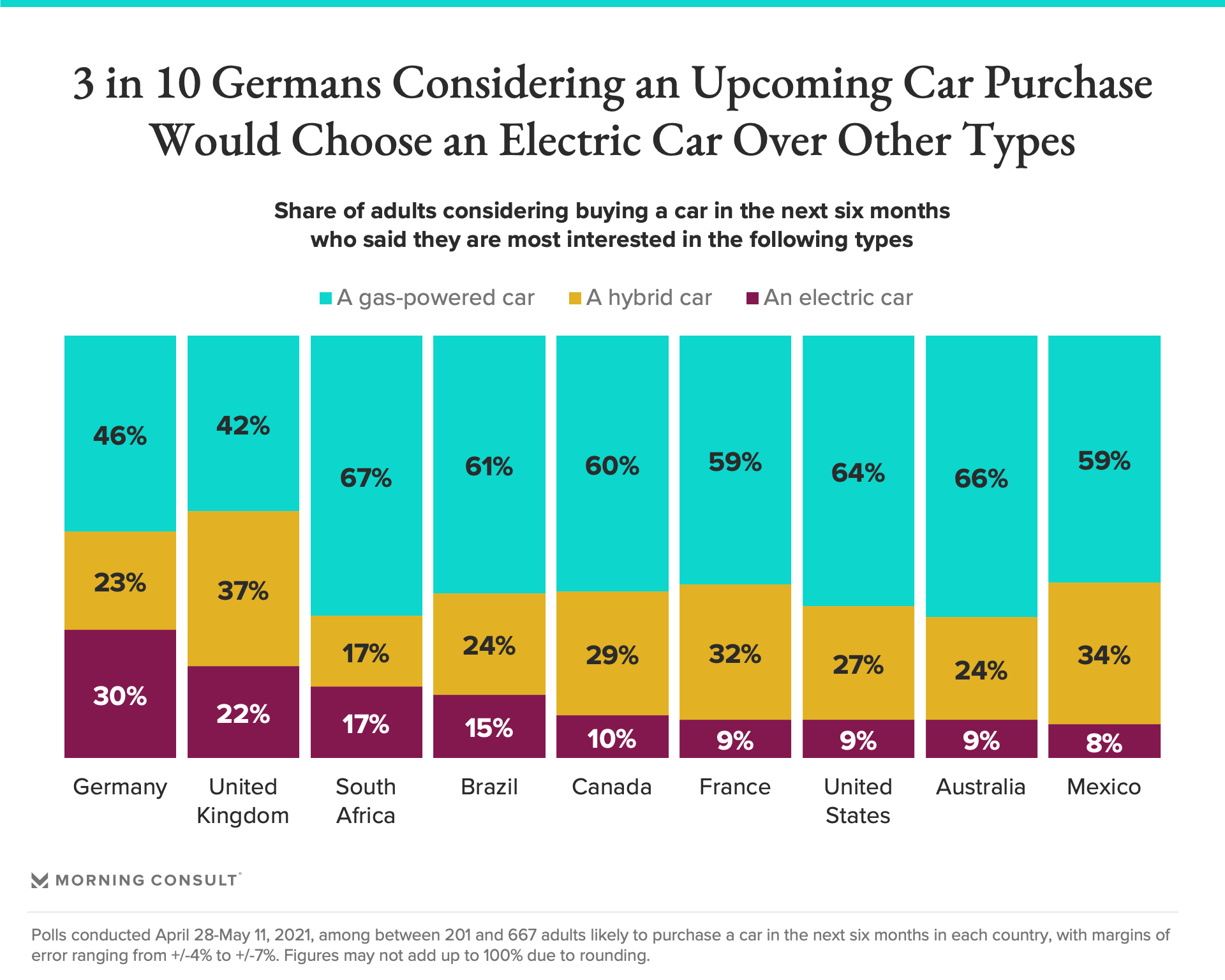 In the United Kingdom — the only other country where fewer than half of respondents say a conventional car is in their sights, at 42 percent — hybrids were more popular than EVs. Thirty-seven percent of U.K. adults planning to buy a car in the near future say they are most likely to buy a hybrid, while 22 percent say buying an electric car is more likely.

The findings come from a series of Morning Consult surveys run April 28 through May 11 of adults in nine countries: Australia, Brazil, Canada, France, Germany, Mexico, South Africa, the United Kingdom and the United States.

Across these countries, the availability and incentives for EV purchases vary widely, as does the infrastructure for their charging and use. 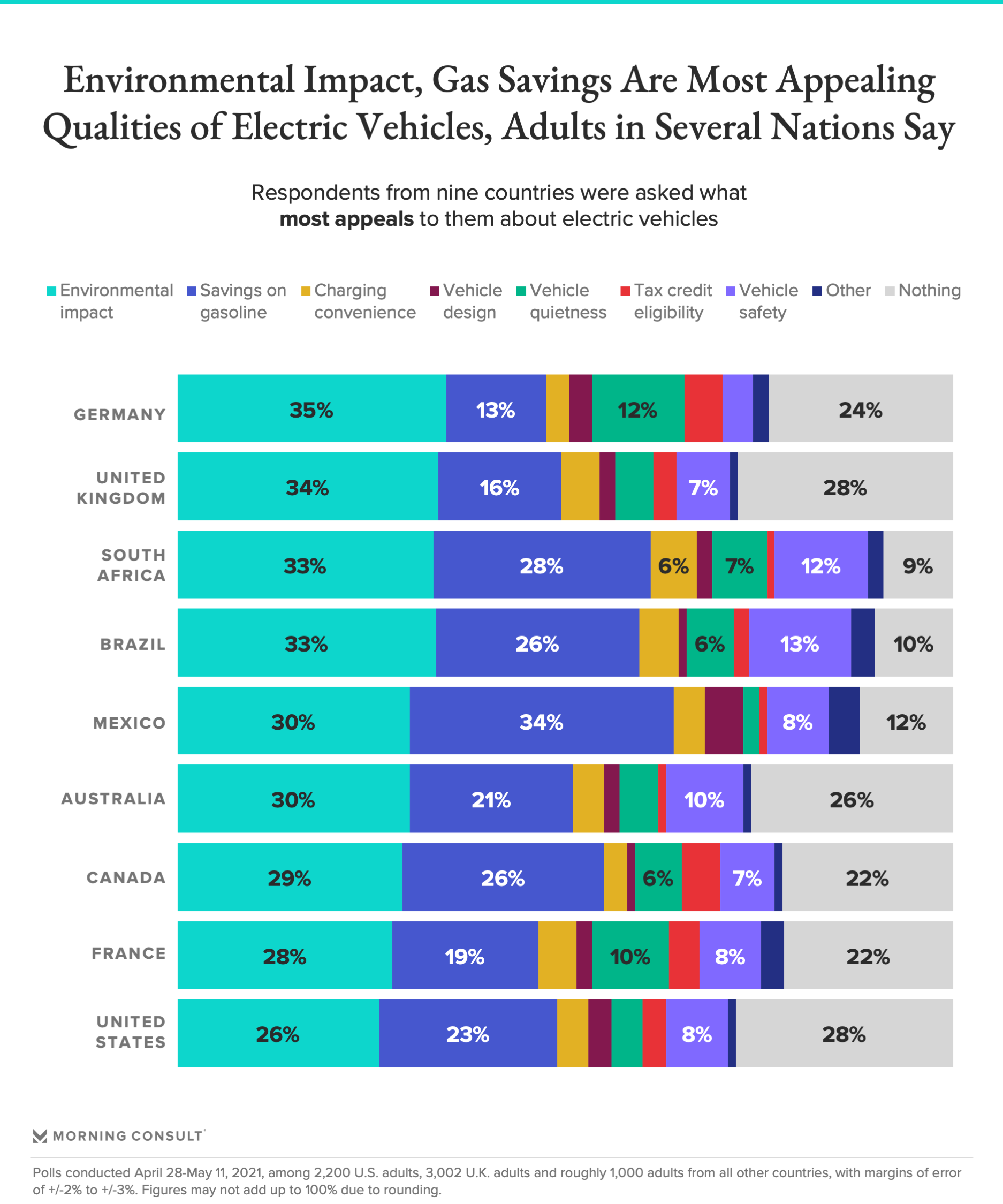 These variations inform which qualities of EVs are most likely to resonate with consumers in each country. For instance, for consumers in Germany, the United Kingdom and Australia, the environmental benefits of EVs were cited as their main appeal by a margin of at least 9 percentage points over the next most-cited appeal: saving money on gasoline.

In other countries, these two benefits appealed to roughly comparable shares of respondents. The largest share of adults from Mexico cited savings on gasoline as the main appeal of EVs, at 34 percent; of the countries surveyed, Brazil, Mexico and South Africa have the lowest gross domestic product per capita.

In broad strokes, rates of electric vehicle adoption — and consequently, availability — in the United States, Europe and China dwarf those of other regions, according to the International Energy Agency. However, EV inventories are increasing rapidly on a global scale.

Nevertheless, 28 percent of adults in the United States and the United Kingdom said EVs hold no appeal at all, followed closely by Australia (26 percent) and Germany (24 percent).

Meanwhile, when asked about the downsides of EVs, responses clustered around infrastructure issues, especially the distance between charging stations and concerns over how long a vehicle can run on a single charge; range issues were of particular concern in Germany (33 percent) and France (25 percent).

The high upfront cost of EVs compared with conventional vehicles was also a major concern, though research indicates that premium is expected to dissipate in the coming years as EVs reach cost parity with their gas-powered counterparts. 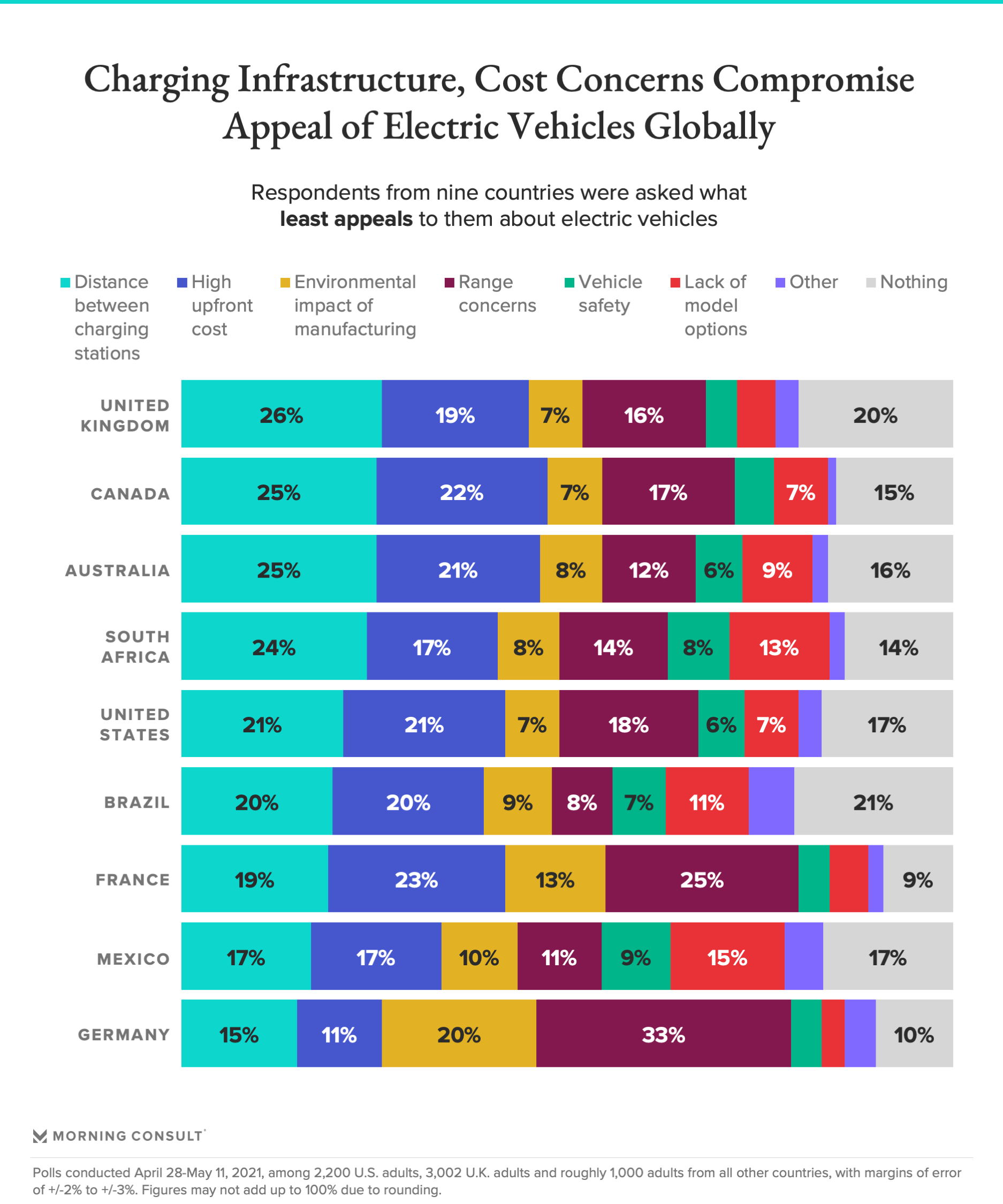 The margins of error among adults in the market for a vehicle in the next six months were between 4 and 7 points.

Related: As EV Startups Enter the Market, They Say Dealerships — and a Decades-Old Legal Structure — Stand in Their Way
Electric Vehicles Future of Auto