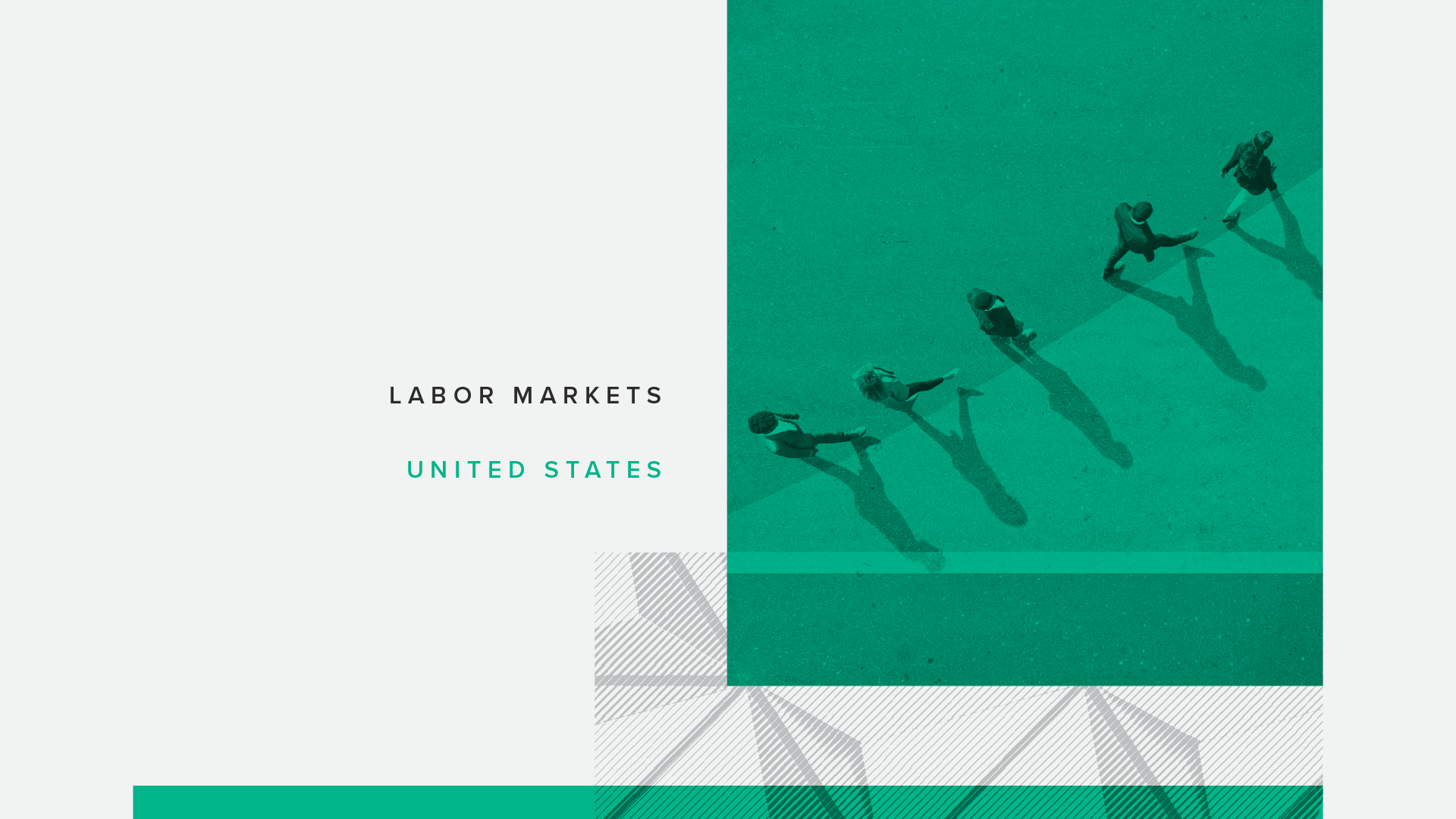 Over the past few months, as jobs growth in April and May underperformed, many business leaders and politicians argued that increased unemployment benefits included in the American Rescue Plan were preventing unemployment insurance recipients from accepting positions and looking for work.

In response to that argument, 26 governors opted to prematurely terminate federal benefits to unemployed workers, effectively decreasing the amount of money UI recipients receive by $300 per week, shrinking the pool of eligible workers by excluding independent contractors and gig workers, and shortening the duration of benefits by five to 12 weeks, depending on the state.

To estimate the likely impact of the termination of federal unemployment benefits on job growth, Morning Consult surveyed a representative sample of 5,000 U.S. adults from June 22 – 25, 2021.

Using that data, the following analysis identifies how many workers who previously received unemployment benefits will feel compelled to accept open positions and look for work following the premature termination of benefits and how and when will the change in job acceptance and search rates impact the U.S. economy. 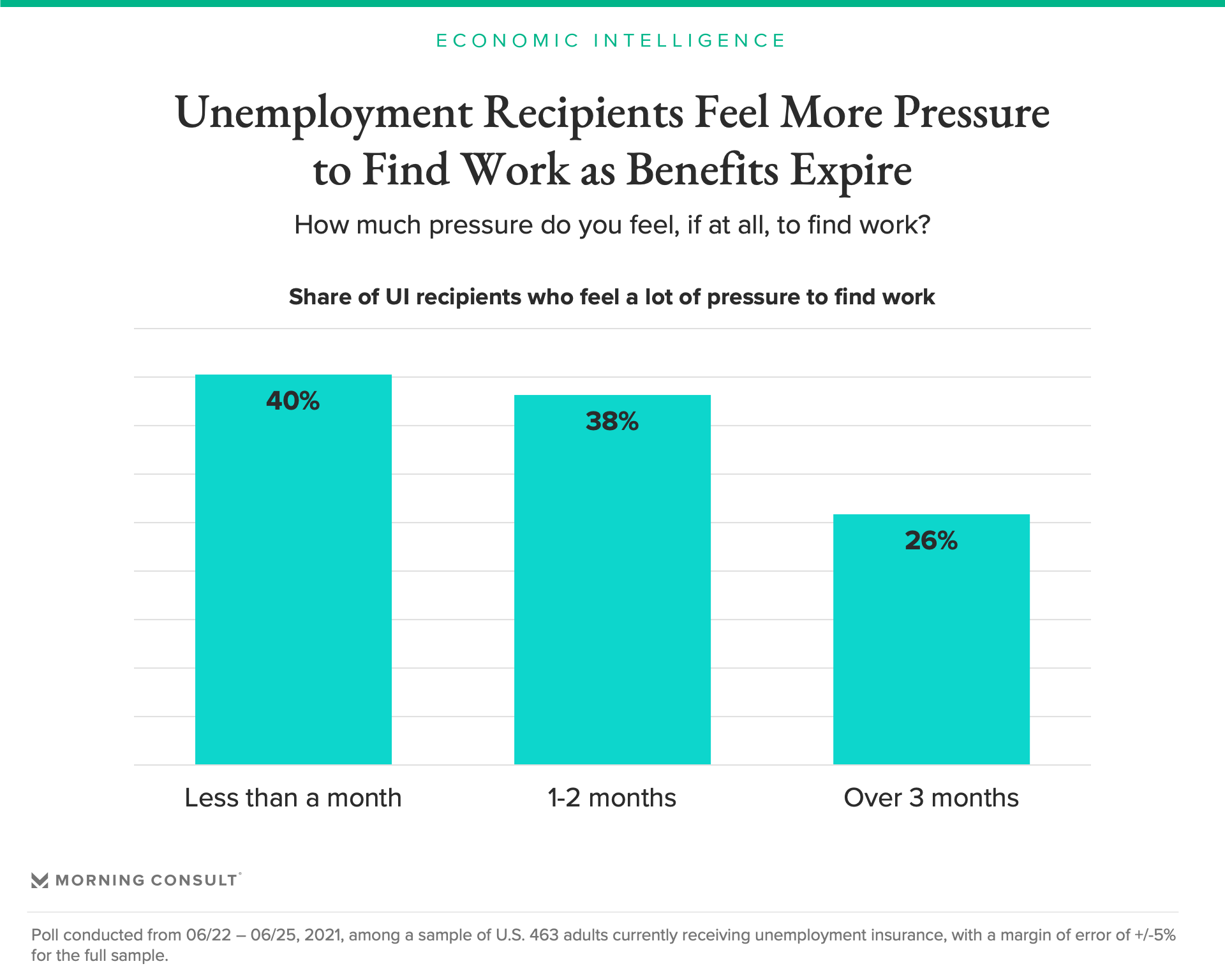 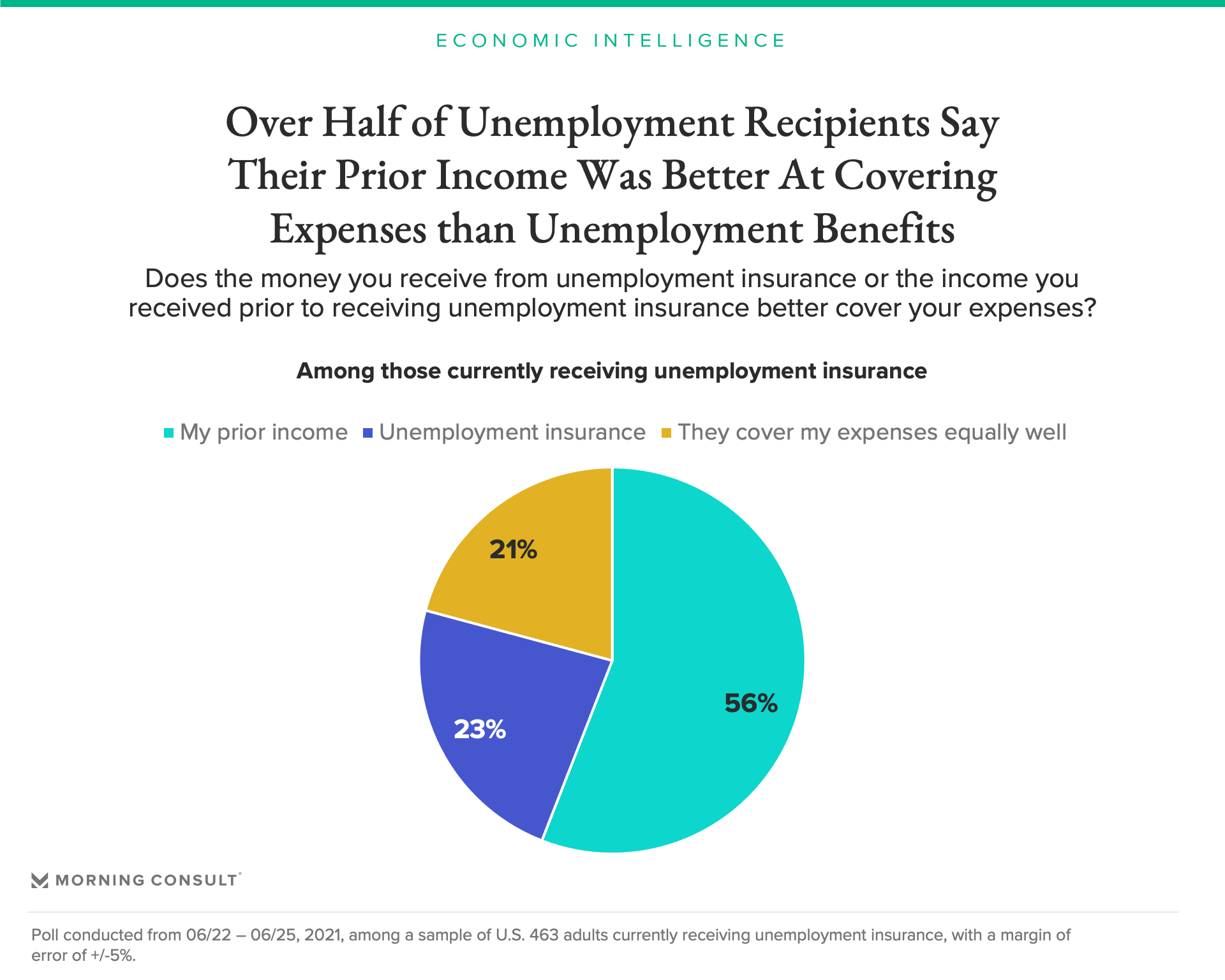 Just under a third of UI recipients have turned down job offers during the pandemic, but under half of those rejections were directly attributable to the generosity of UI benefits. Forty-five percent of those who turned down a job offer cited the generosity of UI benefits as a major reason why they did not accept the job offer, meaning that over half of the jobs that UI recipients rejected would have been rejected even if they were no longer receiving benefits. Taken together, unemployment benefits directly contributed to 13% of UI recipients rejecting a job offer during the pandemic. 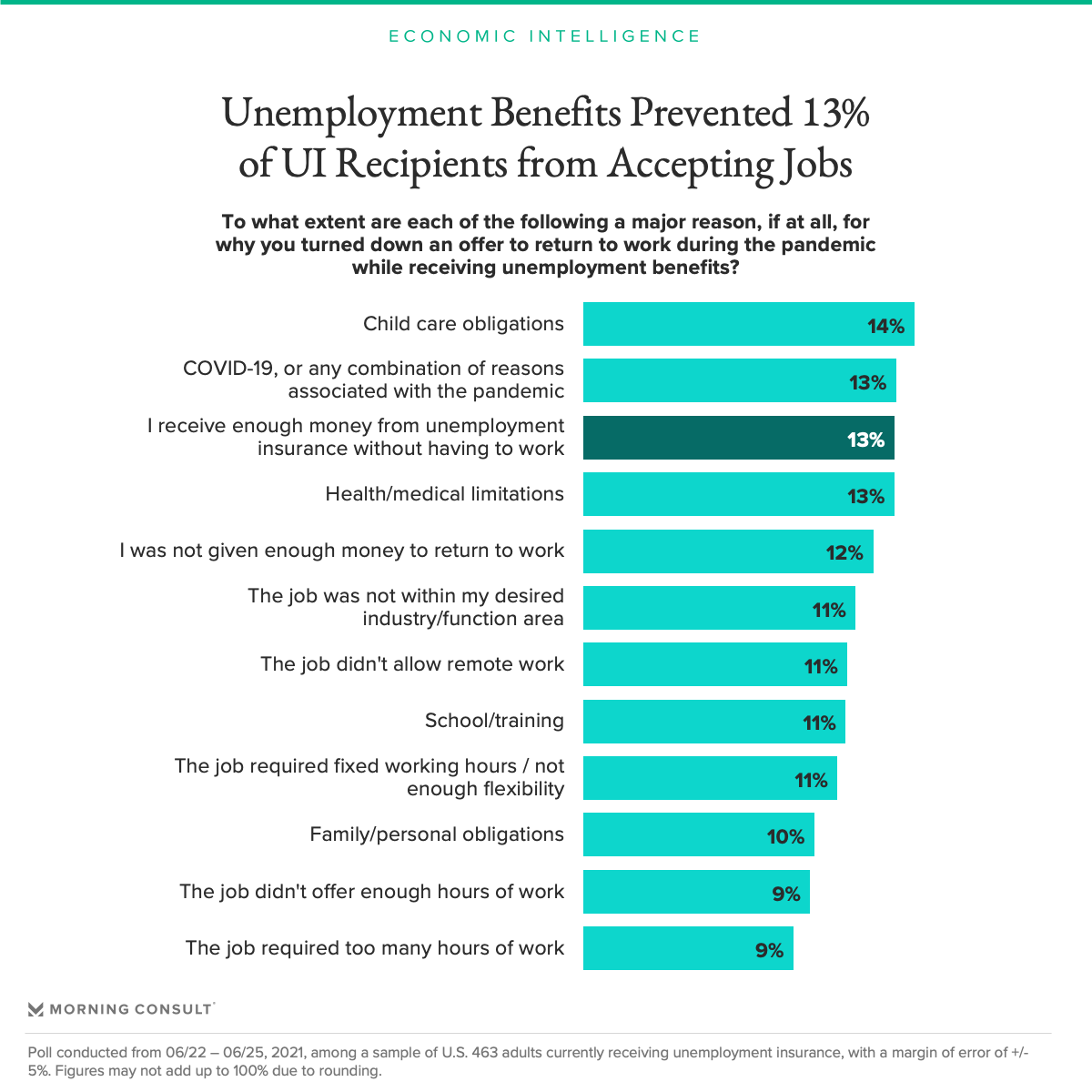 For the week ending June 19, 14.1 million adults received unemployment benefits, which is the most recent estimate of the total number of UI recipients across both state and federal programs.

Unemployment insurance benefits reduced the number of accepted job offers by an estimated 1.84 million over the course of the pandemic.

This estimate overstates the impact of unemployment benefits on net job creation since some share of the jobs that were offered to and rejected by UI recipients were ultimately filled by other candidates or would have required UI recipients to leave their existing jobs.

Looking ahead, 1.84 million also provides a reasonable upper bound estimate of the number of jobs likely to be filled through the end of the year as a result of the expiration of federal unemployment benefits over the summer. These UI recipients possess the necessary skills and experience to be offered a job in the current economy and had some level of contact with prior employers or actively applied to positions at some point during the pandemic. While health care concerns and childcare obligations are a barrier to many unemployed workers accepting jobs, these workers acknowledge that they would be employed in the absence of unemployment benefits.

This estimate of the impact of expiring unemployment benefits on job creation is broadly consistent with the share of surveyed UI recipients who plan on returning to look for work by the end of the year. While not as precise, roughly 85% of UI recipients who are not employed and not looking for work signal that they do not expect the barriers to looking for work to continue beyond the end of year, translating to an increase in the civilian labor force of 2.14 million workers by the end of the year.

This broader measure of job search behavior provides a valuable check on the original estimate of job creation since unemployed workers have to look for and be willing to accept job offers in order for job growth among UI recipients to increase. It also provides a clearer picture of the timing of workers returning to work: The expiration of unemployment benefits over the summer combined with a return to school in the fall will eliminate barriers to looking for work for roughly 2.14 million current UI recipients.

What This Means for the Economy

Even acknowledging that this estimate likely overstates the true impact on net job creation, an additional 1.84 million jobs still leaves the economy roughly 4.7 million jobs short of where it was in February 2020 prior to the pandemic.

Sluggish job growth in April and May was not exclusively attributable to the generosity of unemployment benefits. Rather, a range of factors, in addition to unemployment benefits, contributed to slower-than-expected job creation earlier this year. As a result, expiring benefits will not address all the barriers to filling open roles with qualified candidates and contributing to job creation.