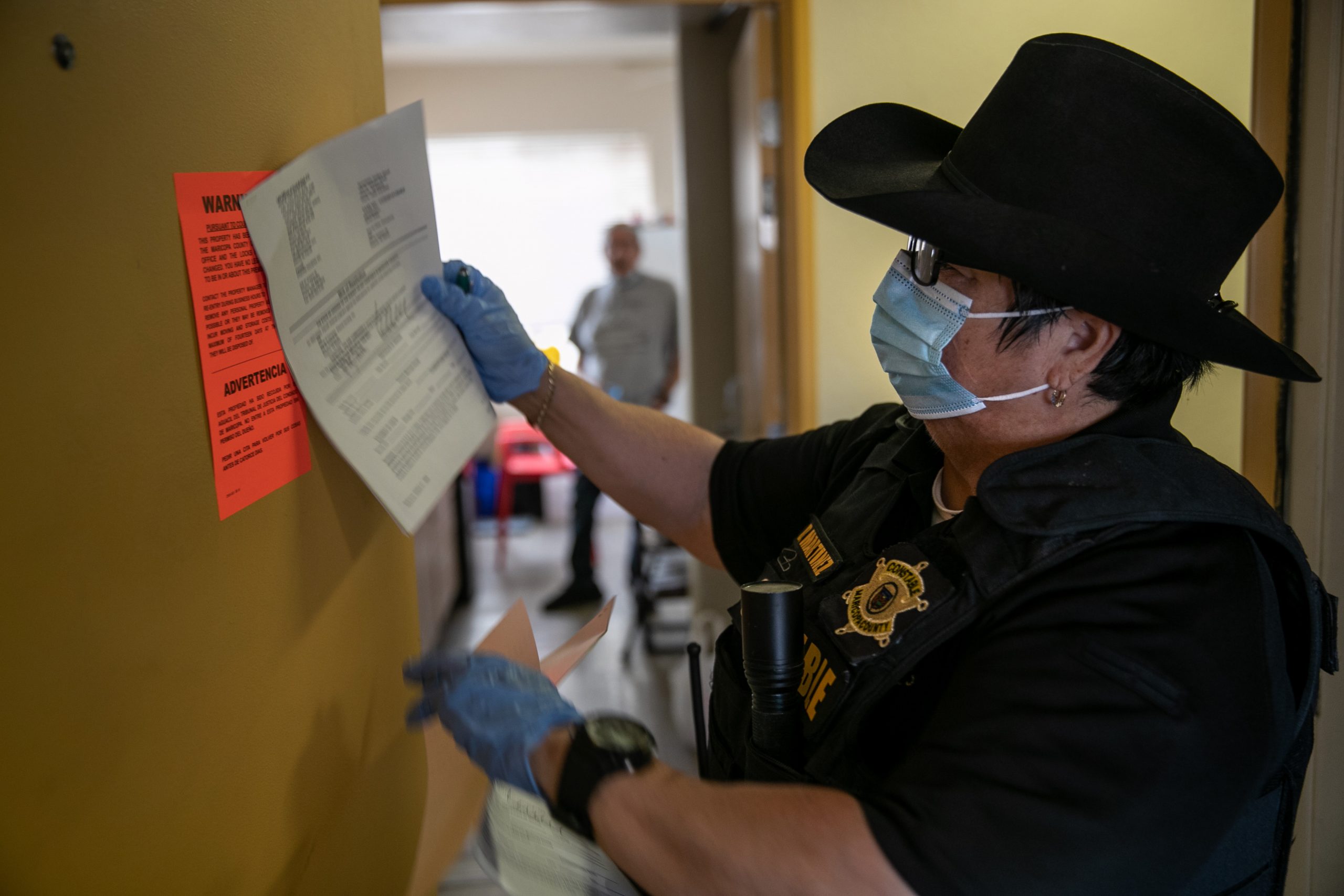 Eviction moratoriums and other housing protections are soon coming to a close, and monthly Morning Consult data suggests the adverse effects will fall disproportionately on Hispanic and Black adults.

The federal government’s eviction moratorium lifts at the end of the month, and COVID-era foreclosure protections will wane in fall. Homeowners and renters’ use of these policies has declined — the Mortgage Bankers Association estimated this week that 1.9 million borrowers are in forbearance, compared to the 4.3 million last June — but issues remain among some demographic groups. And some policies, such as rental assistance, haven’t been as effective as policymakers had hoped.

“The numbers are trending in the right direction, and that’s a good sign,” said Kayla Bruun, an economist at Morning Consult. “The bad sign is it’s not so fair the way it’s being distributed across different groups.”

According to Morning Consult economic data, homeowners and renters who earn less than $50,000 a year, along with Black and Hispanic adults, appear to be the most vulnerable to the end of federal housing protections. 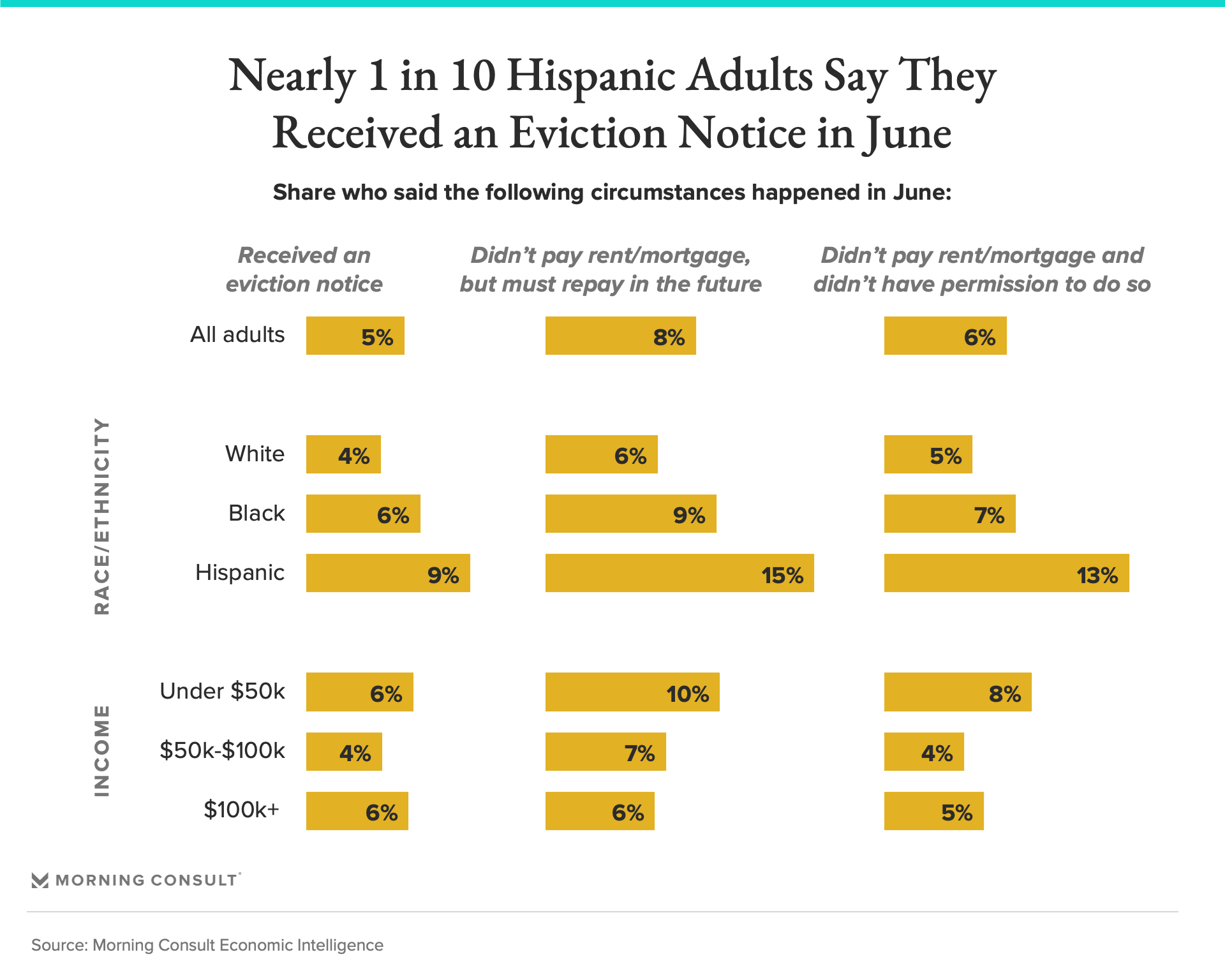 It’s about the same among income groups — an equal share (6 percent) of those who earn less than $50,000 and those who earn more than $100,000 a year said they received an eviction notice. Four percent of those who earn in the middle said the same. All are within the 2-point margin of error.

Hispanic adults also saw the highest share of those who said they didn’t pay rent or mortgage in June but have to repay it in the future (for homeowners, the same as forbearance), and those who skipped a housing payment without permission, at 15 percent and 13 percent, respectively.