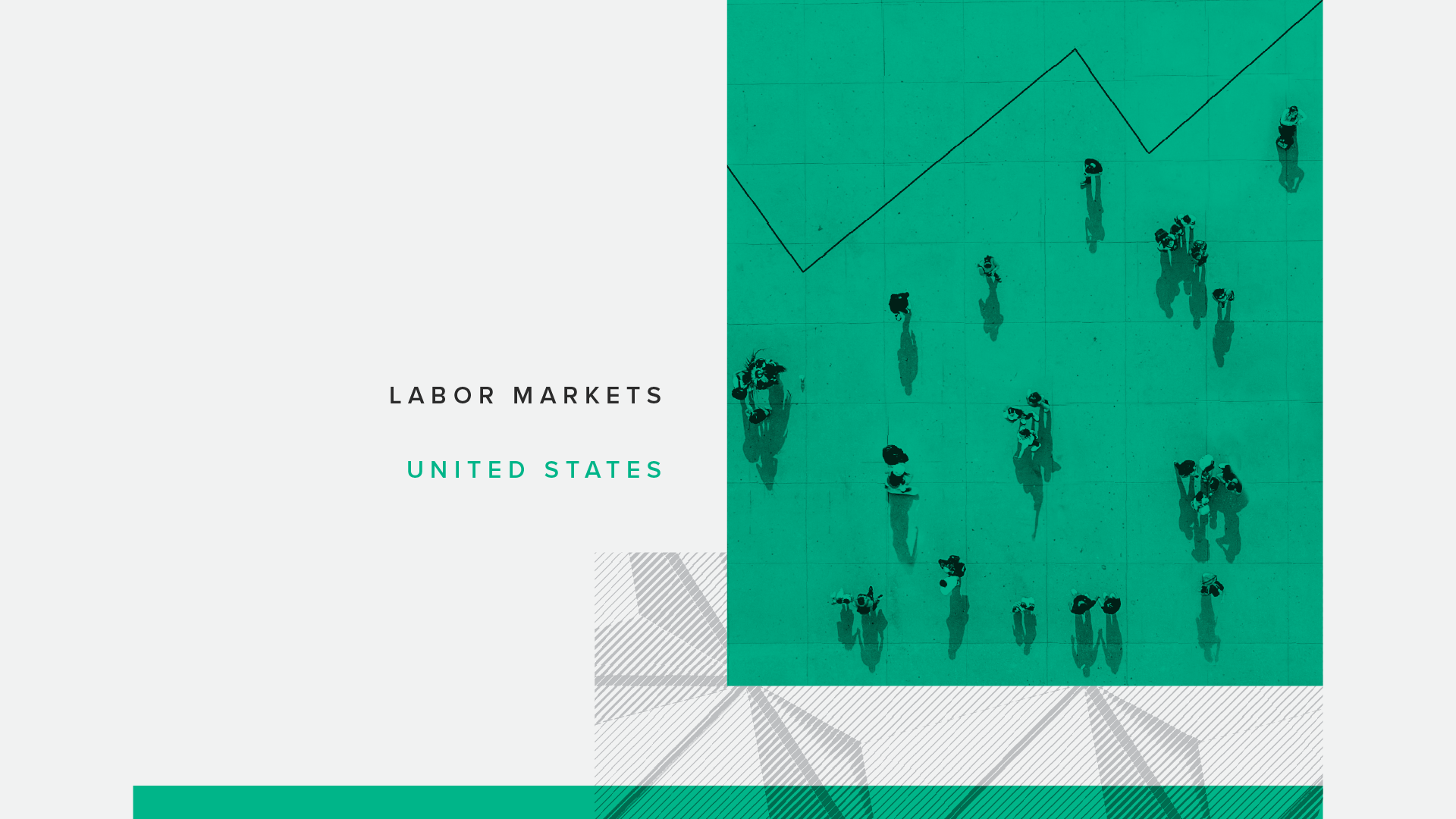 This analyst note is part of a series that provides direct insight into the trajectory of jobs growth, wage growth and the broader economic recovery over the coming months. Sign up here to get the latest economic analysis. Read the first part in the series here.

Despite a rebound in consumer spending and strong hiring demand, the adult labor force participation rate currently stands 1.7 percentage points below its February 2020 share, equating to roughly 2.7 million fewer adults aged 18 and older in the labor force. This reduced level of participation, in addition to stubbornly high unemployment, is contributing to labor shortages in pandemic-impacted sectors such as restaurants, travel, logistics, and retail. Sustained labor tightness also tends to assert upward pressure on wages and prices.

The extent to which this pattern plays out in the wake of the pandemic will largely be determined by the supply of labor: how many potential workers re-enter the workforce, and how long they wait to do so.

To estimate the size and timing of workers reentering the labor force, particularly early retirees, homemakers and disabled adults, Morning Consult surveyed a representative sample of 5,000 U.S. adults from June 22 – 25, 2021.

Roughly two thirds of pre-pandemic workers who left the labor force due to home responsibilities or disability are planning to resume working within the next year, compared with just over 40% of early retirees. Among those that intend to return to work, the majority of homemakers and disabled adults are planning to do so sooner rather than later. 49% of homemakers and 41% of disabled adults who worked prior to the pandemic but were not working as of the end of June indicated that they intend to return to work within the next three months.

Retirees are notably less keen to re-enter the workforce. Despite the finding that 60% of adults that retired since the start of the pandemic did so sooner than planned, only 13% of these early retirees expect to return in the next 3 months, and more than half have no intention of ever working again. This empirical finding is consistent with the narrative that the pandemic drove older Americans into early retirement, with relatively few planning on returning to work. 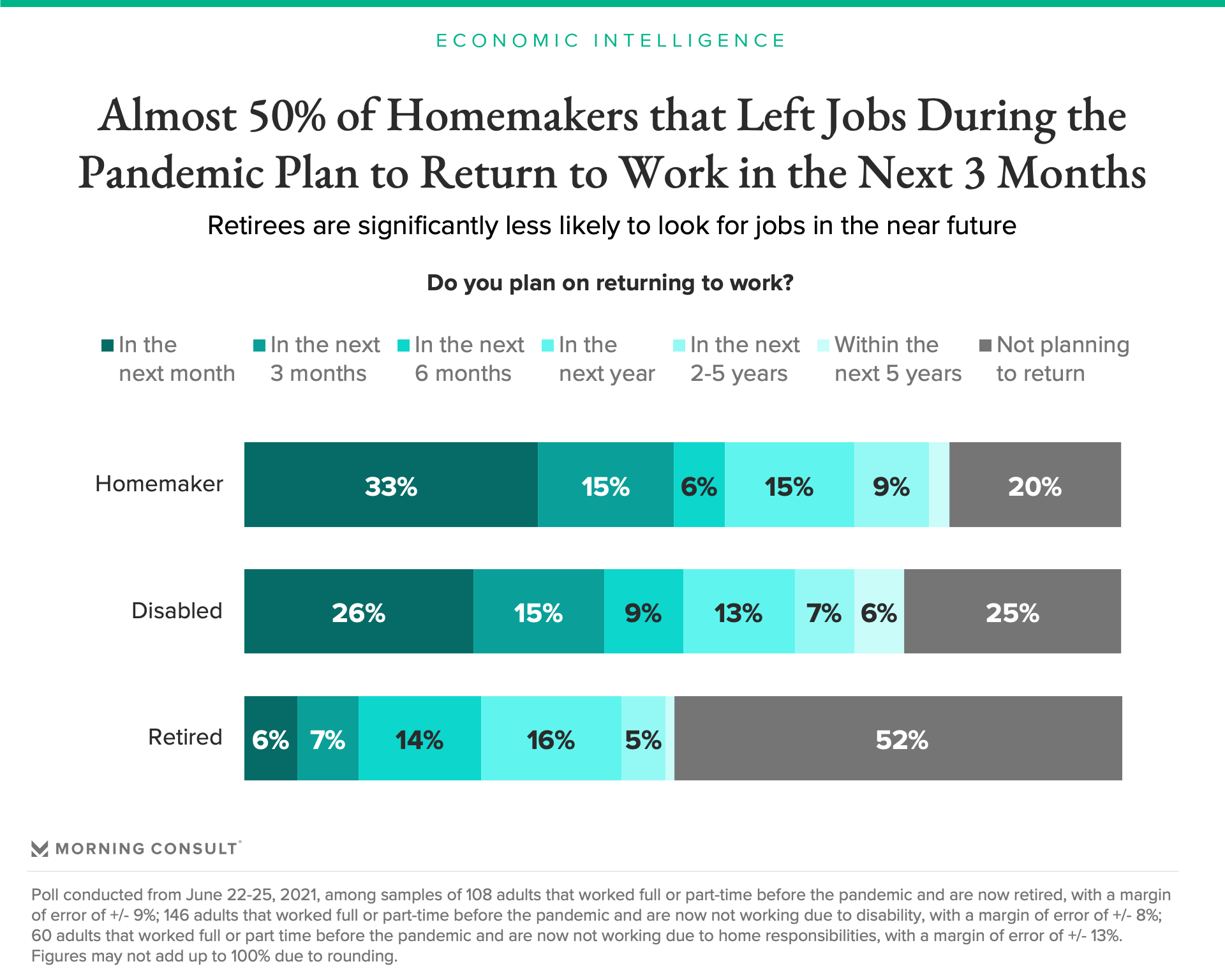 When projected out across the estimated total number of adults outside the labor force, the share of imminent returners identified by Morning Consult’s survey suggests that about 1.8 million homemakers, 1.4 million persons with disabilities, and 270 thousand early retirees intend to resume working within the next year. Most of these workers expect to look for jobs within the next three months.

Assuming minimal attrition within the existing workforce, the estimated inflow of soon-to-be workers–about 3.5 million by June 2022–would be enough to lift labor force participation above its pre-pandemic level. 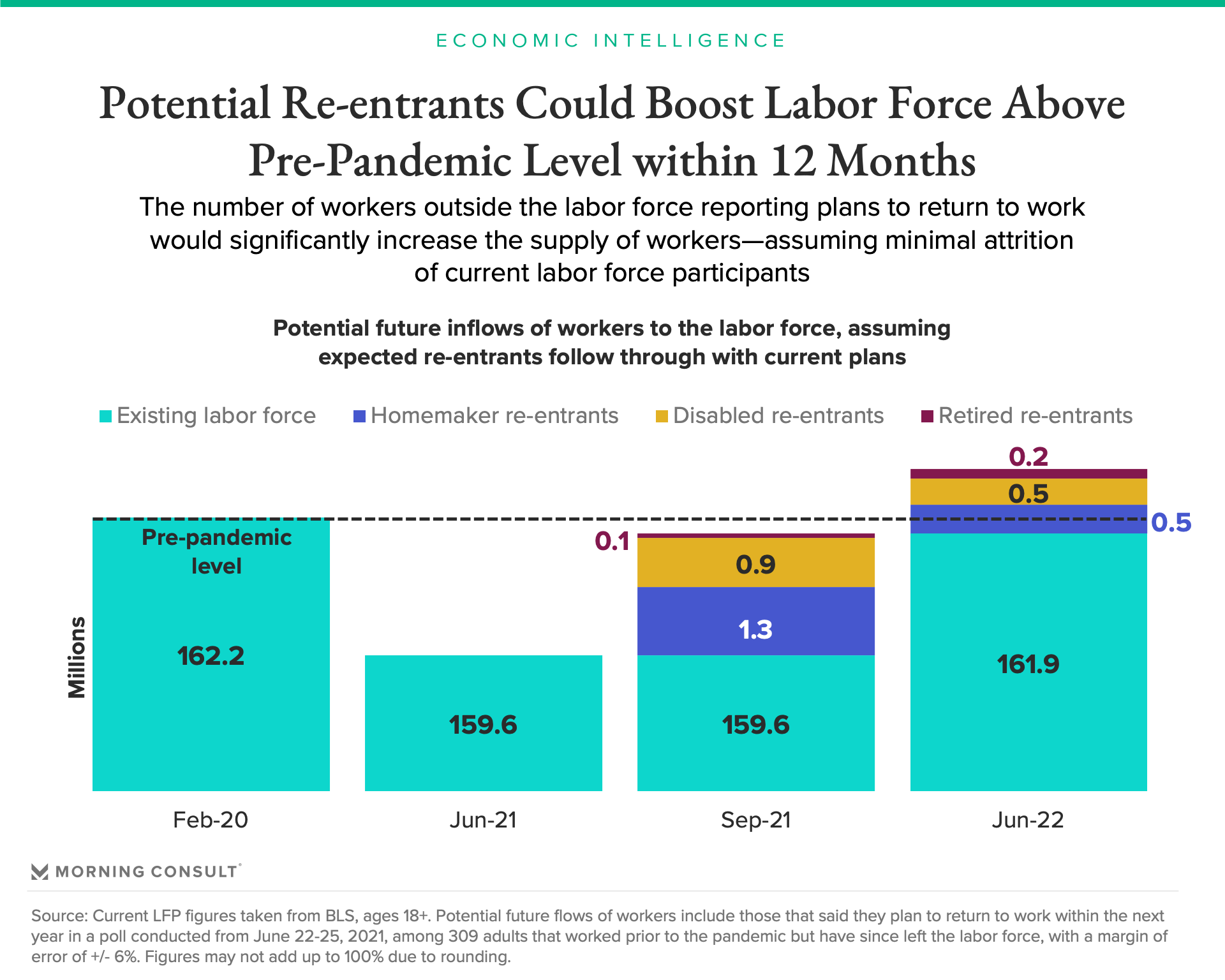 The expressed intention of groups outside the labor force to return to jobs is an encouraging sign, but their capacity to execute these plans remains impeded by significant obstacles–some transitory, but others likely to persist.

Among homemakers, a loss of income by spouse or partner would initiate the greatest urgency to seek employment (40%). As the economy continues to recover, the risk of job loss is likely to diminish, suggesting that homemakers citing this consideration may feel decreasing pressure to return to work, possibly reducing the number of reentrants. Other impediments limiting work desirability for homemakers are gradually receding: about a third list higher pay as requisite encouragement for them to look for jobs, and almost as many point to reduced childcare as a critical enabling factor. 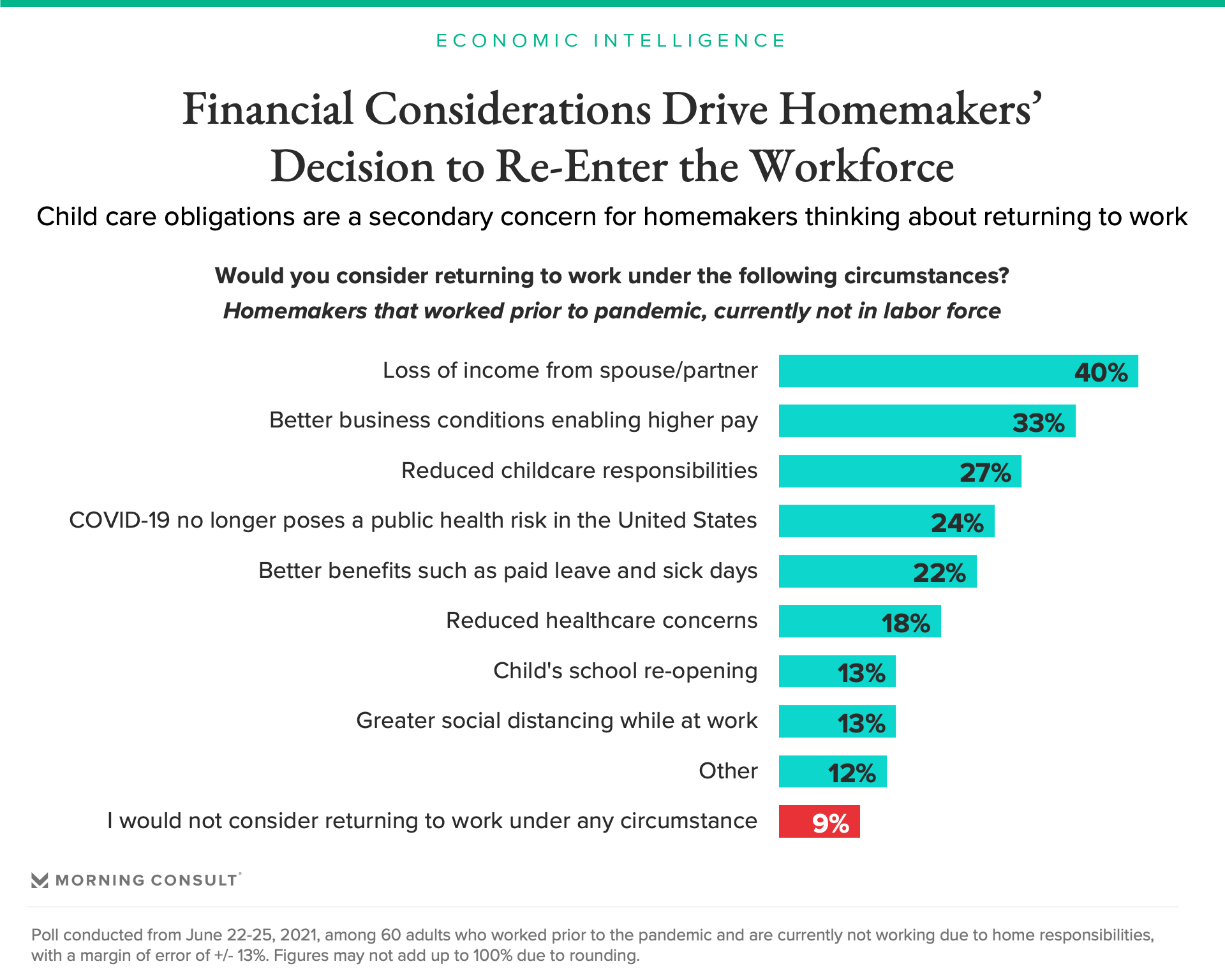 For persons with disabilities, almost half claim their re-entry to the workforce is contingent on the availability of jobs they could do regardless of their disability. Better pay or benefits are also considerations for about a third of those not working due to disability, placing the onus on businesses to enhance inclusionary measures, wages, and benefits offerings if they wish to tap this potential labor source.

In addition to factors impacting potential workers’ willingness to work, there is also the likelihood that some returning job seekers will face a skills mismatch or other friction preventing them from quickly finding work. This could yield discouragement and a return to the sidelines for some, deflating the ranks of would-be workers that actually find jobs to a level below the number that currently express their intention to return to work.

With over 9 million job openings reported by the BLS at last count, the imminent inflow of homemakers and disabled adults to the hiring pool is a promising development, especially for sectors facing labor shortages. Mounting pressure on unemployed jobseekers as UI benefits expire will further ease labor tightness. However, businesses may need to adapt their employment offerings to fit the requirements of these potential workers. Returning homemakers are likely to have children, requiring additional flexibility from employers, and adults with disabilities may necessitate certain modifications to their working conditions. With many re-entrants citing higher wages as contingent to their return to work, accommodating the expanding workforce may also contribute to labor cost increases and an associated rise in inflation.