The 24-year-old gymnast was the fourth most popular choice for “favorite sports figure” among U.S. adults in an open-ended survey conducted earlier this month 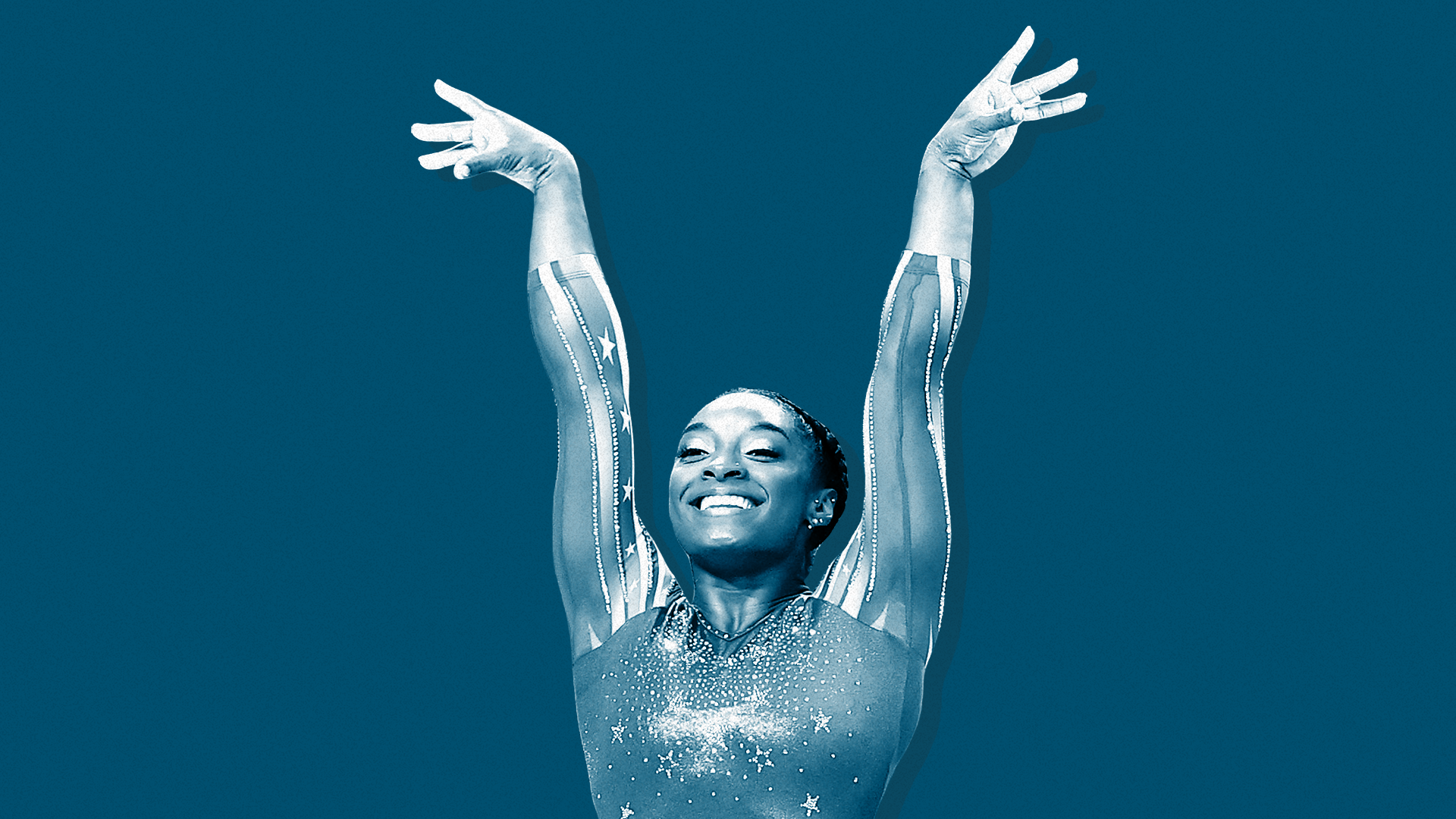 Even before taking to the mat at this summer’s Tokyo Olympics, gymnast Simone Biles has emerged this year as one of the most popular personalities in sports among Americans, new research shows. 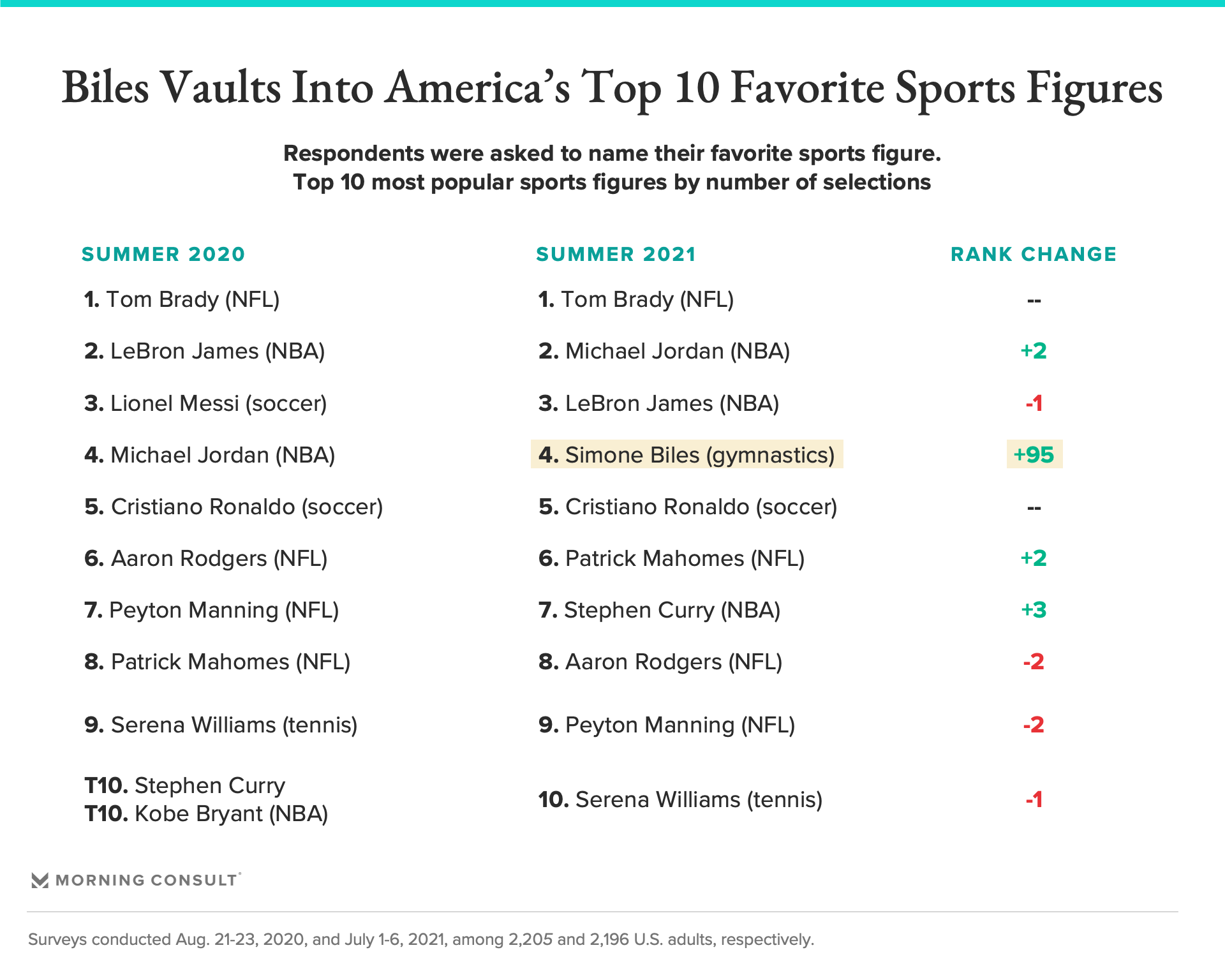 Biles’ ascent toward the top of America’s sporting consciousness in the lead-up to the Tokyo Games, which begin Friday, exemplifies the star-making power of the pre-Olympic marketing machine. When Morning Consult conducted the same survey among U.S. adults in August 2020 — months after the postponement of the initial start date of the Tokyo Games — Biles barely registered among the public’s selections for favorite sports figure, garnering only two of 1,275 written responses (0.2 percent).

Without retired swimmer Michael Phelps as a draw this Olympic cycle, NBC has leaned heavily on Biles in its promotion of the Tokyo Games. A slew of televised performances in the U.S. Olympic Trials last month — all while wearing a leotard bedazzled with rhinestones in the shape of a goat head, marking her as the “Greatest of All Time” — also served to elevate Biles’ star.

Her jump in April from Nike Inc. to a new sportswear sponsor, Gap Inc.’s female-focused Athleta, also made headlines, and she has recently starred in TV spots for Uber Eats and Visa. Biles is also the subject of an ongoing Facebook Watch documentary series, “Simone vs Herself.” 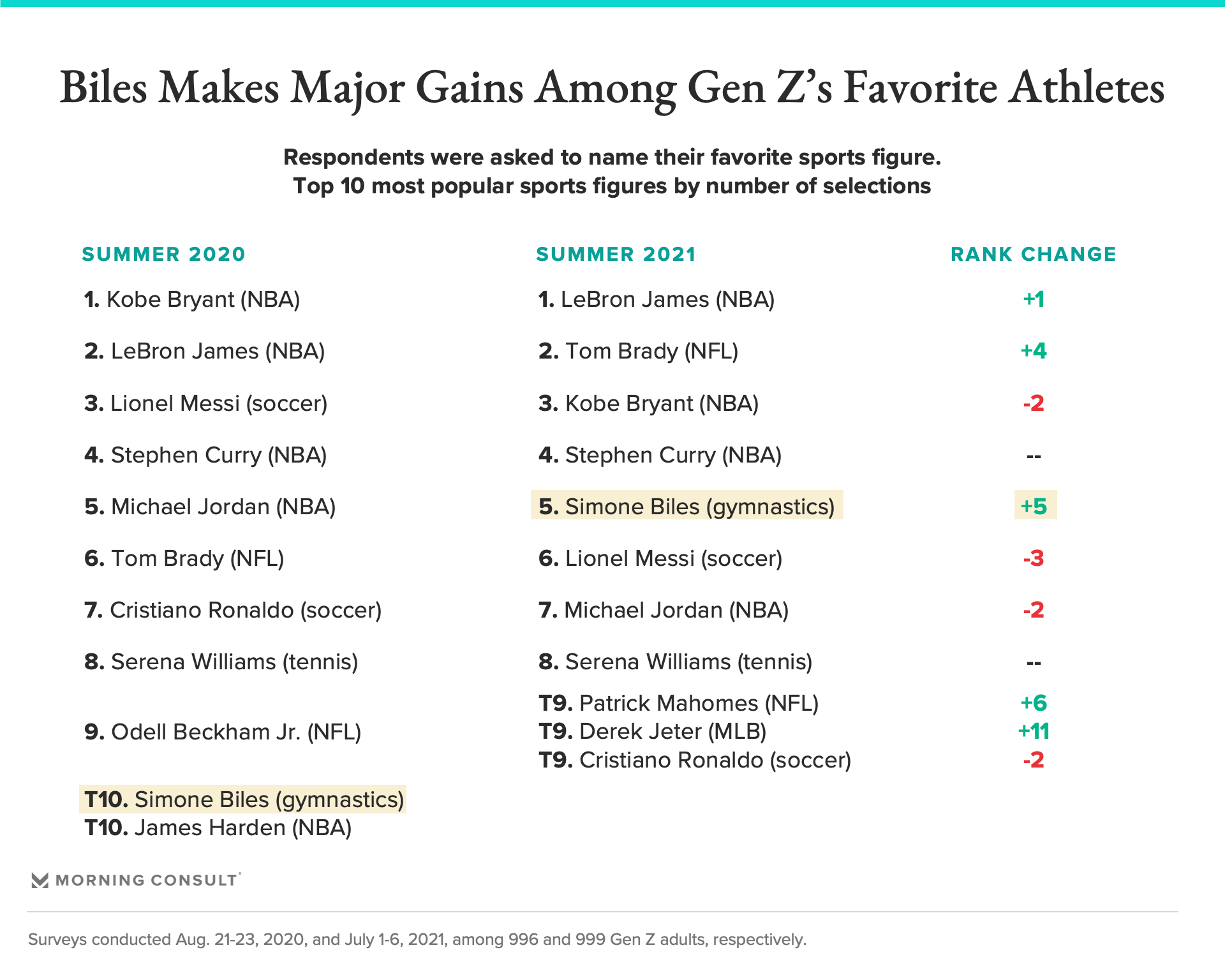 Among her own generational cohort, Biles moved up five spots from the 2020 survey, when she tied for the 10th-most popular choice with 1.3 percent of respondents writing in her name, along with Houston Rockets guard James Harden. 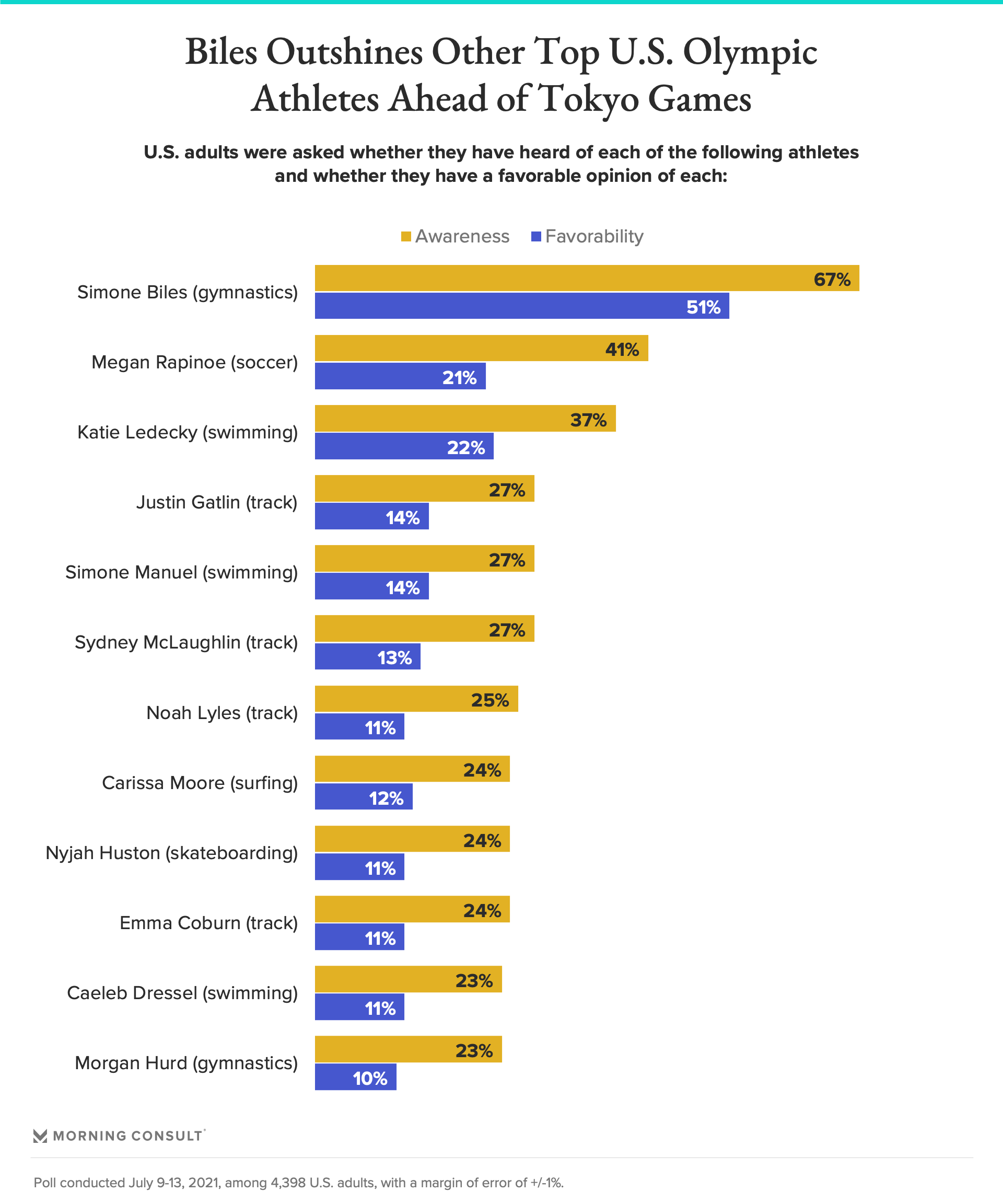 Biles’ star is poised to reach new heights in Tokyo, where she will be the center of attention among the American delegation. In Morning Consult’s most recent pre-Olympic survey, conducted July 9-13, 2 in 3 U.S. adults indicated they had heard of Biles, making her the most well-known Olympic athlete among more than a dozen included in the survey. By comparison, 41 percent of respondents indicated they had heard of Megan Rapinoe, captain of the U.S. women’s soccer team, and 37 percent had heard of decorated swimmer Katie Ledecky. 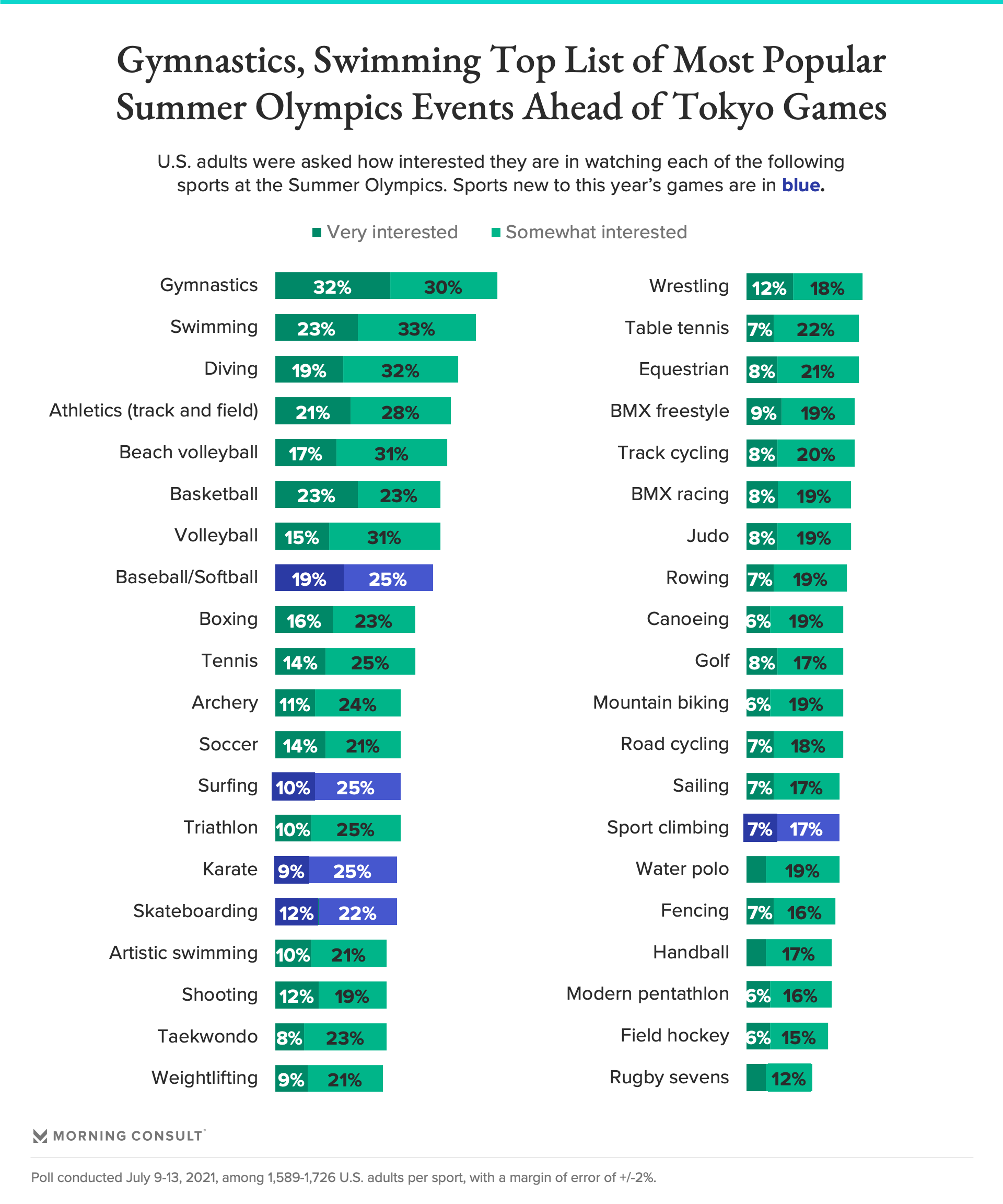 In addition, respondents indicated that they are more likely to watch gymnastics than any other sport at this summer’s Olympics, with 62 percent of U.S. adults expressing interest. Swimming (56 percent), diving (51 percent), track and field (49 percent) and beach volleyball (48 percent) rounded out the top five most popular sports heading into the games.