58% of voters back a commission to investigate the Capitol riot, down from 66% in June 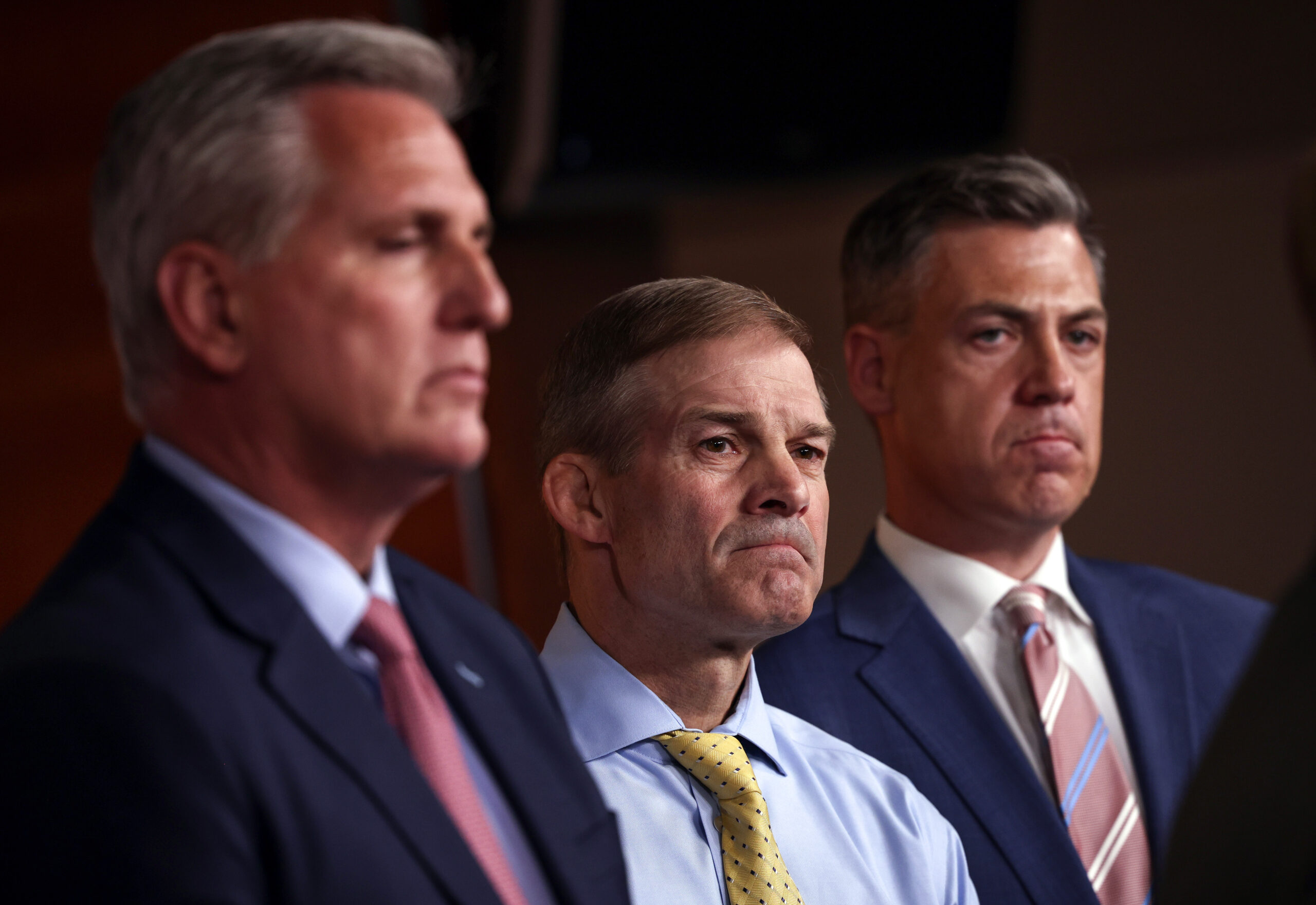 From left, House Minority Leader Kevin McCarthy (R-Calif.) and Reps. Jim Jordan (R-Ohio) and Jim Banks (R-Ind.) attend a news conference on House Speaker Nancy Pelosi’s decision to prevent the latter duo from serving on the select committee investigating the Jan. 6 Capitol riot due to their statements and actions in reference to the events that day. New polling shows support for the committee has declined since last month, though a majority still back it. (Kevin Dietsch/Getty Images)
By Eli Yokley

Most voters back a congressional panel to investigate the events of Jan. 6, but as a special House committee holds its first hearing today, a new Morning Consult/Politico poll shows that the public’s support has dropped, driven by Republican and independent voters.

According to the July 23-26 survey, 58 percent of voters said they support a congressional commission to investigate the Jan. 6 attack on the U.S. Capitol, compared with 29 percent who oppose it. Overall support for the probe is down 8 percentage points since a poll conducted June 18-20, while the share opposed or uncertain rose by smaller amounts. 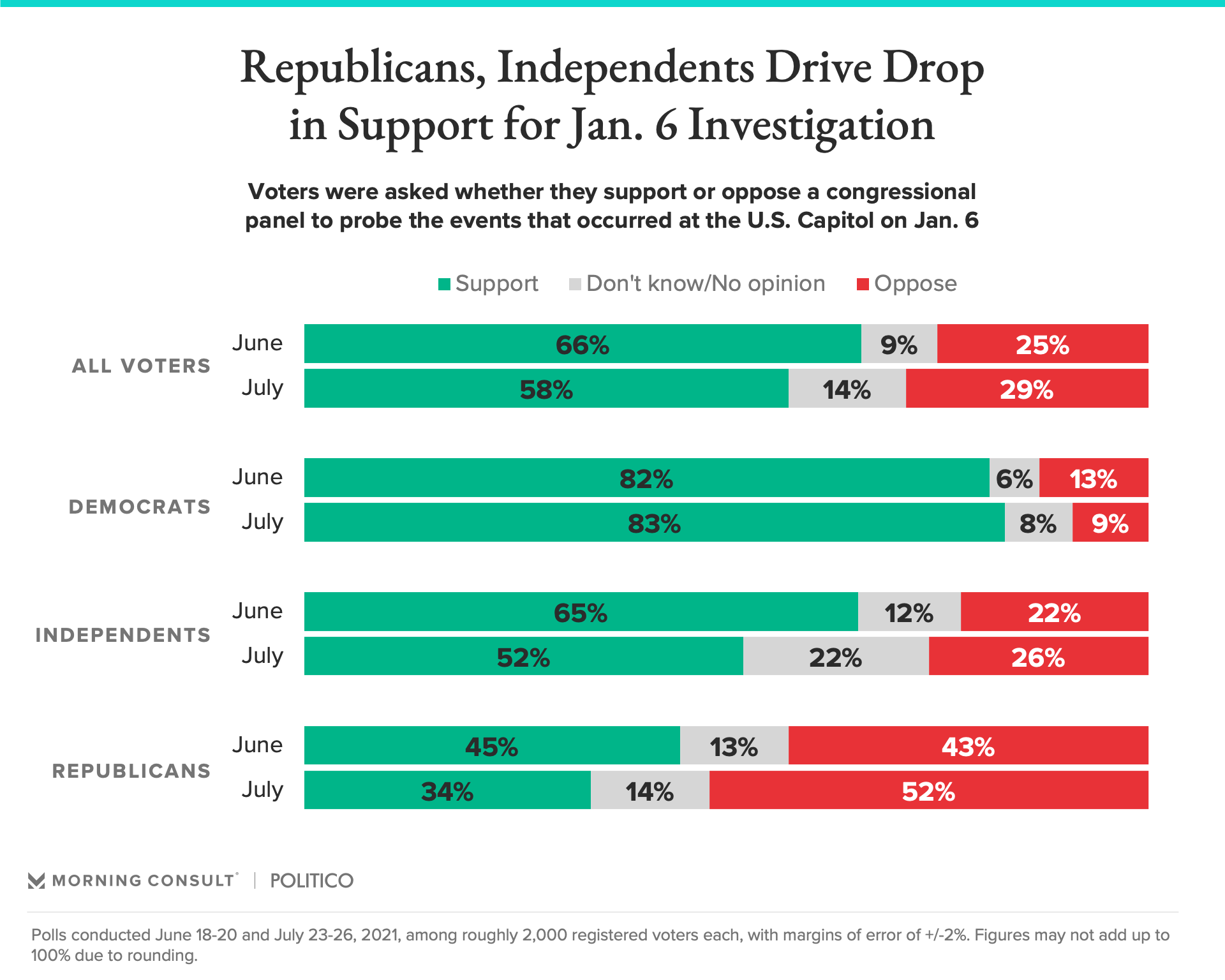 The decline in support was largest among independents, who appear more likely than Republicans to accept the panel’s eventual conclusions as legitimate, given earlier polling. Half of independent voters (52 percent) support the congressional probe, down 13 points since June, while the share who are uncertain increased 10 points, to 22 percent.

Among Republicans, who were almost evenly split on support for the panel five weeks ago, the majority (52 percent) now oppose it, while support from Democrats was virtually unchanged at 83 percent.

The survey was conducted after House Minority Leader Kevin McCarthy (R-Calif.) said he would not appoint any Republicans to the select committee following House Speaker Nancy Pelosi’s refusal to seat Republican Reps. Jim Banks of Indiana and Jim Jordan of Ohio due to their past statements and actions. The California Democrat responded by naming Rep. Adam Kinzinger (R-Ill.) to join her other Republican appointee, Rep. Liz Cheney of Wyoming, in a move to boost the group’s bipartisan credentials.

McCarthy’s actions – coupled with the posture of the GOP electorate – mirror previous Morning Consult polling that found more Republican voters want to disassociate their party from the insurrection and move on. At the time of the June survey, 68 percent of Republican voters said there had been too much focus on the events of Jan. 6, compared with 23 percent of Democrats and 36 percent of independents who agreed.