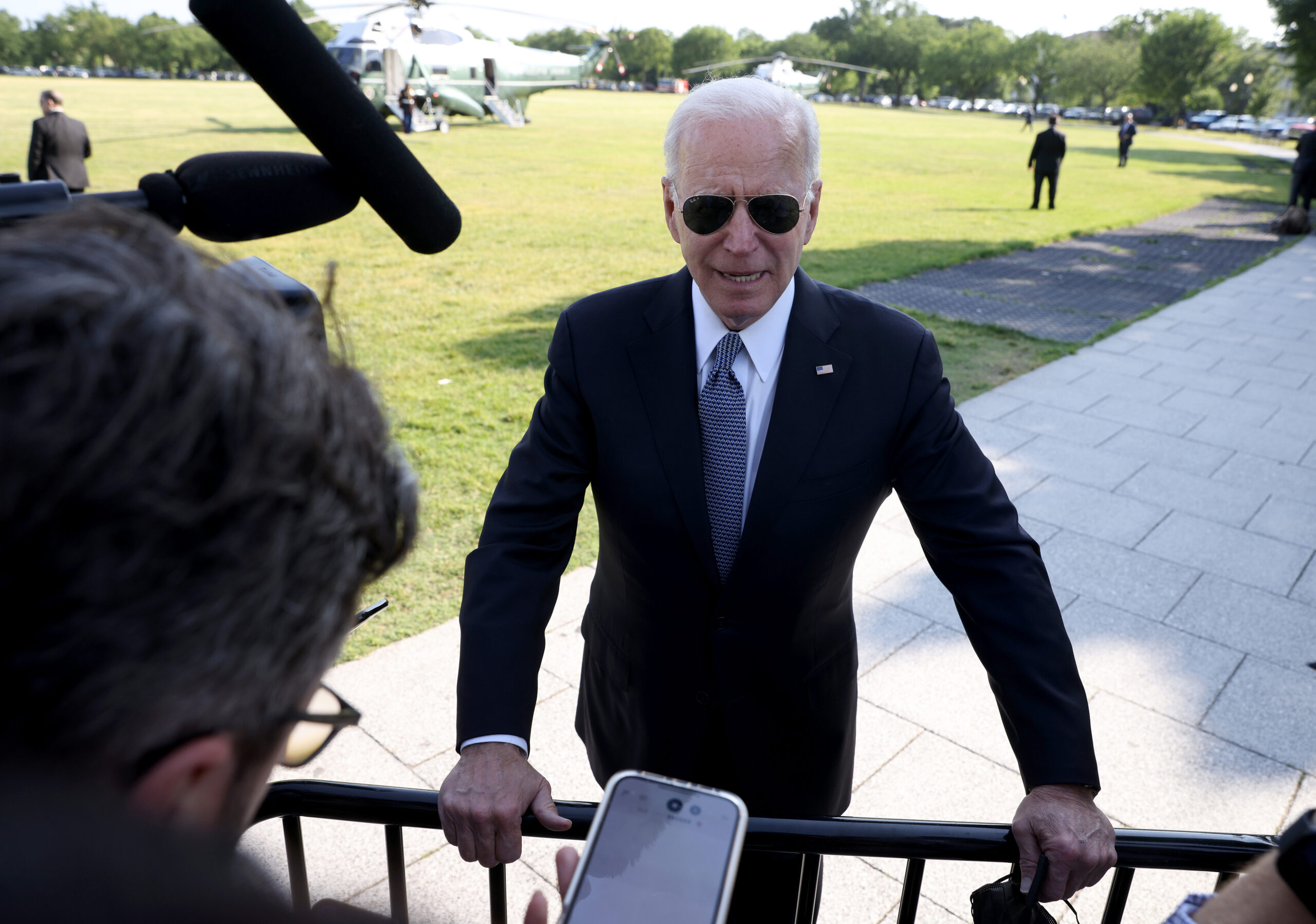 A Morning Consult/Politico poll found that 59 percent of registered voters hold the economic policies of President Joe Biden, pictured at the White House on May 25, 2021, responsible for the 13-year high in inflation in the United States. (Win McNamee/Getty Images)
By Claire Williams

The Biden administration and the Federal Reserve have said for months that recent inflation is temporary, an expected byproduct of the U.S. economy reopening after more than a year.

But recent cracks in the strategy have emerged as costs have risen, with President Joe Biden assuring Americans that his administration will “remain vigilant” and make policy adjustments where necessary, while Republicans have hammered Biden and framed today’s issues as akin to the 1970s runaway inflation levels fueled by irresponsible spending.

So far, GOP lawmakers appear to be winning the messaging battle, and Democrats have work to do if they intend to turn the public opinion tide on the issue, a new Morning Consult/Politico poll suggests. 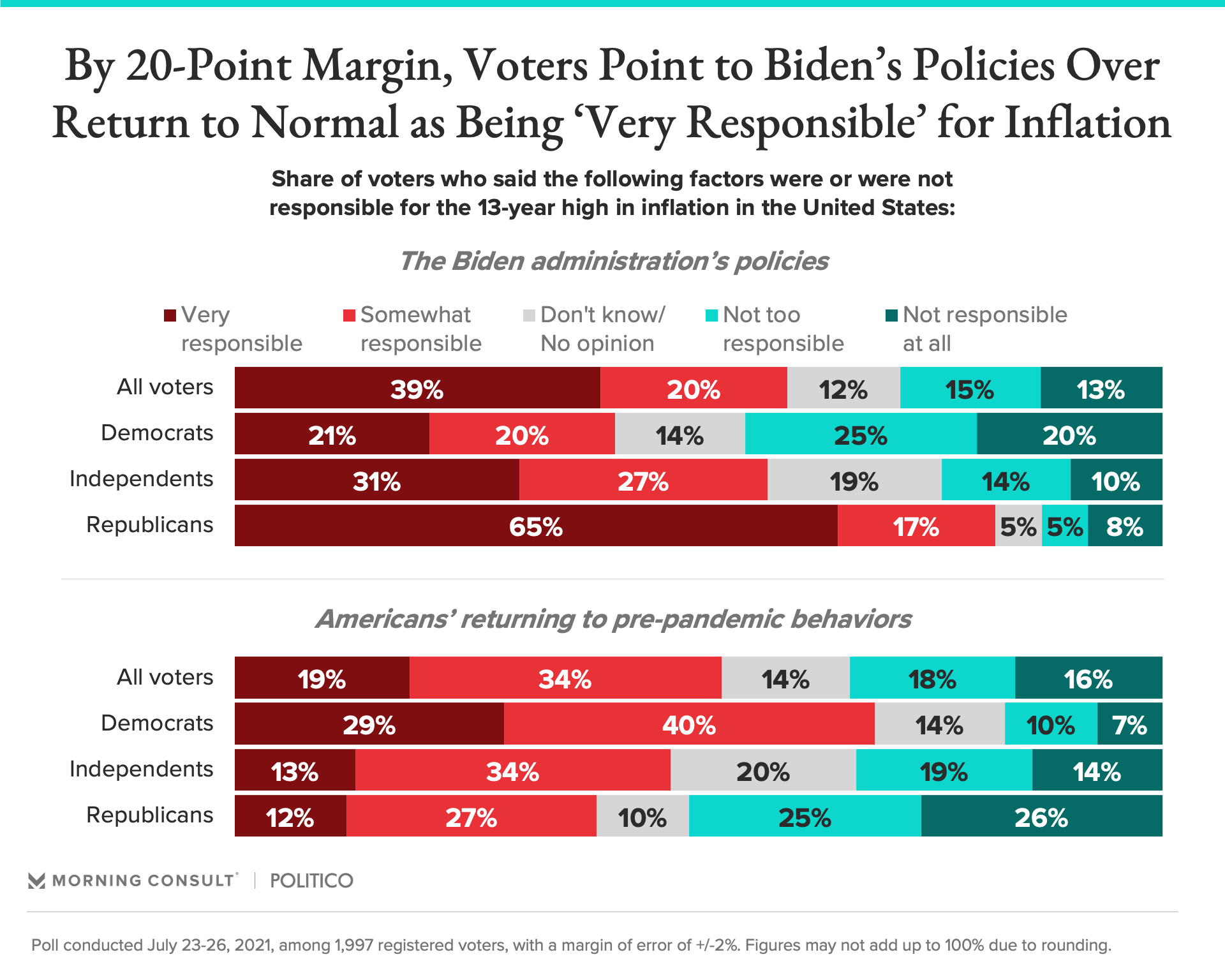 Nearly 3 in 5 voters said that the Biden administration’s policies are to blame for the 13-year high in inflation, including 39 percent who said the policies are “very responsible” for the milestone.

At 82 percent, Republicans were the driving force behind those figures, but a large share of Democrats also held the Biden administration’s policies responsible for inflation levels, at 41 percent.

Democrats were more likely than other voting blocs to say the Biden administration’s policies were “not too responsible” or “not responsible at all” for inflation at 25 percent and 20 percent, respectively.

Related: Biden’s Child Tax Credit Gets Support From Over Half of Voters. A Similar Share Says It Should Expire

Voters were slightly less likely to attribute inflation to the economic reopening and Americans’ returning to pre-pandemic behaviors, such as going out to eat and resuming travel. Fifty-three percent of voters pointed to a return to normal life as responsible for inflation.

Democrats were the most likely group to hold this view at 69 percent. Thirty-nine percent of Republicans said the same, and a combined 51 percent of GOP voters said such pre-pandemic behaviors were not too responsible or not responsible at all for inflation’s 13-year high.

Regardless of what voters are more likely to blame, worries about the economy and inflation are growing, especially in pandemic-impacted areas. 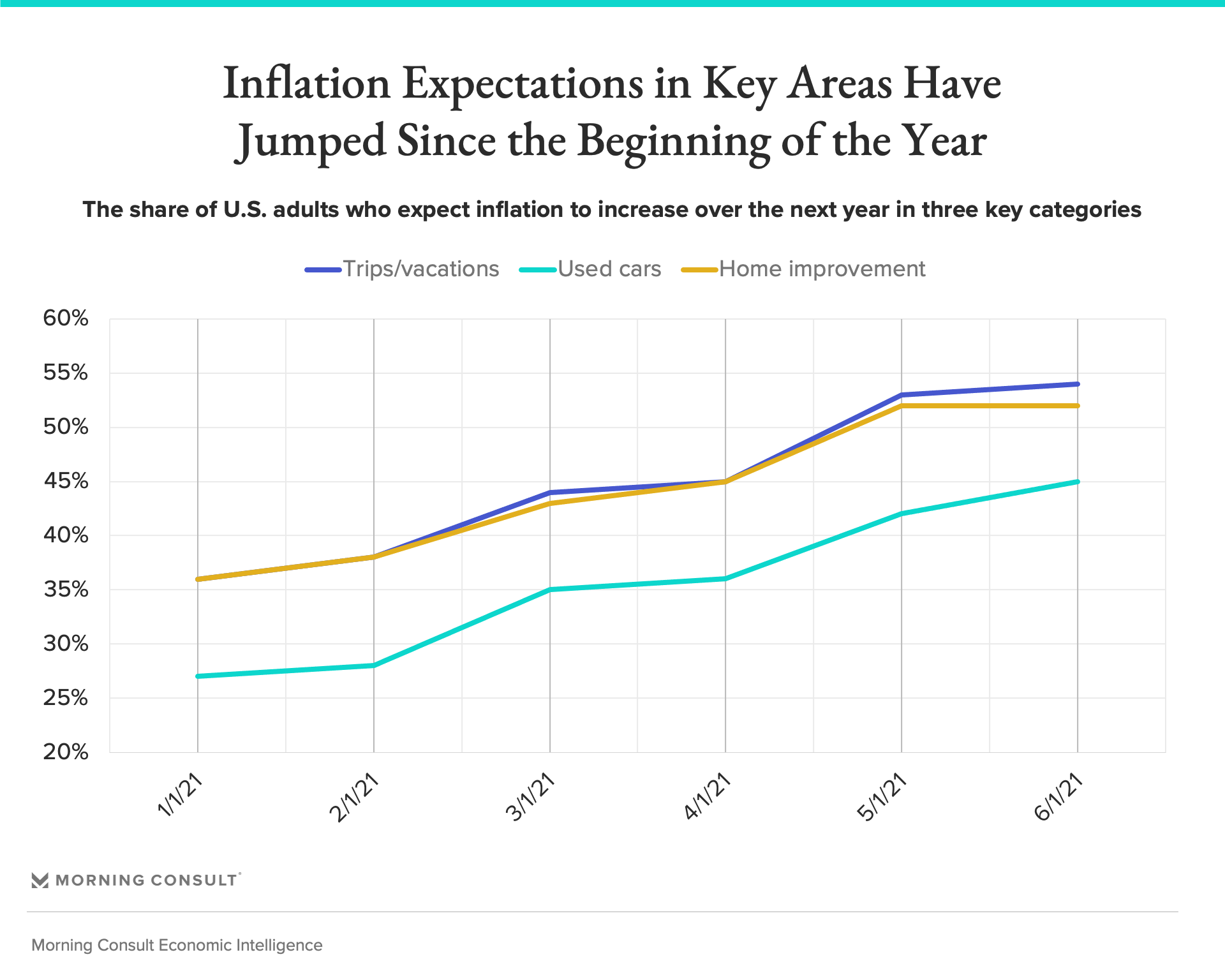 The share of U.S. adults who expect prices to increase in the travel and vacation space rose to 54 percent in June from 36 percent in January, according to Morning Consult Economic Intelligence data.

Similarly, the used car category has seen massive price increases as commutes and travel pick back up, and home improvement costs have increased as bottlenecks in lumber and a high demand for remodeling struck during the heights of the pandemic. Consumers have increasingly expected those prices to increase since the beginning of the year.

Additionally, nearly 2 in 5 voters expect the economy to worsen in the next year, according to the Morning Consult/Politico poll. 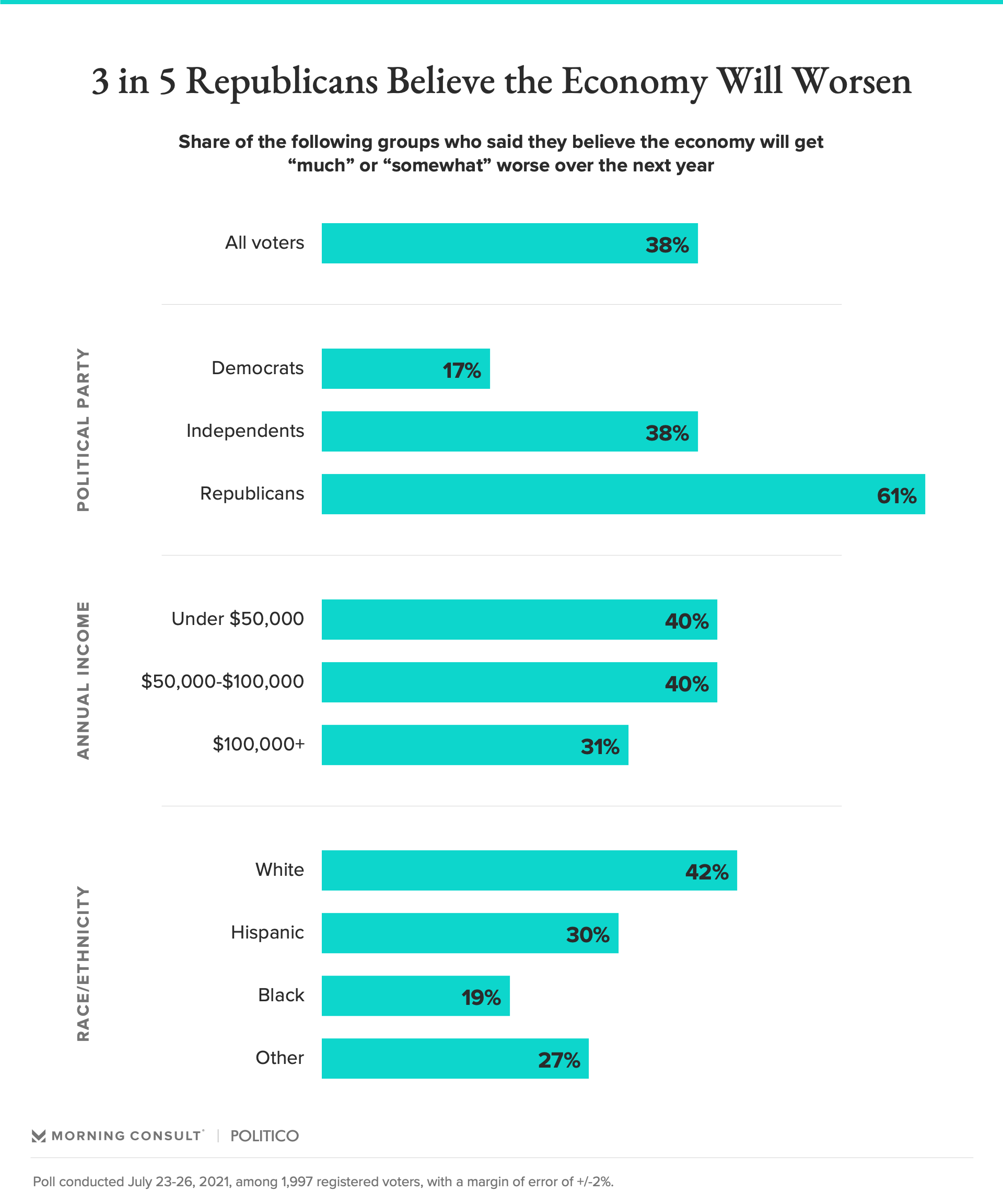 Expectations for the economy break down along party lines: The share of those who expect the economy to get worse is highest among Republicans at 61 percent, while 38 percent of independents and 17 percent of Democrats said the same.

As expected with an uneven economic recovery, lower-income voters have more negative expectations for the economic recovery. Forty percent of adults who earn less than $50,000 per year and an equal share of those earning between $50,000 and $100,000 annually said they anticipate the economy worsening. A smaller share (31 percent) of voters earning more than $100,000 said the economy will take a downturn.

Among racial and ethnic groups, 42 percent of white voters said the economy will get worse, compared with 30 percent of Hispanic voters and 19 percent of Black voters.

The survey was conducted July 23-26 among 1,997 registered voters and has a margin of error of 2 percentage points.