Exclusive: Vevo Data Reveals How Often Gen Z Watches Music Videos and Which Ones Overperform With Them

Lil Poppa, SZA are among most-watched artists for the demographic 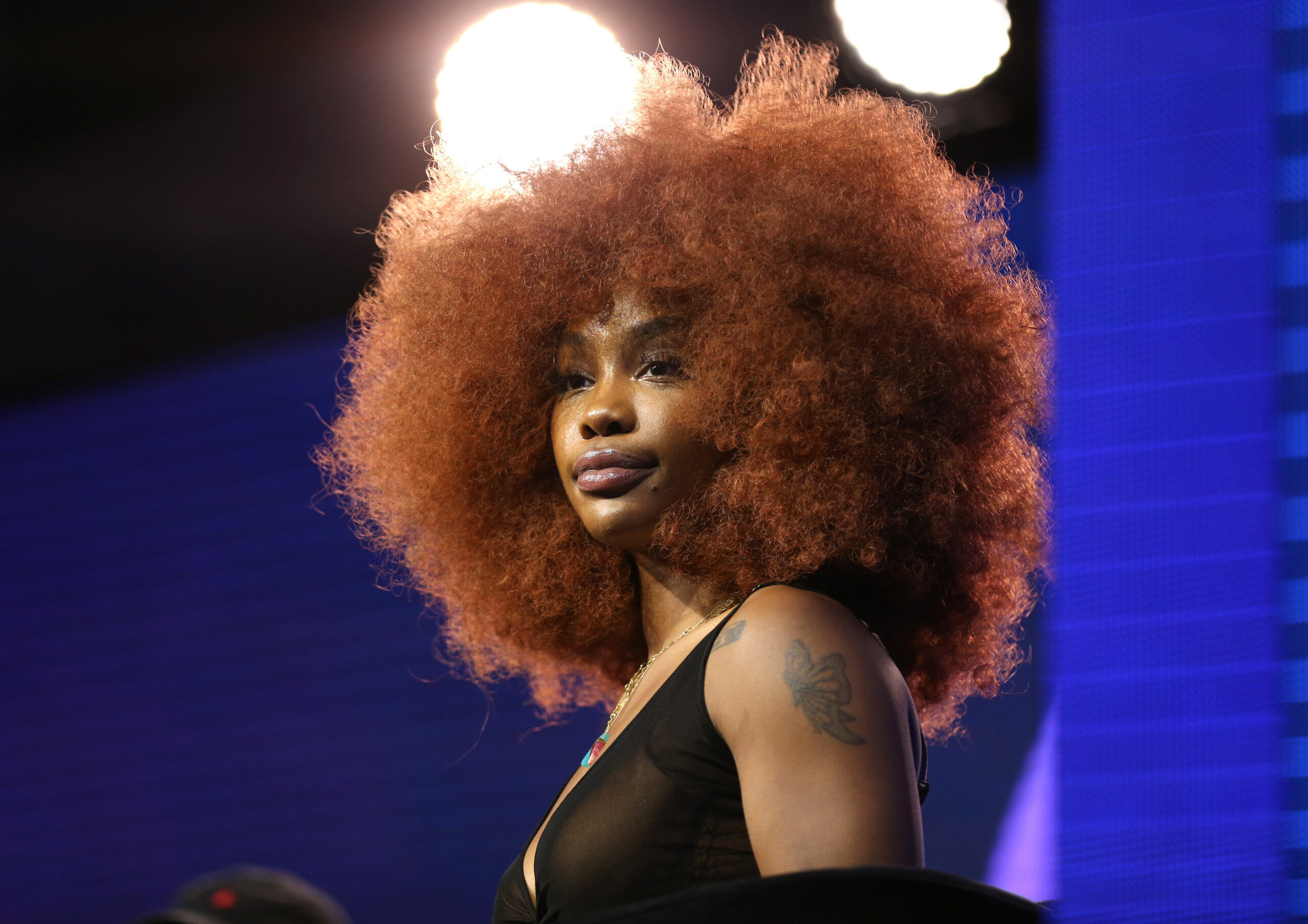 SZA at the REVOLT Summit x AT&T event in Los Angeles on Oct. 26, 2019. SZA's music videos were among the most popular with Gen Z women, according to Vevo data exclusively shared with Morning Consult. (Phillip Faraone/Getty Images for REVOLT)
By Sarah Shevenock

Aug. 1, 1981, became a revolutionary day for music videos with the launch of MTV, the first channel dedicated to playing them. Now, as the network turns 40, the music video network Vevo has shared with Morning Consult exclusive data about Gen Zers’ engagement with music videos, as well as the artists whose videos draw a disproportionate share of viewers from that demographic. 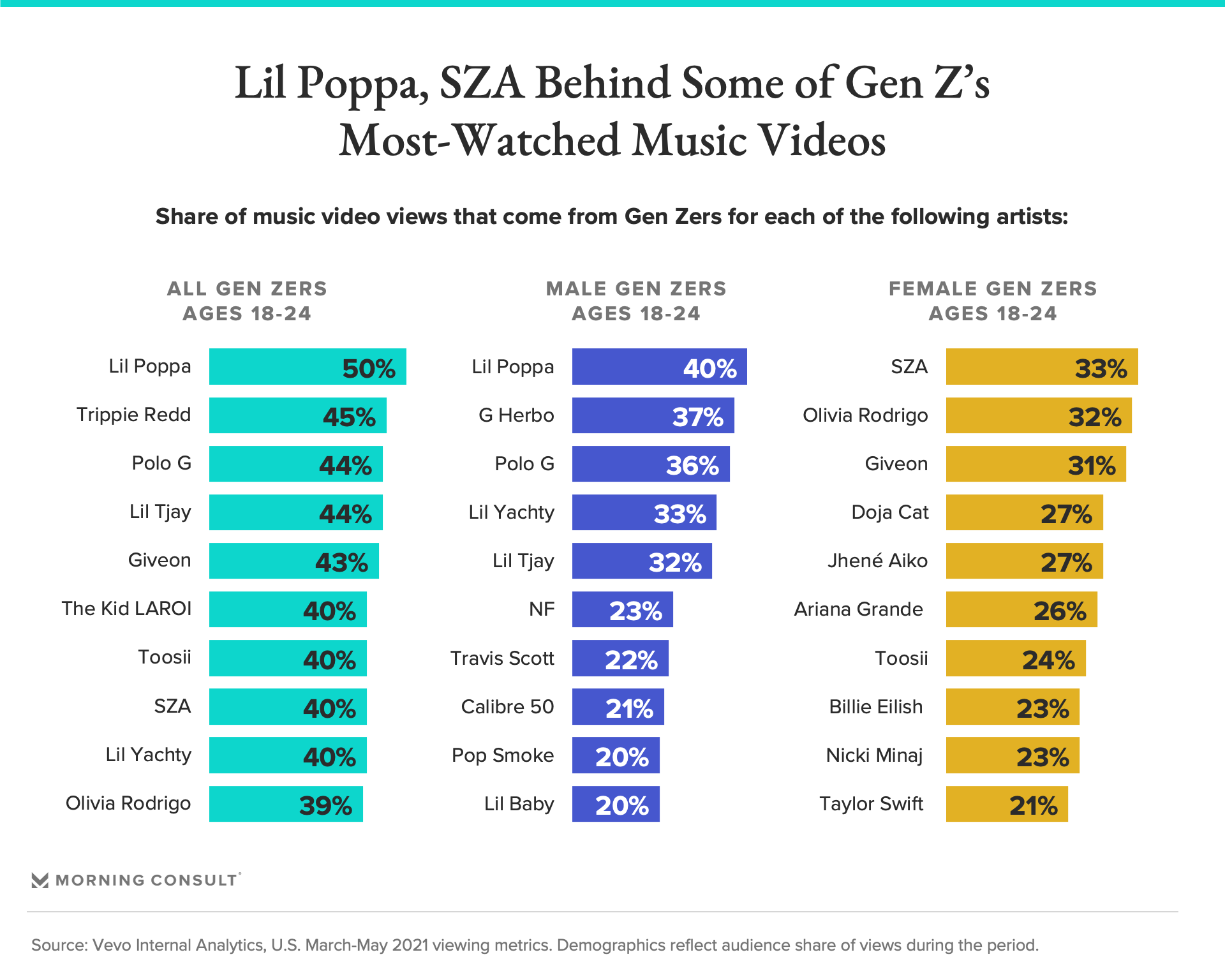 Olivia Rodrigo, whose single “Driver’s License” set a Spotify Technology SA record by becoming the first song to reach 80 million streams in seven days, also drew a significant portion of her Vevo audience from Gen Zers: 39 percent of her video views came from that group.

Additionally, according to data from Vevo’s proprietary Media Tracker, which is based on a 3,100-person survey, 85 percent of U.S. Gen Zers said they watch music videos at least once a month, while 36 percent said they watch them daily.

Fifty-four percent of the 899 Gen Zers included in the survey, which was conducted in March 2021 and has a margin of error of 3 percentage points for the Gen Z subsample, said they watch music videos the first week they are available.

The survey also looked at reasons Gen Zers watch music videos: 63 percent said they check them out to find new artists, while 54 percent said they watch to keep up with the videos and stay aware of conversation around them.