With backing from 4 in 5 voters and virtually no partisan divide, “updating roads and bridges” was the most popular measure 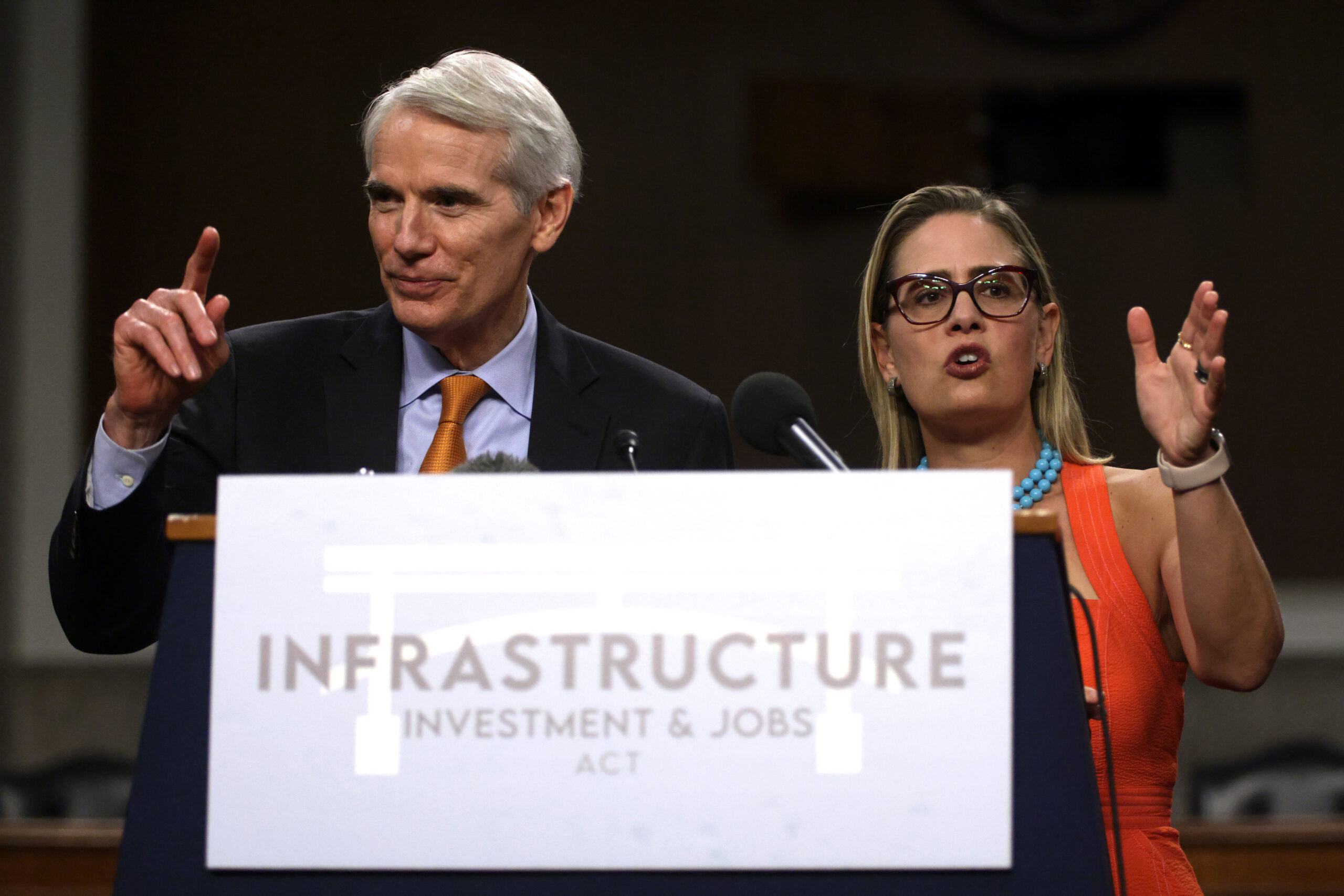 Sens. Rob Portman (R-Ohio) and Kyrsten Sinema (D-Ariz.) answer questions from members of the press during a news conference after a procedural vote for the bipartisan infrastructure framework on July 28, 2021, in Washington, D.C. A Morning Consult/Politico poll found that six potential investments included in the package received over 50 percent support from voters of all parties. (Alex Wong/Getty Images)
By Lisa Martine Jenkins

Despite the popularity of infrastructure among lawmakers on both sides of the aisle, putting together an actual bipartisan package has proved a Herculean effort. But at long last, over 12 years after the last major federal investment in the country’s public works, the Senate this week released the more than 2,700-page piece of legislation that would include $550 billion in new federal spending focused on physical infrastructure.

And throughout lawmakers’ partisan wrangling to iron out the details, the popularity of major infrastructure provisions held strong among voters, new polling from Morning Consult and Politico shows.

All of the six potential investments included in the survey received over 50 percent support from voters of all parties. Updating roads and bridges, the most popular measure surveyed, saw only a negligible gap in support between Democrats (82 percent) and Republicans (79 percent), within the 4 percentage-point margin of error for the demographics. 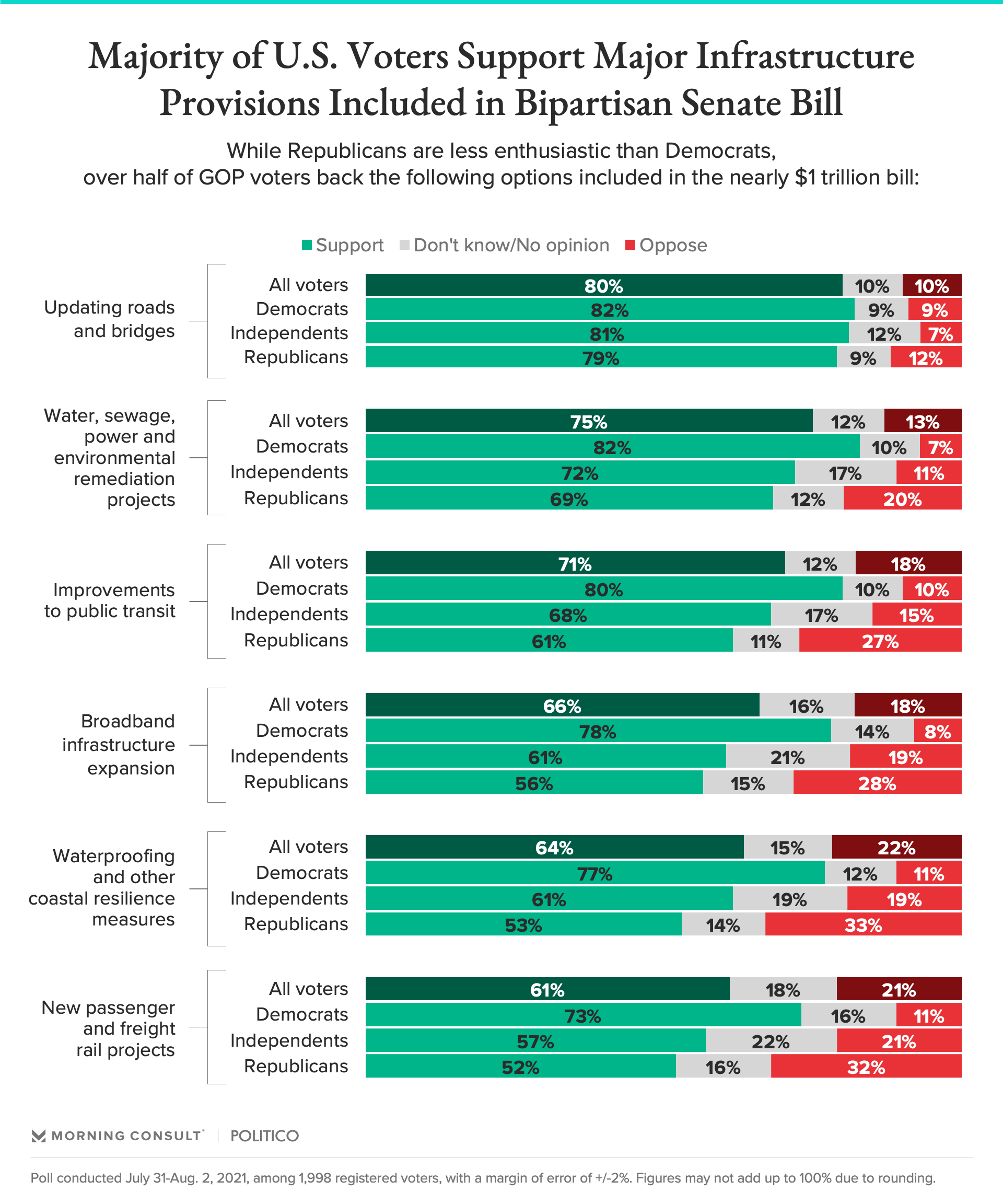 Other provisions saw a larger gap in support between voters of each party; most dramatically, 77 percent of Democrats backed waterproofing and other upgrades to coastal infrastructure to protect against severe weather events worsened by climate change, while 53 percent of Republicans said the same, a 24-point gap.

However, over half of GOP voters backed even the least popular provision surveyed (new passenger and freight rail projects), suggesting that even though President Joe Biden has made the infrastructure package his focus in recent months, the Republicans willing to collaborate with him could potentially win points with their voters for doing so.

Improvements to public transit, which became a sticking point during negotiations but ultimately received $39 billion in the latest version of the bill, saw support from 71 percent of voters.