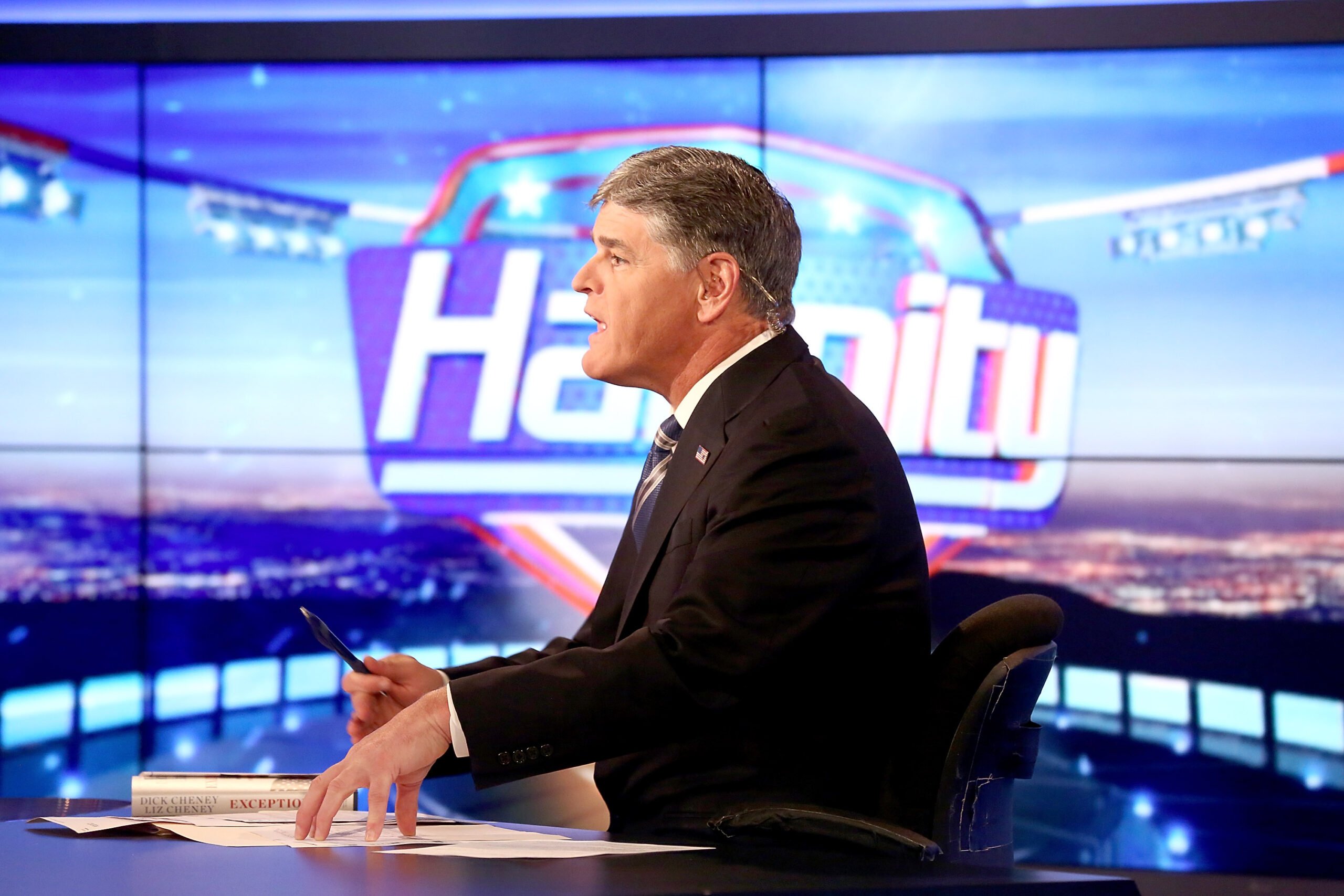 Sean Hannity, pictured on set at Fox News on Aug. 31, 2015, in New York City, recently said during his show that he believes in the “science of vaccination.” The share of Fox News viewers who said they probably or definitely won’t get vaccinated has fallen to 27%, an all-time low in Morning Consult tracking. (Paul Zimmerman/Getty Images)
By Gaby Galvin

In recent weeks, as the country faces another COVID-19 surge that threatens to stunt the pandemic recovery, some conservative media personalities have gone all in on vaccines.

Sean Hannity, one of the highest-profile Fox News hosts, told his audience he believes “in the science of vaccination.” Steve Doocy, co-host of the right-leaning Fox & Friends morning show, told viewers the shot “will save your life.” And Sarah Huckabee Sanders, who’s running for governor of Arkansas after a stint as a Fox News contributor and White House press secretary under former President Donald Trump, penned an op-ed last week encouraging people to consider getting the “Trump vaccine.”

It’s a marked shift in tone for Fox News, given the channel’s segments have repeatedly questioned the severity of the pandemic and raised doubts about the safety of COVID-19 vaccines. New Morning Consult polling suggests the change may be making an impression.

While overall vaccine skepticism has barely budged in months, reluctance fell to an all-time low this week among adults who watch Fox News: 27 percent of viewers now say they probably or definitely won’t get vaccinated, down from 30 percent the week before and a high of 37 percent in mid-March. 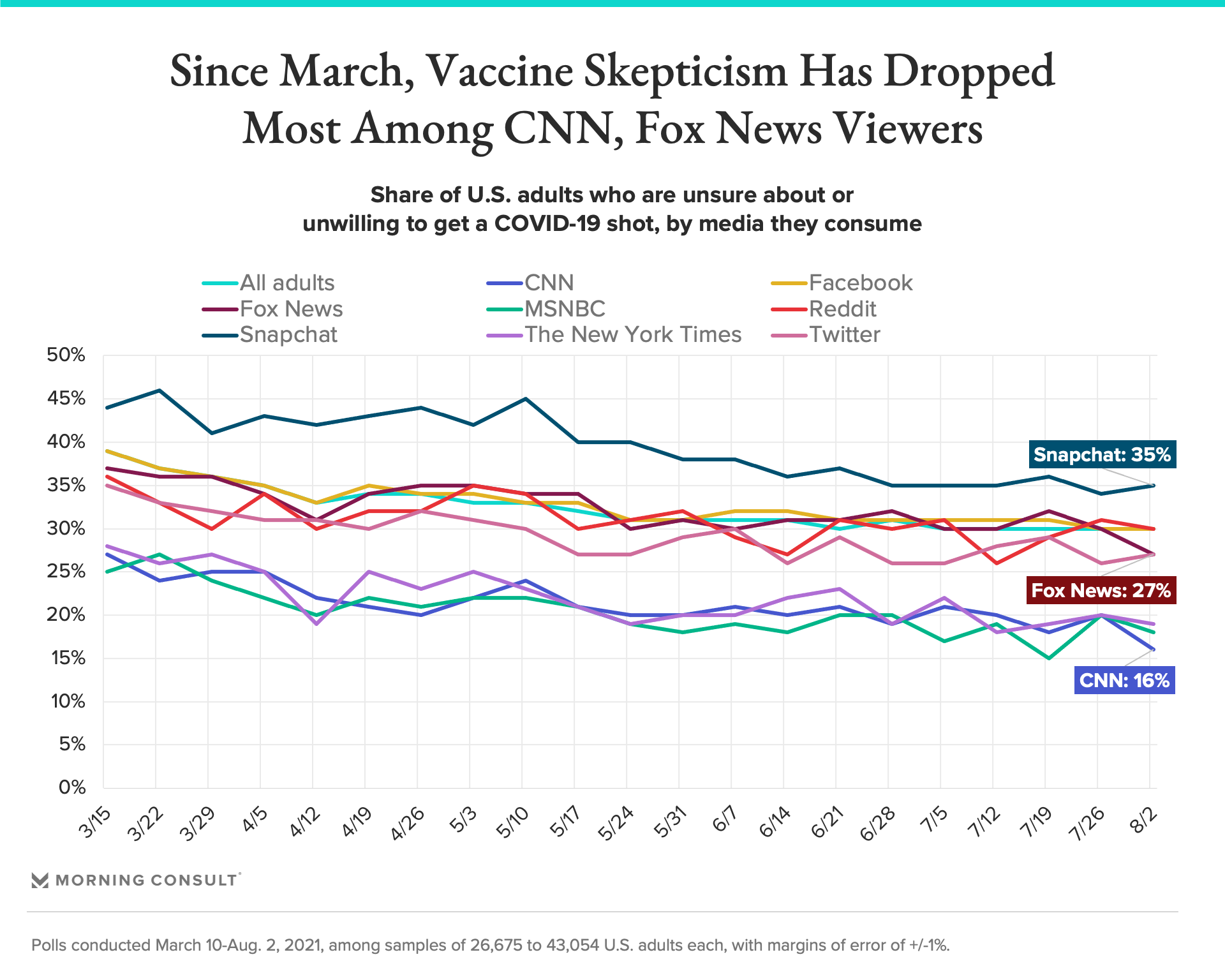 When it comes to people’s attitudes around vaccines, their media diet matters, and Fox News is far from the only influential platform. Among a group of 15 news channels, newspapers and social media platforms, Snapchat users are the most likely to say they don’t plan to get vaccinated, at 35 percent, followed by Instagram users, at 31 percent, and Reddit and Facebook users, each at 30 percent.

The White House has called on social media companies to take a firmer stance against misinformation about the shots on their platforms in recent weeks, with press secretary Jen Psaki describing those efforts Monday as an “ongoing battle.”

Conversely, people who watch CNN are the most likely to say they’ve already been vaccinated, at 75 percent.

Many Americans remain unconvinced about the vaccines. Overall, 19 percent of U.S. adults said they definitely won’t get a COVID-19 shot — a level that hasn’t fallen in weeks — while 11 percent said they aren’t sure if they will in the future.