4 in 5 Americans agreed that elite athletes should prioritize mental health, even if it means not competing 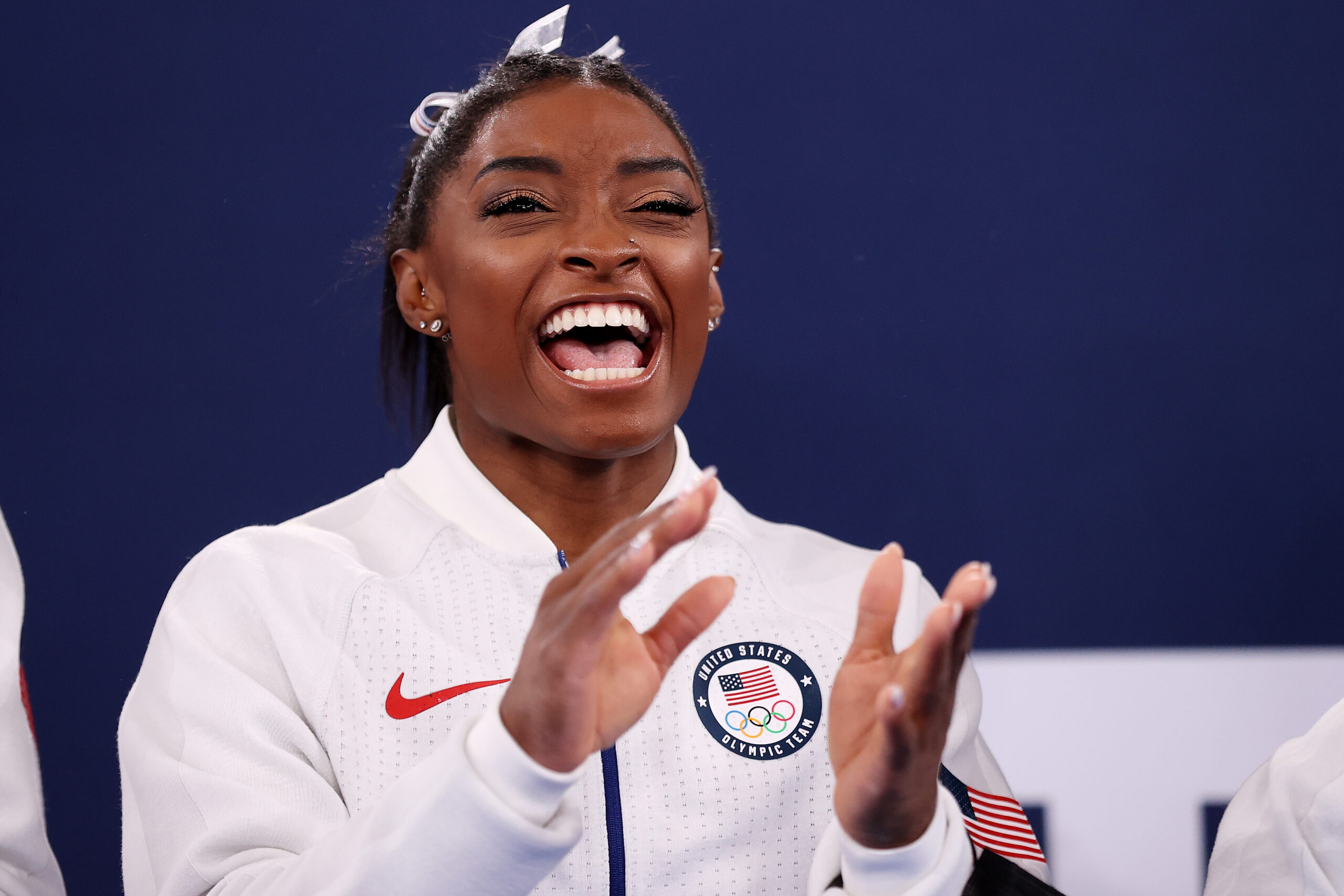 Simone Biles cheers on her teammates during the women's team final at the Tokyo Games on July 27. Eighty percent of U.S. adults said professional athletes should prioritize their mental health, even if it means not competing, according to new Morning Consult data. (Laurence Griffiths/Getty Images)
By Alex Silverman

The days of demanding that elite athletes “suck it up” or “tough it out” are over.

That appears to be the major takeaway from a survey conducted following U.S. gymnast Simone Biles’ decision to remove herself from most events at the Tokyo Olympics, citing concerns about her mental health and ability to safely perform her routines. 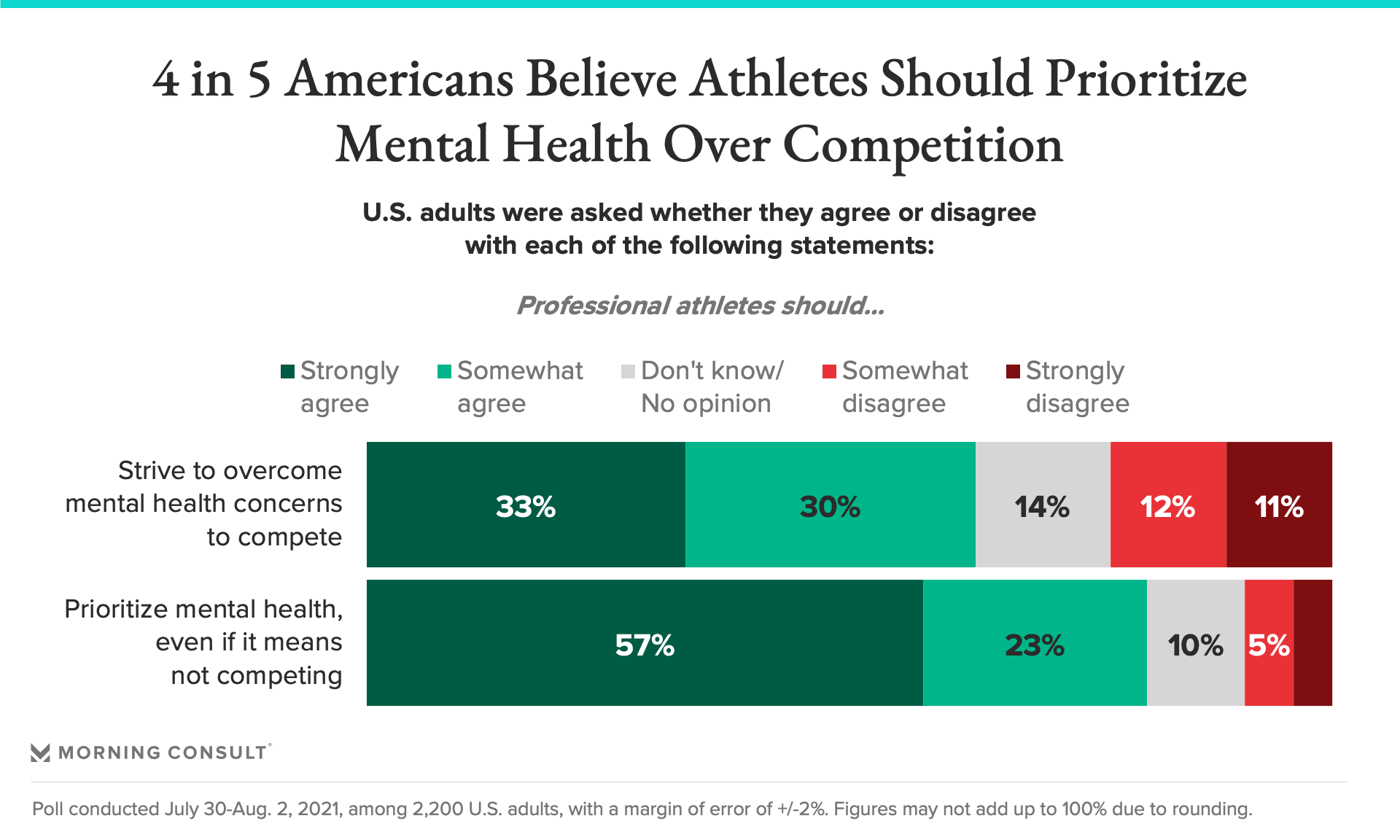 In a Morning Consult poll conducted after Biles withdrew from the women’s team and individual all-around competitions — but before her bronze medal performance on the balance beam Tuesday — 80 percent of U.S. adults said professional athletes should prioritize their mental health, even if it means not competing. Just 9 percent of respondents disagreed with that notion. 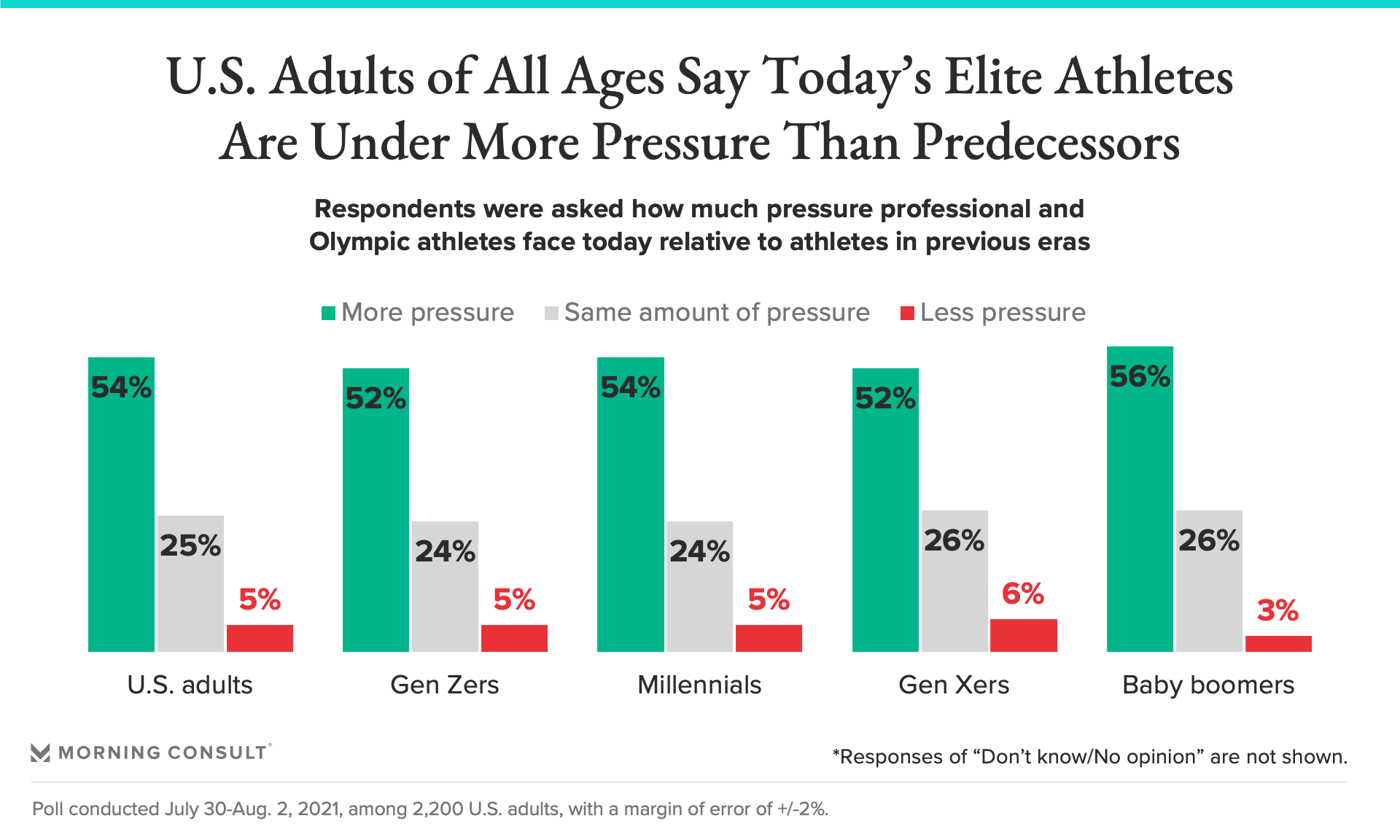 More than half of the 2,200 U.S. adults surveyed July 30-Aug. 2 said they believe professional and Olympic athletes today are under more pressure than their predecessors, while just 5 percent said they are under less pressure. Older and younger Americans agreed at similar rates that the spotlight on today’s athletes is brighter than the one that shined on previous generations of competitors.

In addition to performing in packed venues (during non-pandemic times) like the athletes who came before them, modern athletes are subject to the scrutiny of a 24-hour news cycle and millions on social media. The financial incentives to succeed today are also exponentially greater, adding to the weight on athletes’ shoulders. 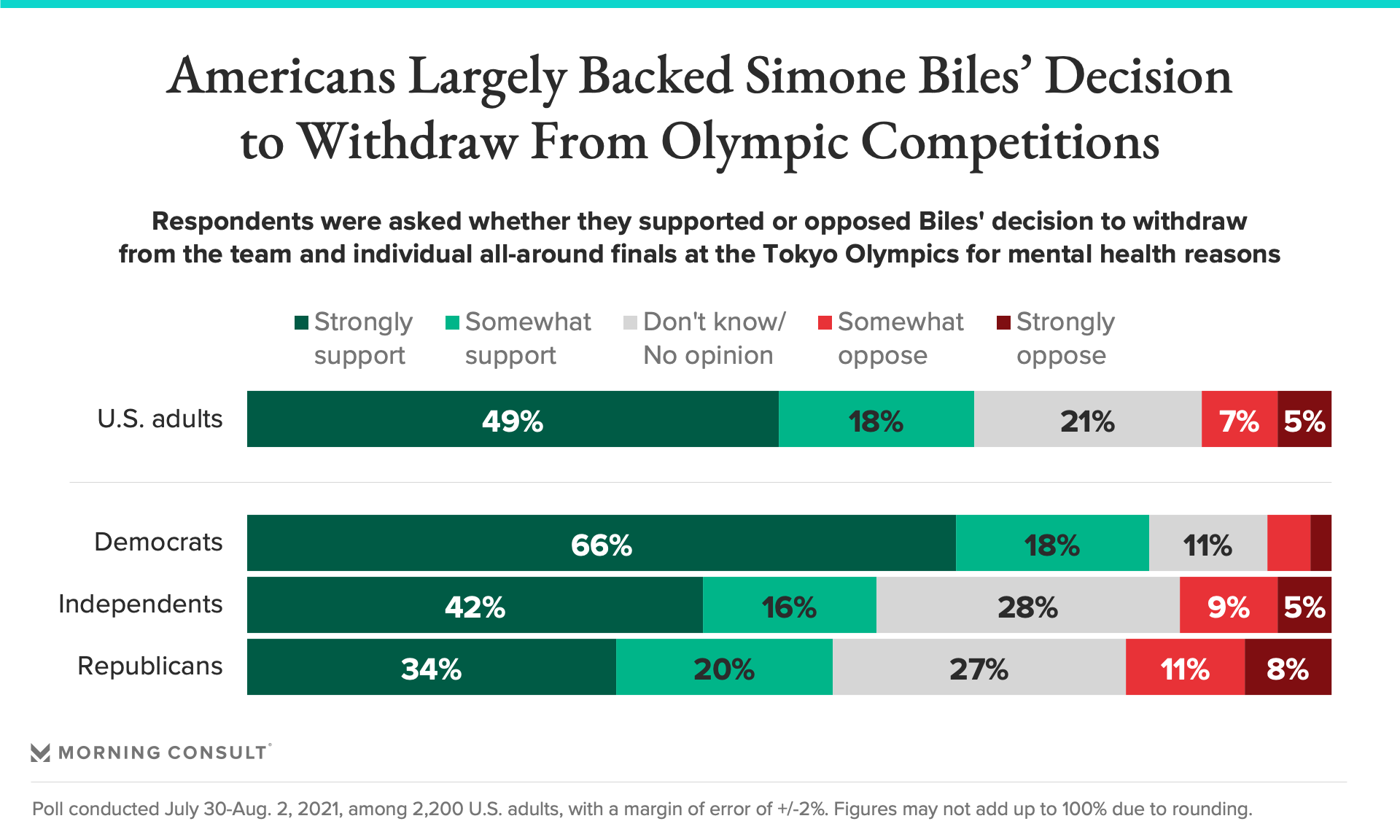 Respondents also overwhelmingly supported Biles stepping away from the team and individual all-around competitions based on mental health concerns. Two in 3 U.S. adults said they backed Biles’ decision, more than five times the share of respondents who said they opposed her course of action.

Democrats were particularly supportive of Biles, with 84 percent saying they backed her withdrawals, compared to 58 percent of independents and 54 percent of Republicans.

Related: Simone Biles Emerges as One of America’s Favorite Sports Figures Ahead of Tokyo Olympics

Black Americans supported Biles, who is Black, at a particularly high rate (78 percent) relative to Hispanics (66 percent), whites (65 percent) and adults of other ethnicities (66 percent). Despite her opting not to compete, the majority of Americans still hold Biles in high regard.

Asked how well a variety of descriptors applied to Biles, about 2 in 3 U.S. adults characterized her as “strong,” a “winner,” “brave,” “inspiring” or “admirable.” By comparison, fewer than 15 percent of respondents said Biles was “embarrassing,” “weak,” “cowardly” or a “loser.”

While it’s unclear whether the public would extend the same grace to another athlete without Biles’ pedigree of success, these results, coupled with similar findings in a recent survey about tennis player Naomi Osaka’s refusal to speak to the media following her matches based on mental health concerns, suggests that Americans are sympathetic to the pressures elite athletes in the modern era face and believe athletes should prioritize their mental well-being over competitive success or professional obligations.

Related: The IOC Loosened Its Policy on Olympic Athlete Protests. Polling From 5 Countries Suggests They Got It Right
Mental Health Care Olympics