Platforms grapple with data security and standardization while looking beyond pandemic 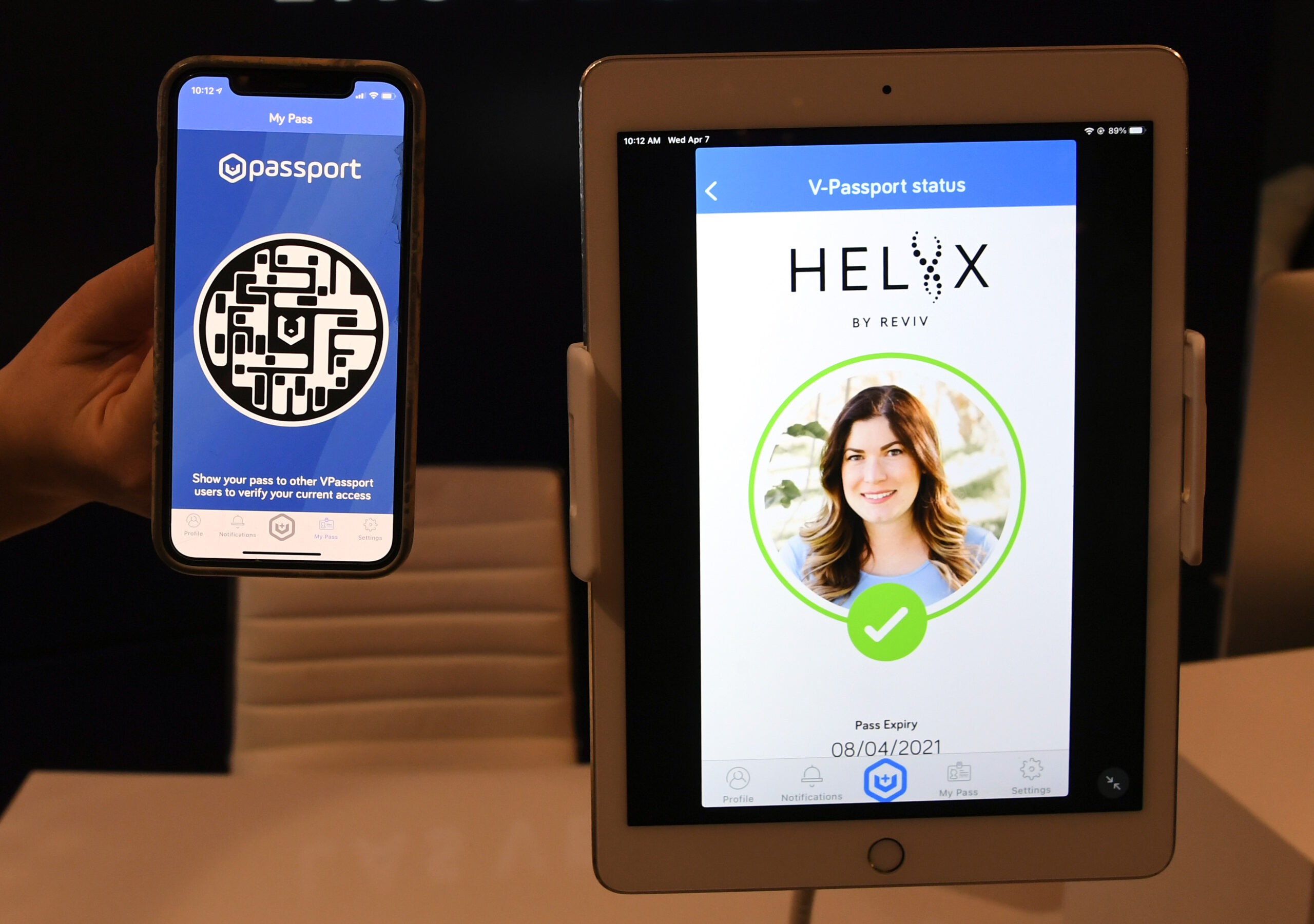 REVIV USA West Coast Operations Manager Kari Armamento uses a cellphone and an iPad to demonstrate the HELIIX Health Passport at REVIV at The Cosmopolitan of Las Vegas on April 7, 2021, in Las Vegas, Nev. (Ethan Miller/Getty Images)
By Gaby Galvin

As a rising number of businesses and government agencies implement COVID-19 vaccination mandates, a slew of apps have popped up to allow people to verify their status – and some see an opportunity to make inroads in digital health beyond the pandemic.

More than a dozen major businesses, including Walmart Inc., Tyson Foods Inc. and United Airlines Holdings Inc., have announced employee vaccine requirements in recent days, and federal health officials say these mandates could become more common once the shots have full regulatory approval. The companies offering digital vaccine verification are now walking a fine line between promoting their tools and falling into the heavily politicized debate over so-called vaccine passports.

At the same time, they’re grappling with concerns around health data privacy and navigating the complex web of data systems used to verify people’s immunization records amid a thriving black market for fraudulent vaccine cards.

“The last two weeks, it’s been a sea change,” said Paul Meyer, co-founder and chief executive of The Commons Project, a nonprofit that worked with the Mayo Clinic, Cigna Corp., Apple Inc., Microsoft Corp., the federally funded research group MITRE Corp. and others to develop a framework for digital vaccine records that they hope becomes the national standard.

Related: COVID-19 Accelerated Use of Digital Therapeutics, but Coverage Issues and Regulatory Questions Could Slow Their Momentum

The group’s SMART Health Card framework, which pulls patients’ vaccine information from medical records and state immunization registries, is now being used by California, Louisiana and New York, as well as pharmacies like Walmart and CVS Health Corp. and electronic health record vendor Cerner Corp. Meyer said there are “many more that are now working on it and coming on board.”

Even before the pandemic, The Commons Project was developing an app to allow people to easily share their health records with new doctors or during telehealth visits. COVID-19 created a “whole new reason why people need their health data,” Meyer said, and going forward, he envisions that the vaccine framework will be general enough that consumers can use it to verify other routine immunizations — with children’s schools and camps, for example — or even digital prescriptions.

Meanwhile, Change Healthcare Inc., a health tech company that’s also involved with the framework, is seeing increased interest in vaccine credentials from health care providers because of the possibility that COVID-19 booster shots will be recommended, said Gautam “G” Shah, who’s leading Change’s efforts on its vaccine record tool as its vice president of platform and marketplace.

“How do I know that you had the Janssen versus the Moderna? Because that makes a difference in what your booster is going to look like,” Shah said. “There’s a safety aspect to it.”

There are other vaccine verification tools out there from companies newer to the health care space. Clear Secure Inc., which has a mobile app that links to vaccine providers and national pharmacies, and Airside Mobile Inc., which allows users to upload photos of their Centers for Disease Control and Prevention-issued vaccine cards to its digital health pass, are known as airport security apps, for example.

“I suspect that over time, as our core business of validating your identity and sharing it grows, this aspect of your identity is something else that will go along with it,” Airside CEO Amena Ali said. “Our focus is to make it convenient and simple and private for people to track their vaccination information.”

Ali acknowledged her tool’s reliance on CDC cards could make verification difficult for employers or businesses, but said it’s “no different whether you’re pulling out a piece of paper from your pocket or you’re showing something on an app.”

Part of the challenge is that the apps weren’t widely available when the vaccine drive ramped up this spring, and the paper cards don’t have scannable codes or another way to confirm their legitimacy. But as booster shots become available, these companies say it’ll be easier to link to official vaccination data because their own apps are already up and running.

They’re also aiming to stay above the political fray surrounding vaccine mandates and verification. As of late July, 14 states, 13 of which have Republican governors, have prohibited vaccine passports, according to the National Academy for State Health Policy, while others have implemented similar bans on employers and schools. 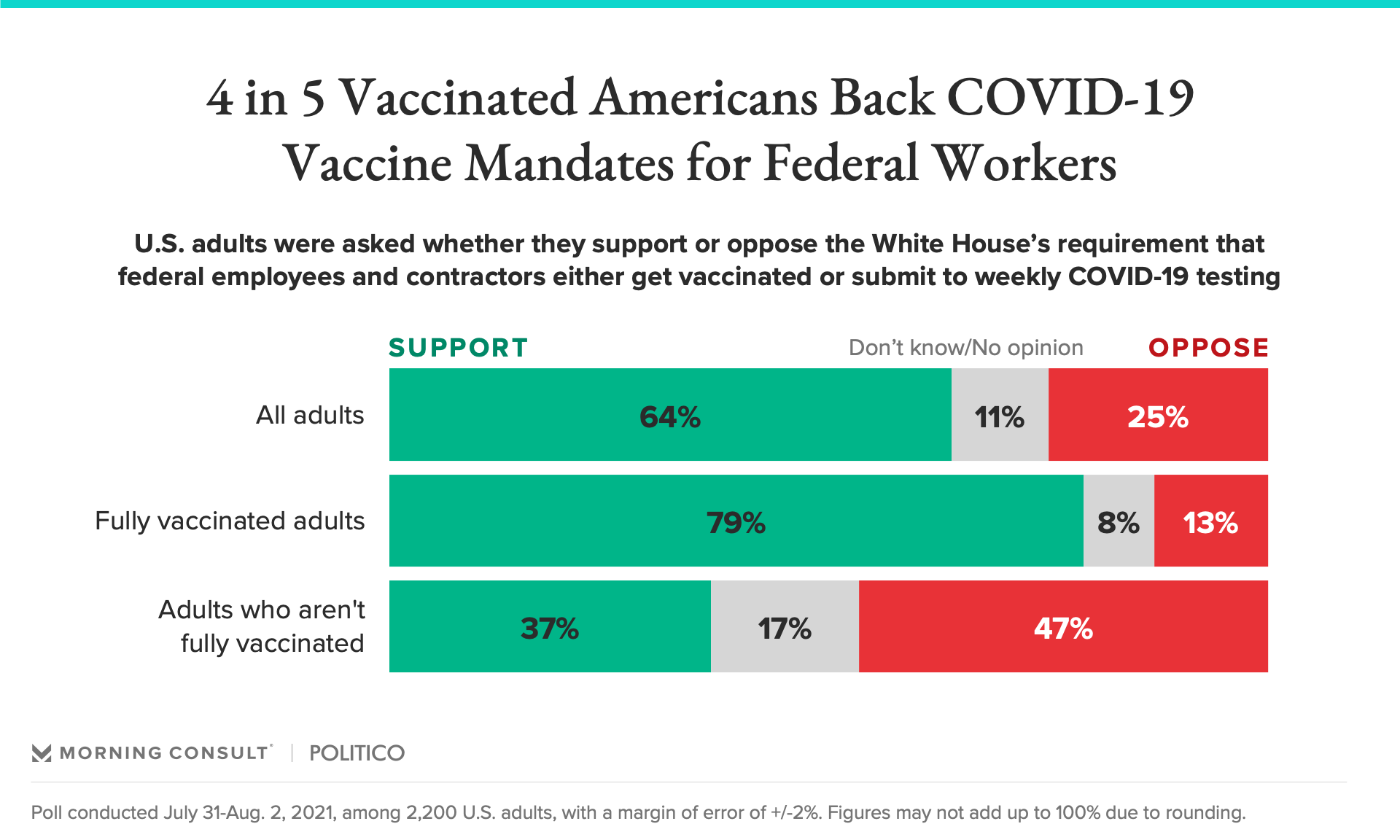 Notably, these companies are largely branding their tools as “health passes” rather than vaccine passports. And they’re positioning them as a way for patients to securely access their health data rather than an enforcement mechanism for businesses, schools or government agencies.

“We’re not here to determine policy or have any view on policy,” said Catesby Perrin, executive vice president of growth at Clear, which makes the digital pass Hawaii uses for tourists to verify a vaccination or negative COVID-19 test. “What we’re focused on is the individual’s control over their data.”

If the rollout of digital vaccine certificates goes smoothly, they’ll also present an opportunity for these companies to expand their health tech ambitions beyond the pandemic.

Clear, for example, listed health care as a key expansion area when it went public this year, with an expected focus on patient check-in services, digital medical records and telehealth for “thousands of hospitals and doctors’ offices nationwide,” according to its public filing documents.

“We hope and don’t intend for COVID to be a business in any respect,” Perrin said. But the company sees “any place we can make more secure and reduce friction as a place where we can play a role. And I think health care is an area that is full of friction.”