About half of U.S. adults have heard at least something about the U.N. report and its conclusions 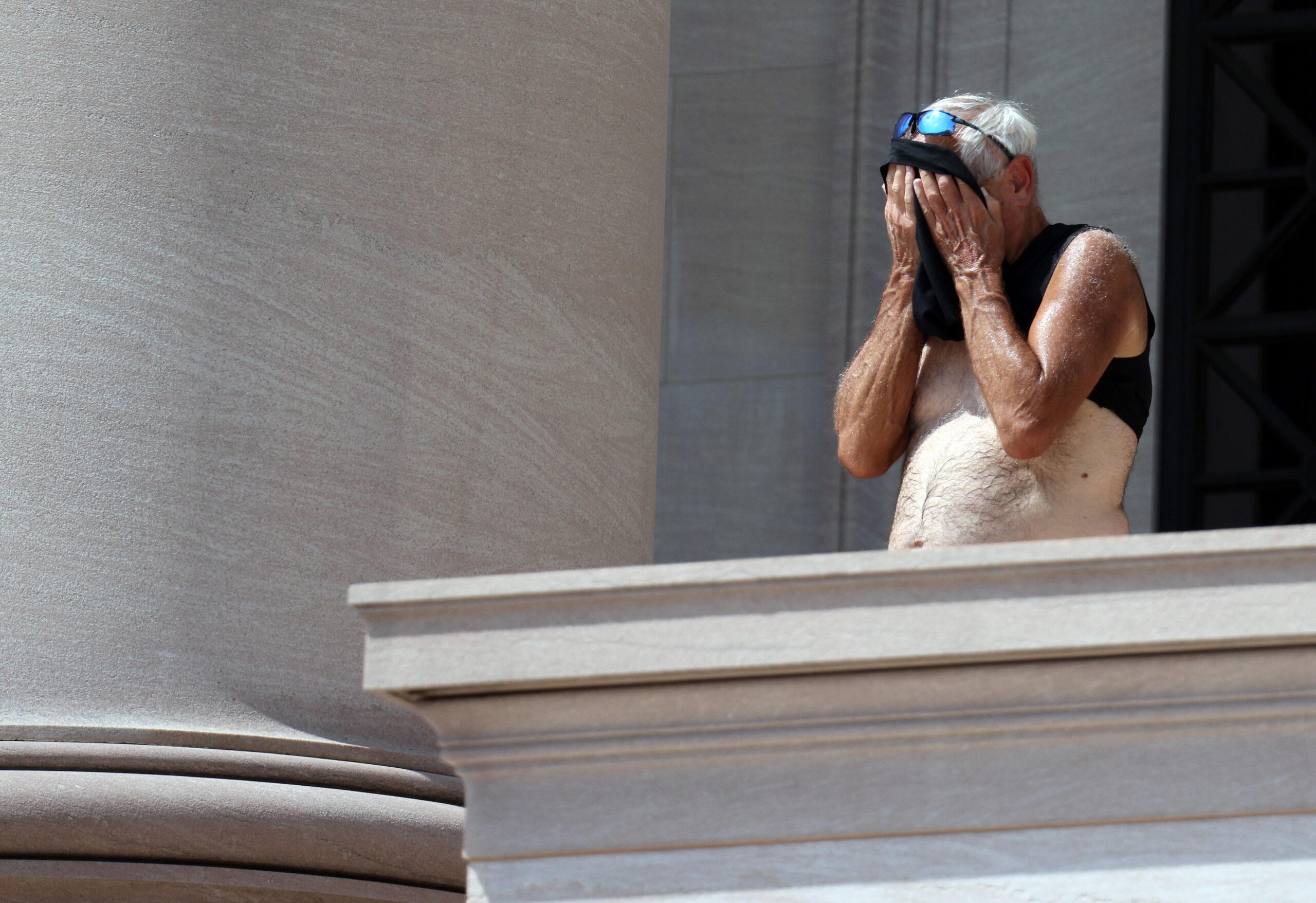 A person wipes sweat from their face on the National Mall as temperatures reached 97 degrees Fahrenheit on Aug. 12, 2021, in Washington, D.C. A Morning Consult poll found that 13 percent of U.S. adults said they had seen, read or heard “a lot” about the United Nations Intergovernmental Panel on Climate Change report and its findings. (Kevin Dietsch/Getty Images)
By Lisa Martine Jenkins

In the aftermath of the United Nations’ Intergovernmental Panel on Climate Change report released last week, its grim conclusions are on the radar of roughly half the public, an Aug. 11-15 survey from Morning Consult found.

Thirteen percent of U.S. adults said they had seen, read or heard “a lot” about the report and its findings — including that climate change is worsening, there is limited time to avoid future crisis-level climate impacts and that the world will need to take immediate action to reduce emissions — and 36 percent reporting hearing “some.” A quarter of adults said they heard “not much” about the report and an equal share said they had heard “nothing at all.” 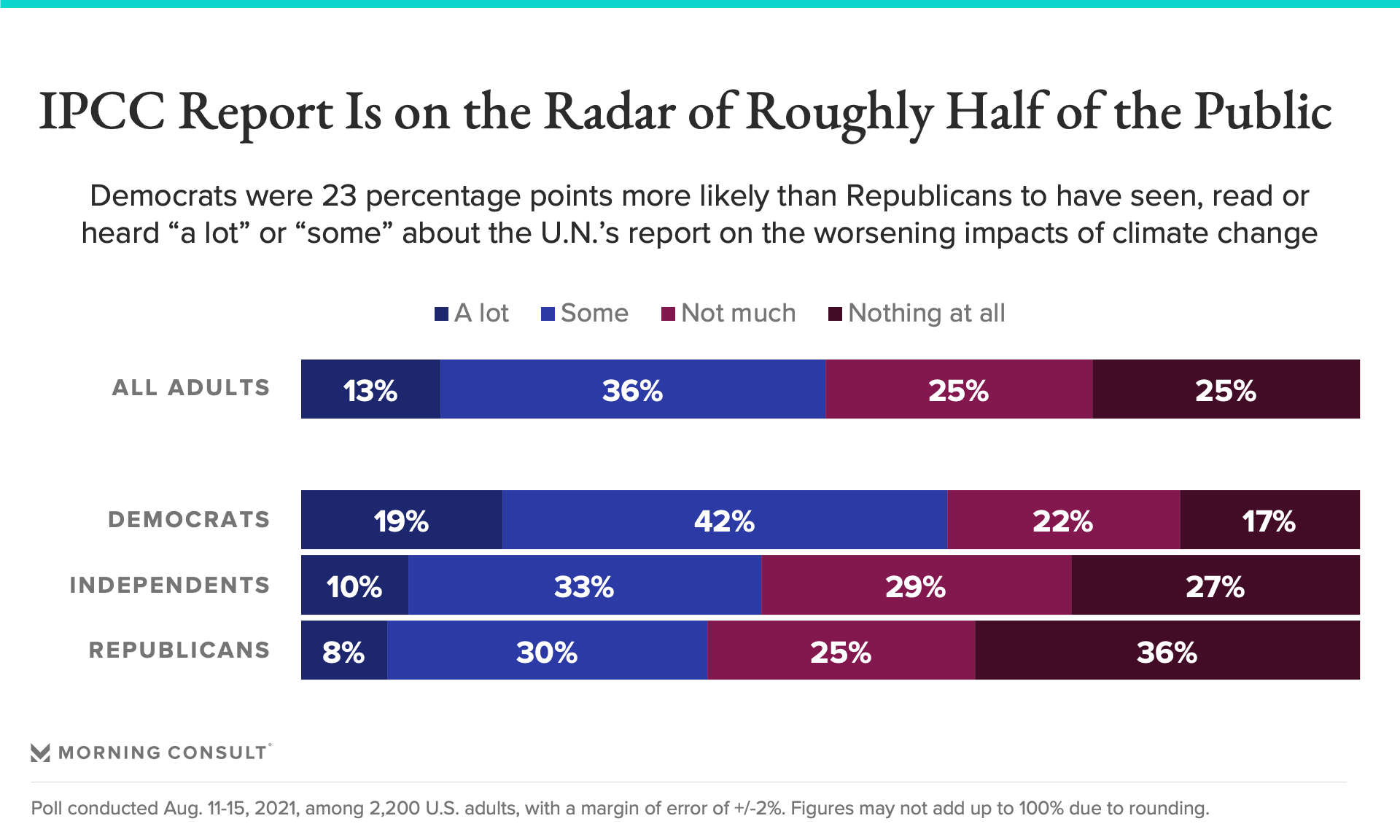 At 19 percent, Democrats were more than twice as likely as Republicans (8 percent) to have heard a lot about the report. The progressive research and information watchdog Media Matters for America found that almost all major television networks devoted significant coverage to the IPCC report on Aug. 9, the day of its release. Fox News, a favorite of Republicans, was the exception.

Broadly, those who have heard at least something about the report are worried (60 percent) and frustrated (56 percent) about its findings, though not particularly surprised (29 percent said “surprised” describes their response well), suggesting the rash of bad news on climate change has penetrated public opinion even before the seminal report’s release. 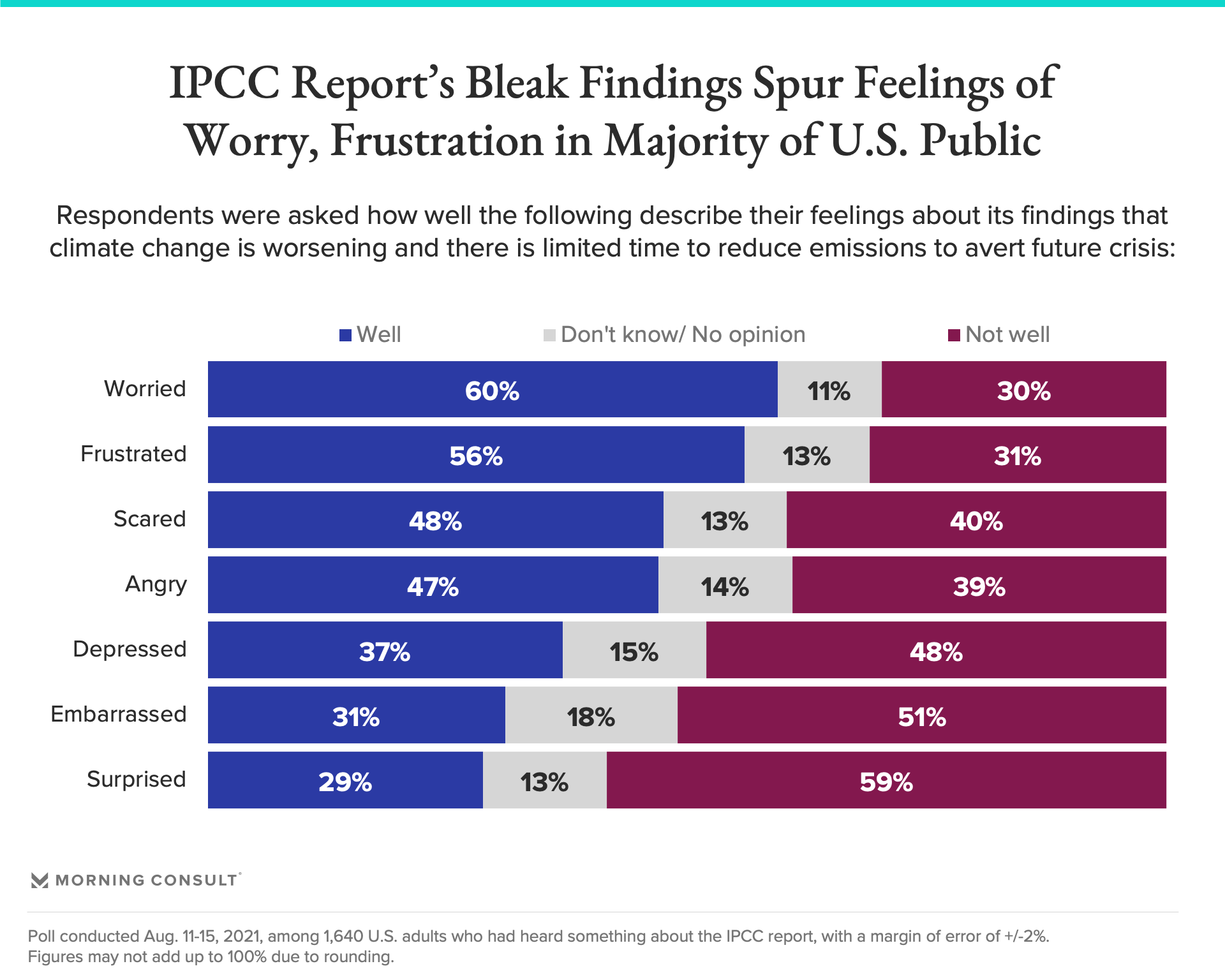 This overall sense of malaise was reflected in responses to whether the United States and the global community will reduce emissions and slow the impacts of climate change in the coming decade. Just 11 percent of adults are “very confident” in the U.S. efforts and 8 percent said the same of the global community.

About 2 in 5 adults said they have little or no confidence in either group. 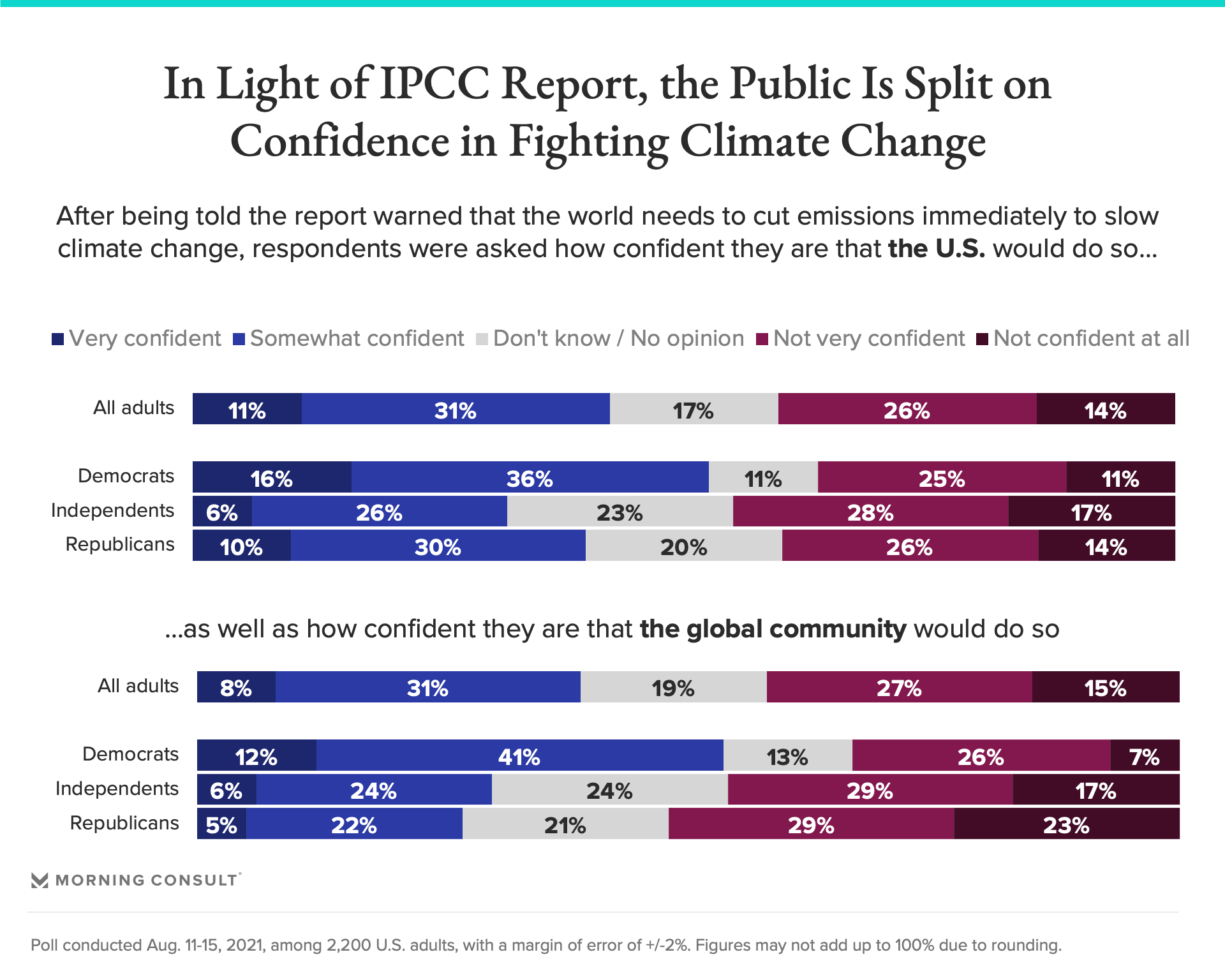 The latest data also found a small uptick in the share of adults who say they are “very concerned” about climate change since the IPCC report’s release, increasing to 45 percent after hovering between 38 and 42 percent all summer.

The share of those who said they are concerned about the impact of natural disasters on their communities remained relatively steady at 40 percent, compared with its previous range of 32-39 percent.

Related: Summer of Disaster Has Barely Moved the Needle on U.S. Climate Concern
Correction: The first and third charts in this story initially mislabeled the sample of “all adults” as “all voters.”
Climate Change Natural Disasters Oil and Gas