The Financial Goals of Underbanked and Unbanked Americans 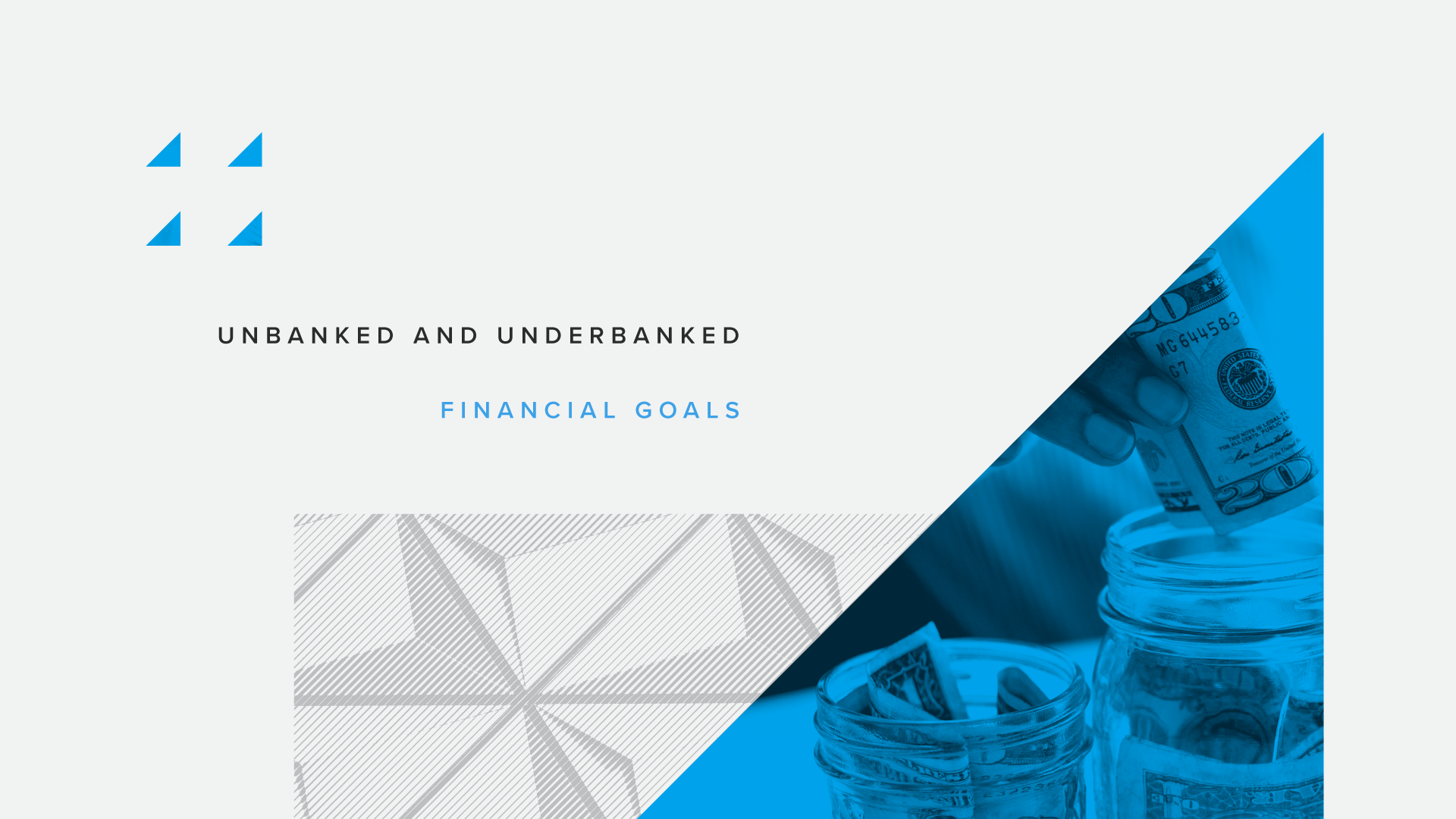 This analyst note is part of a new series exploring unbanked and underbanked Americans, two groups that are difficult to identify but have been at the forefront of financial services leaders’ minds as they seek to better serve consumers and compete with fintechs. Read the other stories in the series, including how the two groups’ demographic profiless differ and why these populations aren’t banked.

Underbanked and unbanked individuals are often studied together, but new analysis shows just how distinct the groups’ financial goals and usage of alternative financial services are — important information for financial services leaders seeking to serve these communities. 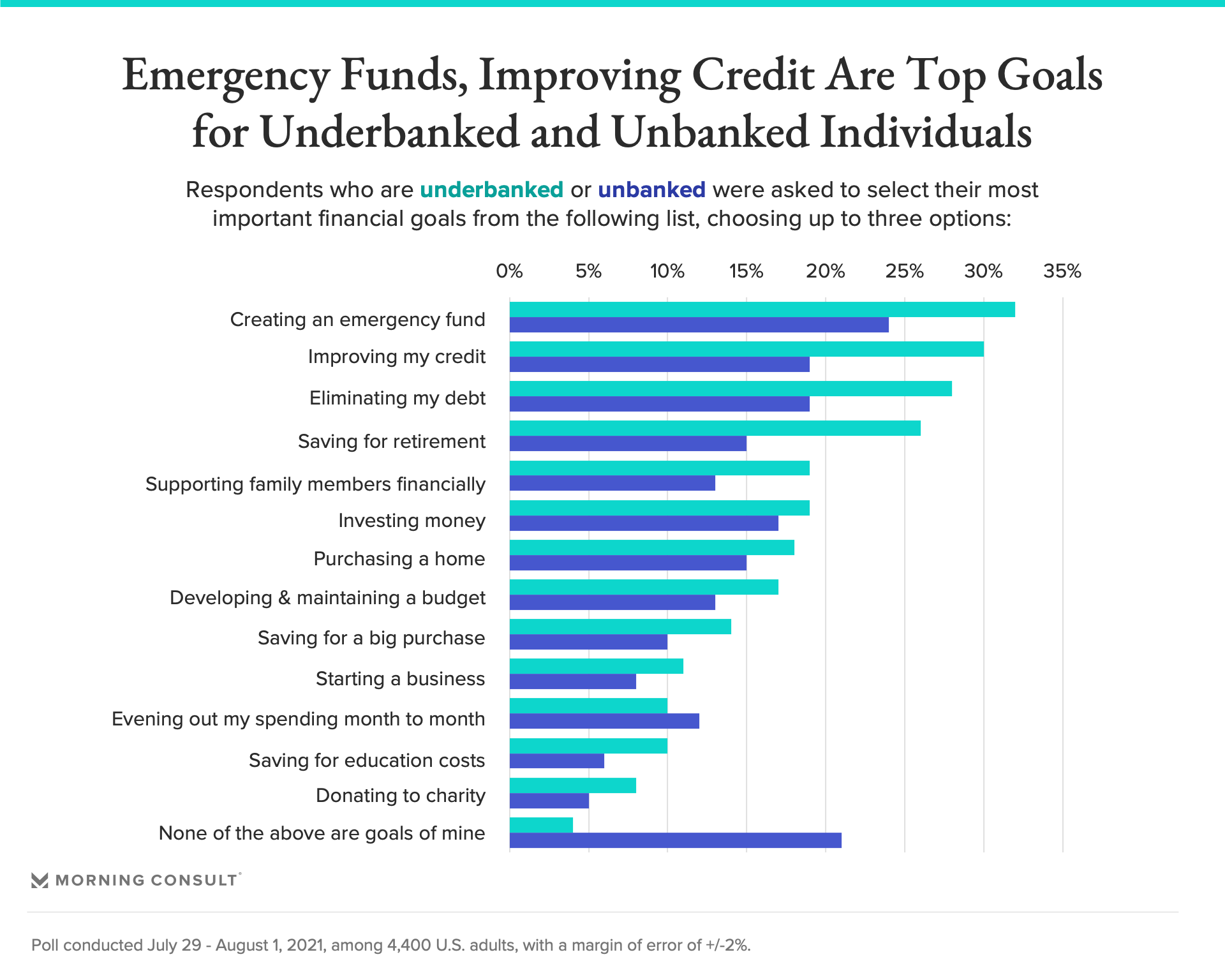 What’s driving this: Many unbanked adults report feeling disenfranchised (only 38% of unbanked adults believe banks are interested in having them as a customer) or are less involved in decision making (roughly 3 in 4 unbanked adults say they participate a lot or some in their household’s financial decisions, compared to 96 percent of underbanked adults that say the same).

Both groups, however, report struggling with the goals that are important to them, such as creating an emergency fund, developing a budget, improving their credit and eliminating debt. 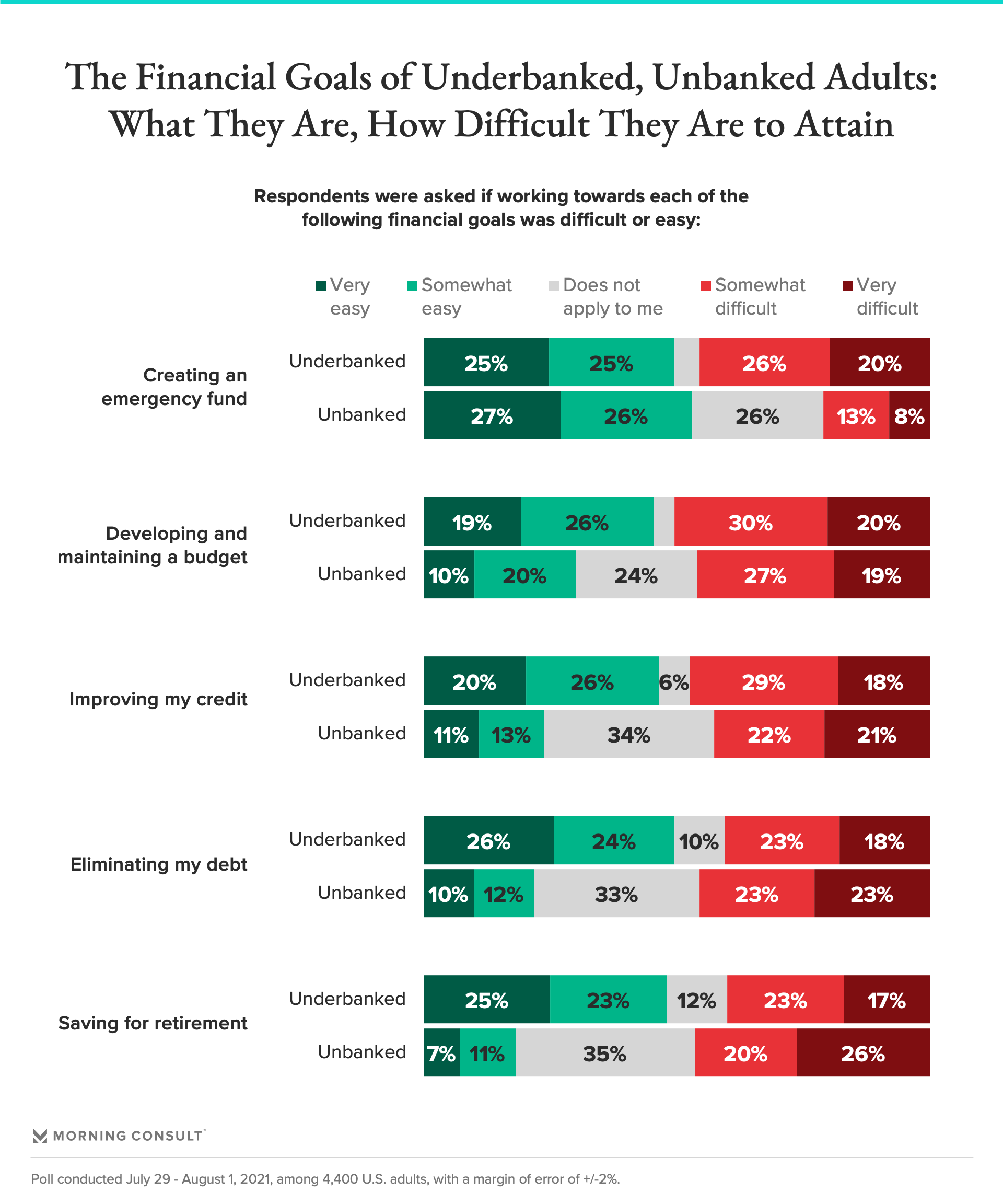 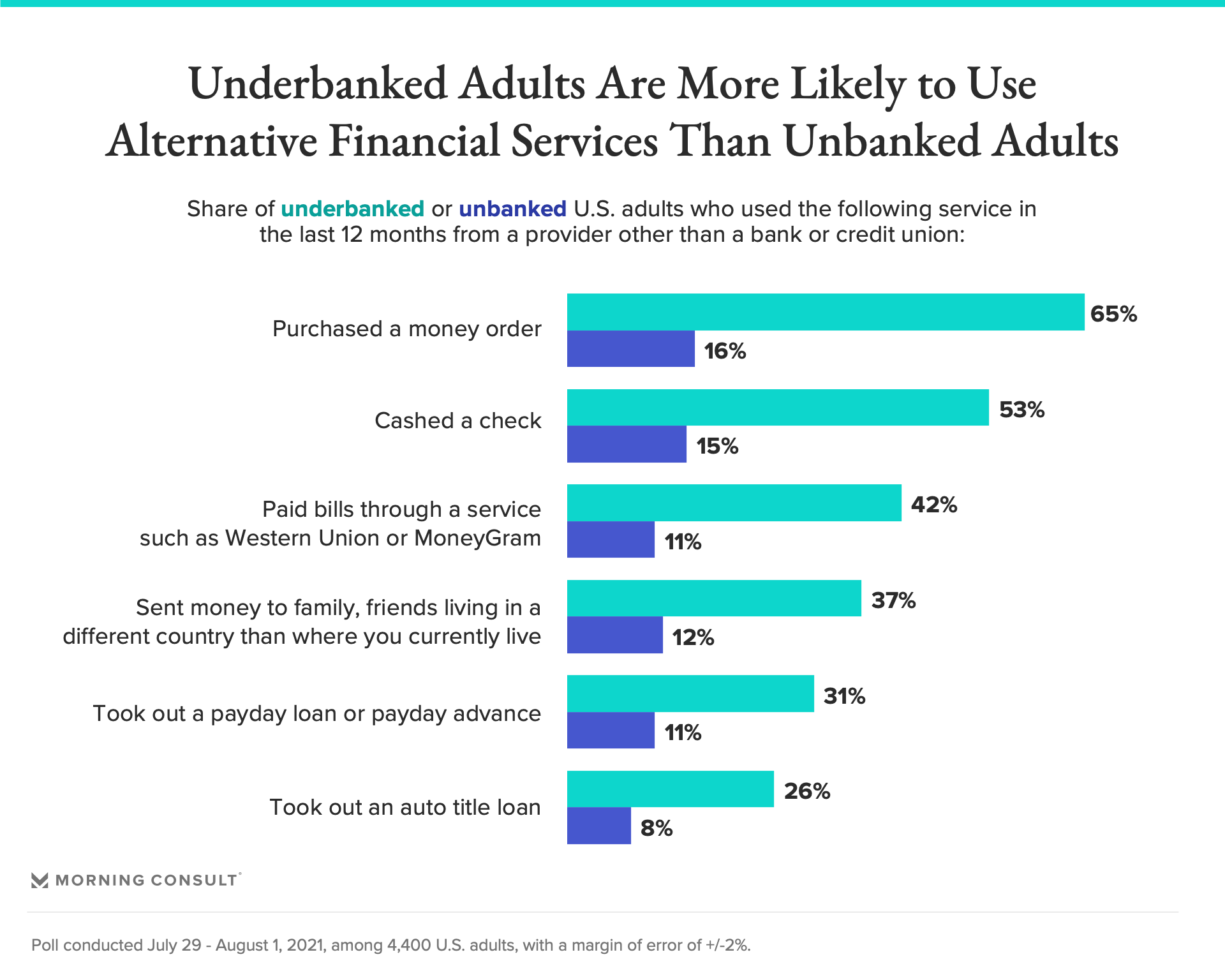 However, underbanked adults are more likely to use alternative financial services to attempt to manage their finances and achieve goals. Roughly two-thirds of underbanked adults report purchasing a money order in the past 12 months, and just over half (53 percent) report cashing a check using a provider other than a bank or credit union, compared to 16 percent and 15 percent, respectively, for unbanked adults.

This openness to using financial services in general is another reason why underbanked adults represent the stronger opportunity for fintechs and banks to serve them.