Despite Long-Held Concerns About Commercialization, Fans Are Happy With the Direction of College Sports

Just 16% of sports fans expect their interest in college football to wane as a result of new policies allowing players to monetize their names, images and likenesses 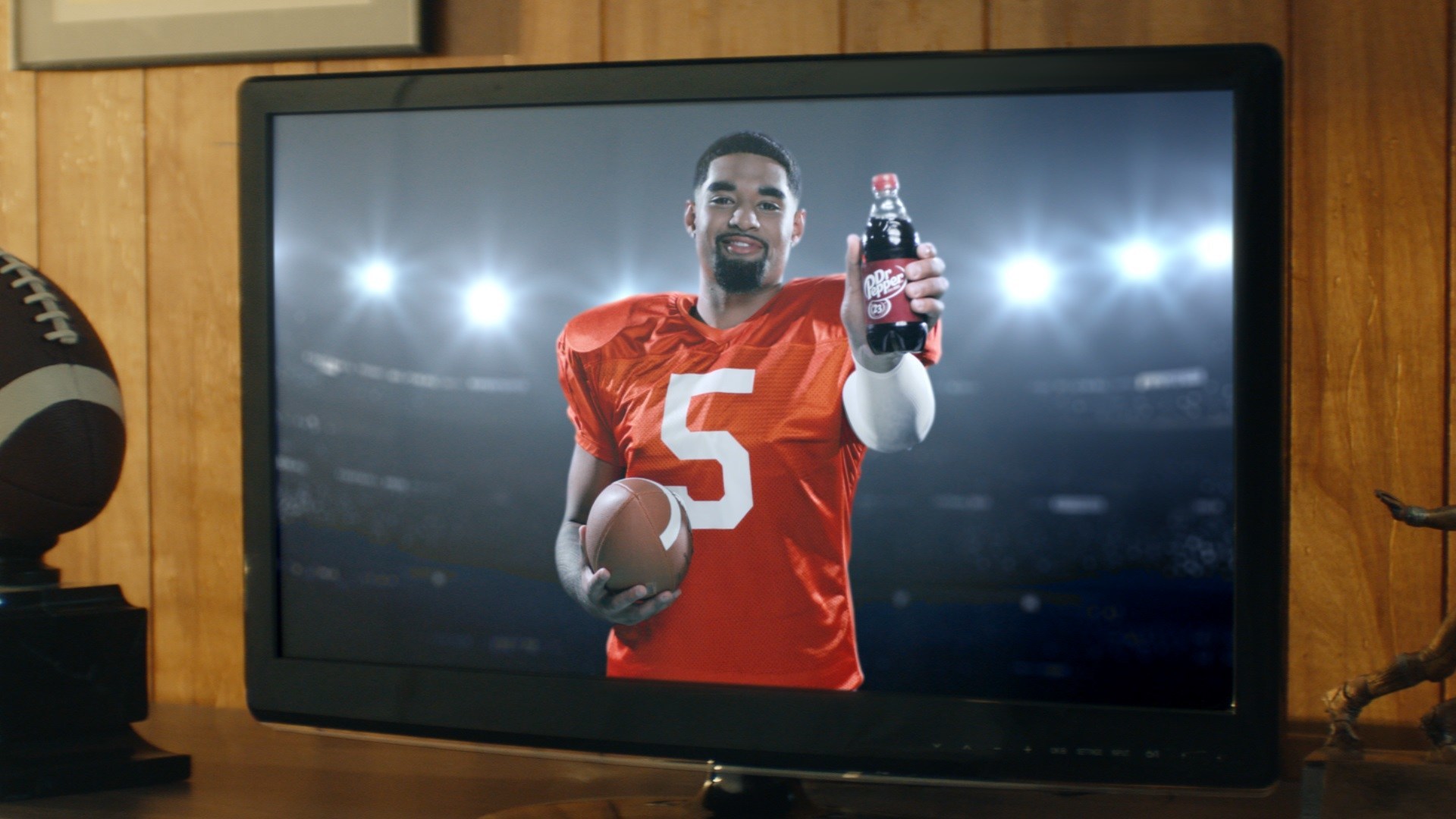 Clemson Tigers quarterback DJ Uiagalelei poses as part of Dr Pepper's first marketing partnership with a collegiate athlete. Thirty-one percent of sports fans said new policies allowing athletes to profit from the use of their names, images and likenesses would positively impact their interest. (Courtesy of Keurig Dr Pepper)
By Alex Silverman

College athletic administrators have long expressed concern that the perceived commercialization of college sports could turn fans off, but polling conducted ahead of the 2021 college football season indicates the opposite is true. 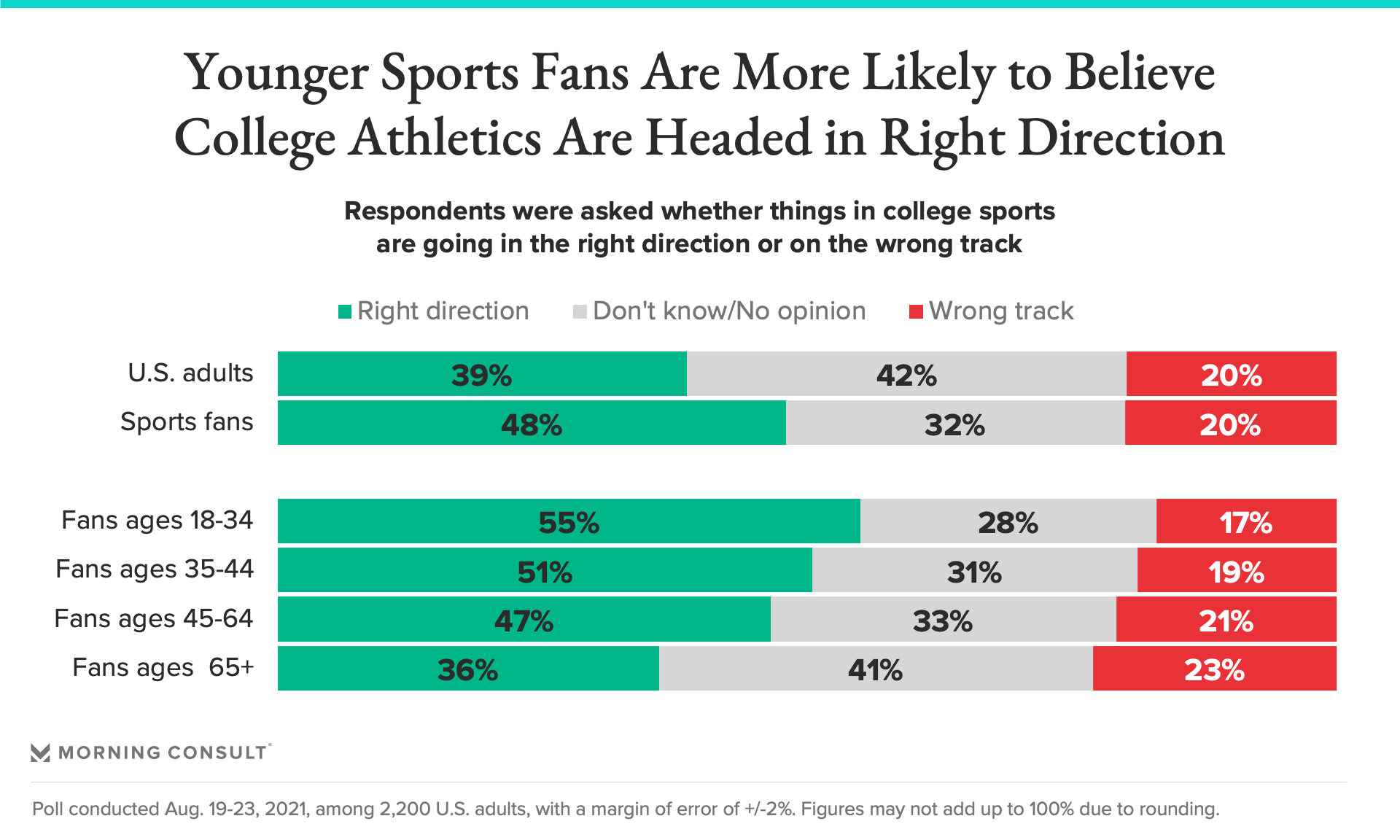 The 2021 college football season, which begins Saturday, will be the first since student athletes gained the right to monetize their names, images and likenesses. It also comes with the sport seemingly on the verge of more revenue-driven conference realignment.

In efforts to preserve the NCAA’s long-standing model of amateurism, administrators have argued that student athletes receiving financial benefits beyond an academic scholarship could negatively impact the public’s interest in college sports. According to the survey, however, only a small share of U.S. sports fans anticipates their interest in college football waning as a result of players being allowed to profit. 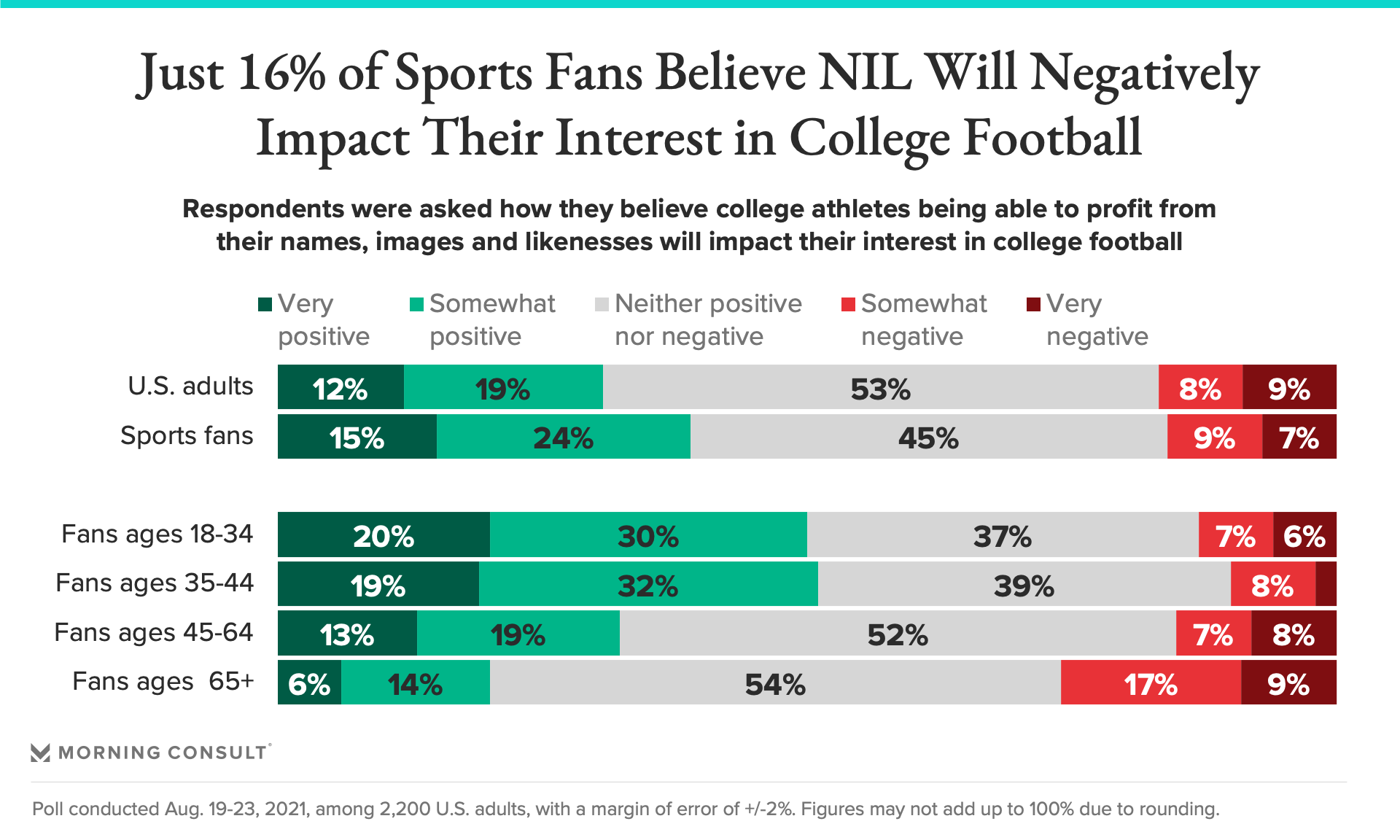 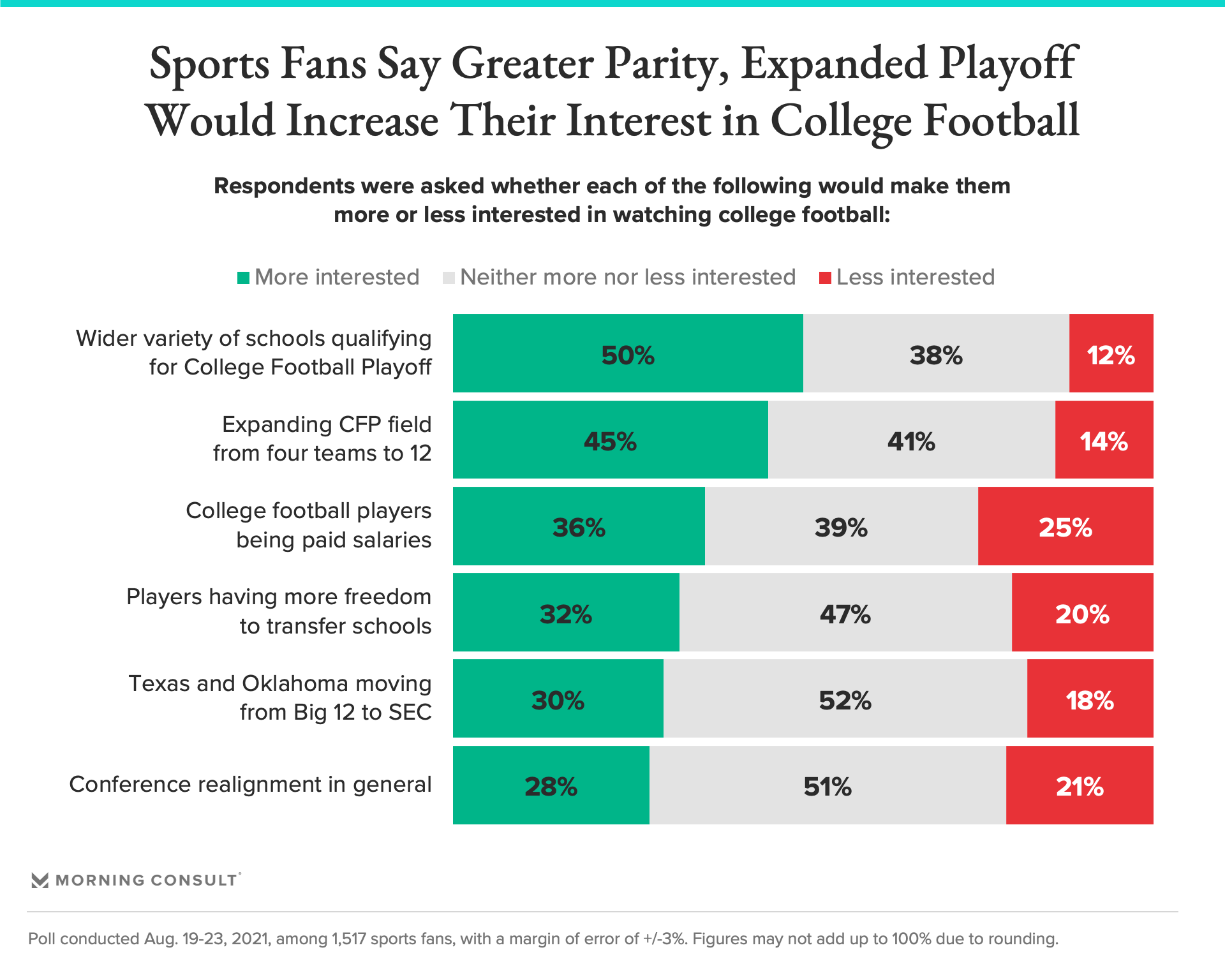 Fans were also asked about how a variety of other potential changes to the college football landscape might impact their interest in the sport. None of those developments, ranging from conference realignment to salaries for athletes, appear likely to alienate a large share of sports fans.

The most popular possible change involved greater parity in a sport that has been dominated by a handful of blue-blood programs such as Alabama, Clemson and Ohio State since the inception of the College Football Playoff in 2014. Half of sports fans said they would be more interested in college football if a wider variety of schools had a chance to qualify for the CFP as it is currently constituted.

In addition, 45 percent of sports fans said they’d be more interested if the postseason field is expanded from four teams to 12, a proposal that is under consideration by the NCAA — but that the ACC, Big Ten and Pac-12 are reportedly intent on delaying until the expiration of ESPN’s TV rights deal for the event in 2026.

Conference realignment proved to be the most polarizing potential shift, with 28 percent of fans saying schools moving between leagues would increase their interest in the sport and 21 percent saying it would decrease it.