23% of adults say they would ride in a self-driving car, up 4 points from three years ago 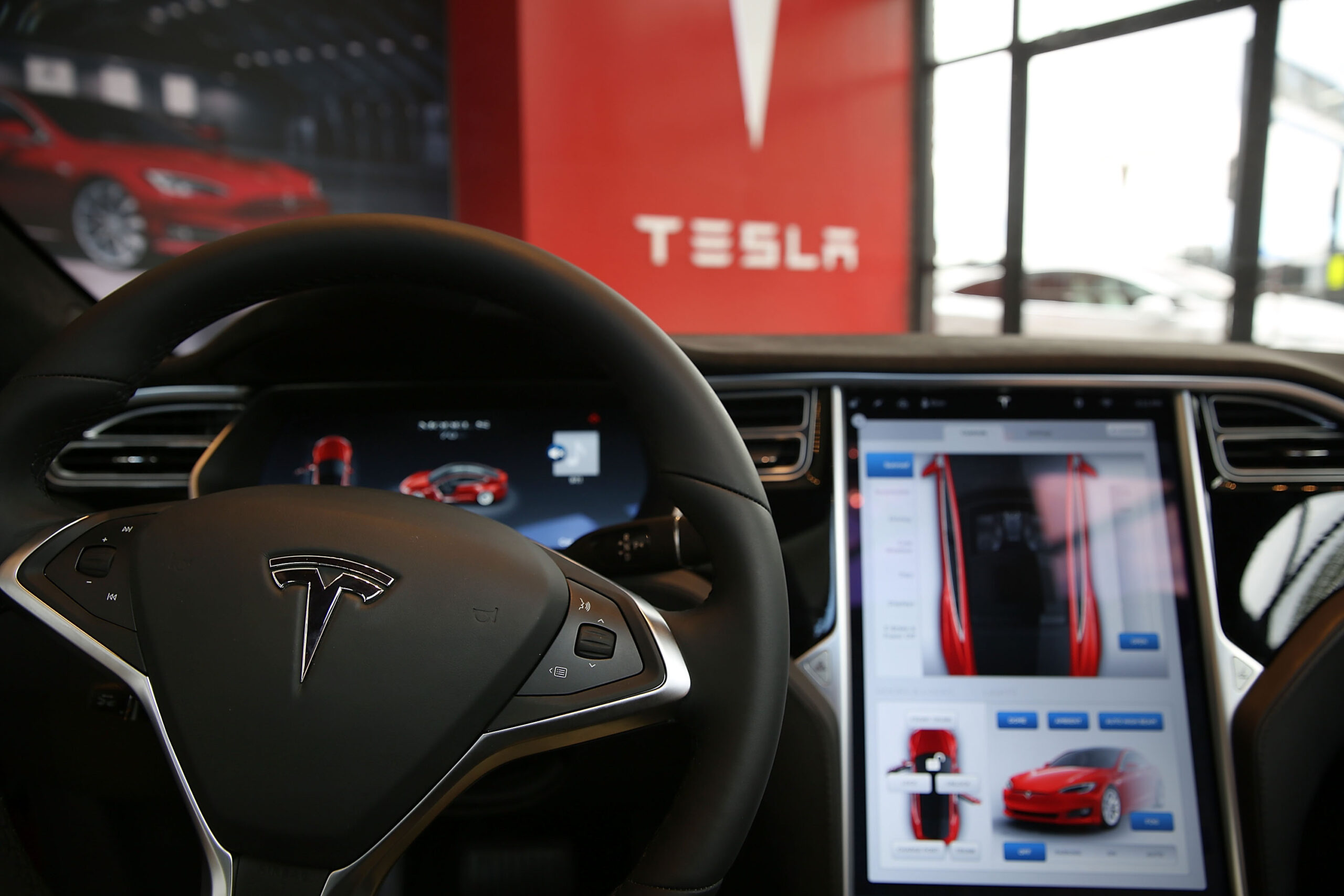 The inside of a Tesla vehicle is viewed as it sits parked in a new Tesla showroom and service center in Red Hook, Brooklyn, on July 5, 2016, in New York City. The electric car company and its chief executive and founder, Elon Musk, have come under increasing scrutiny following a crash of one of its electric cars while using the Autopilot service. (Spencer Platt/Getty Images)
By Chris Teale

As the federal government investigates Tesla Inc. for crashes involving its vehicles using the “Autopilot” feature, a new poll indicates much of the public has safety concerns about autonomous vehicles, though Americans’ interest in the cars has risen slightly compared to a few years ago.

Forty-seven percent of U.S. adults said in the new Morning Consult poll that they believe AVs are less safe than cars driven by humans, down slightly from the 50 percent who said the same in a March-April 2018 survey. That poll was conducted shortly after the first-known fatal pedestrian accident in the United States involving a self-driving vehicle, which was being tested by Uber Technologies Inc. in Arizona. 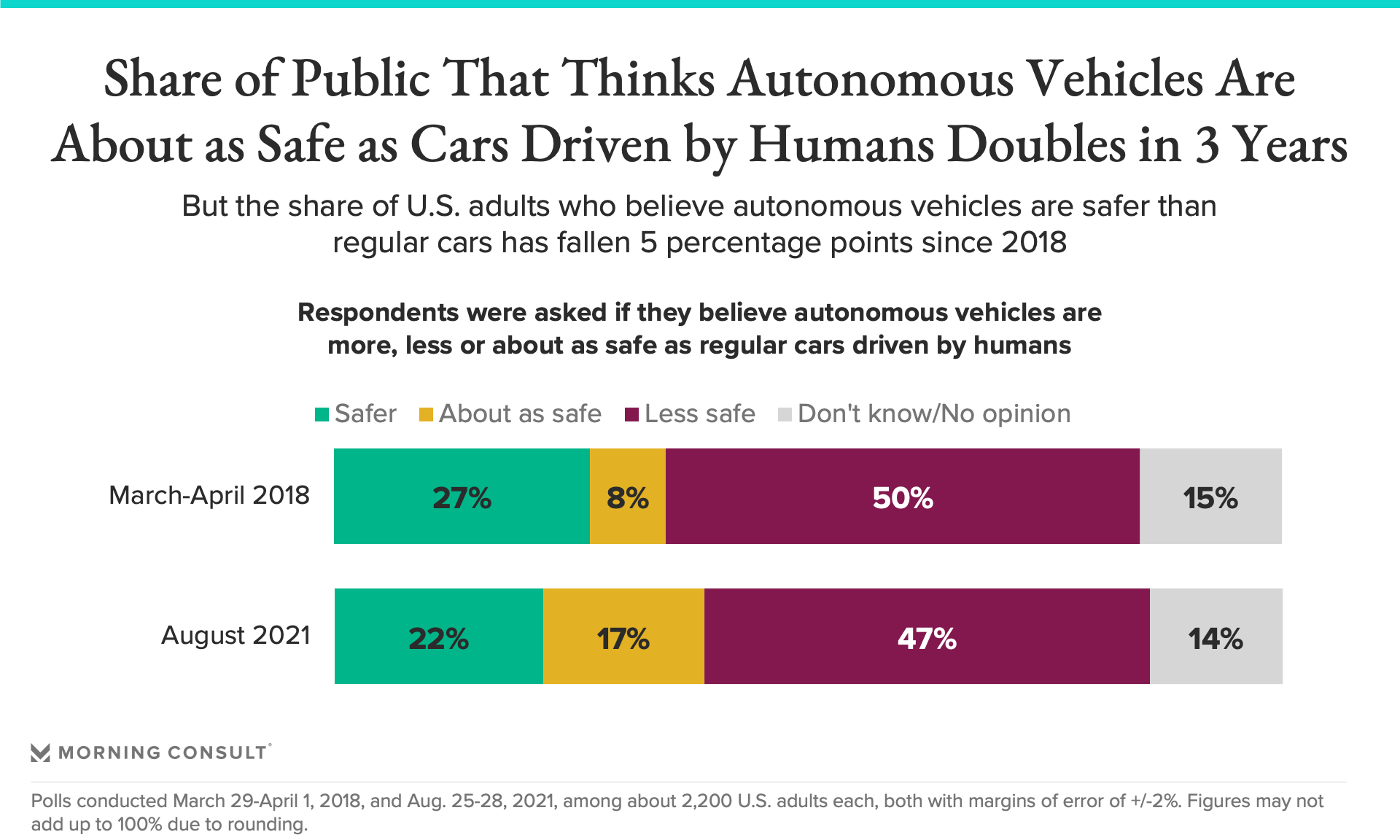 Seventeen percent of adults believe AVs are as safe as regular cars driven by humans, up from 8 percent who said the same in 2018, although the number of people who believe self-driving vehicles are safer than regular cars has dropped from 27 percent in 2018 to 22 percent in 2021.

Despite the recent setbacks for autonomous vehicles, public interest in self-driving cars has increased slightly since 2018. 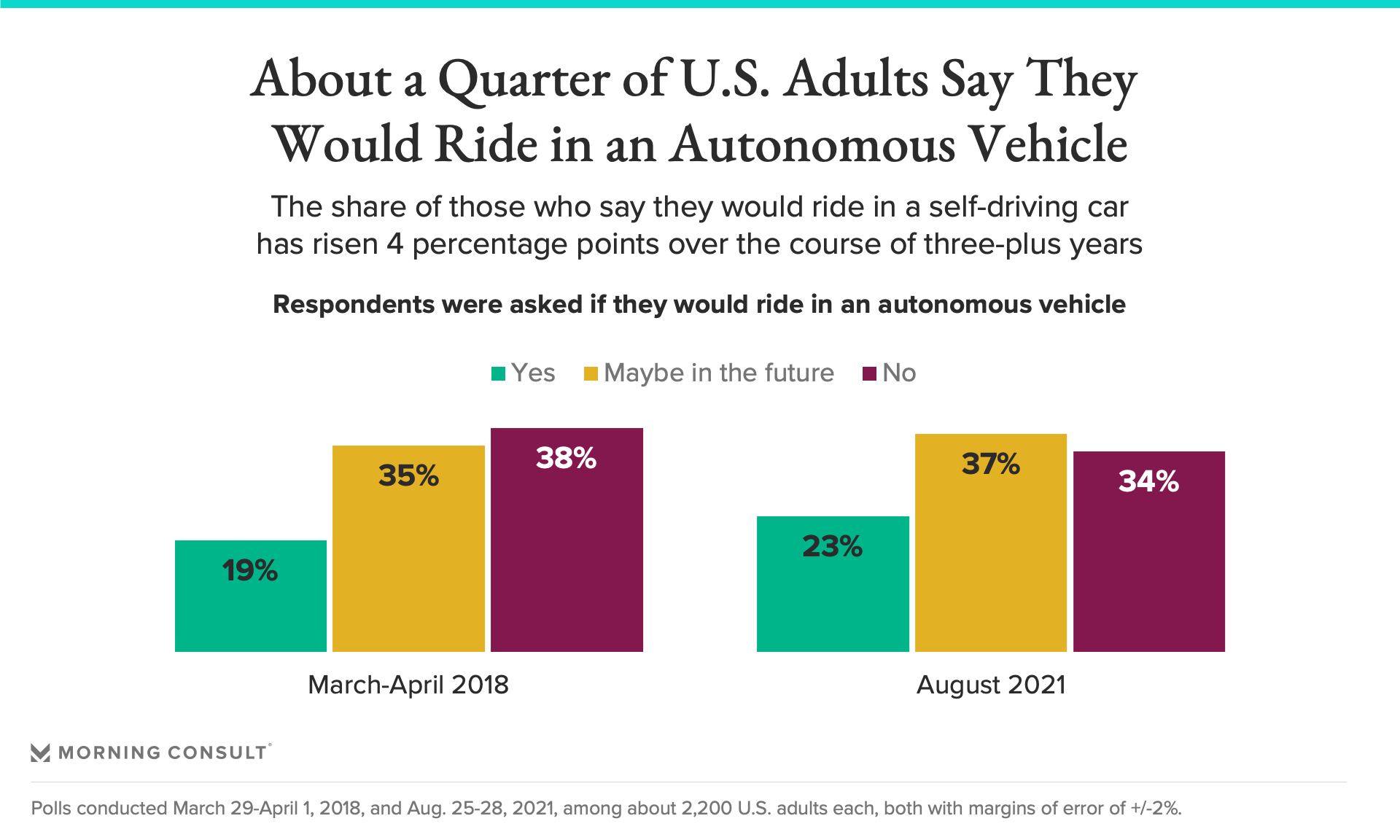 In the latest survey, 23 percent of adults said they would ride in an AV, up from 19 percent who said the same in the 2018 survey. Another 37 percent said they may ride in an AV in the future, an increase from three years ago within the survey’s 2 percentage-point margin of error.

The latest poll comes on the heels of an investigation launched by the National Highway Traffic Safety Administration last month into Tesla. NHTSA said it has identified 11 instances across nine different states where Tesla vehicles that had engaged either its “Autopilot” or “Traffic Aware Cruise Control” modes crashed into vehicles driven by first responders on scene at an investigation.

Shortly after the agency began scrutinizing the company, a Tesla Model 3 struck a parked police car and a Mercedes SUV in Orlando, Fla., with the driver telling officers she was using Autopilot at the time of the crash.

While Tesla Chief Executive Elon Musk has been bullish on his company’s efforts, describing them as “arguably the leaders in real-world AI” during Tesla’s first “AI Day” last month, he has also been more measured in some recent comments. In late August, he said in a tweet that Tesla’s latest self-driving software update was “not great” but noted that the company’s AI team was working “as fast as possible” to improve it.

Tesla’s critics, meanwhile, are keen to rein in the company. New National Transportation Safety Board Chair Jennifer Homendy told Bloomberg that confusion over the capabilities of automated driving systems like Autopilot could impact public trust in the potential safety benefits of the technology.

And Sens. Ed Markey (D-Mass.) and Richard Blumenthal (D-Conn.) jointly called for the Federal Trade Commission to investigate Tesla for its “potentially deceptive and unfair” advertising of Autopilot as being fully autonomous.

While Tesla’s AV crashes have received national attention from regulators and lawmakers, polling suggests that news of the NHTSA’s investigation – and the crashes themselves – has failed to break through to the general public. 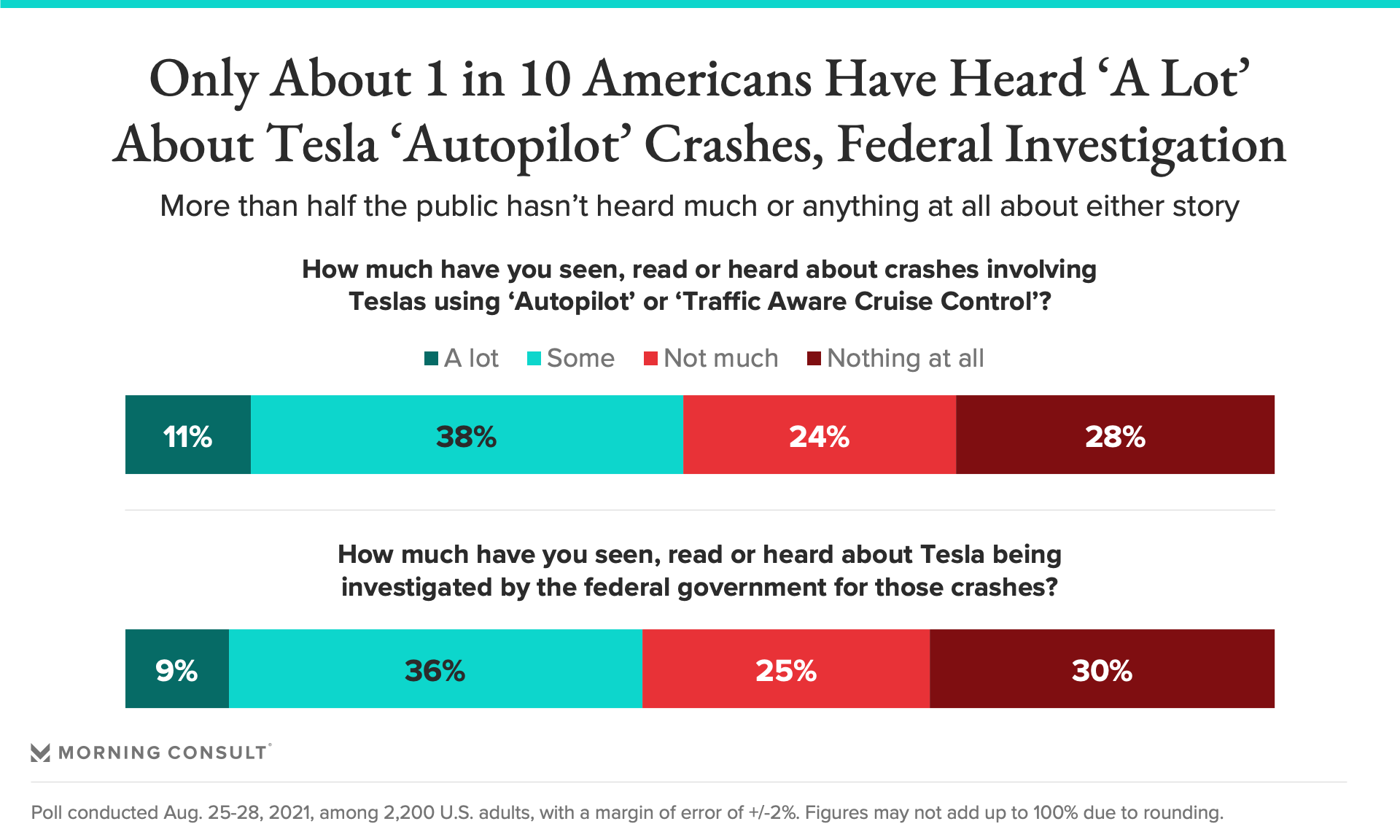 After respondents were told about the Tesla crashes and probe, the share who trusted AVs rose 1 percentage point, within the poll’s 2-point margin of error, while the share who lacked trust remained the same. Thirty-five percent said they would be at least somewhat interested in buying an AV in the next 10 years after learning about the Tesla crashes and probe, and 65 percent said they were uninterested.