As Democratic commissioner prepares to shift to the majority, priorities include market integration in West and modernizing FERC’s natural gas policy 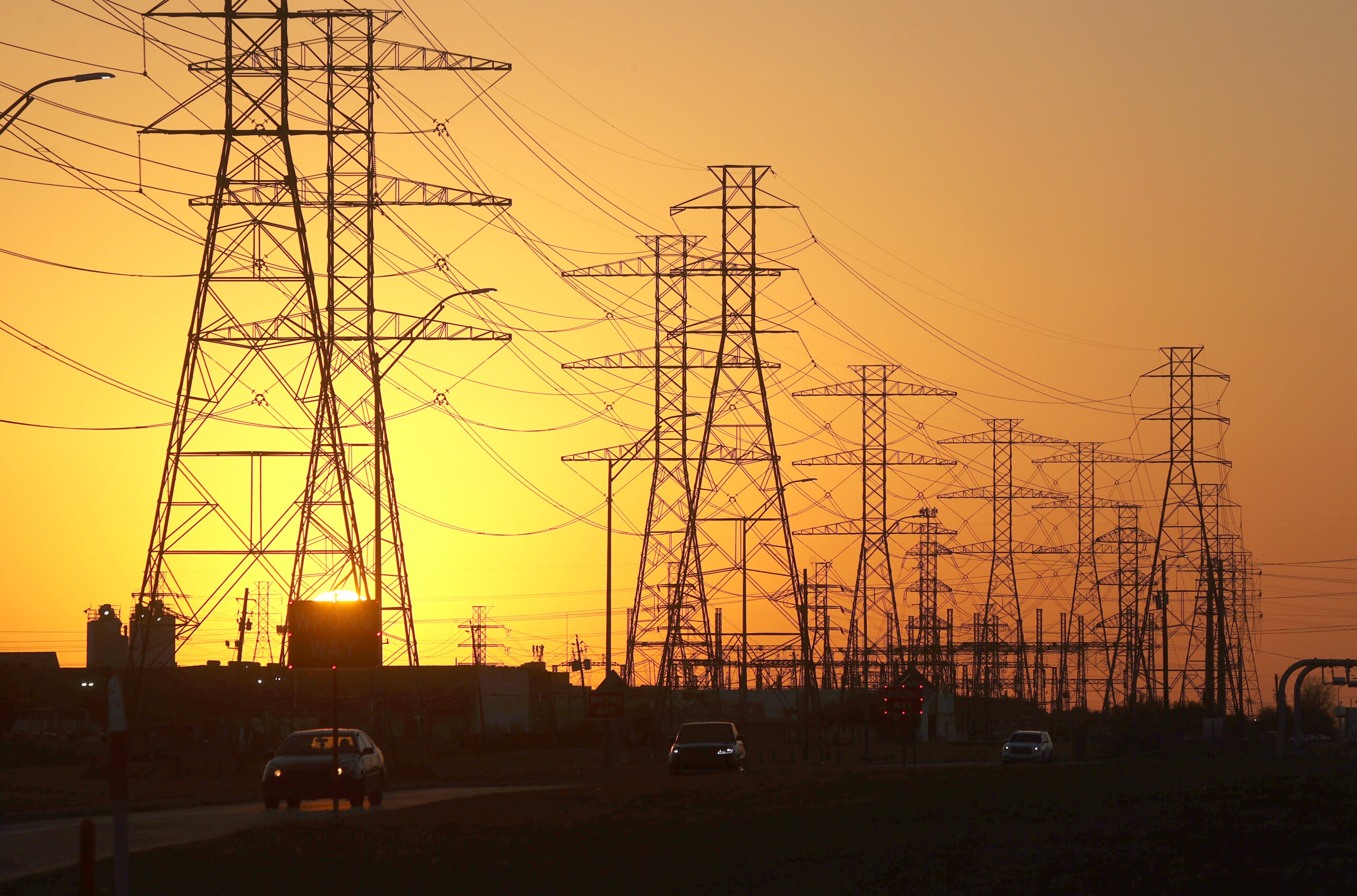 High-voltage transmission towers are pictured in Houston on Feb. 21, 2021, after millions of Texans lost their power following Winter Storm Uri. FERC Commissioner Allison Clements told Morning Consult in an interview that the United States is at a “once-in-a-generation moment” when it comes to making major changes to the transmission system. (Justin Sullivan/Getty Images)
By Lisa Martine Jenkins

During her first Federal Energy Regulatory Commission meeting in December, Commissioner Allison Clements (D) said in her opening salvo that “the grave threat of climate change” would underlie her approach to the role.

Nine months — and several tests of the grid via extreme weather — later, FERC’s balance of power is in the process of shifting left, moving Clements from a minority to a majority decision-maker, and her priorities remain the same, she said in an interview Wednesday.

Namely, Clements will continue to zero in on improving transmission systems planning and interconnection, developing market integration in the West (especially in light of extreme weather and drought) and modernizing FERC’s natural gas policy statement to be more legally durable.

In her view, the United States is at a “once-in-a-generation moment” when it comes to making major changes to the transmission system.

Related: Following Mass Power Failures in Texas, Over Half of Voters Say State Needs to Connect Its Grid to Others

Her three priorities have something in common: They speak to the impact of climate change on the system and on Americans, and the disparity of those impacts across communities. She is expected to speak about environmental justice at FERC, among other topics, at the United States Energy Association’s Advanced Energy Technology Forum on Thursday.

She said FERC is addressing or is expected to address all three of these issues with its yet-to-be-nominated fifth member.

With former Commissioner Neil Chatterjee’s (R) exit on August 30, stakeholders are waiting on news of President Joe Biden’s nominee to replace him. Some have pushed the president to make the announcement as soon as possible, given the current 2-2 split between Democrats and Republicans as they consider issues including how to encourage new transmission infrastructure and how to make decisions on new natural gas pipelines.

(The White House did not respond to a question regarding the timing of the nominee announcement.)

Clements said that the cost of these investments should not be judged in relation to doing nothing, but rather relative to the impact of extreme weather events. Preliminary insurance estimates in light of Hurricane Ida, she said, found losses of between $15 billion and $30 billion.

“That’s just insurance estimates,” Clements said. “That doesn’t include the lives lost, the opportunity lost. If you add up the cost of those tragedies and that lost opportunity relative to the investment, this transmission isn’t just a nice thing to have; it’s a necessity to continue to provide reliable and affordable access to electricity for Americans.”

But the question remains of precisely which levers FERC can pull to improve the country’s transmission system in light of threats that will only become more dire as climate change continues to take its toll. At present, FERC shares authority over transmission regulations with states and other federal agencies.

Clements points to the “one-two punch” of the commission’s July advance notice of proposed rule-making — still open for comment on the potential need for reforms to existing transmission planning — and the creation of a federal-state transmission task force as a short-term step to simplifying regional transmission.

The first meeting of the latter, which Clements said will allow the commission to “put some of these hard questions on the table outside of a contested context,” is scheduled for Nov. 10.