47% approve of his job performance, unchanged since last week’s order mandating vaccines or tests in the private sector 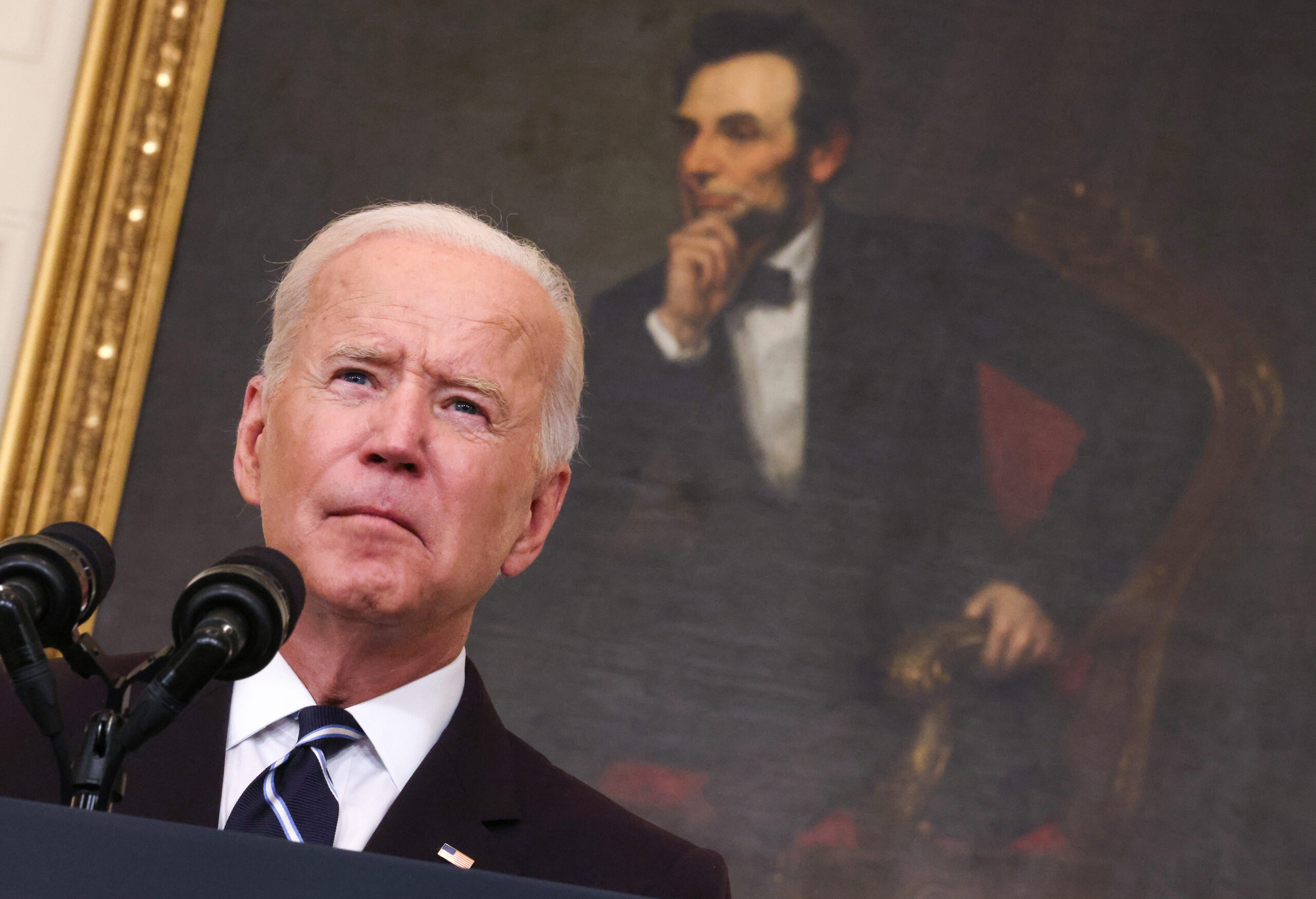 President Joe Biden speaks on Sept. 9 about his administration's new measures aimed at combatting the coronavirus pandemic. New polling shows Biden's popularity is unchanged among the electorate in the wake of the rollout, which was criticized by Republicans as overreaching. (Kevin Dietsch/Getty Images)
By Eli Yokley

President Joe Biden’s announced plans to mandate COVID-19 vaccines or weekly testing for millions of American workers in the private sector sparked a backlash from Republicans in both elected office and the media, but so far that uproar isn’t echoing among the country’s conservative rank and file.

According to Morning Consult Political Intelligence polling conducted Sept. 10-12, 47 percent of voters approve and 49 percent disapprove of Biden’s job performance — identical to his approval rating in Sept. 6-8 surveys taken before his major Sept. 9 speech on the pandemic. Both sets of polling were conducted among more than 15,000 registered voters, with margins of error of 1 percentage point. 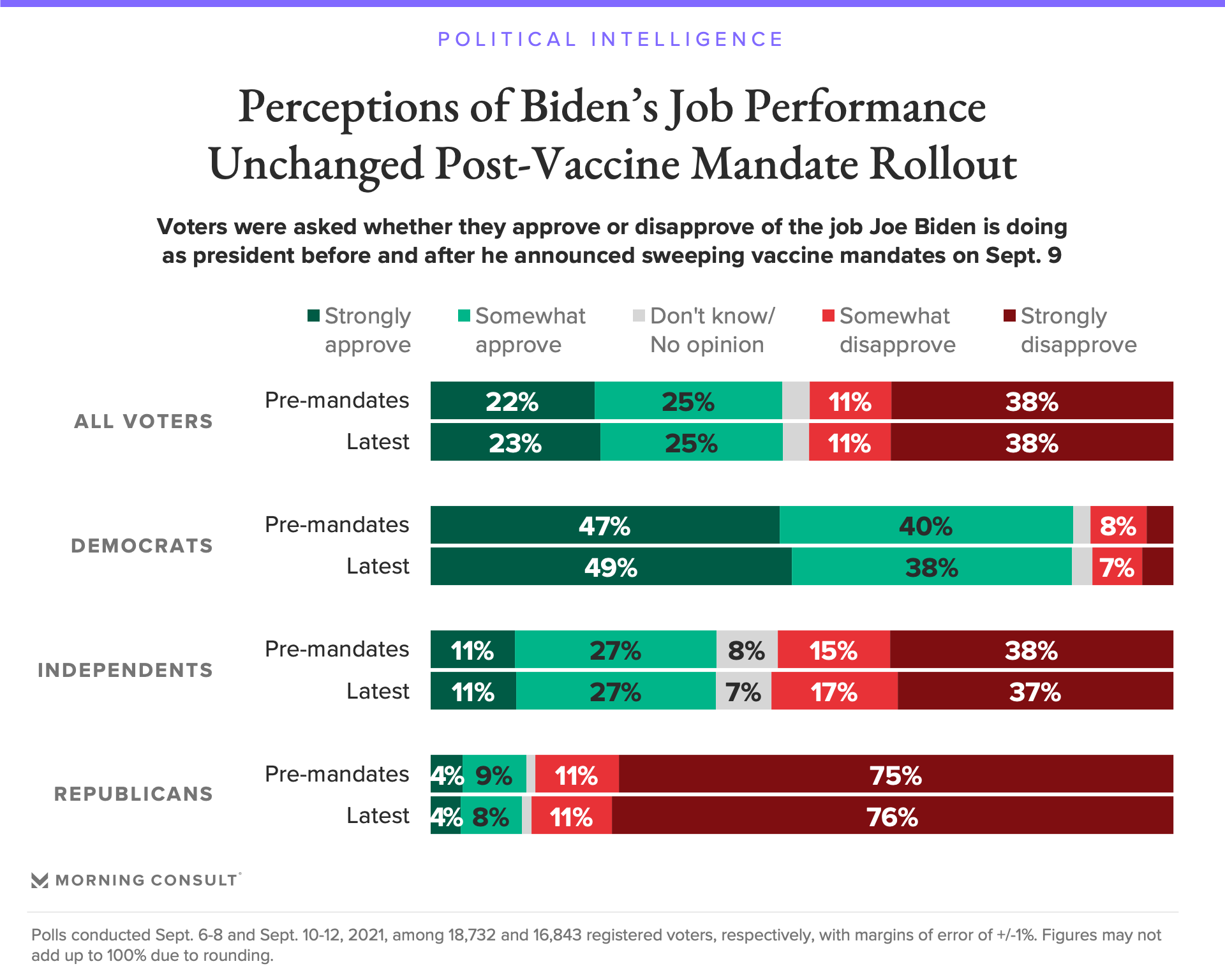 Biden’s reluctant decision to wield the power of the federal government in the vaccination fight — especially the imminent Occupational Safety and Health Administration rule imposing vaccine or weekly testing requirements on businesses with more than 100 employees — was a salient news event: 76 percent of voters, including 4 in 5 Democrats and 72 percent of Republicans, said they’d seen read or heard at least some about Biden’s speech, according to the latest Morning Consult/Politico poll.

It was met with vocal pushback from Republican officials: Mississippi Gov. Tate Reeves likened it to tyranny, while South Carolina Gov. Henry McMaster promised to fight Biden to the “gates of hell.”

Related: White House’s COVID-19 Vaccination Mandates Have the Support of About 3 in 5 Americans

But Republican voters failed to register any newfound disdain for the commander-in-chief: 86 percent disapprove of Biden’s job performance, including 76 percent who do so strongly. Both figures are roughly in line with the share who said the same before Biden’s announcement.

The Sept. 9 announcement also had no major impact on Biden’s base: 86 percent of Democratic voters approve of the job he’s doing as president, unchanged from before the announcement, though the share who approve of him strongly ticked up slightly, from 47 percent to 49 percent.

The muted reaction from voters on both sides of the aisle stood in contrast with their visceral and immediate response to the chaos in Afghanistan surrounding Biden’s withdrawal of U.S. troops. It has left sentiment about the president’s job performance underwater but also stabilized after a tough few weeks.