3 in 5 Adults Back the Use of Gunshot Detection Technology Generally. Even More Support Its Use by Law Enforcement

About two-thirds of U.S. adults support the technology’s use by national security agencies 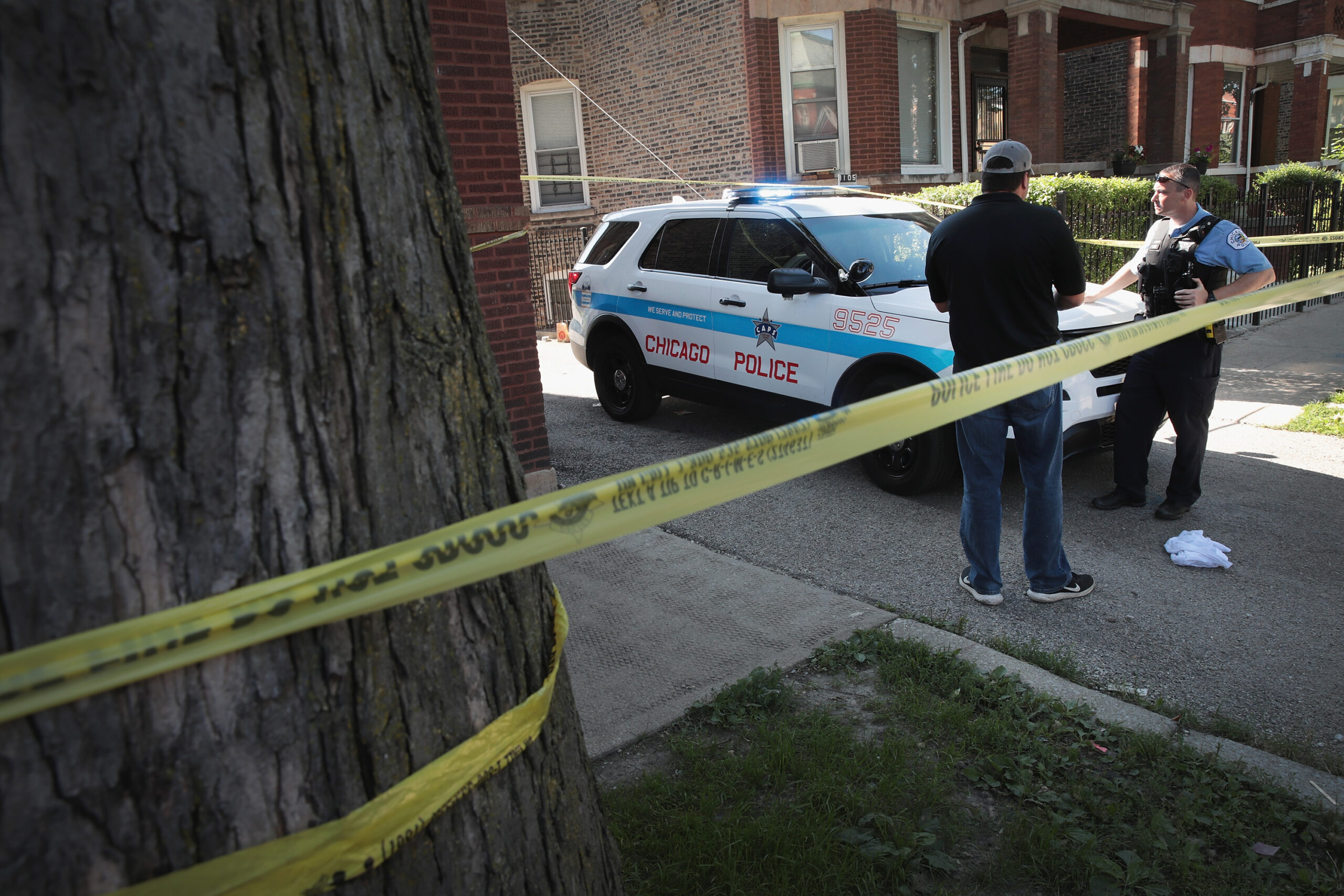 Chicago Police guard evidence near a murder scene in the Humboldt Park neighborhood on July 27, 2017. A Morning Consult survey found that 60 percent of U.S. adults support the general use of acoustic gunshot detection technology, following a Chicago Office of Inspector General report that was critical of ShotSpotter tech. (Scott Olson/Getty Images)
By Chris Teale

Gunshot detection technology from ShotSpotter Inc. was subject to a critical report from the city of Chicago’s Office of Inspector General last month, but new polling shows strong public support for its continued use.

Sixty percent of U.S. adults back the use of gunshot detection technology in general, and that support increases to 66 percent for its use by law enforcement and 65 percent for national security agencies, according to a new Morning Consult poll.

That support cuts across party lines, too, as 66 percent of Democrats and 60 percent of Republicans said they favored the technology’s use generally.

Despite that backing, it’s clear that the technology is yet to find its way onto much of the public’s radar.

At the start of the Sept. 2-6 survey, 52 percent of respondents said they’d never heard of the technology, which was defined as the use of “acoustic sensors to detect, locate and alert law enforcement agencies and security personnel about illegal gunfire incidents in real time.” And even after digesting the definition, 28 percent were unsure if the technology should be used, while in a separate question, 67 percent said they were unaware if it is currently being used in their communities. 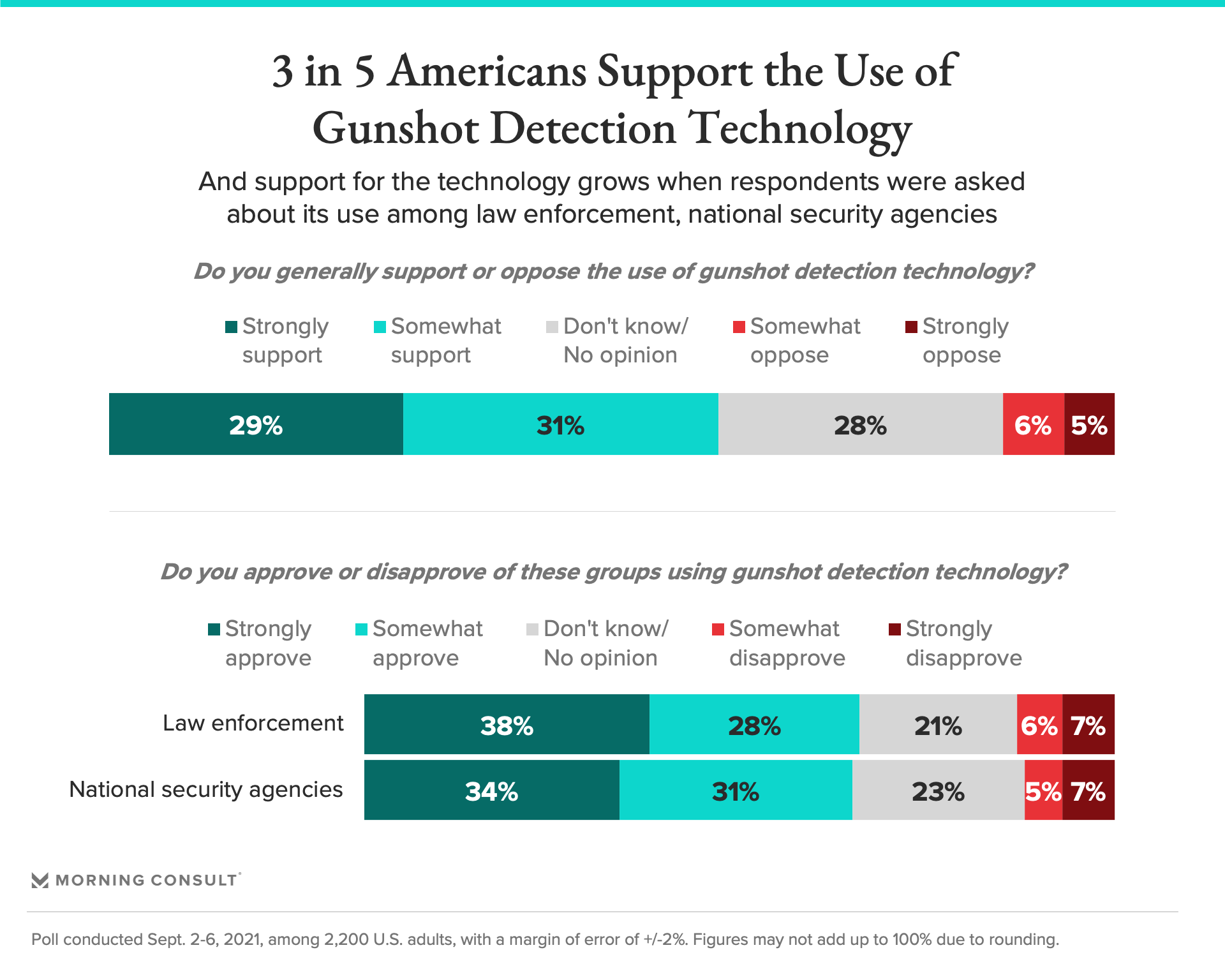 The public may also be coming around to other technologies intended to enhance safety, which are sometimes controversial due to concerns around personal privacy. Fifty-two percent said they supported the use of facial recognition technology, up from 40 percent who said the same in a June 2019 survey. Thirty percent now oppose its use, down from 36 percent in 2019.

Both polls were conducted among 2,200 U.S. adults, with a margin of error of 2 percentage points. 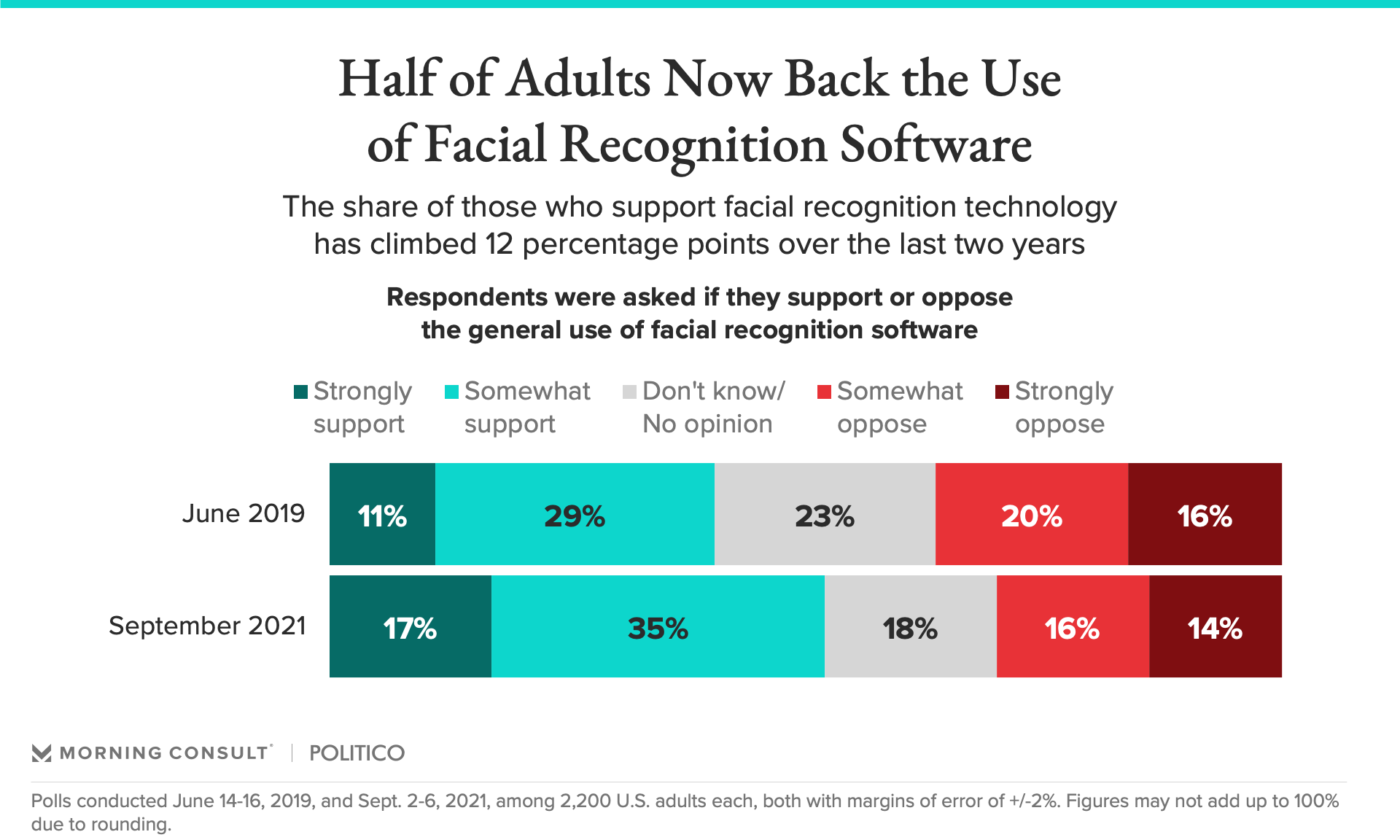 But when given the choice between using whatever technology is available to keep their communities safe or protecting their data privacy, 52 percent prioritized the latter, compared to 36 percent who said they preferred using any technology to enhance security.

The Chicago OIG report found that between Jan. 1, 2020, and May 31, 2021, ShotSpotter sent over 50,000 alerts as probable gunshots, but evidence of an actual gun crime was only found about 4,500 times. The OIG said in a statement the data “does not support a conclusion that ShotSpotter is an effective tool in developing evidence of gun-related crime.”

In an email, a ShotSpotter spokesperson defended its efforts in Chicago, noting that the city’s police department “continually describes ShotSpotter as a critical part of their operations.”

“The OIG report does not negatively reflect on ShotSpotter’s accuracy which has been independently audited at 97 percent based on feedback from more than 120 customers,” the spokesperson continued. “Nor does the OIG propose that ShotSpotter alerts are not indicative of actual gunfire whether or not physical evidence is recovered.”

Despite the criticism in Chicago, public support for gunshot technology appeared relatively solid, as 60 percent said they still viewed it favorably even after learning more about it.

There is evidence of support for gunshot detection technology among elected officials, including from President Joe Biden. ShotSpotter Chief Executive Ralph Clark during the company’s Q2 earnings call last month hailed the “public endorsement” of the technology and pledged to implement projects in more cities around the country.