The Tax Man Cometh for the Wealthy and Corporations in House Democrats’ Plan. And Voters Are OK With It

Taxes might be one of the least controversial parts of the Democrats’ spending plan, new polling suggests 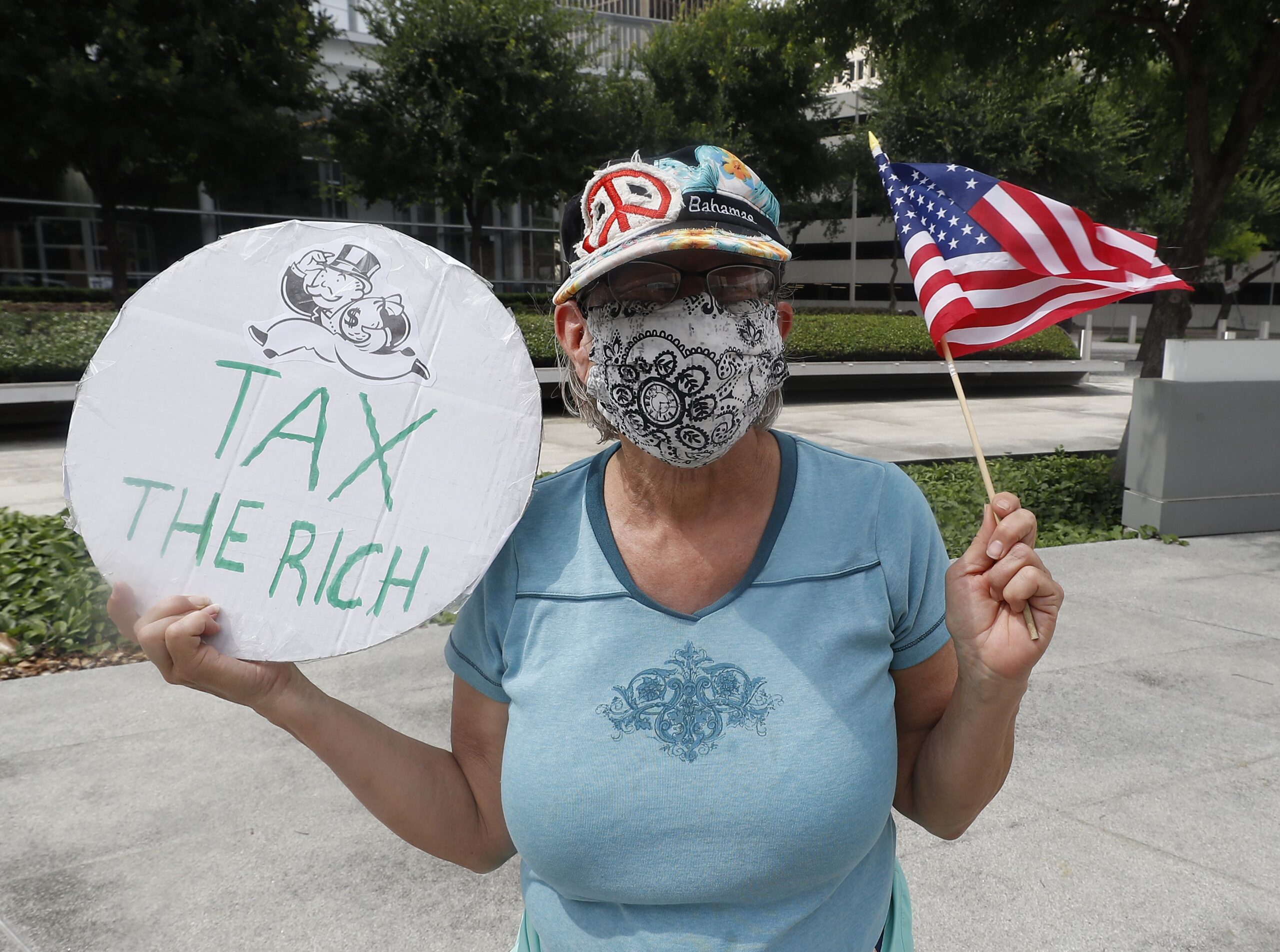 An activist with MoveOn calls on Sen. Ted Cruz (R-Texas) to increase federal taxes on the wealthy and big corporations outside of Cruz’s Houston office on May 17, 2021. A Morning Consult/Politico poll found that 68 percent of voters support raising taxes on the wealthy. (Bob Levey/Getty Images)
By Claire Williams

After months of hemming and hawing over tax proposals to fund ambitious social safety net programs, Democrats in Washington still have a ways to go to reach the finish line.

Early opposition from moderate Democrats to tax provisions could hold up negotiations before the bill moves to the Senate, where Democrats have a razor-thin margin. But with voters, the ideas behind the House proposals remain politically popular. 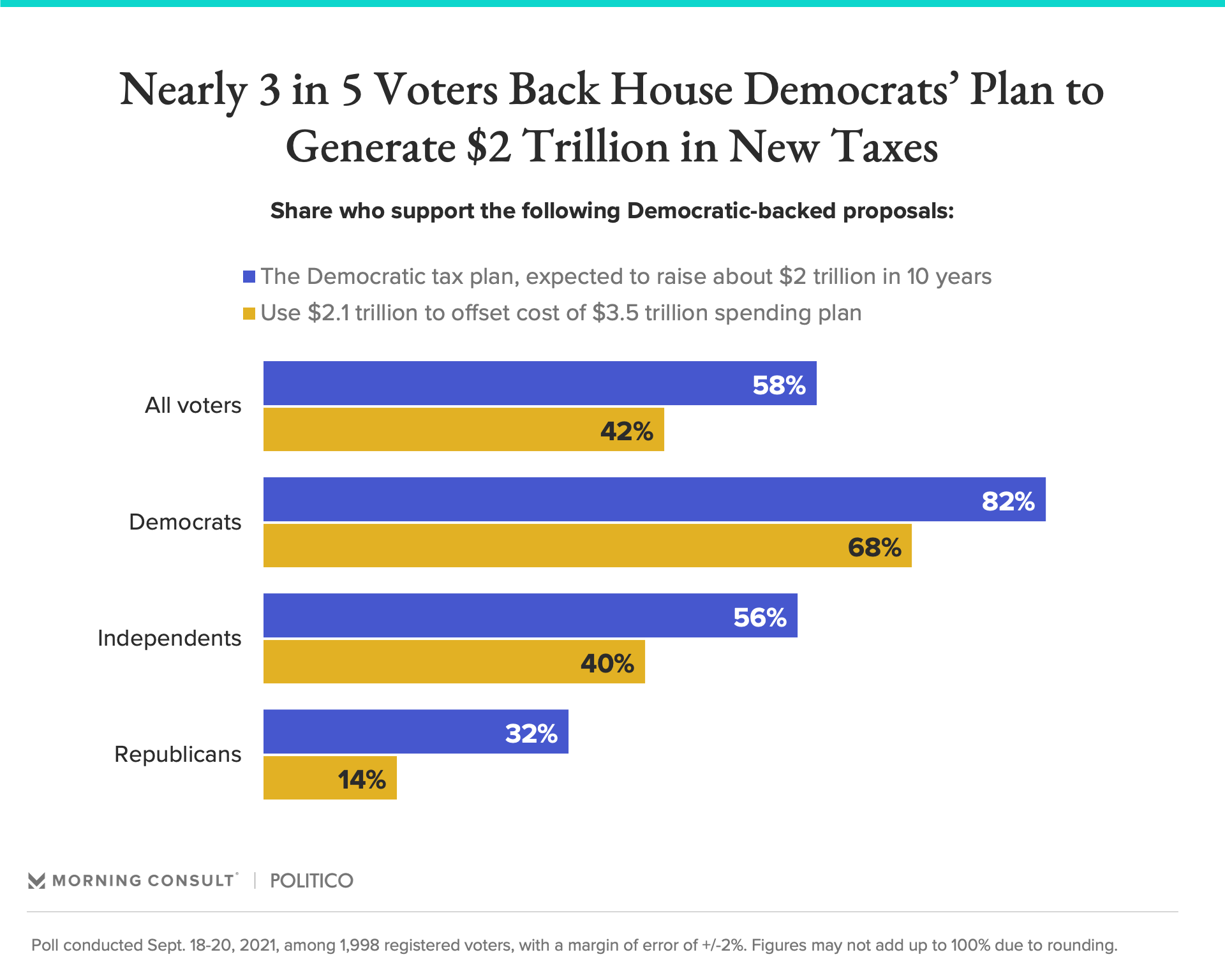 Nearly 3 in 5 voters support Democrats’ plan to raise $2 trillion via taxes in 10 years, according to new Morning Consult/Politico polling, with predictably higher backing among Democrats and lower support among Republicans.

There’s more disagreement over the intended use of the money. Across political parties, a smaller share of voters supported using the taxes to offset the cost of Democrats’ $3.5 trillion reconciliation spending plan. Republicans were the least likely voting bloc to back the use of the funds, with just 14 percent in support compared to about 2 in 3 Democrats.

Of the individual provisions included in the House Democrats’ plans, raising taxes on the wealthy was the most popular, garnering 68 percent support from voters. Raising the corporate tax rate came in just 6 percentage points lower at 62 percent. 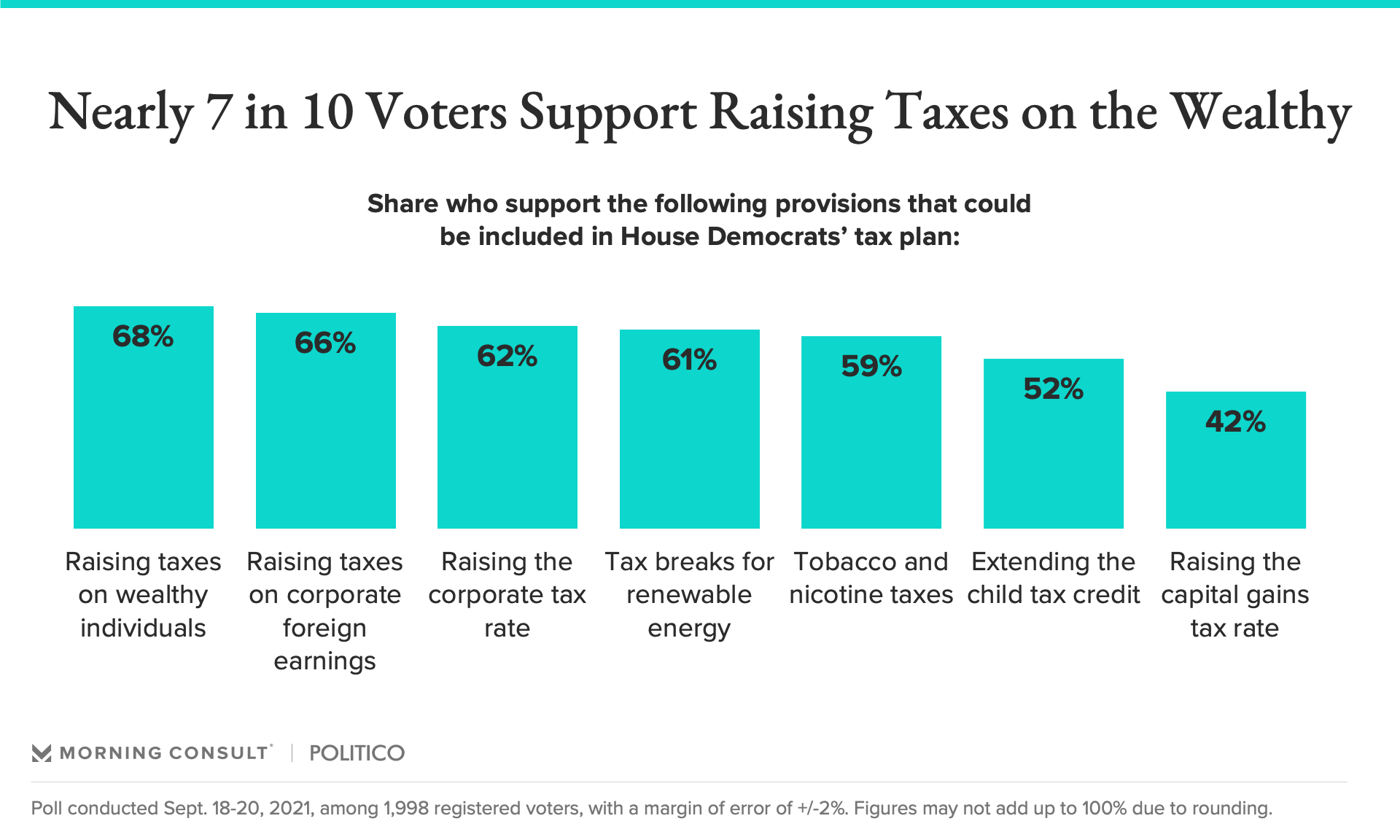 With the exception of raising the capital gains tax rate, most of the tax ideas being debated by Democrats received support from more than half of voters. Capital gains taxes appear to be the least popular provision among lawmakers, as well, with some opposition even on the Democratic side of the aisle.

In its pitch to Americans, the White House is leaning into a populist message for the overall plan, especially when it comes to the tax hikes: “The real choice right now is whether you’re going to lower costs for people in this country on elder care, child care, cost of college or whether you’re going to allow the wealthiest Americans and corporations to continue to pay the tax rates that are hardly fair moving forward,” White House Press Secretary Jen Psaki said earlier this month.

As a concept, voters appear to be receptive to that message. 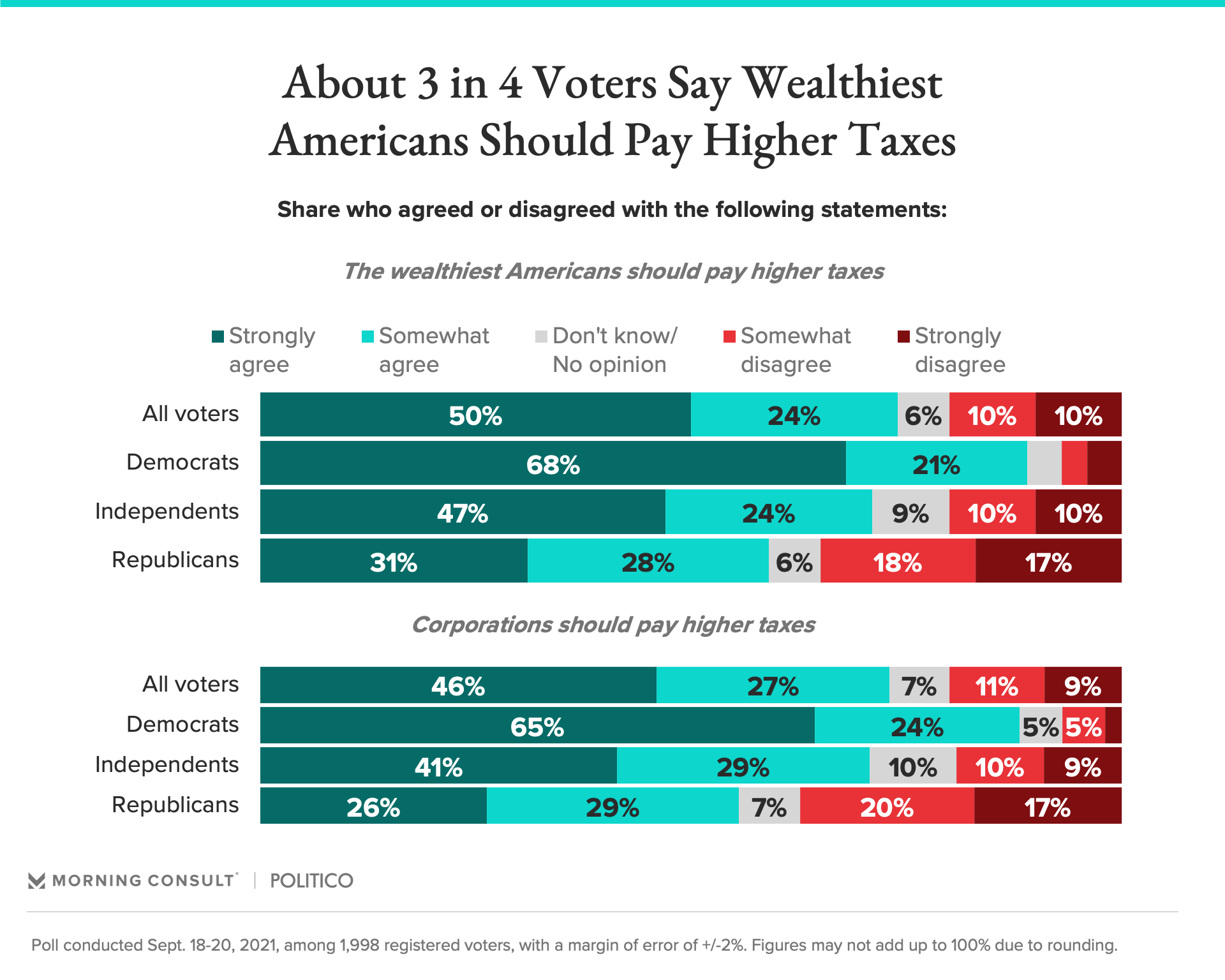 Despite Republican opposition to the tax plan and spending package, 59 percent of the party’s votes said that the wealthiest Americans should pay higher taxes. Nearly 9 in 10 Democrats agreed.

While support for corporations paying higher taxes is still high, there’s stronger opposition to the concept among Republicans at 37 percent.

Related: Biden’s Child Tax Credit Gets Support From Over Half of Voters. A Similar Share Says It Should Expire
Congressional Politics Corporations Government Aid Tax Policy