3 in 10 voters oppose the law, which will likely face legal challenges before going into effect in December 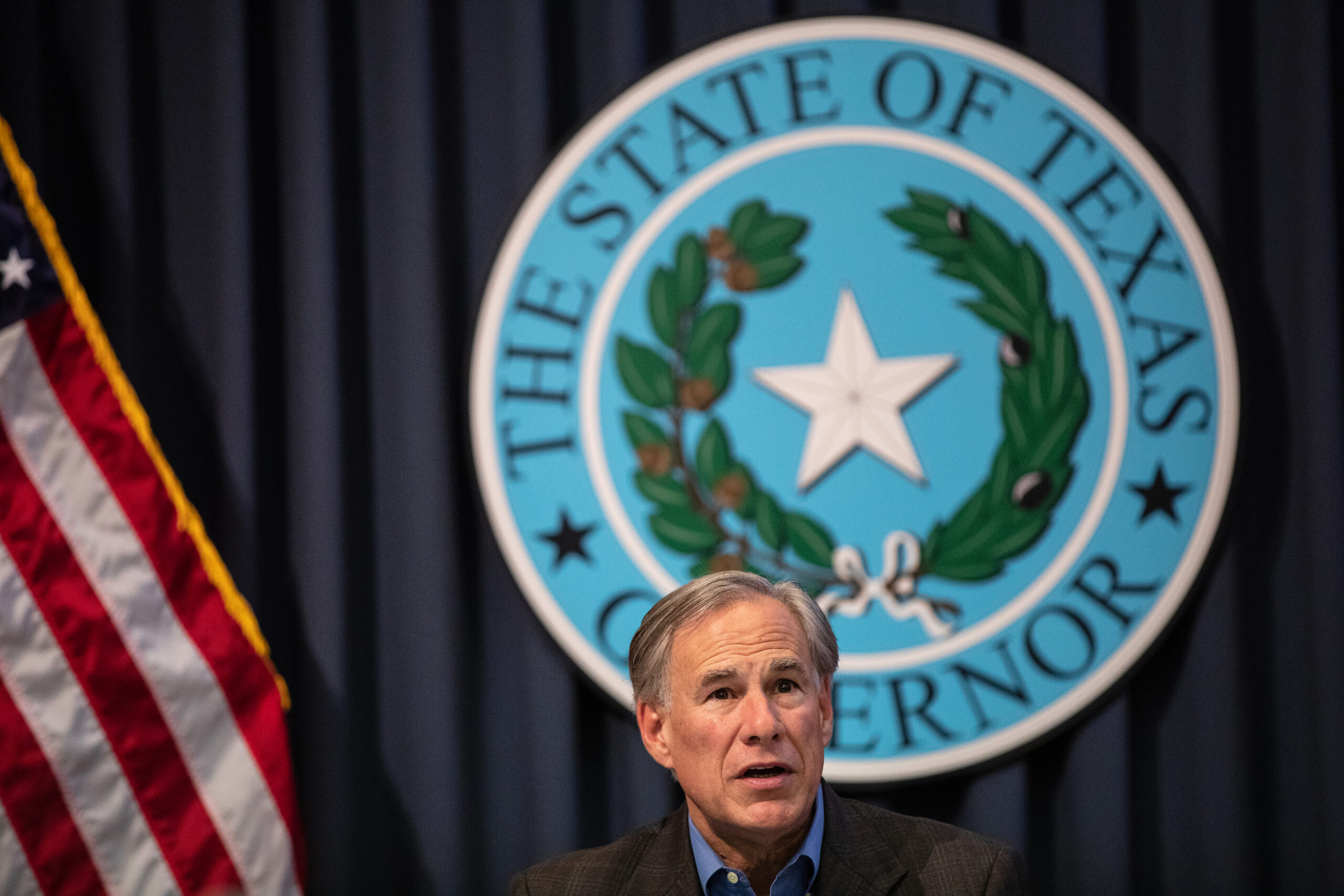 Texas Gov. Greg Abbott (R) signed a bill this month preventing social media companies from banning state residents from the platforms for their political views, and a new poll shows a slim majority of voters support such a measure, including an overwhelming share of Republicans.

Fifty-three percent of registered voters said they support the law, according to a new Morning Consult/Politico poll.

That support has a clear partisan divide: 75 percent of Republicans said they supported the measure, compared to 38 percent of Democrats and 48 percent of independents. 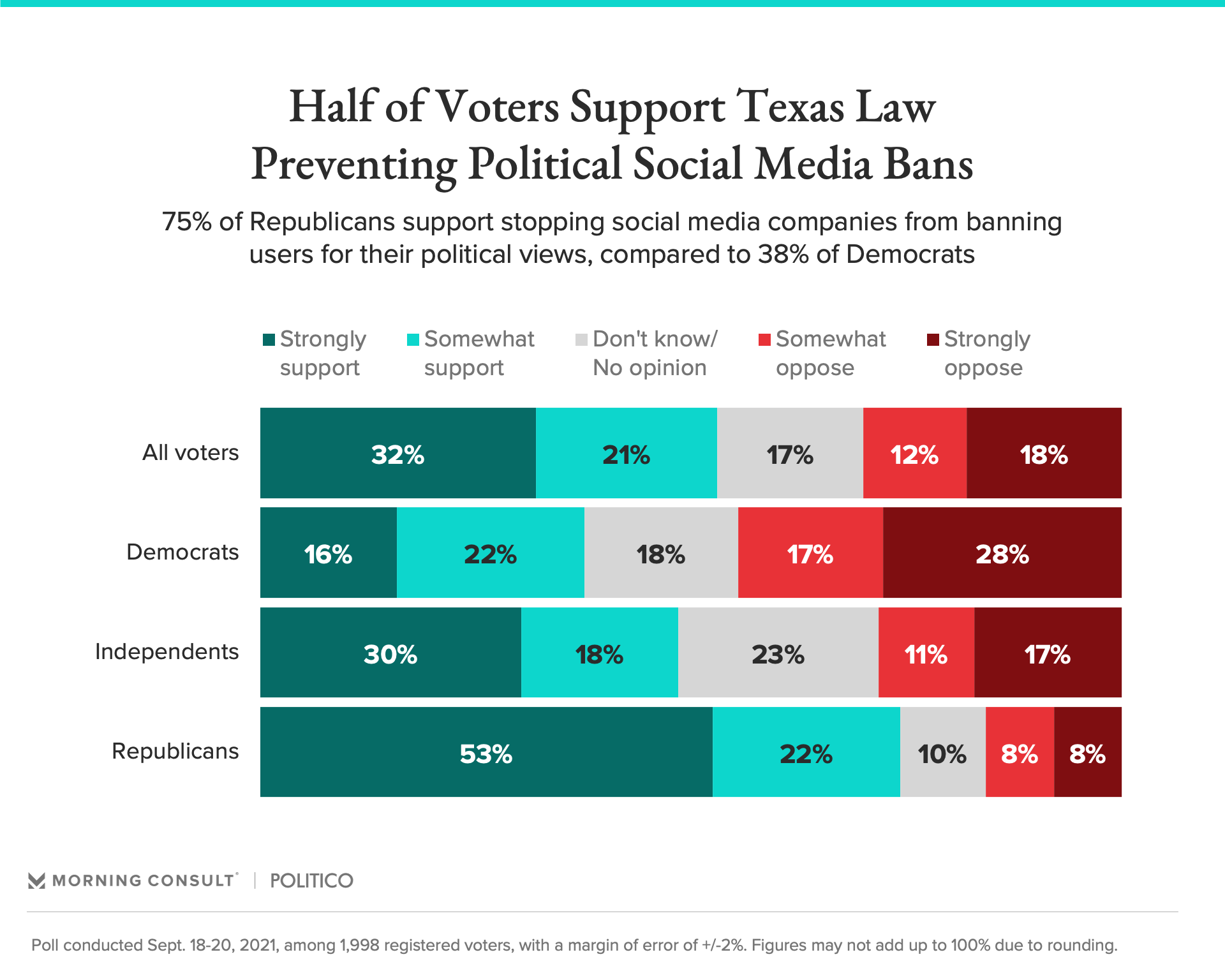 Abbott signed the law on Sept. 9, saying it would protect Texans from having their views silenced on social media, countering a “dangerous movement” by platforms to “silence conservative viewpoints and ideas.” It goes into effect on Dec. 2, though trade groups immediately said they would challenge the law in court.

The law came months after Facebook Inc.’s decision to ban former President Donald Trump from its platform for at least two years, a decision that received support from 51 percent of voters in a Morning Consult poll conducted in June. Opponents noted the similarities to a bill signed in Florida in May, which was blocked in federal court one day before it went into effect.

The Texas legislation prevents social media companies with more than 50 million monthly users in the United States — which includes the likes of Facebook, Twitter Inc. and YouTube — from banning users based on their political views. It also requires social media companies to put in place an appeals process for content they remove in addition to disclosing reports on moderation decisions.