Everyone Gets Blamed if U.S. Defaults on National Debt. But Democrats Would Take More Heat Than the GOP 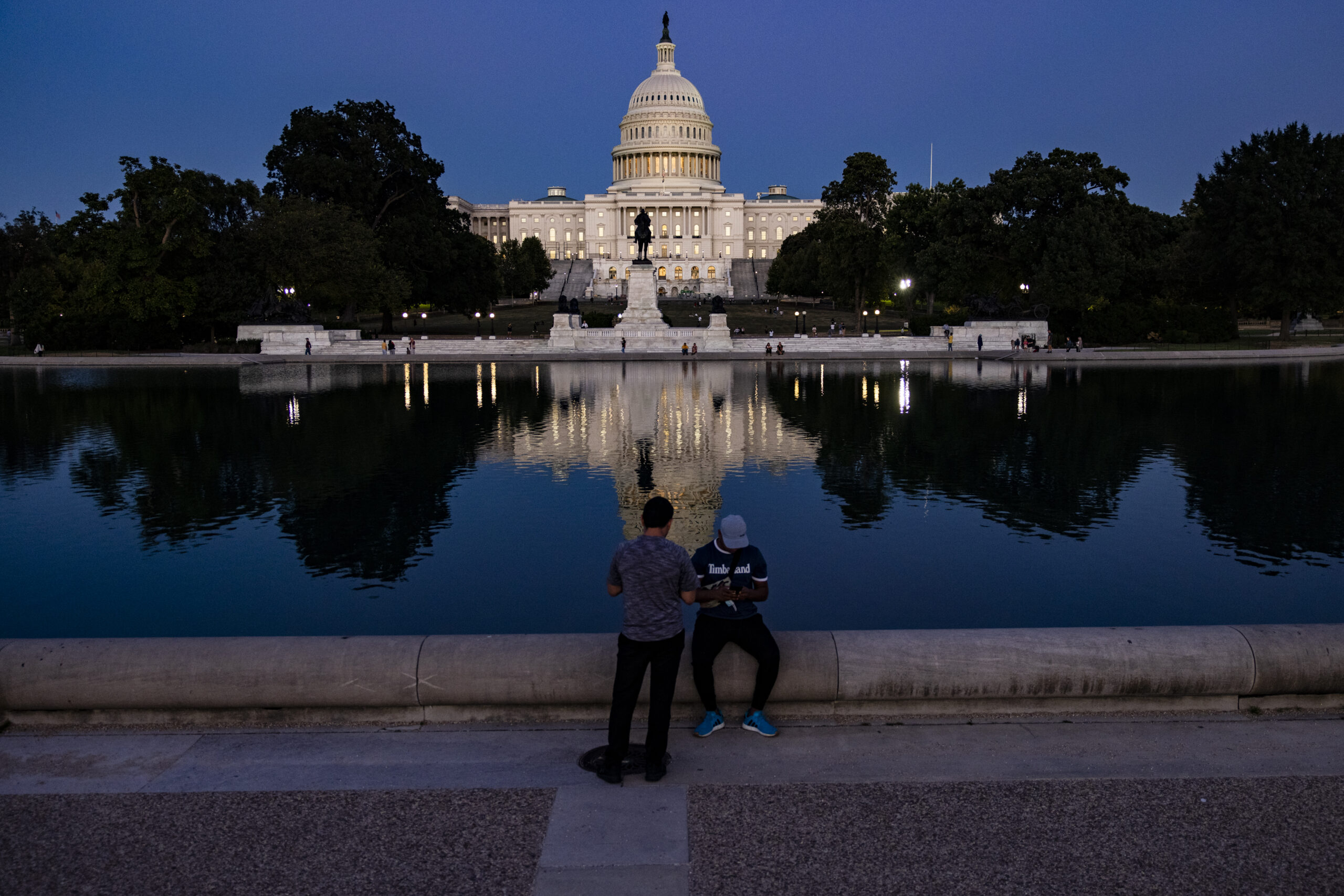 Two men sit on the edge of the Capitol Reflecting Pool on Sept. 26, 2021, in Washington, D.C. Congress is heading into the week with the deadline for debt ceiling negotiations approaching and as President Joe Biden said on Friday that the infrastructure bill remains at a stalemate. (Samuel Corum/Getty Images)
By Claire Williams

The high-stakes standoff between Democrats and Republicans in Washington on a potential national debt default could have ruinous consequences for the financial system.

It’s also likely to tick a lot of voters off.

Lawmakers have brought the United States near default before in the last decade, a political game of chicken that’s always ended with one side getting concessions from the other. Always at question — how far can politicians push the game before they, or their parties, get the blame?

This time, at least, a plurality of voters would hold both parties in Washington equally responsible for a default on the national debt, according to a new Morning Consult/Politico poll. 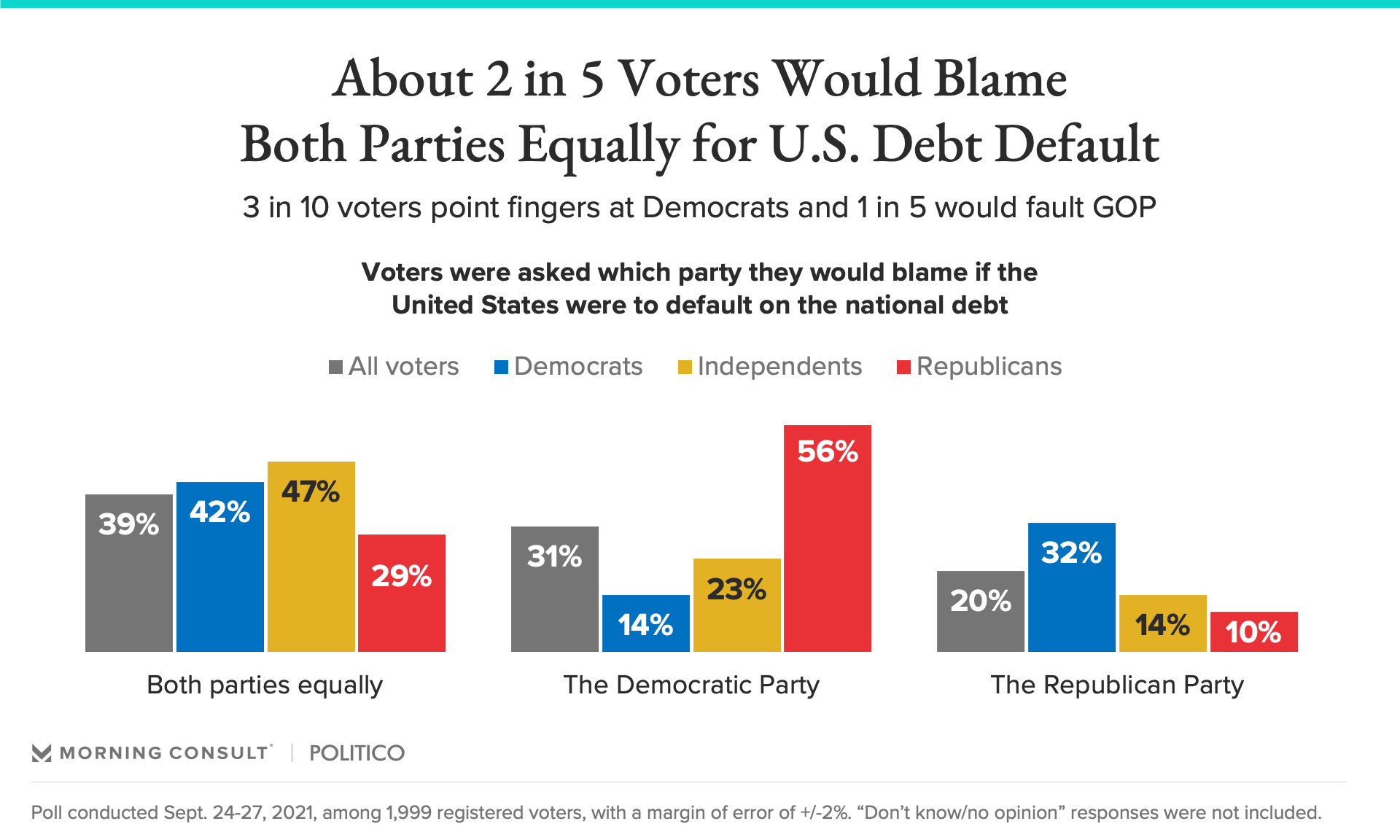 Beyond that 39 percent share who’d blame both parties, more voters would assign blame to Democrats (31 percent) than Republicans (20 percent).

That’s largely on par with results from the same question last week, although the share that would blame Republicans ticked up 4 percentage points from 16 percent.

This is likely good news for Republicans, who have refused to vote to raise the debt ceiling, making the argument that Democrats should find a way to pay for their spending plans.

“My advice to this Democratic government, the president, the House and Senate: Don’t play Russian roulette with our economy,” Senate Minority Leader Mitch McConnell (R-Ky.) said last week. “Step up and raise the debt ceiling and cover all that you’ve been engaged in all year long.”

Democrats, meanwhile, have called on Republicans to support their effort to avoid a default, with House Speaker Nancy Pelosi (D-Calif.) calling the Republican tactic “irresponsible beyond words.” The debt ceiling was suspended three times during former President Donald Trump’s time in office, as debt climbed nearly $7.8 trillion during that period.

Independents were most likely to blame both parties equally (47 percent), followed by the Democratic Party (23 percent) and the Republican Party (14 percent).

The survey was conducted Sept. 24-27 among 1,999 registered voters and has a margin of error of 2 percentage points.

Related: The Tax Man Cometh for the Wealthy and Corporations in House Democrats’ Plan. And Voters Are OK With It
Congressional Politics National Debt