77% of Democrats, 52% of independents and 37% of Republicans back the package 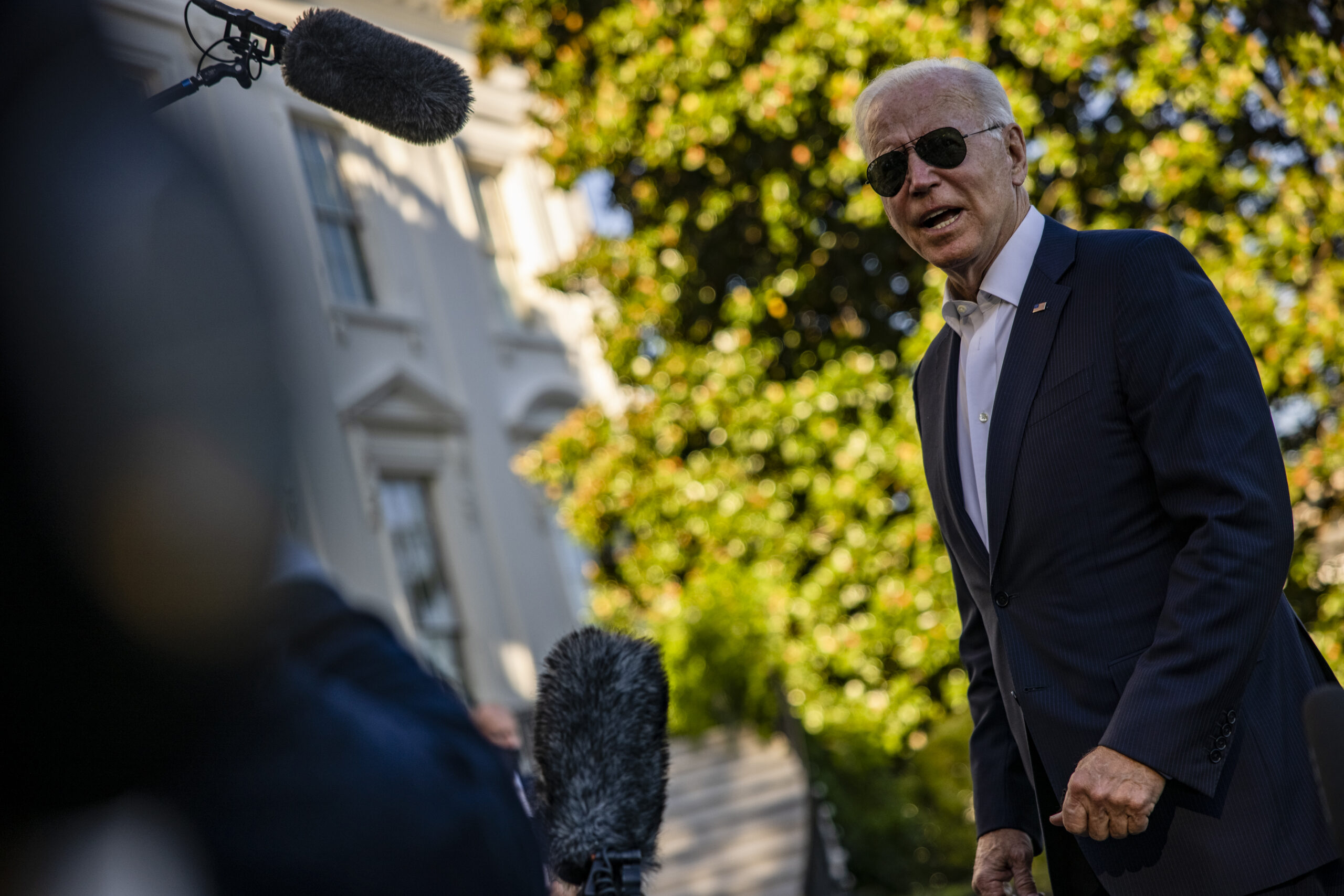 President Joe Biden takes questions from reporters at the White House after spending his weekend at Camp David on Sept. 26, 2021, in Washington, D.C. The president returns as the deadline for debt ceiling negotiations approaches and a massive infrastructure bill is still being worked on by Congress. (Samuel Corum/Getty Images)
By Claire Williams

House Speaker Nancy Pelosi (D-Calif.) said she’s confident she has the votes to pass the $1 trillion infrastructure bill on Thursday. And new Morning Consult/Politico polling shows that she has support among the broader electorate, as well.

More than half of voters (56 percent) say they support the bipartisan package passed by the Senate last month. 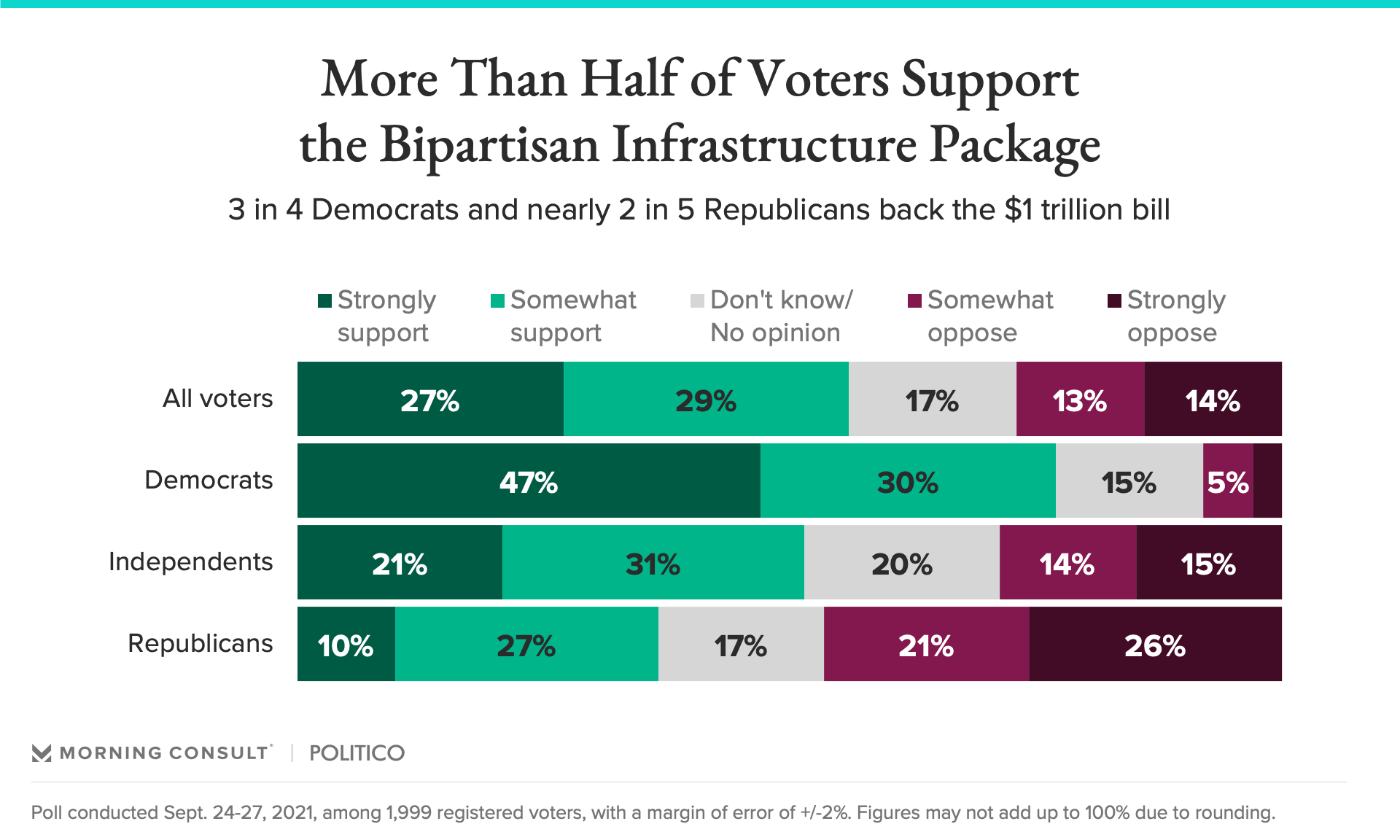 Democratic voters are most likely to back the infrastructure package (77 percent). Nearly half of Republicans said they oppose the bill, but 37 percent still said they back it.

Historically, the individual provisions of the bill have had broader public support than the package overall.

Much of the haggling in recent weeks has centered around the bill’s cost, with some Republicans and moderate Democrats arguing the price is too high, while progressives have said the funding doesn’t go far enough. Voters are split between whether the $1 trillion figure is too much or the right amount, at 42 percent and 43 percent, respectively. Fourteen percent said it’s too little to spend on infrastructure.