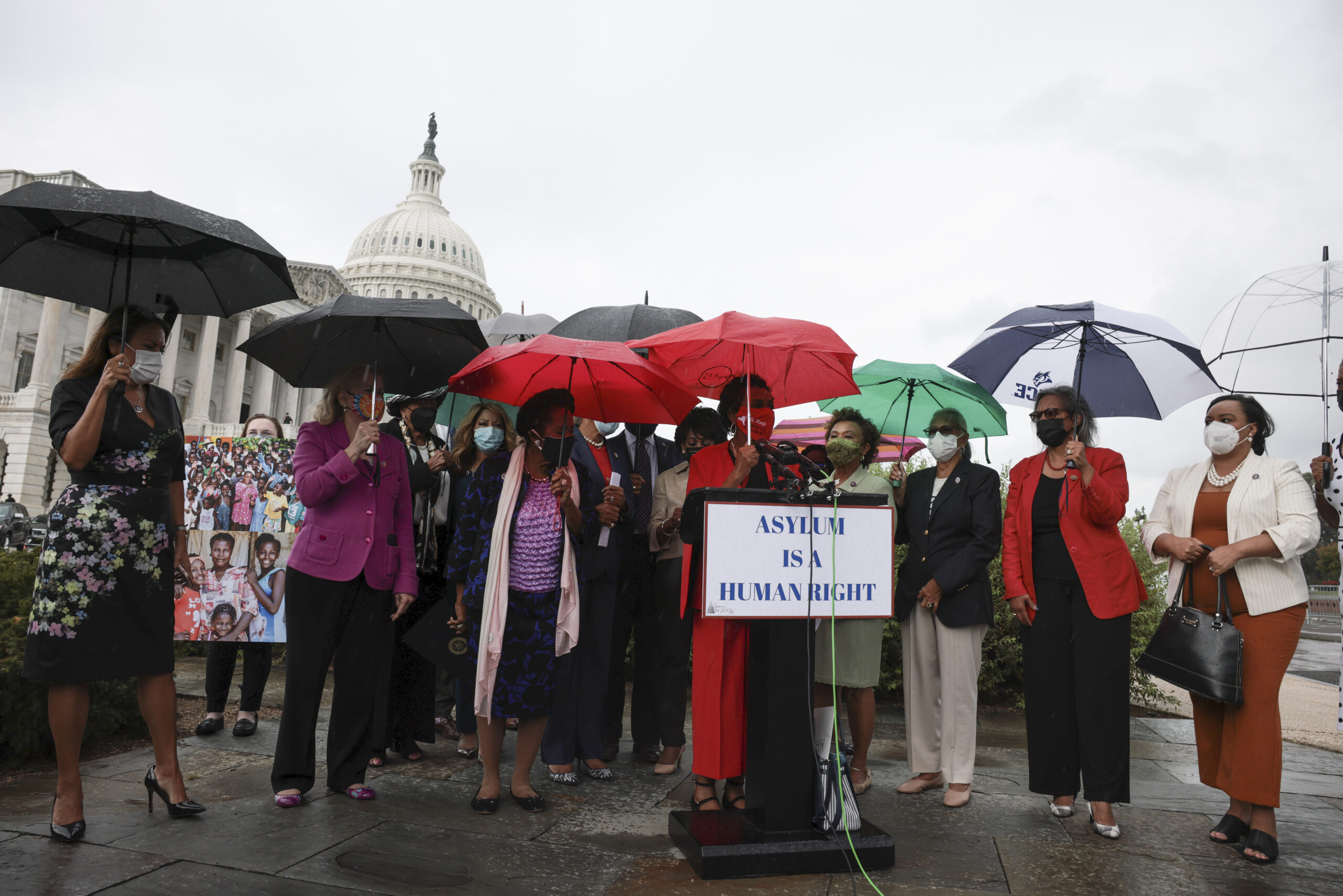 Rep. Yvette D. Clarke (D-N.Y.), center, speaks during a news conference on Sept. 22, 2021, in Washington about the treatment of Haitian immigrants at the U.S. border in Texas. President Joe Biden said the United States would allow 125,000 refugees during the fiscal year that starts Oct. 1 from the previous cap of 62,500, but voters generally oppose the move. (Anna Moneymaker/Getty Images)
By Eli Yokley

President Joe Biden delivered on a campaign promise last week when his administration announced it would raise the cap on refugees for the fiscal year that begins on Friday. The move was cheered by migrant advocates, but a new Morning Consult/Politico poll found it to be largely unpopular with the American people.

Half of the voters in the Sept. 24-27 survey said they oppose the Biden administration’s move to increase the number of refugees allowed to enter the United States for the upcoming fiscal year from 62,500 to 125,000, while 37 percent supported the policy.

Voters were asked whether they support or oppose the following increases
to the limit on refugees allowed into the United States:

The numbers in the latest survey were nearly identical to when voters were asked in May about support for Biden’s decision to raise the refugee cap for the current fiscal year from a historic low of 15,000 set by the Trump administration to 62,500, and the same holds true when they were asked in February about Biden’s executive order announcing his intent to to raise the refugee cap in October.

The polling provides the latest reminder of Democrats’ vulnerability on immigration, which has featured with increasing prominence in Republican messaging on the campaign trail, Capitol Hill and in the media in recent years. It’s unclear how salient the topic will become in next year’s midterm elections, but the data suggests it’s a political loser for the party in power.

As of last week, a majority of voters (55 percent) disapproved of Biden’s handling of immigration, up 16 percentage points from his opening weeks in office and his worst marks on a list of 14 issues regularly tracked in Morning Consult/Politico polling.

In the latest poll, Republicans in Congress are narrowly favored over their Democratic counterparts, 44 percent to 39 percent, on trust to handle immigration, a sizable swing from January, when Democrats in Congress had a 10-point edge in trust on the question.