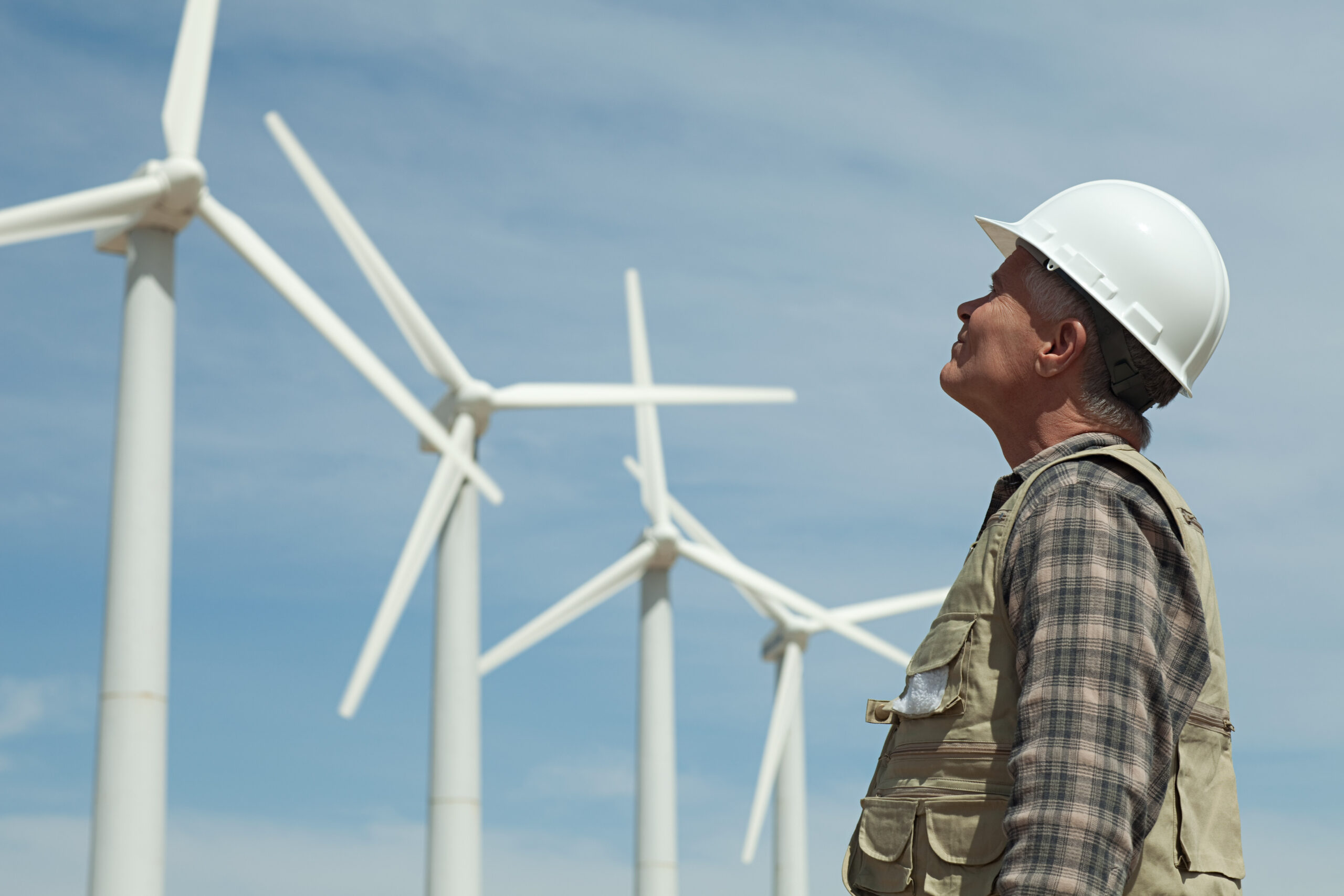 More than a year since the onset of the coronavirus pandemic, the energy efficiency sector is still weathering its impacts, with employment numbers significantly below pre-pandemic projections, according to a new report shared exclusively with Morning Consult.

The U.S. energy efficiency workforce climbed to 2,115,533 people as of June 2021, up slightly from a year earlier but still creeping toward full recovery at a relatively glacial pace, per pre-pandemic data from Environmental Entrepreneurs (E2) and E4TheFuture, which partnered in putting together the report.

Given its consistent growth in the previous years, pre-pandemic projections anticipated that the sector’s workforce would be closer to 2,522,551 people by mid-year, amounting to a deficit of more than 400,000 jobs. 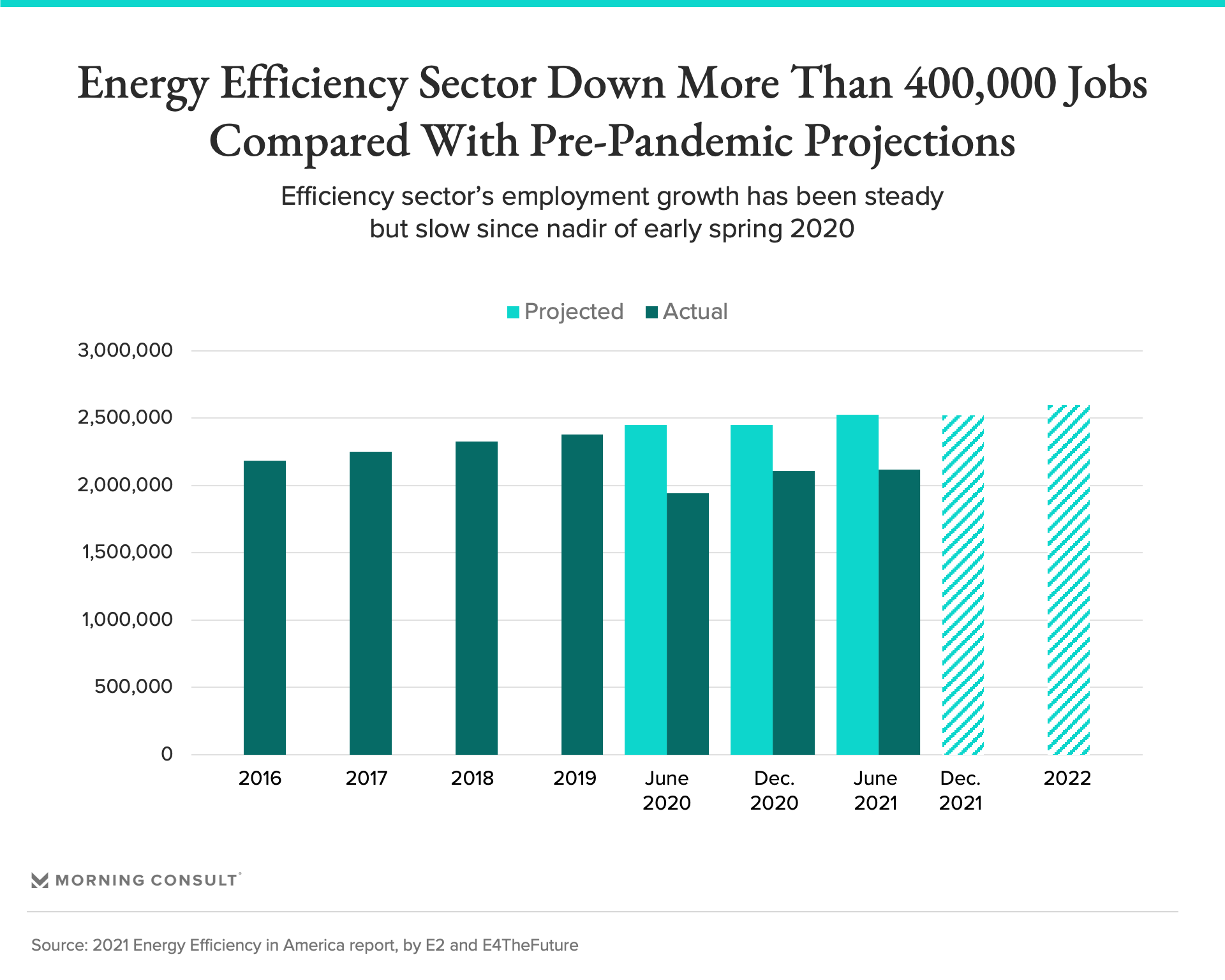 Despite the setbacks, the Energy Efficiency Jobs in America report found that the sector’s 2.1 million-person workforce makes it the energy industry’s largest group, even compared with fossil-fuel sectors like oil, gas and coal. Efficiency as a sector includes building upgrades, heating and cooling systems and appliances, among others.

However, the majority (75 percent) of the sector’s employees are men, and its share of Black (8.4 percent) and Hispanic (15.2 percent) employees is lower than the averages for the national workforce of 12.1 percent and 18 percent, respectively. One of the report’s major findings is that the sector “needs to do more to prioritize minorities and women” for access to employment.

The report found that efficiency investments alone could potentially reduce nationwide residential electricity use by 32 percent. And weatherization upgrades could lower energy costs for the same low-income communities and communities of color that already bear the brunt of climate change by 25 percent.

Related: Inclusion of Tax Credits for Renewable Energy, Electric Vehicles in Democrats’ Budget Plan Has Support of 3 in 5 Voters

“Most of today’s existing buildings — whether privately or publicly owned — will remain in use in 2050,” the report says. “This represents a huge opportunity.”

E2 and E4TheFuture compiled the research using the 2021 U.S. Energy and Employment Report, (which analyzes Bureau of Labor Statistics data) for 2020 job numbers, as well as a combination of Department of Labor weekly unemployment data and more recent BLS data (analyzed by BW Research Partnership) for 2021 job numbers. Throughout 2020, the groups also tracked the pandemic’s impact on overall renewables industry employment on a monthly basis.

This report — the groups’ fifth-annual installment — comes as lawmakers debate the scope of a major reconciliation package, and the efficiency sector awaits news of whether a significant influx of federal money is in the cards.

As it currently stands, the proposed legislation includes funds for home electrification and efficiency, federal building efficiency and the Weatherization Assistance Program among its climate and energy provisions. However, given the lack of agreement on Capitol Hill about its scope, it remains to be seen whether any or all of the above will actually become law.