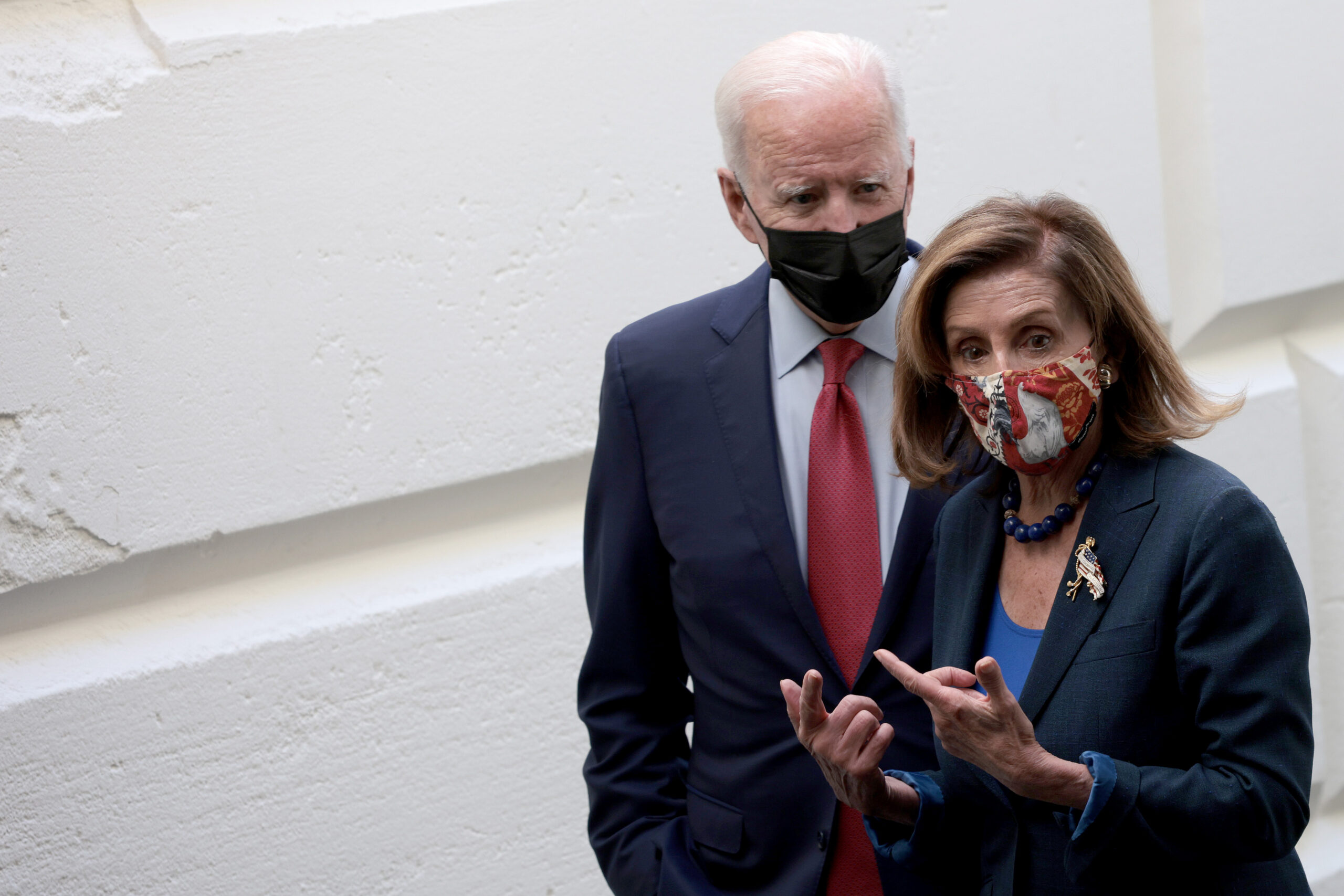 President Joe Biden and House Speaker Nancy Pelosi (D-Calif.) exit a House Democratic Caucus meeting on Oct. 1. New polling shows it's been a grueling few months for the Biden administration and its partners on Capitol Hill, with more voters saying they have accomplished less than expected at this point. (Win McNamee/Getty Images)
By Eli Yokley

With the Democrats’ agenda in Washington stalled on a number of high-profile issues, voters are increasingly underwhelmed by the party’s achievements.

Since the end of June, the share of voters who say President Joe Biden has accomplished less than they expected since taking office in January increased 12 percentage points, to 40 percent, according to the latest Morning Consult/Politico poll. That’s the same share who say Democrats in Congress have underperformed, up 6 points since the June 25-28 survey. 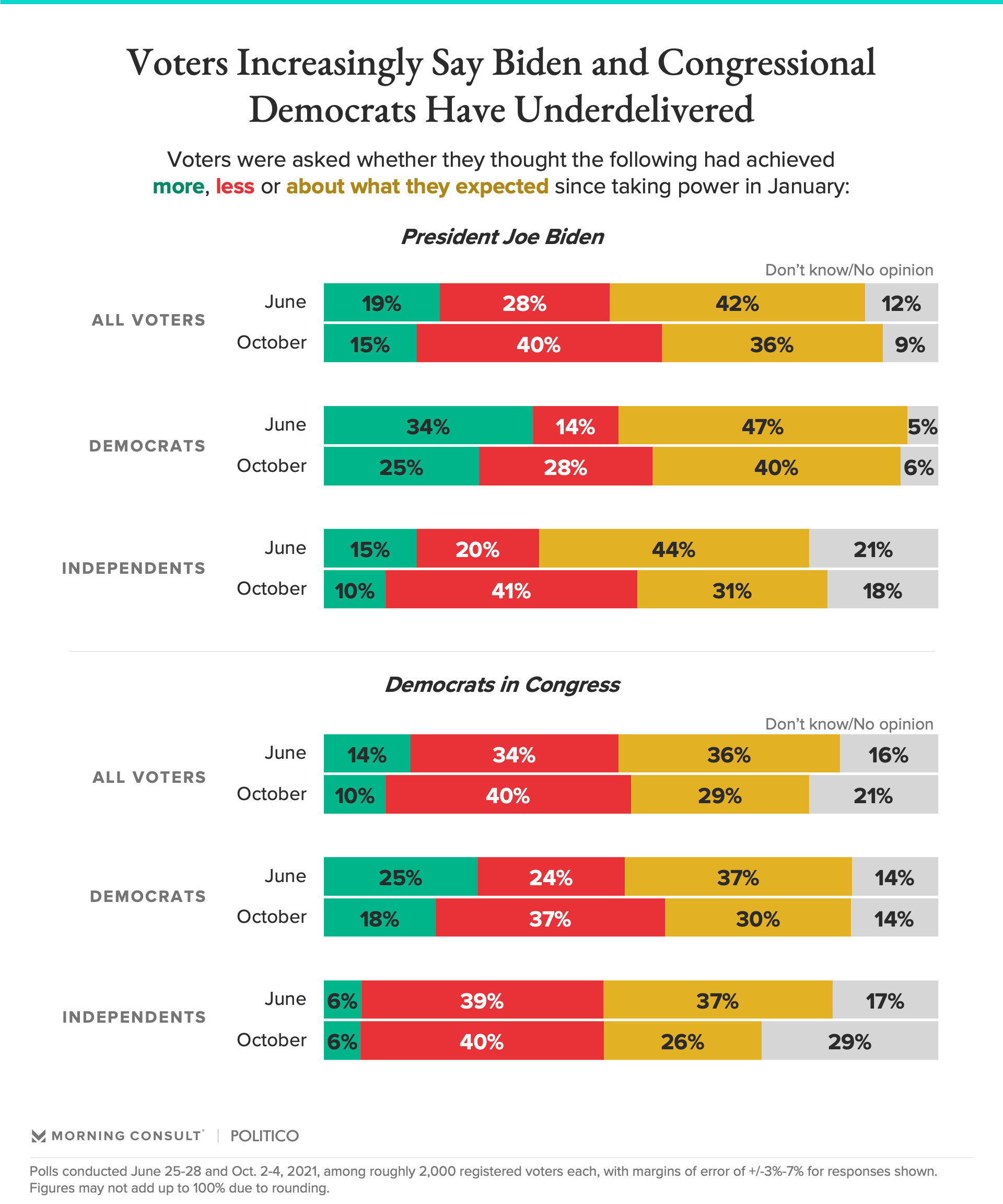 The past three months have been particularly damaging when it comes to perceptions of Biden’s accomplishments among two groups key to his party’s chances in the upcoming elections: Democratic and independent voters.

In the Oct. 2-4 poll, 41 percent of independent voters and 28 percent of Democratic voters said Biden has accomplished less than they’d expected, both double the share who said the same in June. The base outlook is even worse for Democrats in Congress: Democratic voters are now more likely to say their party’s lawmakers are underperforming expectations than overperforming or meeting benchmarks.

The latest polling came at the height of dysfunction on Capitol Hill, after liberal priorities addressing voting rights and electoral governance, immigration and policing had already been stymied by Senate Republicans.

Last week, Democrats in Congress delayed action on the president’s “Build Back Better” infrastructure and social spending proposals past a self-imposed deadline – something that roughly 3 in 5 voters reported having seen, read or heard at least something about. Lawmakers also barely averted a shutdown over GOP opposition to raising the federal debt limit, an unresolved issue that had similar salience with the electorate even before the Treasury Department’s deadline later this month.

The latest mess in Washington – which comes on top of overarching voter concerns related to the economy and the pandemic, where Biden’s standing has continued to weaken – has helped pull Biden’s job approval rating to its lowest point in Morning Consult/Politico polling since he became president in January.

Over half of voters (52 percent) disapprove of Biden’s job performance, up 9 points since the June survey, while 45 percent approve, down by the same margin. It’s part of a slow but steady decline since the summer amid concerns about inflation, the COVID-19 delta variant and the withdrawal from Afghanistan.

The poll also brings more good news for congressional Republicans, who now trail Democrats in Congress by just 1 point on the generic ballot, 42 percent to 43 percent, compared with a 4-point deficit last month.