Americans Are Open to a Black James Bond, So Long as He’s a Straight Man

Nearly half the public opposes a gay or female Bond 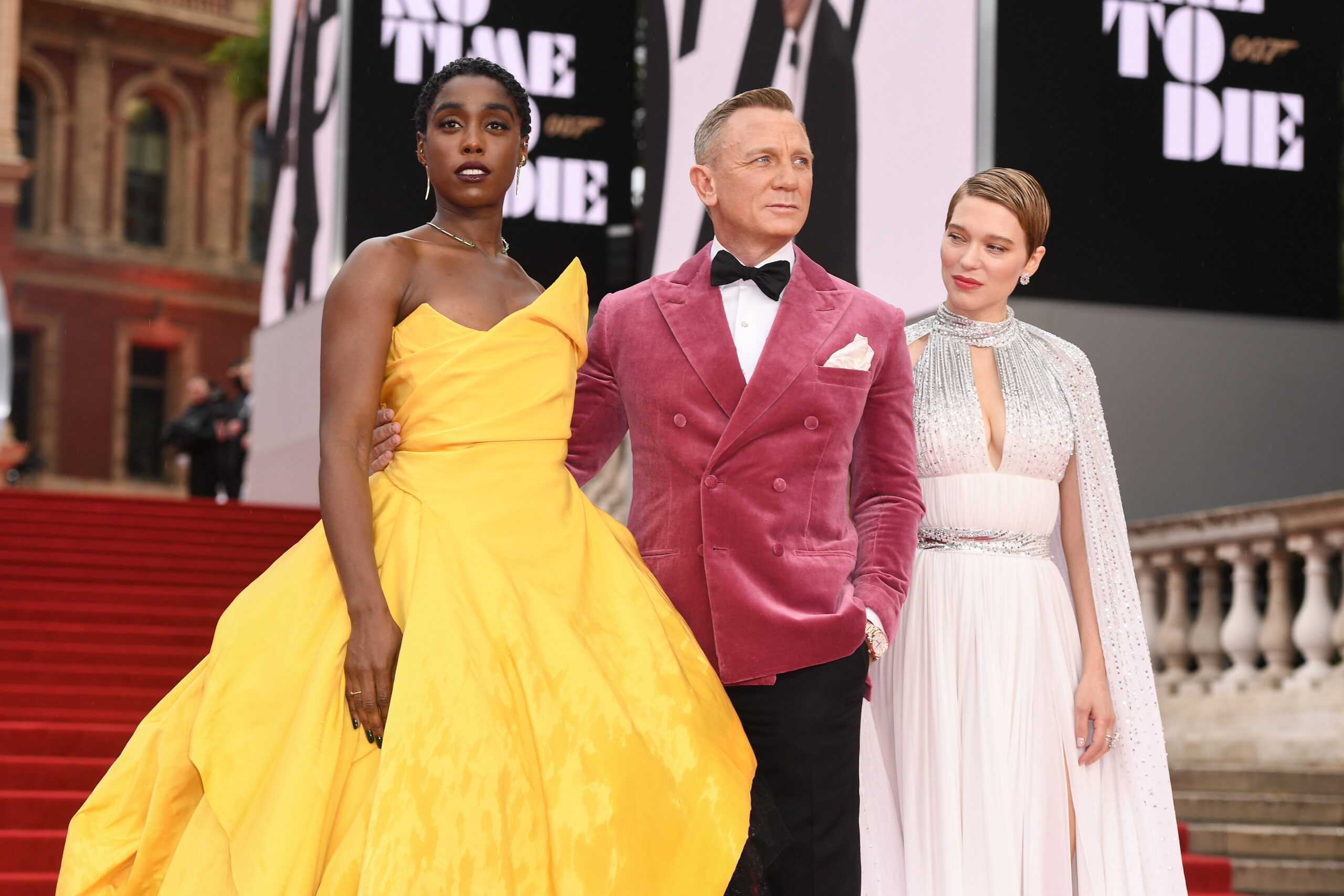 Lashana Lynch, Daniel Craig and Léa Seydoux attend the world premiere of "No Time To Die" at the Royal Albert Hall on Sept. 28 in London, England. Forty-five percent of Americans support the idea of a Black actor succeeding Craig as the next 007. (Ian Gavan/Getty Images)
By Sarah Shevenock

James Bond likes when his martinis are shaken up. Americans, however, don’t want the same to happen to the portrayal of the iconic movie spy.

“No Time to Die,” which marks actor Daniel Craig’s final appearance as Bond, hits theaters on Friday, and the franchise’s producers have announced they will soon begin the search for his replacement. While many have called for the franchise to use this opportunity to make the blockbuster films more diverse, a new Morning Consult survey shows that Americans aren’t excited to change the traditional image of 007.

When provided with a series of options for a portrayal of Bond other than as a straight, white, British man, respondents were most in favor of an American James Bond, with 51 percent support — a decline of 6 percentage points from a 2018 poll. The Sept. 27-29 survey also found that 45 percent of U.S. adults support a Black actor taking on the role — though that was down 7 points from 2018.

Respondents were asked if they support or oppose the following portrayals of James Bond:

Though Black actress Lashana Lynch will make history as the first woman to earn the 007 title in “No Time to Die,” fans and cast members have for years called for the franchise to further diversify, suggesting A-list Black actors such as Idris Elba, Daniel Kaluuya and “Bridgerton” star Regé-Jean Page to succeed Craig as the next actual Bond.

Bond films remain popular, as evidenced by the early success of “No Time to Die” in the United Kingdom, where last weekend it earned the franchise’s biggest opening to date. In its 60-year history on screen, the Bond character has never been portrayed as anything other than a straight, white, British man.

Actor Ben Whishaw, who played “Q” in the three most recent Bond films, recently called for an openly gay British actor to be cast in the role, and suggested actors Luke Evans and Jonathan Bailey as candidates. Craig himself made headlines for saying he doesn’t believe a woman should take on the role, but that the entertainment industry should instead create better, original roles for women and performers of color.

Barbara Broccoli, longtime producer of the Bond franchise, seemingly issued the final verdict on the matter when she said that “James Bond is a male character.”